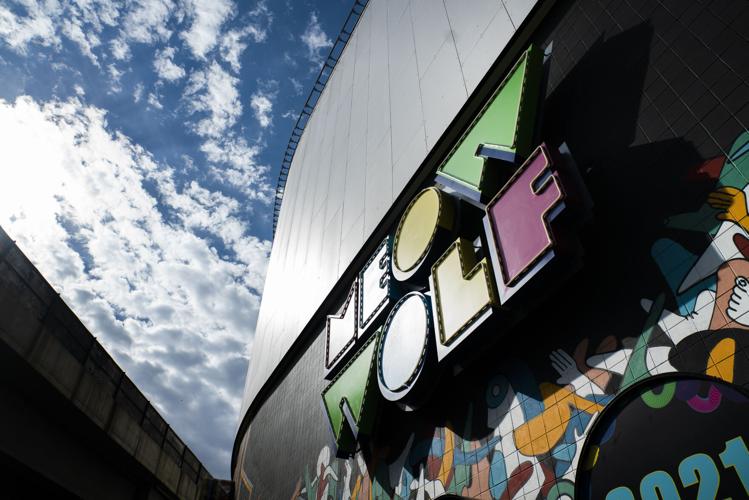 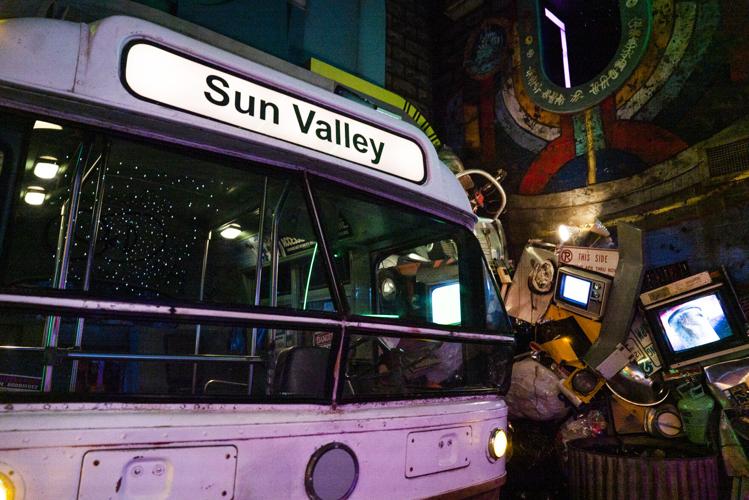 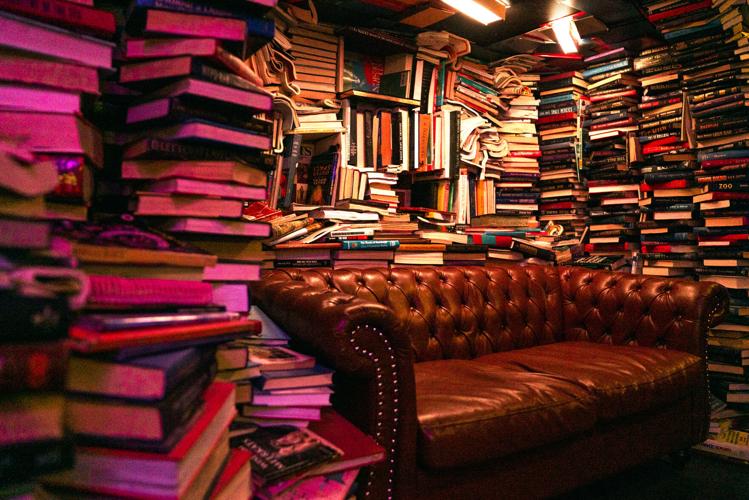 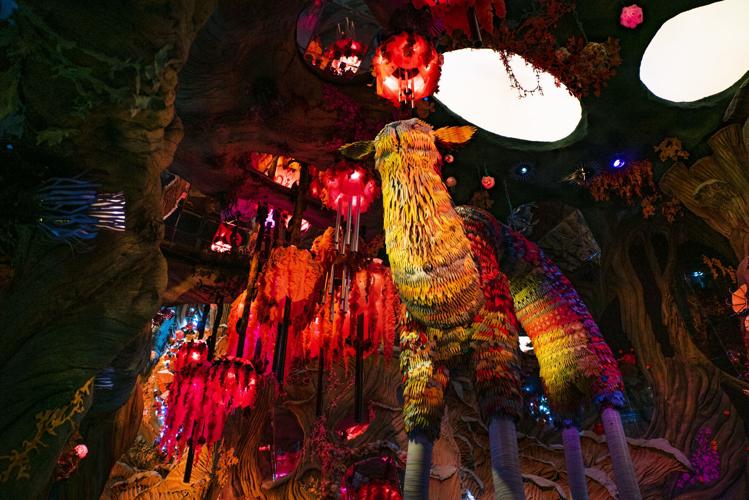 Numina, one of four destinations within Convergence Station, is seen during a media tour of Meow Wolf 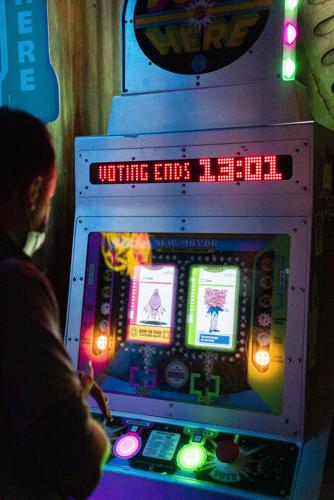 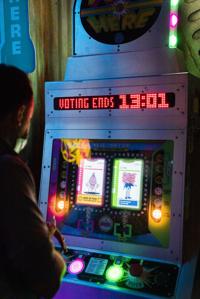 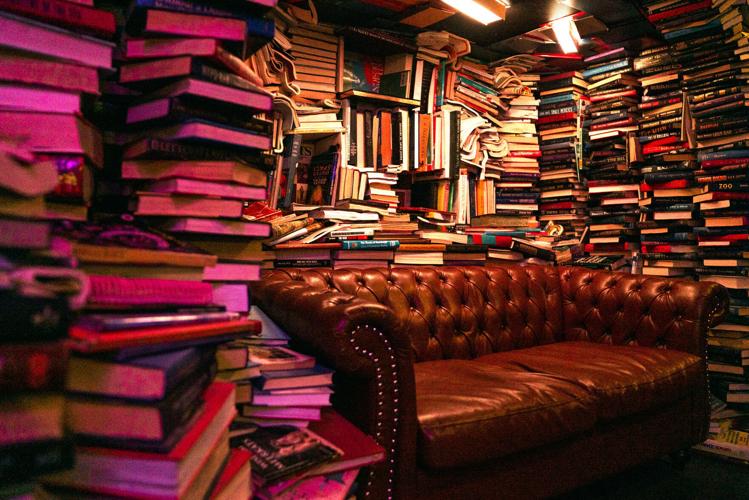 A scene from a media tour of Meow Wolf

Numina, one of four destinations within Convergence Station, is seen during a media tour of Meow Wolf

A scene from a media tour of Meow Wolf

Everyone is talking about Meow Wolf. Even if they have no clue what they are actually talking about. (And that’s AFTER touring the biggest thing to happen to American pop art since Andy Warhol popped his can of Campbell’s Soup.)

This place is a hyper-stimulating head-scratcher, to be sure. But it scratches a big, cosmic, mind-blowing itch that already has altered the pop-culture landscape in Denver — and it’s only been open since Friday.

If you have been taking in all of the massive advance media coverage of Meow Wolf’s arrival and are still sheepishly asking, “Yeah, yeah, but what … IS IT … exactly?” I am here for you. Not with many answers (I am only human), but a few insider tips to help you from becoming completely lost while wandering the four-floor, 90,000-square-feet “artstravaganza” that has newly saturated the downtown skyline as it pops up above the Colfax Viaduct just west of I-25.

So what is the Meow Wolf experience … exactly? Well, it’s many things at once. It’s a truly impressive multimedia modern-art exhibit. And it’s a Dave & Buster’s for the “Stranger Things” set. And it’s an Easter Egg hunt for super-smart gamers. It’s a cheeky fever dream, a future world and a selfie palace and just about the biggest escape room in the multiverse (with no locked doors).

On its most basic and understandable level, Meow Wolf is an endless, pulsating, 3-D modern-art exhibit that pushes every form. This is maximalism to the max. We’re talking neon, projections, video, paintings, music, steel, lighting, dioramas, spray painting, woodworking and even crochet. Eighty separate and often anachronistic commissioned art projects have been carefully curated into this strange new world they call “Convergence.” (More on that in a sec.)

As Stefon would say on “Saturday Night Live,” it’s got everything: My favorite room is a dystopian cave that features inner-city rats standing in for boxers in a Rock ’Em Sock ’Em-style cage match. There’s a Tim Burton-inspired purification room with laundry machines that spin everything from tiny aliens to teeth. There’s a hilarious Wac-A-Mole ode to prairie dogs where you can crawl in and be one with the moles. Visit a creepy, alternate universe Chuck E. Cheese. Tour “Bacon Faces” — 666 murals inspired by Francis Bacon … and bacon. Don’t miss the creature who vomits rainbows.

But there are also deeply meaningful and culturally significant art displays including the Indigenous Futurist Dreamscape Lounge, which combines music with the epic storytelling of Denver artist Stevon Lucero, who combines Toltec, Aztec, Chicano, and Afrofuturist traditions. His collaborator, Molina Speaks, calls this room “a space for humanity, indigeneity, coexistence, creativity and radical imagination.” Another room uses multimedia in an attempt to capture the frayed, synaptic nature of Alzheimer’s disease.

But as you walk around, you are sure to notice there’s something more going on here than spectacular art that both drops jaws and calls attention to urgent social issues.

There is a dense, bottomless sci-fi narrative to all of this, smartly conceived as such to keep the enthralled puzzle-solving crowd coming back time and again. But unless you are proactive in your approach to engaging with the exhibit, you might miss it. Unlike we lazy media types who got the origin story spoon-fed to us last week, the Meow Wolfers will only tell you so much.

Here’s what they want you to know going in: Twenty-seven years ago, a freak cosmic event merged four worlds from different universes, erasing the memories of all residents. Each has its own characters and histories that inform the larger tale. I would tell you more, but most of the beans that got spilled to me already have been lost inside the memory storm that is my brain.

Here’s what you want to do:

1. When you first enter the lobby, and before you enter the actual Meow Wolf experience, approach a staff member and ask for a Q-Pass. It’s like a credit card — only in this world, the sole currency is memories (called “mems”) and … oops, I’m getting ahead of myself. Suffice it to say, you are going to need this card to unlock clues to the story that come in the form of inconspicuous “ATM” machines and games that slowly reveal the story to you. But they won’t just hand one to you, so remember to ask. Your card will keep track of how much you learn along the way.

2. Once inside, make your first stop the “Library of Ossuary” on the third floor. It’s an easily missed passage that contains all sorts of background information that can put you on a solid storytelling path. Look for it, because you might never find it on your own.

3. At any given time, up to 3,500 people might be making their way through Meow Wolf. So it’s also a good idea to step back from the masses and identify Meow Wolf staffers you might otherwise mistake for enthusiastic cos players taking in the experience themselves. They are called “creative operators,” and they are there to help you. But again, they won’t come to you. On an earlier preview visit, my friend engaged a young man playing a character named Yuti. She pumped him for information, and he put us on a path to a great story we never could have discovered on our own. He was stationed outside a 1960s-style RTD bus destined for Sun Valley, one of Denver’s poorest neighborhoods.

While it makes no evident sense for a bus from Denver to be in this world when Earth is not one of the story’s four converged worlds, the storytellers cleverly incorporated a key plotline that justifies the story’s Denvercentricity. It involves the fate of four missing women, one a long-ago RTD bus driver from Denver named Pam Rodriguez

“Pam is a critical character in our narrative,” said James Longmire, Meow Wolf’s Senior Story Creator. “She was a bus driver in Denver’s Sun Valley neighborhood, and 27 years ago, she drove her bus through a portal at the exact moment of convergence into the side of the old Midwest Steel Building that existed right here on Colfax Avenue.”

So, as the story goes, that act of derring-do created a tether that made it possible for Q-Dot (the Multiversal Transit Authority) to open a line straight from Convergence to Zuni Street in Denver.

Now, that might be an intergalactic storytelling reach, but it justified Meow Wolf putting Pam’s 1960s Sun Valley RTD bus into the exhibit as a means of telling visitors a far more important, real-life story from back in 1978. That’s when Denver’s “Gang of 19” threw themselves in front of buses in protest of RTD’s lack of disability services. The group blocked the intersection of Colfax and Broadway for a day, chanting, “We will ride!” That protest effectively launched a foundational movement in Denver to counter many kinds of discrimination and abuse faced by the disabled community.

The first thing my friend noticed when we climbed onto that old bus at Meow Wolf is that it isn’t accessible to the disabled. Odd, and potentially illegal, we wondered, given that this is 2021, not 1978. But by asking for the backstory, we learned that this bus has been left intentionally non-compliant. Precisely so you might ask why.

It’s a risk for Meow Wolf to adopt an “Ask, then Tell” storytelling strategy to all of this, but it’s also refreshing that the company favors audience curiosity over providing visitors with so much information that they don’t need to think for themselves.

So what is Meow Wolf? Well, it’s just the coolest, most confusing thing ever.

And if you live in Denver, it’s a pretty good bet that if guests visit you anytime over the next many years, repeat visits to Red Rocks and Meow Wolf are in your future.