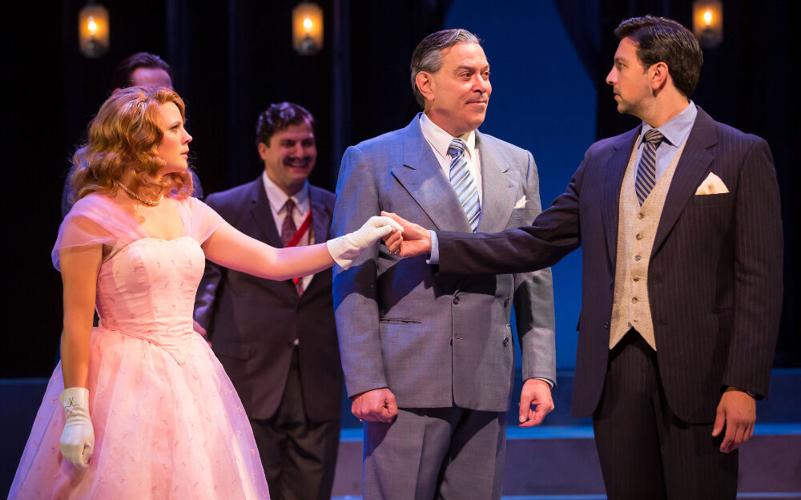 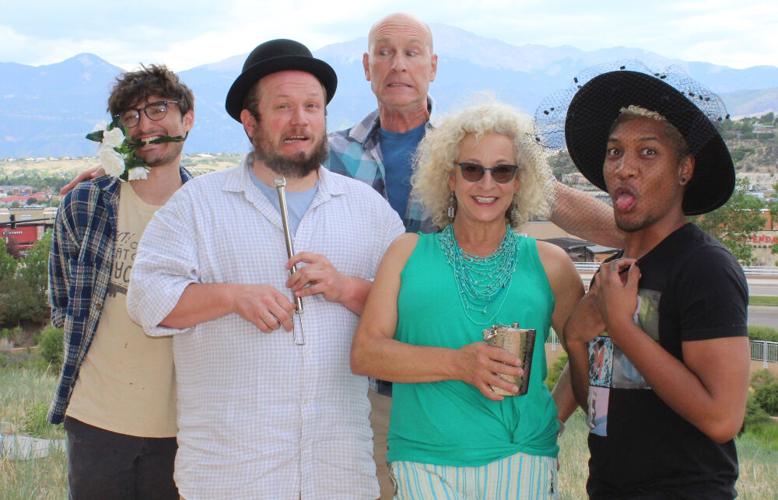 Some of the 'Twelfth Night' cast at TheatreWorks.

The cast of the Colorado Shakespeare Festival's 'The Book of Will.' 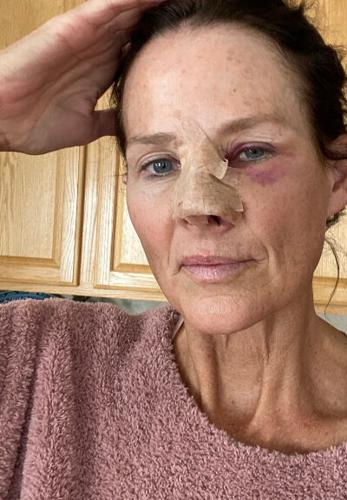 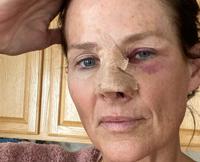 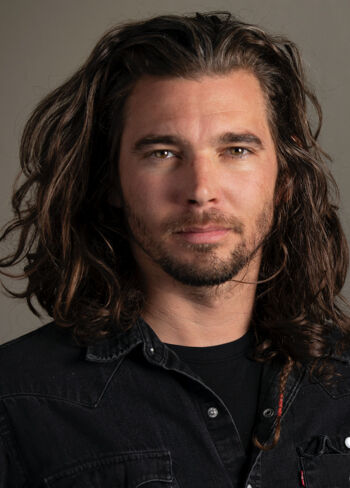 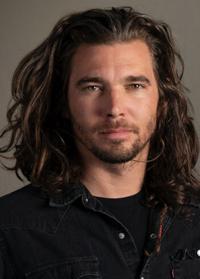 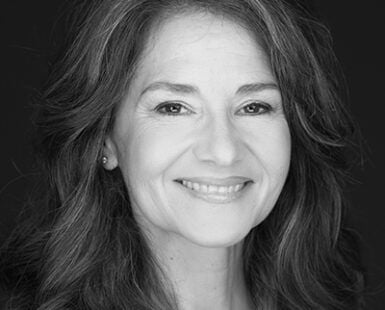 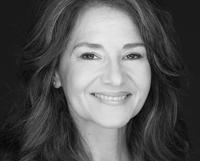 Wheat Ridge native Jacquelyn Ritz is a featured player in the Broadway-bound musical 'Lempicka,' which will open on Broadway in the 2022-23 season. 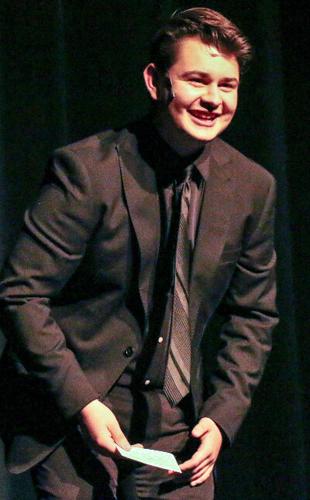 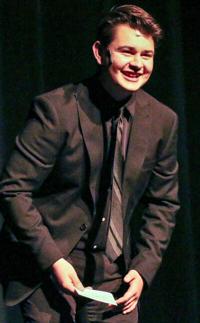 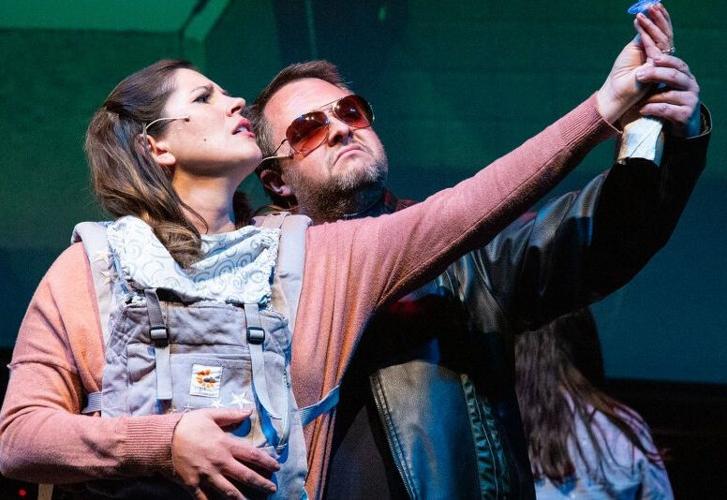 'In the Trenches: A Parenting Musical.'

Shakespeare has written some of the greatest female characters in the English language, but when it comes to being woke in 2022, the Bard is, at best … a restless sleeper.

With everything from classic novels and TV shows to Broadway musicals now being reconsidered through a more enlightened (less patriarchal) lens, Shakespeare would seem to be a major candidate for culture canceling. And yet, 400 years later … he endures.

In Colorado, Shakespeare is on stage everywhere from Boulder, home of the second-oldest summer Shakespeare Festival in the county, to Colorado Springs to Longmont to Centennial.

It seems being the greatest writer in the history of the English language still counts for something – although you can’t help but squirm from time to time watching his problem plays play out.

Take the 65-year-old Colorado Shakespeare Festival, which prides itself on regularly rotating throughout the entire Shakespeare canon, so – no dodging. This year, that means taking on two of the Bard’s more obvious problem plays in the #MeToo era – “Two Gentlemen of Verona” and “All’s Well That Ends Well.” In the former, a scoundrel named Proteus is called out of town and instantly leaves his intended behind, saying, “I will forget that Julia is alive.” He then doggedly pursues his best friend’s girlfriend, fully unaware that Julia, in disguise, is right by his side throughout the play, witnessing his unforgivable lechery first-hand. And yet, Shakespeare would want us to want them to be reunited in the end.

In “All’s Well that Ends Well,” it doesn’t – end well, that is. At least not for Helen, a doctor’s daughter who falls for the wrong guy. Or for Bertram, the mean-spirited philanderer who is ordered to marry her. She fakes her death, sleeps with him in disguise and gets pregnant, so he is then forced to either marry her or face charges of seduction and abandonment. Have a great life, lovebirds!

Colorado Shakespeare Festival Producing Artistic Director Timothy Orr intentionally assigned both hot potatoes to female directors (Carolyn Howarth and Wendy Franz) who both took liberties with the text that empower Shakespeare’s women to deliver some of the most damning assessments of the offending men. Both directors add ambiguities to their endings that give each of the offended women agency to hatch possible (unscripted) escape clauses. But the plays are what the plays are.

Orr says both of his creative teams have been wrestling with these questions for a year, and he believes asking them right now in 2022 is part of how we collectively move forward.

“What we kept asking ourselves was, ‘What’s on the other side of making a mistake? Is that it? What happens next? Can there be forgiveness?’” Orr said. “Those are all very important questions in 2022. Because what is the alternative?”

Orr doesn’t mind saying that both plays, neither of which usually sells like hotcakes, “are crushing it at the box office.”

Elsewhere, Colorado Springs TheatreWorks is presenting “Twelfth Night,” with all its gender-swapped hijinks, as its traditional summer Shakespeare offering, but not where it usually does, in the field at Rock Ledge Ranch west of the city. The play is being staged on the lawn outside the Ent Center for the Arts through July 31 – except on Friday nights, when it moves inside to the Dusty Loo Bon Vivant Theatre to avoid competing noise.

The Longmont Theatre Company and Theater Company of Lafayette are partnering for “Antony and Cleopatra,” Shakespeare’s classic tale of romance and treachery, which is being staged in various indoor and outdoor locations in Longmont, Lafayette, Erie and Boulder through July 24.

And then there’s Leigh Miller’s COVID-delayed “Shakespeare in the Wild” production of “A Midsummer Night’s Dream,” directed by Sam Gregory, which will play out in an open-space meadow near the Goodson Recreation Center in Centennial from Aug. 19-28.

“If our collective goal is to better include all of the voices in our community, then I think Shakespeare is one of the best ways to do it,” Miller said. “Gender fluidity, racial inequity and empowering women are all conversations begging to be had – and they are all present in Shakespeare’s works.”

There are also two Shakespeare-esque offerings worth noting. The Rocky Mountain Repertory Theatre in Grand Lake is staging “Desperate Measures,” a madcap musical comedy takeoff on “Measure for Measure” in late 1800s Arizona. And the Colorado Shakespeare Festival’s cherry to Bard fans is a powerfully performed “The Book of Will,” a 2017 play by Lauren Gunderson that imagines how Shakespeare’s plays were very nearly lost to history until a group of friends set out to publish an anthology many years after his death.

This production, directed by Rodney Lizcano, includes a unique and deeply moving epilogue that is a gift to all of the Colorado Shakespeare Festival’s working artists and audiences. Definitely worth taking in.

Kathy Sabine, 9News’ seven-time Emmy Award-winning Chief Meteorologist, has delivered important information to viewers for 29 years, but nothing as essential as the message she shared this week on social media: “Skin cancer is real.”

Sabine Tweeted word of her own diagnosis, fears and treatment, saying: “It’s painful and scary. Even if you grow up and enjoy the outdoors at elevation like I have my whole entire life and you wear sunscreen and hats, sometimes it’s just not enough.” Sabine included several difficult, necessary photos of her face after having the cancer removed by dermatologists at Castle Rock Surgery.

Sabine told her followers that yearly screenings, early detection and knowing the specific facts about skin cancer are key. “Knowledge is power, and there are things you can do to prevent skin cancer with your own family,” said Sabine, who recently was flipped from her traditional place on the 10 o’clock newscast to the early evenings. No word on when she will return to the air.

Robbyn Hart out at KBCO

Robbyn Hart, who in a sane world should be celebrating her 26th anniversary as a popular on-air personality at KBCO, was included in the latest round of layoffs at iHeartMedia/Denver, along with two program directors, according to the industry website allaccess.com. Hart also served as a news reporter and anchor at KOA Radio. The report also said longtime personality Mike Rosen will no longer be used as a fill-in host on KOA.

Meow Wolf co-founder Matt King, who is fully credited with the inspiration for bringing the otherworldly immersive art collective to Denver last fall, died suddenly on July 9 at age 37. King was not just the heart and soul but the energy and fire of Meow Wolf, co-founder and former CEO Vince Kadlubek told the Santa Fe New Mexican newspaper. “Without Matt, we would not be where we are,” he said.

King was the lead designer of Denver’s Convergence Station, the second Meow Wolf installation to open outside of the collective’s home base of Santa Fe. It is anchored by a 35-foot-tall cathedral that had to be lowered by crane before the roof was installed.

Convergence Station welcomed its 1 millionth visitor in June, just nine months after opening near Mile High Stadium. The company has declined to comment on the cause of death.

Just as the Denver Fringe Festival finishes its first fully functional year comes the bad news that the longstanding, 10-day Boulder International Fringe Festival is taking the year off. Never good news when something has been an 18-year mainstay. “We are trying to plan something for 2023 but we probably will not know anything until the fall,” said founder David Ortolano.

Denverite could be Broadway-bound

Holy Family High School and University of Colorado graduate Jacqueline Ritz is part of the Broadway-bound musical “Lempicka,” now having its final tune-up through July 24 at the La Jolla Playhouse in San Diego. It is the story of painter Tamara de Lempicka’s escape from the Russian Revolution to the top of the Jazz Age art-deco world. It is written by Matt Gould and Carson Kreitzer, and is directed by Rachel Chavkin, who won the 2019 Tony Award for directing “Hadestown.”

The musical stars Eden Espinosa, who, once upon a time, workshopped another Broadway-bound musical, “Brooklyn,” right here in Denver at what is now the Su Teatro Performing Arts Center. Ritz plays the Baroness, but there is no word yet on the Broadway cast.

The Denver Actors Fund has given its inaugural Service Award to rising Highlands Ranch High School junior Eli Testa, who during the pandemic formed a theater company called Future is Bright. His cast and crew of 30 – no adults allowed – raised $8,200 for the DAF, an all-volunteer nonprofit that has paid nearly $1 million of Colorado theater artists’ medical bills. Students from ages 14-18 can sign up to audition this week for the next Future is Bright benefit in January by going to this google.com doc.

City Park Jazz starts an hour early this Sunday (July 17) with its third annual Brass Band Extravaganza. The extended evening starts at 5 p.m. with a lineup of the No Hands Brass Band, Tivoli Club Brass Band and the Badda Boom Brass Band, ending at 8 p.m. with a mega-brass-jam at the City Park Pavilion and Bandshell …

“In the Trenches,” a parenting musical comedy that real-life Denver parents and performers Graham and Kristina Fuller have been developing around town for years, had a big growth spurt Wednesday (July 13) when it was staged for one night only at Feinstein's/54 Below in midtown Manhattan. The show, written very much in the vein of “I Love You You’re Perfect, Now Change,” was directed by Robert Michael Sanders and choreographed by Jessica Hindsley. It featured Denver actors Valerie Igoe and Scott Rathbun among its ensemble. “I’m living the dream tonight,” Rathbun said.

The Empire Lyric Players call themselves “Denver's premier Gilbert and Sullivan troupe,” but c’mon – they are Denver’s only Gilbert and Sullivan troupe. But they have been tongue-twisting  with the modern Major-General since 1958, when the company was organized by a group of Holy Family High School graduates. “The Pirates of Penzance” continues through Sunday (July 17) at the Lakewood Cultural Center.

John Moore is the Denver Gazette's Senior Arts Journalist. His is also the founder of the Denver Actors Fund mentioned above. Email him at [email protected]

'The Book of Will'

Shakespeare in the Wild