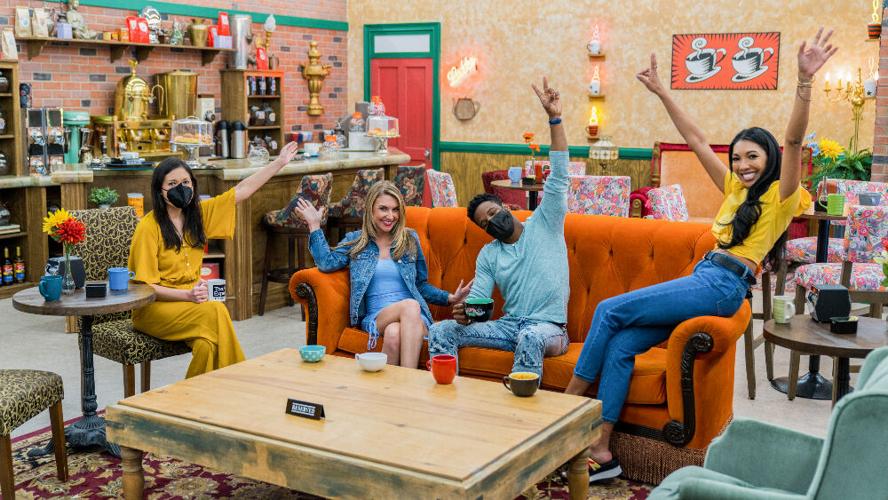 'The Friends Experience' at the Cherry Creek Shopping Center is being intentionally marketed as an exercise in shared nostalgia for people of all skin colors, according to its promoter. 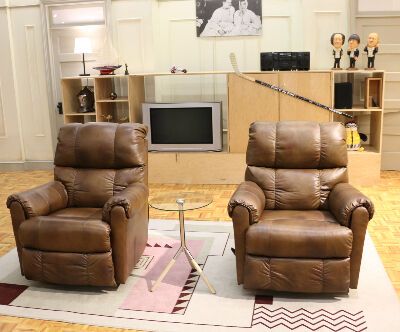 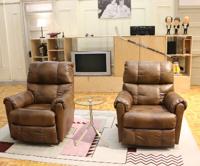 You can sit for selfies in the recliners from Joey and Chandler's apartment. 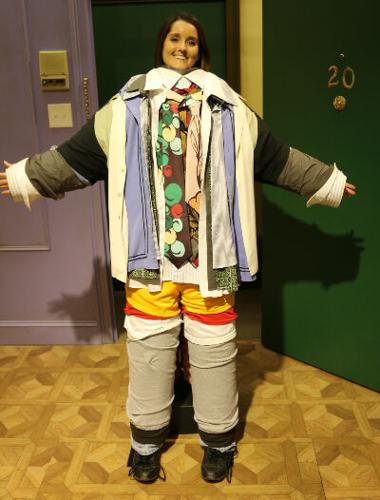 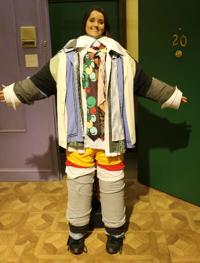 You can stand behind one of the 'Friends' costumes for selfies. 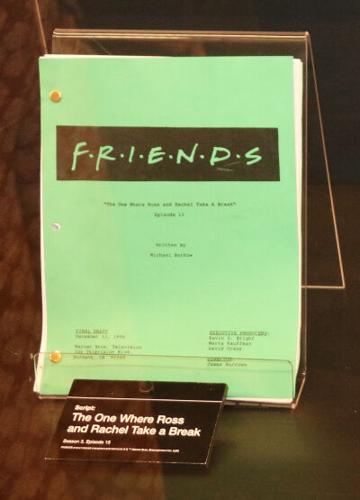 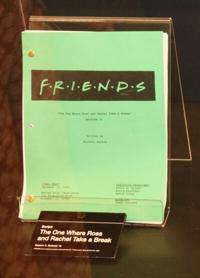 One of the more famous 'Friends' scripts. 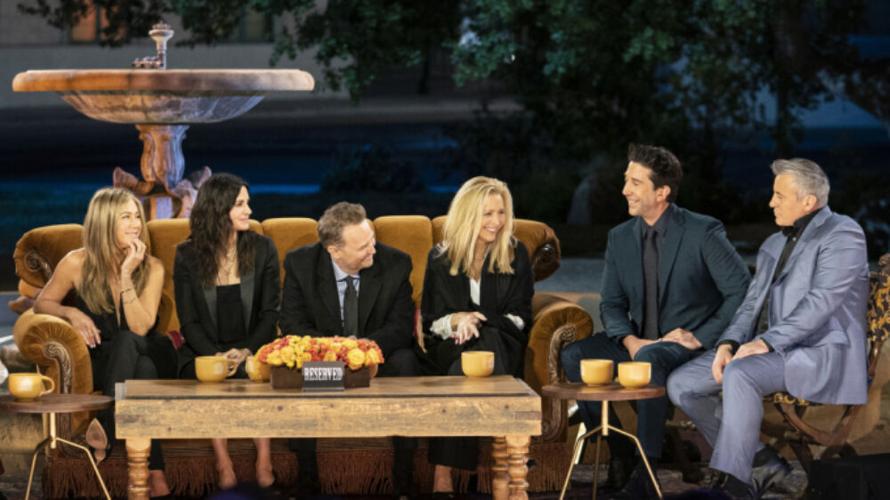 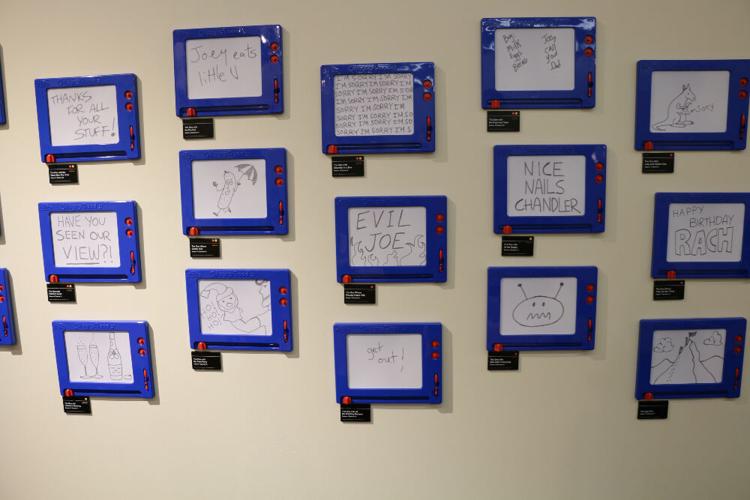 Examples of the many magnet Doodles from 'Friends.' 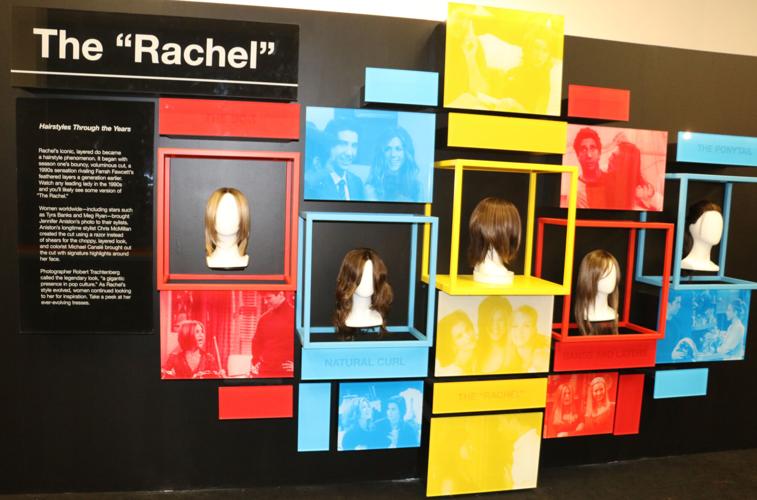 This display celebrates some of Rachel's iconic hairstyles on 'Friends.'

I’d like to believe I’ve been dancing a fairly friendly two-step with the inevitability of aging. I accept that there comes a time when hair stops growing where you want it to and suddenly starts to grow where you don’t. I have taken to filling my car with gas when I’m down to half a tank. I’m cool with it.

Well, I was. Until I mentioned to my college theater students that “Jagged Little Pill” recently turned 25 years old. Blank faces. So I tried again.

“You know, 25 years of bastardizing the word ‘ironic?’ ” Crickets.

So I flat-out asked for a show of hands how many of my students had even heard of Alanis Morissette. Two dozen hands stayed down. Two dozen mouths remained frozen mid-yawn. One drooling cheek stayed glued to the table in front of her. It was like, I dunno … rain on your wedding day.

I love nostalgia, under one personal condition: The nostalgia can’t be younger than I am. “Jagged Little Pill” dropped in 1995. That was also the second year the hit TV sit-com “Friends” was on the air. The one about the six impossibly beautiful young adults who lived in impossibly expansive and expensive New York City apartments. The show normalized the notion that, after you leave the nest, your friends truly do become your chosen family. And it went on to become, by any measure, one of the most popular TV series of all time. The series finale was viewed by 52.5 million in 2004.

It just wasn’t my jam at the time. I was a few years older, caught in that still ill-defined gap between Baby Boomers and Gen-Xers. Because I worked nights, my only appointment TV was “Seinfeld” and “The Simpsons.” (Hey, we all make choices.)

Ross had a pet monkey; I rescued a cat with feline AIDS from the North Shore Animal League. I lived with two other people in a 600-square-foot studio; the Friendsters lived in apartments that looked as big as, well, a TV studio. They hung out at Central Perk; I caught last call at The Irish Pub.

About the closest intersection between “Friends” and my New York life was the fact that Joey played Dr. Drake Ramoray on the soap opera “Days of Our Lives.” I lived across the hall from a real-life soap star named Jon Hensley, who played smoldering Holden Snyder on “As the World Turns” – and lived in an apartment about the size of Ross and Chandler’s.

But while the show never became a part of my pop-culture life the way it did for millions (then and since), I discovered last week just how deeply ingrained, even by proxy, the show has somehow managed to winnow itself into my marrow.

On Thursday, a company called Superfly X opened “The Friends Experience,” a temporary installation in the former Container Store at the Cherry Creek Shopping Center. It’s a tour of 12 interactive “Friends”-themed rooms that will be a leap into the nostalgia fountain for superfans, and a welcoming introduction for the generation now discovering the show on HBO Max.

This fresh wave of “Friends” sentiment began a year ago when the cast gathered for a 25th anniversary reunion on HBO Max. The special was watched by an estimated 29 percent of all U.S. streaming households when it dropped on May 27, 2021, with more than half, not surprisingly, squarely within the show’s enduring demo: Females ages 35-54. “Friends” hasn’t had quite the resurrection that “The Office” has enjoyed, first on Netflix and now on Peacock, but HBO Max does say “Friends” is its No. 1 performing show to date.

And that, says Jamaal Orr, Vice President of Marketing at Superfly X, means there is a whole new generation of “Friends” fans.

“There is a dual audience for this show,” Orr said. “You have folks who grew up watching the show in real time, and now you have their kids who are watching it on HBO Max. And ‘The Friends Experience’ is a bridge between them.”

You hear the term “immersive experience” a lot these days, but that should really be reserved more for on-site theatrical productions with narrative (and quite often freaky) storylines. The biggest in Denver to date opens Aug. 31 when the Denver Center launches David Byrne’s “Theater of the Mind” at York Street Yards.

This is more of a “shared experience,” meaning it is accessible, there is no story to follow, and it’s not even slightly weird. It’s more like walking through an art exhibit in a shopping mall – only you’ll actually understand the art. (So … it’s not Meow Wolf.)

Visitors begin and end, not surprisingly, in a retail gift shop. Entering the experience is like slipping into any one of the show’s 236 episodes, only the characters that gave the show its flesh and blood are … not home today.

You are free to explore the 12 rooms at your own pace. They’re mostly replicas of iconic settings from the show, like Monica’s kitchen and the Central Perk coffee shop. One set replicates the location of the opening-credits sequence, complete with fountain. Another depicts the stairwell where the famous couch once got infamously stuck. You are encouraged to take selfies on the couch, in Joey’s La-Z-Boy or behind iconic costume pieces.

There is one room dedicated in some way to each leading character, including one featuring  Rachel’s evolving, iconic hairstyles. There is a fun, wall-sized, subway-style map that traces the chronology of various relationships. Other walls are devoted to the show’s famous guest stars and animals, Ross’ comic books and Monica’s compulsive cleaning tips. Monitors play looping video interviews with scenic and costume designers.

It’s all comfort food designed to trigger your endorphins and memories of a sweeter, safer time – just as the streaming show comforted millions of sheltered Americans during the pandemic.

“We all just spent two years inside binge-watching television, and now we have the opportunity to go inside the thing that we were binge-watching, which I think is a really interesting, meta experience,” Orr said.

But the monkey on Ross’ back here is the ever-present reminder of the show’s decade-long disconnection as it pertains to race and inclusivity.

My move to New York City was my first experience living outside of Colorado, and it was infused with living, human color. “Friends” was one of the last big TV franchises that could live safely within an all-White bubble without repercussions. “Friends” didn’t add a person of color as a series regular until Season 9, when Aisha Tyler played a woman who dated Ross for nine episodes. Show co-creator Marta Kauffman has recently acknowledged the show's obliviousness on the issue, saying, "I wish I knew then what I know today. I would make very different decisions.”

“The beauty of TV over time is that sometimes you will see a storyline on ‘Friends,’ and then you see that exact same story play out on ‘Living Single’ or on ‘Martin,' " Orr said. “The ‘Friends’ storylines have universal appeal. We are seeing diverse audiences here at 'The Friends Experience,' so I think it is working.”

It will be fascinating to track whether communities of color actually come out for “The Friends Experience” here in any significant numbers. But TV will never again see ratings like “Friends,” which was the last sit-com to finish No. 1 in the season ratings. This past season, the highest-rated comedy on TV was CBS' Young Sheldon,” with 9.22 million weekly viewers. In this polarizing time of at least two very different Americas, and with entertainment options now proliferating like never before, "Friends" may be the closest we ever get to  "shared nostalgia" ever again.

Maybe that’s what “Friends” was for.

One of Denver's most visible comedians records his first hour-long video special at Comedy Works on Sunday. That and other arts news of the week.

Colorado’s rough and rowdy days can be hard to recall in the mountain towns where they unraveled. Many of these places have opted for the glitz and glamour of resorts.