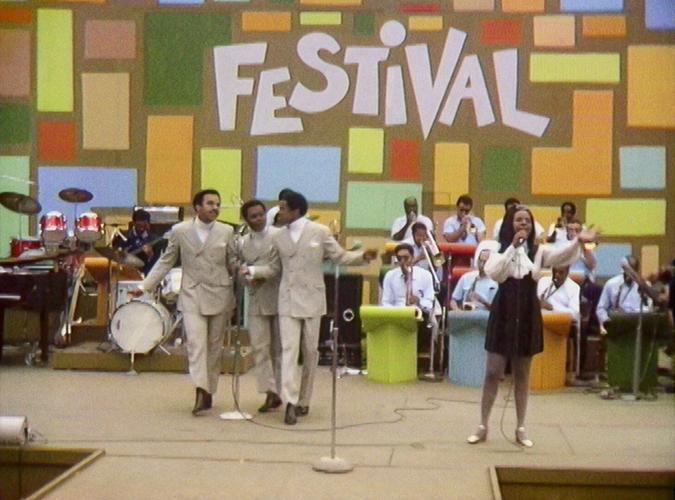 Gladys Knight & the Pips perform at the Harlem Cultural Festival in 1969. 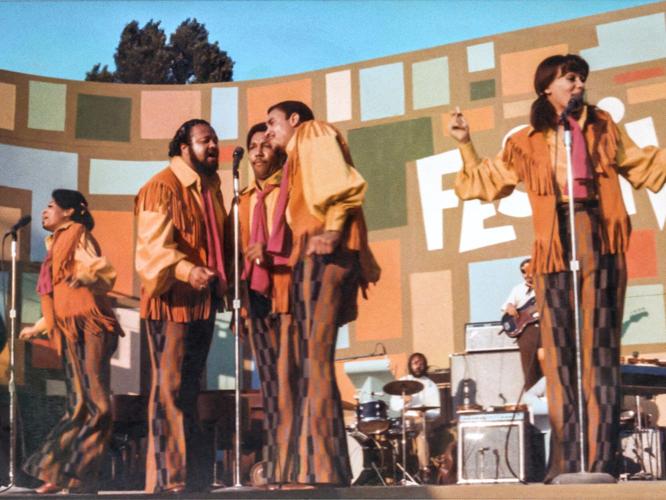 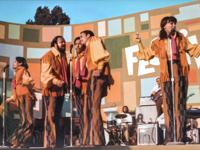 The 5th Dimension performs at the Harlem Cultural Festival in 1969, featured in the documentary SUMMER OF SOUL. Photo Courtesy of Searchlight Pictures. © 2021 20th Century Studios All Rights Reserved 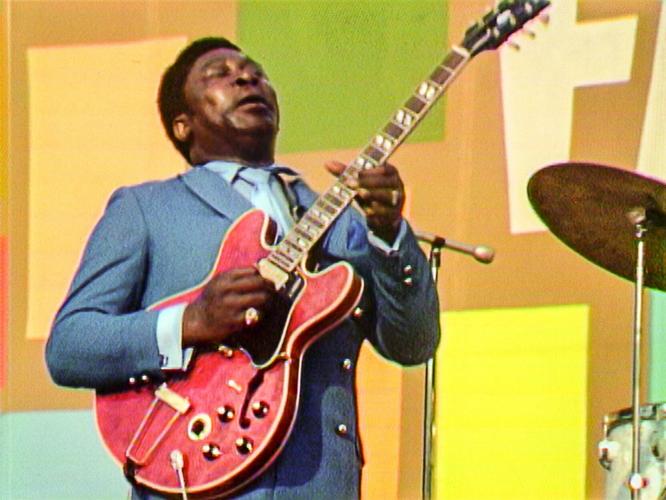 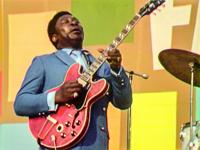 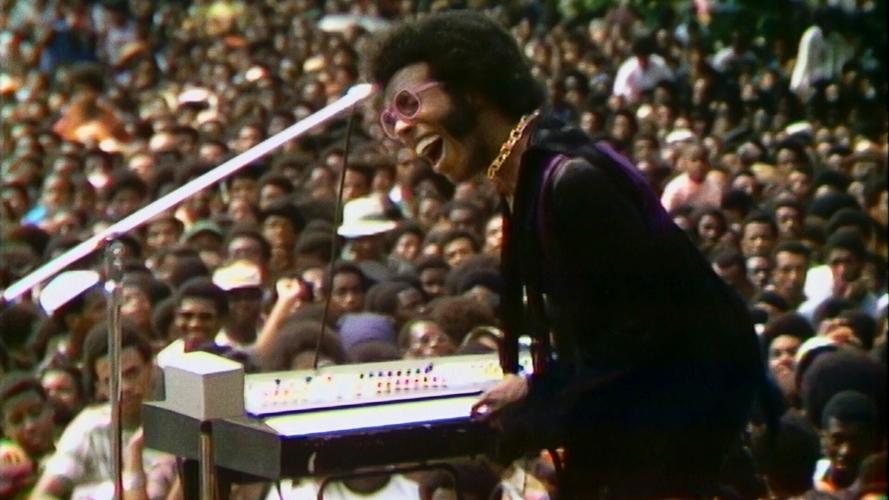 Musician Sly Stone is featured in "Summer of Soul (...Or, When the Revolution Could Not Be Televised)," the directorial debut of Ahmir "Questlove" Thompson. (Mass Distraction Media/Sundance Institute/TNS)

Gladys Knight & the Pips perform at the Harlem Cultural Festival in 1969.

The 5th Dimension performs at the Harlem Cultural Festival in 1969, featured in the documentary SUMMER OF SOUL. Photo Courtesy of Searchlight Pictures. © 2021 20th Century Studios All Rights Reserved

Musician Sly Stone is featured in "Summer of Soul (...Or, When the Revolution Could Not Be Televised)," the directorial debut of Ahmir "Questlove" Thompson. (Mass Distraction Media/Sundance Institute/TNS)

“Summer of Soul (…or, When the Revolution Could Not Be Televised)”

Airs: The documentary film is being released by Searchlight Pictures in association with Onyx Collective and Hulu on Friday. It will also be released in theaters nationwide.

The premise: Nearly overlapping with the 1969 Woodstock festival 100 miles away, some of the country’s most accomplished Black artists performed for over 300,000 people at The Harlem Cultural Festival over six Sundays at Harlem’s Mount Morris Park. Unlike the other music festival upstate, the video recordings from this free event, which would eventually be dubbed “Black Woodstock,” could not find a home and sat in a basement for over 50 years.

Flash forward to today. After making a big impression at the Sundance Film Festival this year, Hulu picked up the rights for “Summer of Soul,” the documentary film directed by The Roots drummer Ahmir “Questlove” Thompson about The Harlem Culture Festival.

Highs: Right from the jump, a performance by Stevie Wonder to start “Summer of Soul” gets you moving, but it also tells you exactly what to expect. The Harlem Cultural Festival was a musical showcase with performances from iconic acts, but it’s also a historical snapshot that focuses on Black culture in a pivotal time in our nation’s history.

The musical performances in “Summer of Soul” are likely to be the most talked about portions of the film, which makes a lot of sense. Seeing a 19-year-old Stevie Wonder, who was still evolving as an artist and hadn’t yet written his masterpiece album, “Songs in the Key of Life,” is amazing. His voice is dynamic and beautiful and he’s full of raw potential.

Equally impressive is seeing a 25-year-old Gladys Knight singing “I Heard It Through the Grapevine” with the Pips. Knight’s voice is distinct and melodic and the Pips move and sing with grace. The legendary Nina Simone’s performance, probably the longest of any in the film, is absolutely powerful. It’s a moving section near the end of the movie.

While these artists shine, the most integral parts of the documentary come from the acts many have likely never heard of before. Pop Staples and The Staples Singers, Hugh Masekela, Abbey Lincoln, Ray Barretto, Mahalia Jackson and The Edwin Hawkins Singers all put on show-stopping performances. Their music is interwoven with deft storytelling that gives songs context but also historical significance. These songs have meaning.

Music is certainly the star of the show, but perhaps what director Questlove does best is let the performers and people who attended the event tell the story of the “Summer of Soul” themselves. Seeing what the world was like in 1969 and what hardships minorities were, and in many ways still are, facing from the people who were experiencing them at the time is impactful. But “Summer of Soul” is also a celebration. The film carries a great sense of positivity, community and joy. It’s an odd dichotomy that works brilliantly because the film looks at a rich culture from multiple perspectives.

Lows: At just under two hours, the film can feel a bit long. Somewhat ironically, it probably would have been even more entertaining if it were a series of four, one-hour episodes rather than one long film. While it touches on events around the world, the documentary is also New York centric. New York City is one of my favorite cities in the world, but for others the setting may be a turnoff.

A bit more troubling is there really aren’t a lot of details on how footage stored in a basement for 50 years ended up becoming an award-winning film. Perhaps there’s a separate “making of” documentary in the works.

Grade: (A-): Compelling, entertaining and in many ways a time capsule for a generation, this film is a toe-tapping good time. If you enjoy music documentaries, you’ll love “Summer of Soul.” This film sings.

What else to stream

“Summer of Soul” is joyous, a celebration of the Black music and culture that have been so integral to the fabric of American life. You won’t want the film to end, but here’s a list of streaming documentaries that will help to fill the void when it does:

• Along the lines of “Summer of Soul,” the 2018 documentary “Amazing Grace” is another rare find of lost footage. In 1972, director Sydney Pollack filmed Aretha Franklin’s performance of her live album taping at New Temple Missionary Baptist Church in Los Angeles. In 2007, Alan Elliott purchased the footage and finally was able to release the film 11 years later. Streaming on Hulu and Kanopy.

• Another fantastic concert film is “Soul Power,” a 2008 film about the Zaire 74 music festival, which accompanied the Rumble in the Jungle boxing match between Muhammad Ali and George Foreman. With James Brown, The Spinners, Bill Withers, Miriam Makeda and Celia Cruz in the lineup, you won’t want to miss this. Rent it on all digital platforms for $2.99-$3.99.

• The 2010 documentary “Soul Train: The Hippest Trip in America” documents what a radical program “Soul Train” was in 1971, along with its host, the uber-cool Don Cornelius. That film is free to watch on YouTube.

•Before even “Soul Train,” there was “Mr. Soul,” Elliz Haizlip’s nationally broadcast all-Black variety show on public television in 1968. His daughter, Melissa Haizlip, directed the award-winning documentary “Mr. SOUL!” about her groundbreaking father, which is available to stream with a PBS membership or through the Alamo Drafthouse streaming platform for $12.

Music, wildflowers and rodeo: enjoy four  festivals coming up in and near Colorado.