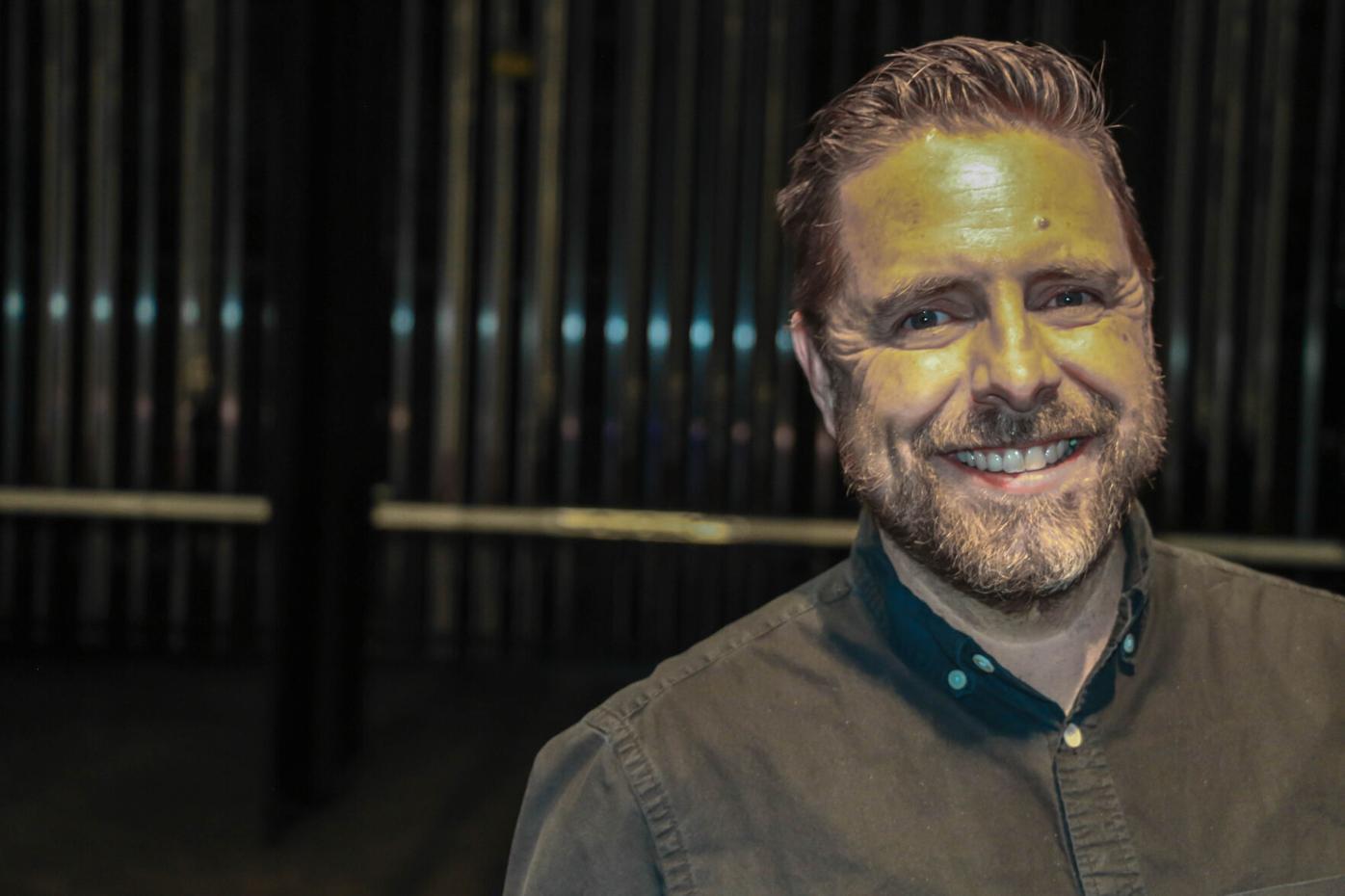 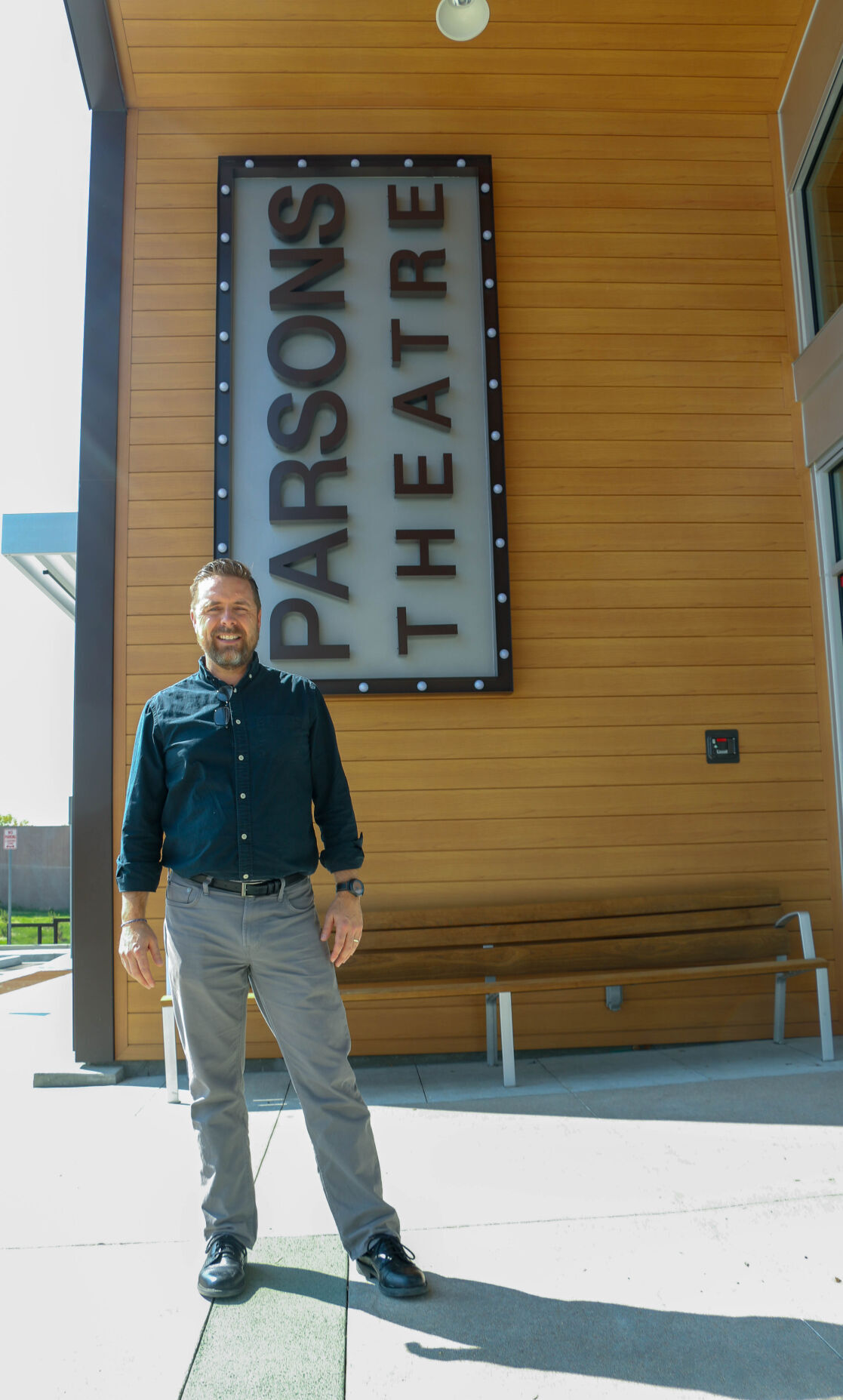 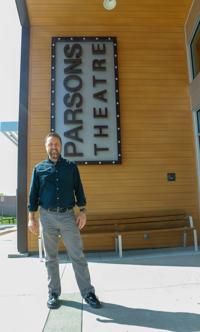 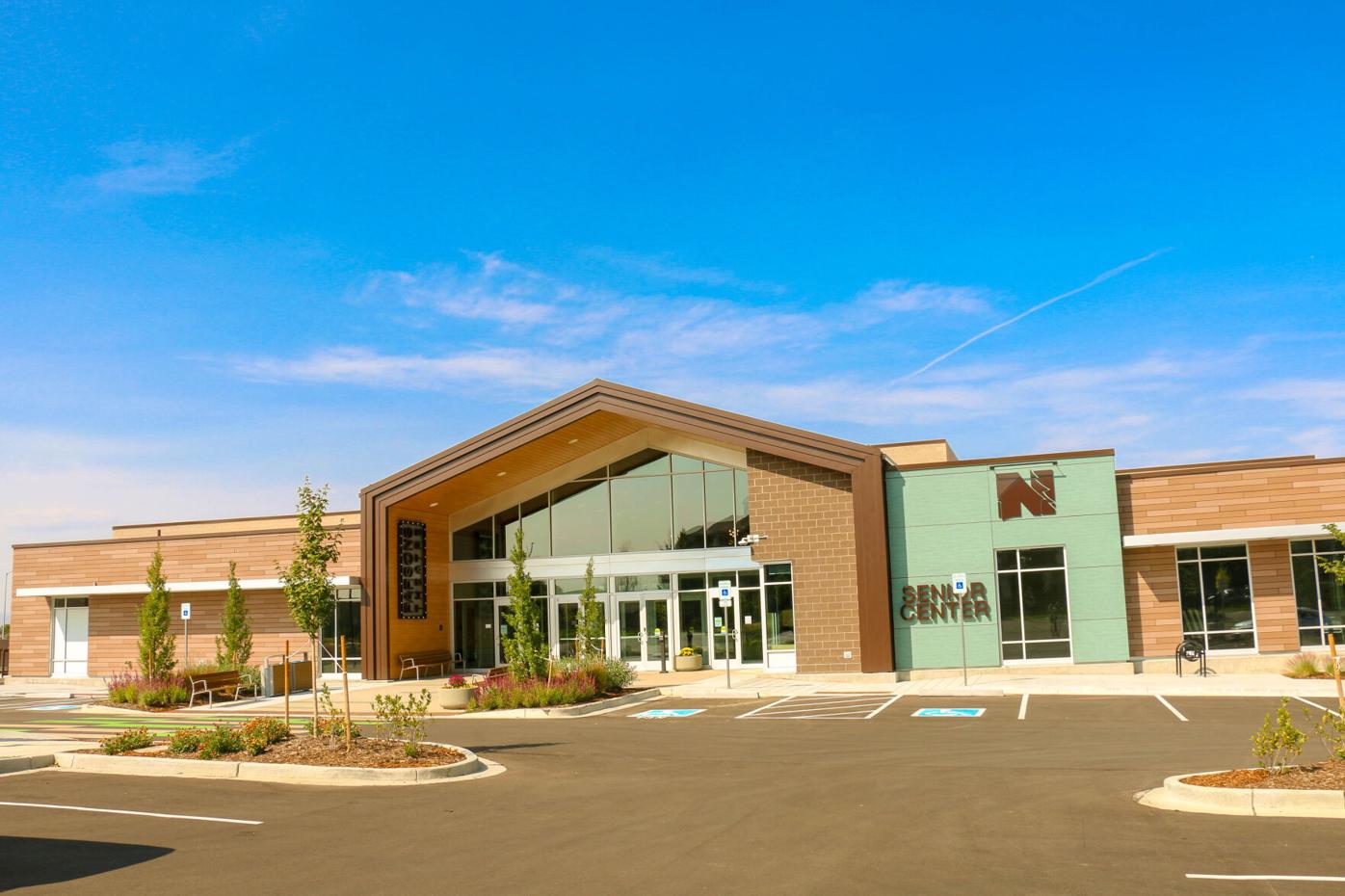 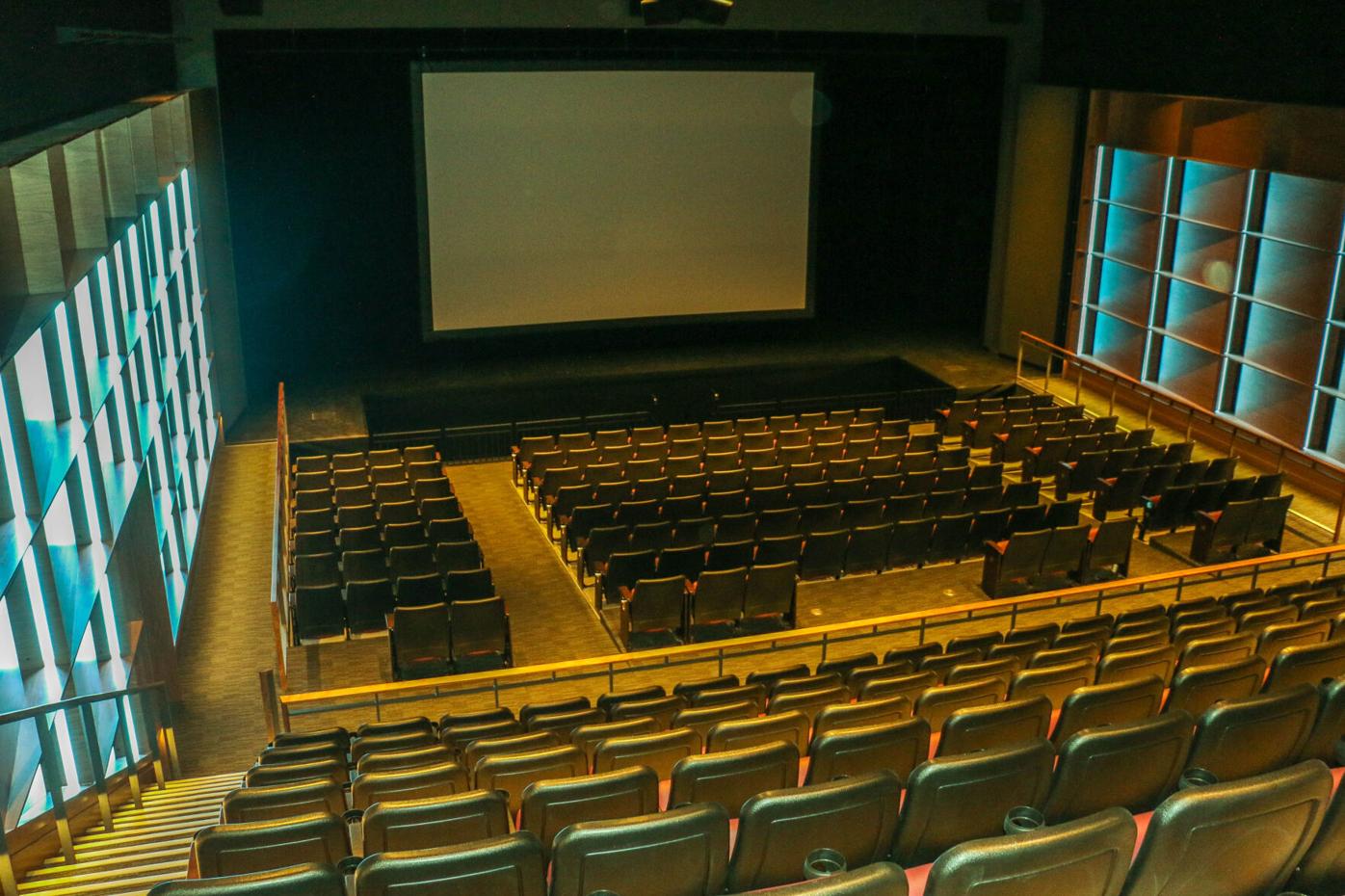 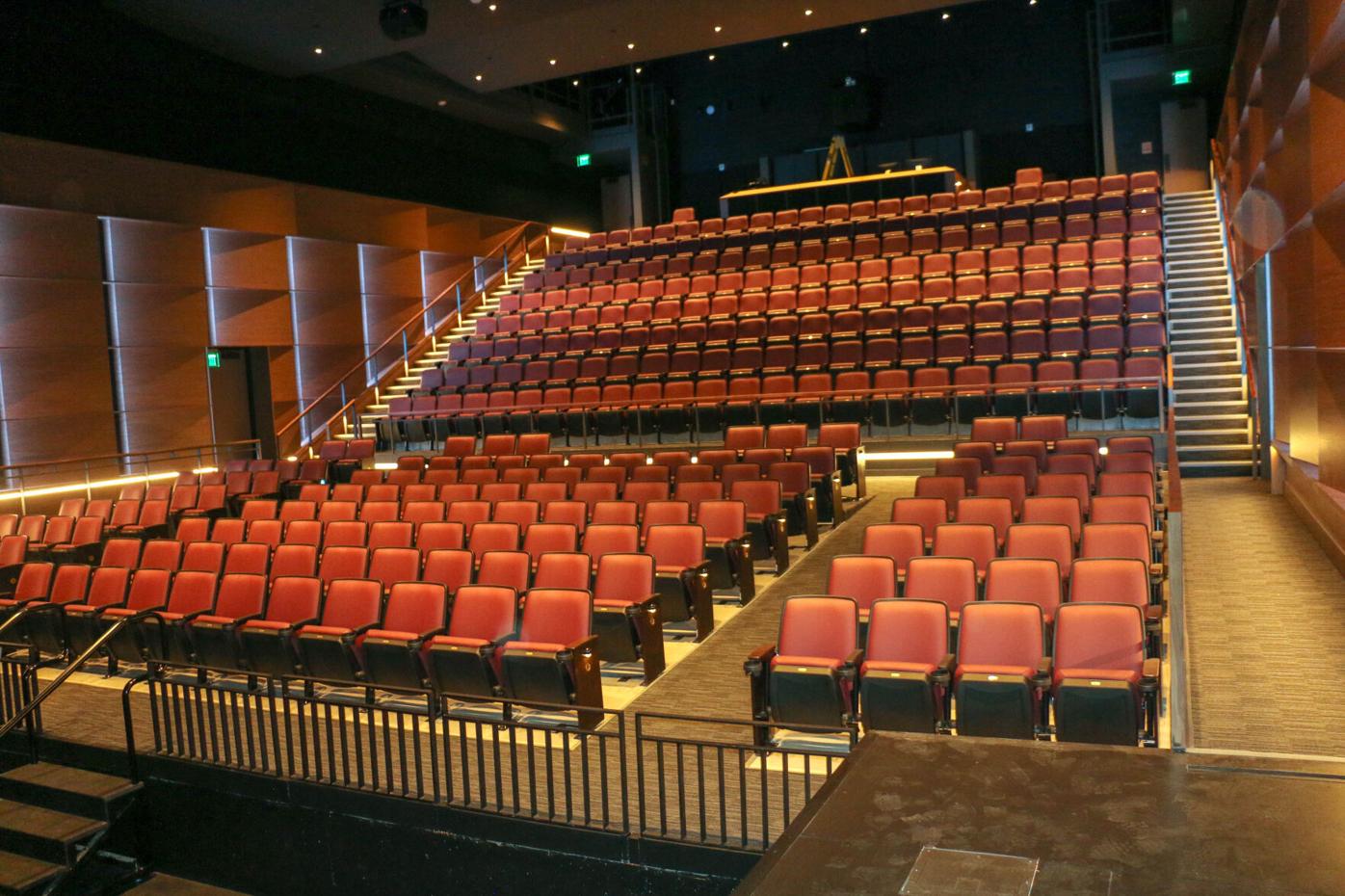 interior of Parsons Theater in Northglenn

interior of Parsons Theater in Northglenn

The city of Northglenn’s new state-of-the-art theater space, which has been 17 years in the making, finally opens October 9. And right from the start, Michael Stricker promises: “We are going to blow the lid off this place.”

Well, that’s a bit counterproductive. (Because, you know ... winter is coming.) But the city’s Arts, Culture and Community Manager was just using an expression – one that captures a palpable enthusiasm that’s been building for Adams County’s new $55 million, 90,000 square-foot civic-center campus that includes the new Northglenn Recreation Center and Senior Center along the southern end of 120th Avenue just east of I-25.

This has been a massive public undertaking that, for a town of 39,000 that doesn’t even have its own downtown, now has one taking shape rather nicely along Community Center Drive. Especially after the next phase of construction, which will include a new city hall.

When the new facilities open next month, as many as 1,000 people could be simultaneously watching a concert or play, working out, swimming, playing, taking a class, attending a ball or playing a (basket) ball game. And with plans to turn 10 surrounding acres into mixed-use commercial development … boom: Instant downtown.

“What I am feeling most is pride,” said Garner, who has been perhaps most responsible for bringing this fits-and-starts project to fruition since it began percolating in 2004. “This is just what this community needs and has wanted for so long. I am just glad I am alive to see it. It’s going to be fabulous.”

Northglenn, which began as a tiny housing development surrounded by farmlands in 1959, was called “the most perfectly planned community in America" by Life Magazine in 1962, seven years before it incorporated. The fledgling city built its existing rec center, senior center and theater in 1975 – and all, oddly enough, under the same roof. The original theater is now the oldest of its kind in north metro Denver. Its replacement will be its newest and biggest, with its own entrance, artwork and identity. “No more brushing up against smelly ballplayers on your way into the theater,” Stricker joked. (But seriously … you did.)

Visitors to the $15 million Parsons Theatre will enter directly into the new theater lobby from the south side of the campus, where they will be greeted by a 600-pound frosted-metal sculpture that hangs from the ceiling in honor of Colorado state flower, the Columbine. It’s called “Illumination,” created by Mark Aeling of Florida, and was largely funded by a $100,000 grant from the Scientific and Cultural Facilities District (SCFD).

At a time when available and affordable performance spaces for metro arts groups have been on the decline for more than a decade, the new 335-seat Parsons Theatre will be an instantly attractive option for metro companies looking to stage theater, dance, films and concerts. The kickoff event will be a concert by Chris Daniels and the Kings with Hazel Miller on Oct. 15.

While the theater’s primary tenant will continue to be the Northglenn Youth Theatre and Academy, the space already has been reserved for productions by Phamaly (Denver’s disability affirmative theater company) and Su Teatro, which has been telling socially relevant Latino stories for nearly 50 years.

On Nov. 19-20, Su Teatro will stage its original play “The War of the Flowers,” the true story of five Chicana women who launched a 10-month labor strike in 1969 by chaining themselves to the front gates of the Kitayama Carnation plant in nearby Weld County. Phamaly Theatre Company will stage an as-yet unannounced play there next March.

Stricker is also planning multidisciplinary collaborations with other metro arts organizations including Cleo Parker Robinson Dance. But the big news, he said: “We are going all-in on presenting,” meaning he plans to bring smaller-sized national touring productions to the theater, which he says is already 90 percent booked for 2022.

Ultimately, Stricker envisions the new theater filling an urgent cultural need for Adams County much like the Lakewood Cultural Center does for its community 18 miles to the south. “There is a massive need for other nonprofit organizations looking for a place to perform,” Stricker said. “There is just not a lot of that happening in the north metro area.”

The impeccable new theater is just the latest jewel in the crown of Denver’s Semple Brown Design, whose portfolio includes the rebuild of the Denver Center’s Helen Bonfils Theatre Complex (opening in November), and the University of Colorado’s Ent Center for the Arts in Colorado Springs. Most any significant theater construction in Colorado for the past 20 years has been designed by Semple Brown. The Northglenn construction began in 2019 and, perhaps miraculously, the timeline for opening was unimpeded by the pandemic.

The theater, with all the modern technical and backstage amenities from dressing rooms to costume storage to rehearsal space, looks much like a newfangled movie theater. It features a 30-foot-by-40 foot stage facing an audience that will look on from steep rakes for wonderfully unobstructed sightlines to the stage.

The Parsons Theatre will retain its original name, in honor of former Mayor Don Parsons. In fact, Amanda Peterson, Northglenn’s Director of Parks, Recreation and Culture, kinda laughed at me when I asked if the city had considered selling the naming rights to drive down construction costs. After all, everyone is doing it. “We’re such a small community that local ties are far more important to us than any corporate gift,” she said with a grin. The $55 million price tag is being paid mostly by bonds – $40 million from the city and $11 million from the Northglenn Urban Renewal Authority.

The investment, Stricker said, will be well worth it. The campus already has proven to be an economic driver, having created at least 13 full-and part-time jobs, including two on his theater staff.

“All of these existing facilities combined currently draw about 250,000 visitors a year, which is huge for such a small community,” Stricker said. ”And we intend to double that.”

· Nov. 11: A Celebration for Veterans Day with members of the Colorado Symphony (concert)

· Nov. 11: A Celebration for Veterans Day with members of the Colorado Symphony (concert)

Four days after “Van Gogh Alive” leaves the Stanley Marketplace in Denver, another interactive experience inspired by the legendary impressionist artist will open just 10 miles away.