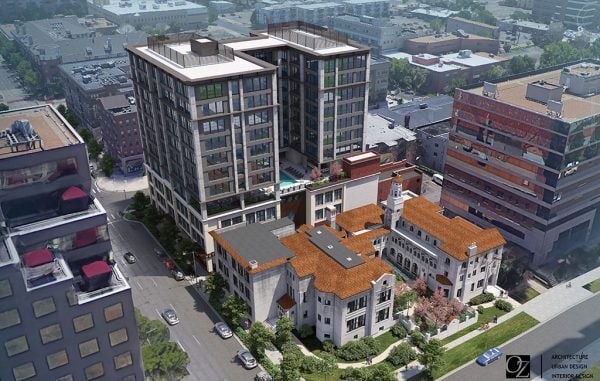 An artist’s rendering of the proposed Ace Hotel at 19th and Logan. 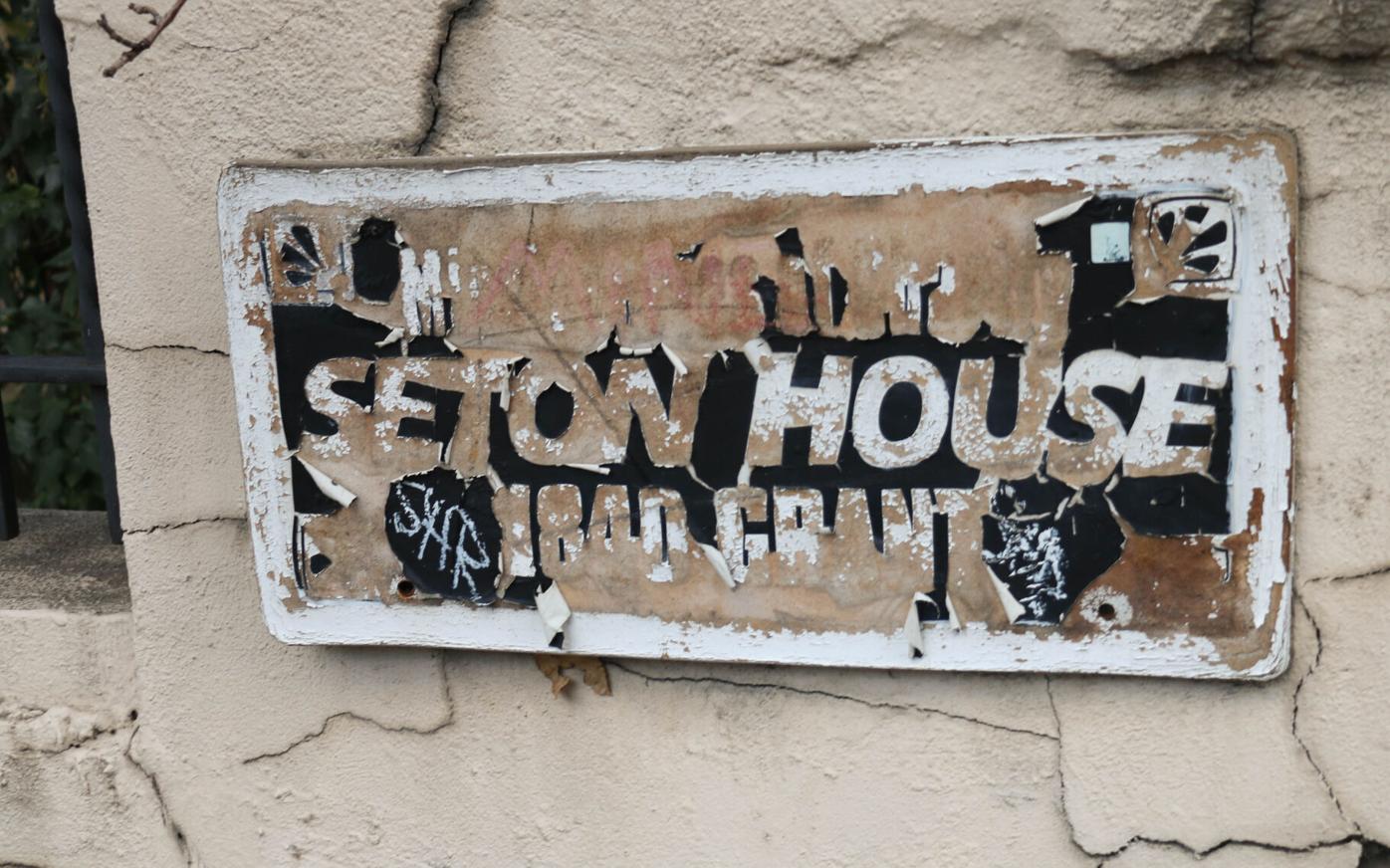 The now well-worn sign outside the abandoned Seton House on Grant St. Photo by John Moore 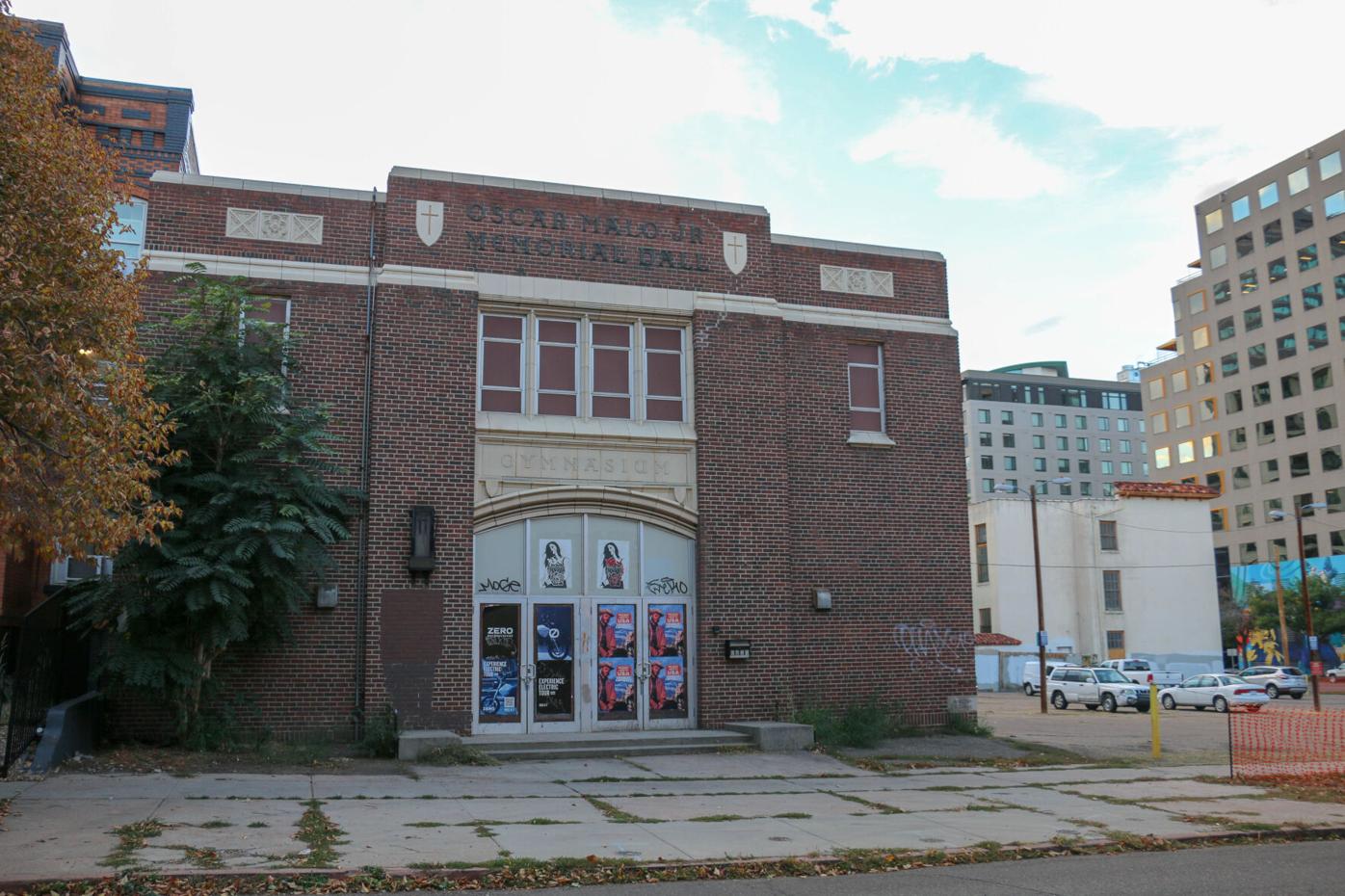 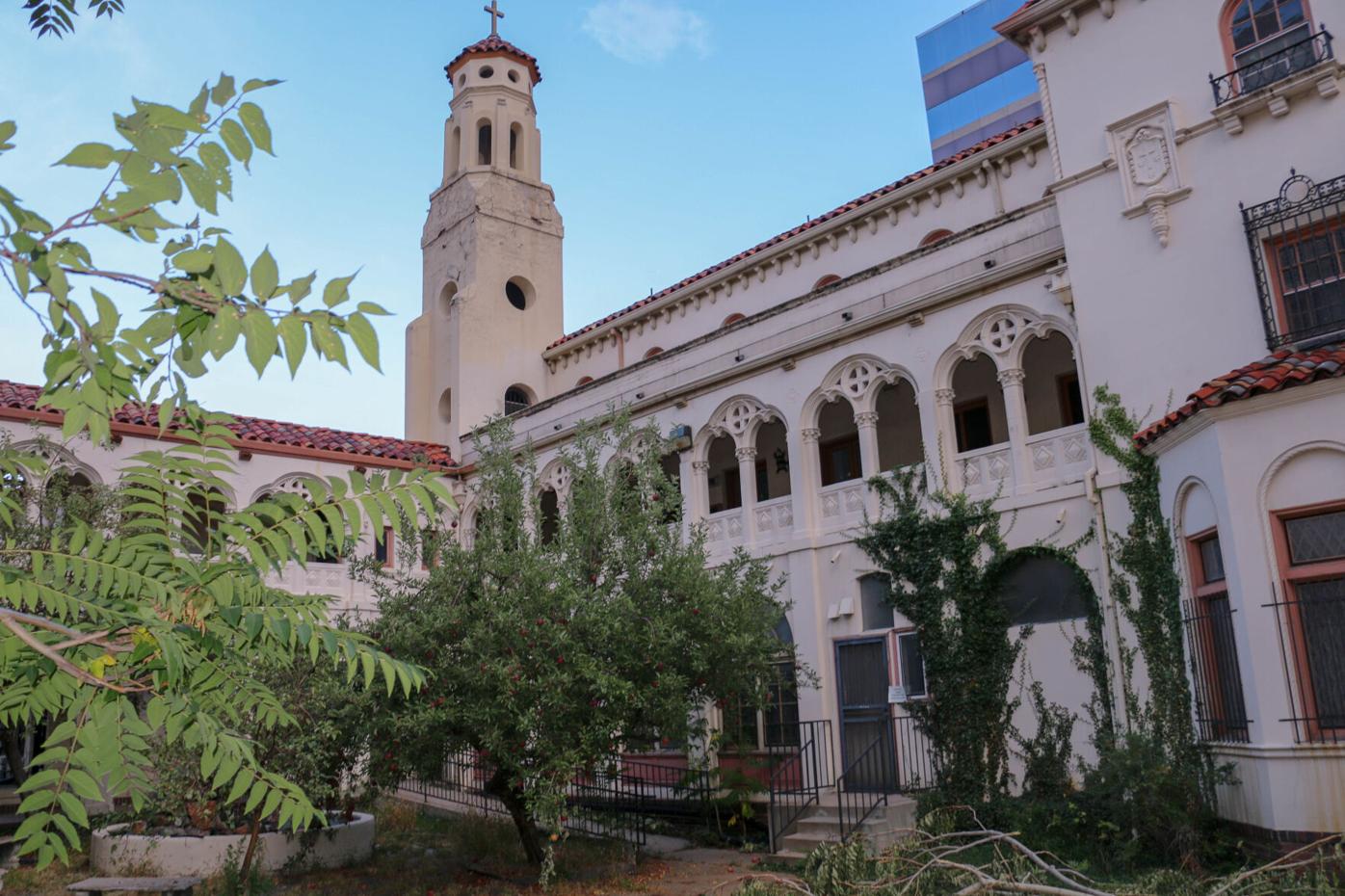 A look at the rectory and spire that would be preserved by the Ace Hotel. 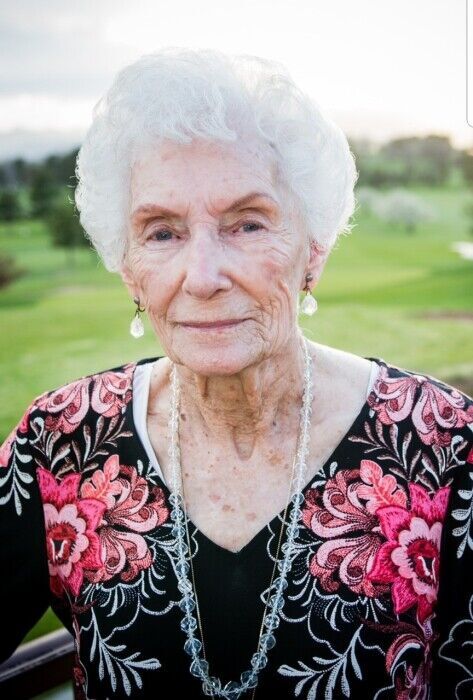 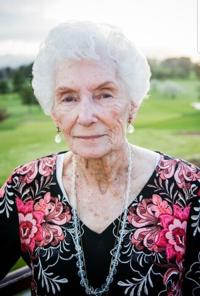 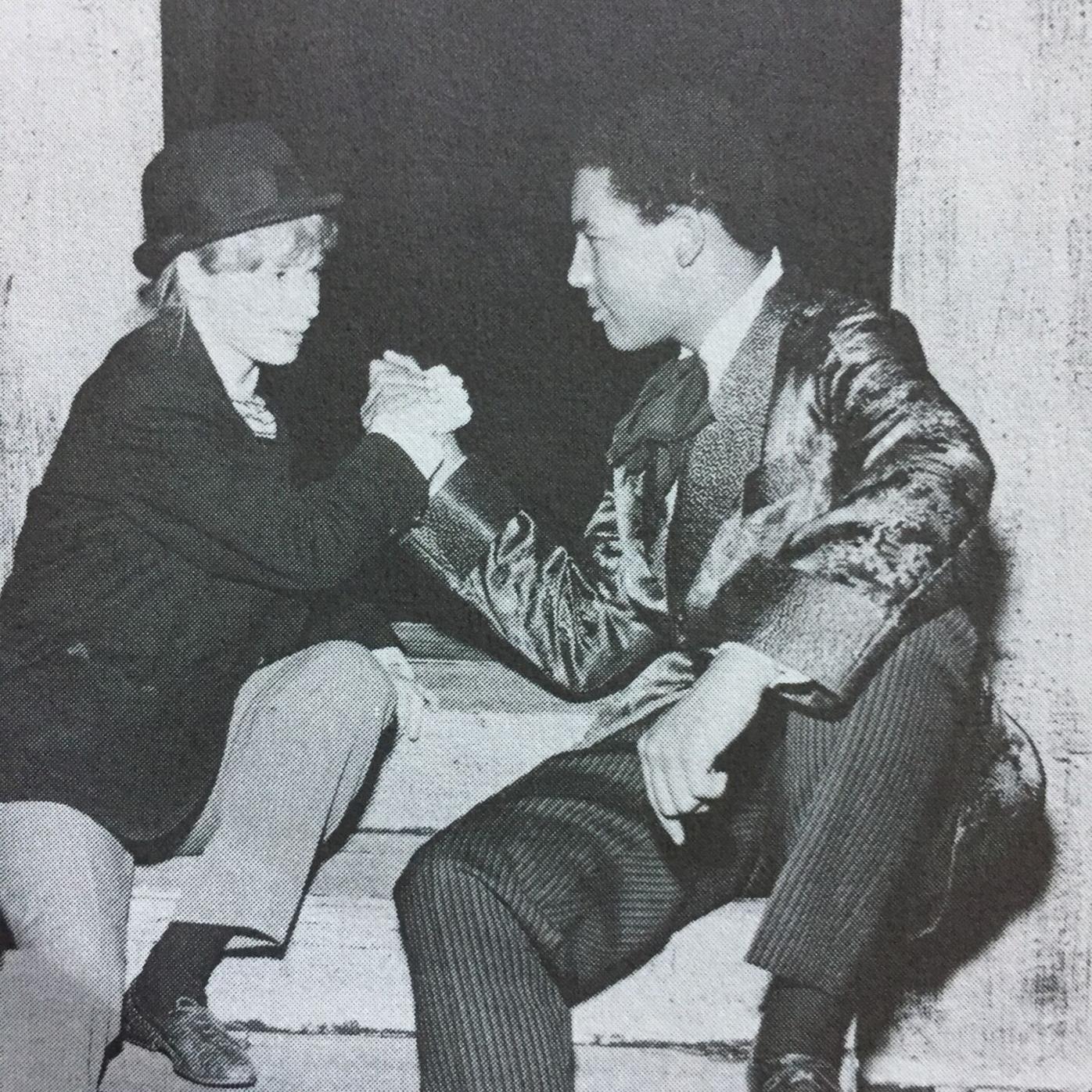 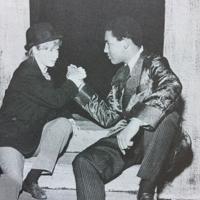 An artist’s rendering of the proposed Ace Hotel at 19th and Logan.

The now well-worn sign outside the abandoned Seton House on Grant St. Photo by John Moore

A look at the rectory and spire that would be preserved by the Ace Hotel.

The Original Scene closed its doors in 1993. But time is fickle, and eras tend to end according to their own timelines. For many of us who found a second home at the downtown Denver performing-arts center as teenagers, the end got a lot more real last week at a funeral service for Ann Pugh, the twinkly-eyed, 98-year-old den mother who encouraged thousands of area young people to take up singing, dancing and acting over two decades.

The Original Scene was a huge program run by Catholic Youth Services at 19th Avenue and Logan Street. While students took dancing and singing classes, wannabe actors from kids through adults performed in more than 100 full-scale plays and musicals. We’re talking “West Side Story” with a cast of 50. “1776” and “Joseph and the Amazing Technicolor Dreamcoat” running in repertory.

For 60 years, this storied block was home to Cathedral High School and its three properties: The school, a rectory for the nuns and a once palatial gymnasium called Oscar Malo Hall, which the Archdiocese of Denver donated to the then-nomadic Original Scene to use as its performing space in 1979.

This was at a time when local high schools were not yet mounting musicals with $30,000 budgets, as is common today. Back then, young people from all over the metro area flocked to the Original Scene to perform in its shows, which were grassroots but staged with the highest of artistic ambitions. Any kid with a Broadway dream — or anyone who just needed to get away from home for a few hours — was welcome.

It’s staggering how many of those teenage roustabouts found their way into lifelong performing-arts careers. The most recognizable name is surely Boulder native John Carroll Lynch, who has appeared in more than 100 films and is currently darkening the skies above ABC’s “Big Sky.” Visionary international theatermaker Thaddeus Phillips was called “a protean auteur” by American Theatre Magazine. Broadway veterans include Martin Moran, Mary Bacon, Rebecca Eichenberger and John Paul Almon.

“The Original Scene gave all of us a place to nurture and be nurtured; to laugh, sing, dance, discover and dream,” said Almon, who appeared in Broadway’s “Side Show.”

But the goal of the Original Scene was not to crank out professional artists. It was to give young people a place to belong during what can be the most difficult years of their lives. To help them become more confident, self-assured adults and empathetic human beings.

“The Original Scene was a place that was run entirely by volunteers for young people to go and be together in a healthy, safe environment and learn to create,” Lynch said. “Certainly everyone who went through those doors benefited from that experience.”

And there to greet all comers were the Rev. Dennis E. Dwyer, who founded the program in 1973; dance instructor Reggie Leuschner (who once famously turned down Mickey Rooney for a dance because he was shorter than she was); and administrator and cheerleader Ann Pugh, who kept the place running. She once said the Original Scene operated on one simple principle: “We never let you forget that everyone has God-given talents that are allowed to expand here, and to return what has been given to them through performance. No matter how small the part, when the lights go down and the spotlight goes on, everyone is a star.”

Pugh’s death on Oct. 1 marked the end of the Original Scene originals. A few years in, a mysterious fellow known by most only as “K.Q.” joined in to split directing duties with the Rev. Dwyer. He spiced things up with more cutting-edge titles like “A Question of Balance” — a musical history of the world from the big bang through 1960s racial unrest (named after a Moody Blues song.)

Minds were expanded and lives were transformed. Including mine. But I was late to the Original Scene, wandering in at age 17 the summer after graduating from Regis High School. The first thing that struck me was that this huge community of young people all seemed convinced of the existence of a ghost in Malo Hall. Being a budding journalist, I couldn’t get enough of this legend. I pumped the long-timers for stories. But while everyone, it seemed, was quick with a sighting, they all clammed up whenever I asked who the ghost might be. Tight as a drum.

Three years later, when I took a playwriting class as a senior at the University of Colorado, I decided to write a play about the ghost of Malo Hall. And for that, I would need an origin story. My grandma had graduated from Cathedral High School, and she told me about a priest named Murphy who had died in a fire … maybe. Clearly I needed to meet this ghost for myself. In my three years hanging out there, I had never myself experienced any of the creepy incidents my friends had talked about as if this ghost were simply presumed truth. I felt left out.

So I called Mrs. Pugh, invited her to lunch and told her my playwriting plan. And that the only way my play was going to be any good would be if I were to experience the ghost myself. So I could really believe in what I was writing, you know? (Yes, very Hemingway of me.) I told Mrs. Pugh that if I grabbed a sleeping bag and slept overnight in Malo Hall by myself, perhaps the ghost might make itself known to me. And then I could officially ... request an interview. (What could go wrong?)

And this is all you need to know about our den mother: Ann Pugh simply took out her keys, handed them over and said, “Go nuts.” And so, I did. But despite all my late-night entreaties, the ghost did not respond to my repeated requests for comment. (And, true story: When I finished my 120-page play at 4 a.m. on the day it was due, the CU computer at Norlin Library ate my floppy disc, and the play disappeared. Poof. I blame the ghost.)

You might think, 28 years later, the Original Scene would be a distant memory. Instead the O.S., as we called it, remains fresh in our memories because, somehow, despite Denver’s steroidal real-estate market, it’s still right there for anyone to see – a dilapidated and graffiti-pocked blight on one of the most coveted blocks in uptown. (That’s what the cool kids call it now.)

The classroom building became the now-closed Grant Street Art Studios; the theater was leased for a time to Denver’s Christ in the City. The rectory was purchased by Mother Teresa’s Sisters of Charity and reopened in as Seton House, named after America’s first native-born saint, Mother Elizabeth Ann Seton. It ministered to nearly 500 AIDS patients before closing in 2003. The only activity any of the three buildings has seen since 2017 has been from taggers and homeless campers.

Many of us have mentally prepared for the Original Scene era to truly end when its buildings are inevitably demolished. But that’s not so inevitable anymore. The buildings are all designated as Uptown Landmarks, and Historic Denver has been advocating for their preservation since 2011.

Several redevelopment attempts have been announced and abandoned over the years. In 2017, local developer St. Charles Town Co. bought the property. But when its plans fell through, it sold the site to GFI Capital Resources Group, which a year ago announced its intention to convert the existing structures and surrounding property into a hipster Ace Hotel using historic preservation tax credits and support from the Denver Urban Renewal Authority.

According to an artist’s rendering of the Denver plans, all three of the existing buildings would be preserved, restored and integrated into the hotel landscape — most notably the convent spire, designed in 1921 by renowned architect Harry J. Manning. Ace is an unconventional hotel chain that fosters a laid-back and quirky vibe through visual surprises like Portland’s front desk, which is an overturned bookshelf. The website describes the Ace feel as “a modernist haven.” Events span from DJs to day parties to art fairs.

With a 250-seat theater to build around in Denver, here’s hoping Ace uses the space to put on some concerts and shows that will awaken the ghosts. (After all, I still have a play to finish.)