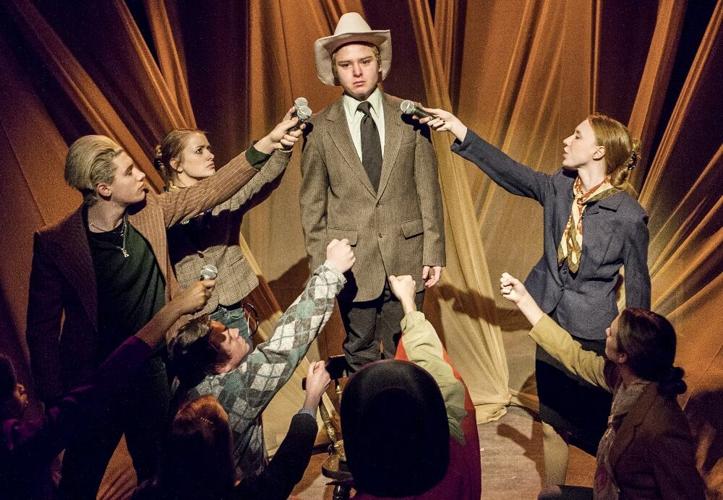 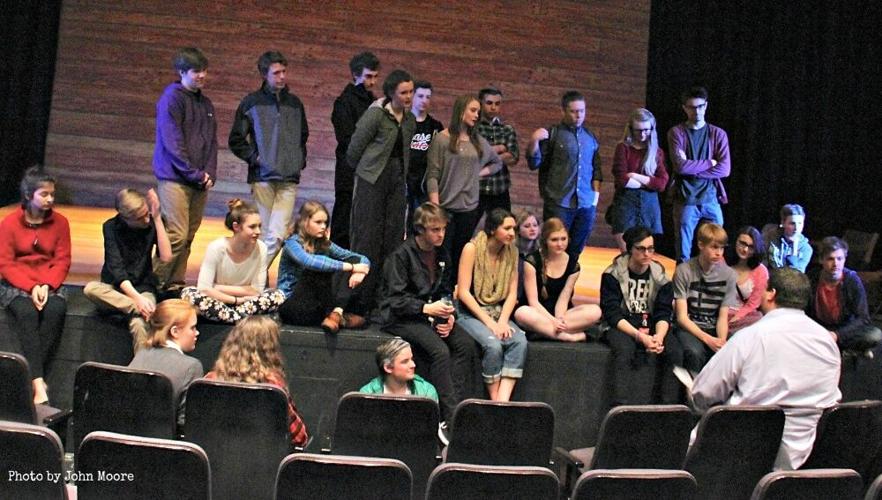 Jim Osborn, a real-life character in 'The Laramie Project' sequel, addresses Denver School of the Arts students in 2015. 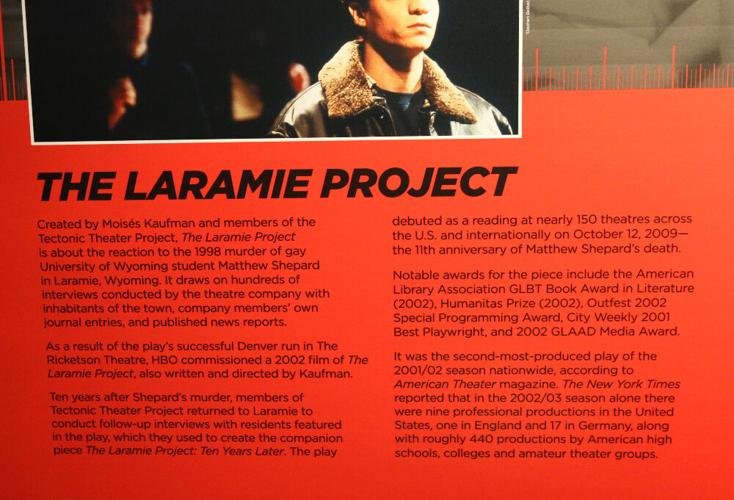 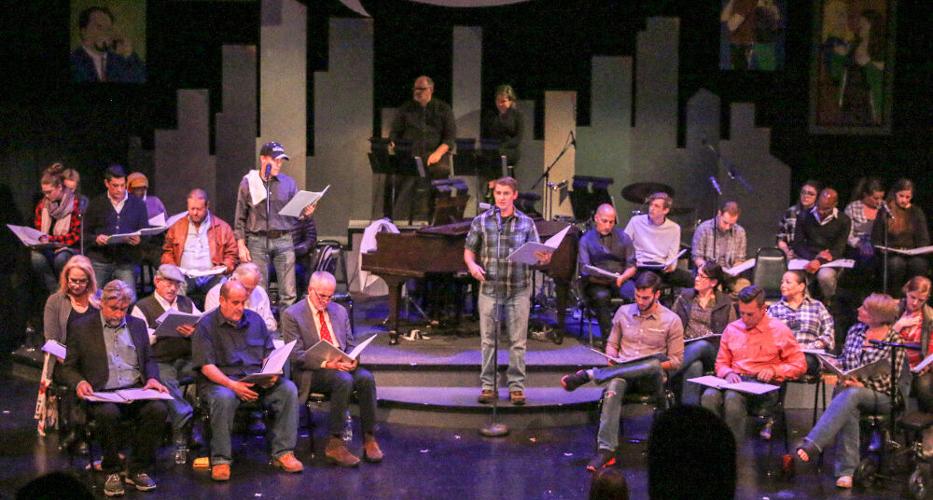 Denver actor Tim Howard performed in a 2018 reading of 'The Laramie Project' at BDT Stage in Boulder, 12 years after having appeared in a Littleton High School production

News: A former Ponderosa High School assistant principal claims in a new lawsuit that he was fired because he “disagreed” with his theater department performing the play “The Laramie Project” based on his personal religious beliefs, which he says are protected under the First Amendment.

Because it should be.

It will take a jury to work out exactly what unprofessional thing McNellis did, said or emailed to lose his job, but it’s a pretty safe bet that it wasn’t just for expressing a reservation with this monumental play, which Ponderosa students performed via Zoom during the early days of the pandemic. After all, as both the school’s assistant principal and athletic director, McNellis is the administration. You know – one of the people who usually does the firing?

The more curious issue here is the objection itself. That in 2022, we have a public-school official who is loudly objecting to a play that is routinely studied in schools as a powerful way of teaching about prejudice and tolerance – often as part of school-wide approaches to bullying and bias.

In the 2002-03 season, the first year “The Laramie Project” was made available to stage, there were 440 professional, amateur and school productions, according to The New York Times. The Tectonic Theatre Project says there have been at least 2,300 licensed productions since 2010 alone – including the one at Ponderosa High School in October 2020.

It’s been 24 years since Shepard was murdered for being who he was. That question was forever settled when Aaron McKinney said in a jailhouse interview: “Matt Shepard needed killing. I don’t have any remorse. The night I did it, I did have hatred for homosexuals.”

That is the very definition of a hate crime. And hate crimes have been on the rise every year since 2016. It is a moral imperative that our public schools respond in constructive ways to the hate that is growing within our young people because how they react and interact with people who are different from them when they are adults is being encrusted into their high-school bones right now.

“We have students who are gay and teachers who are gay,” said Kristen Martin, the theater teacher at Aurora Hinkley High School. She directed “The Laramie Project” when she was at Littleton High School all the way back in 2006 – and says it was a transformative experience for students and parents alike.

About the play itself

“The Laramie Project” is an example of what is called “documentary theater.” In the aftermath of Shepard’s murder, members of a New York company called the Tectonic Theatre Project came to Wyoming and conducted more than 200 interviews with Laramie locals over 18 months. They sought to better understand the brutal murder and its underlying origin but also the community’s attempt to heal⁠. What happened in Laramie, Artistic Director Moisés Kaufman said, “was a watershed moment for the country.”

Those interviews were compiled into a play whose characters are 60 real-life Laramie residents speaking their own words. Everyone had a say, ranging from a rancher to family members to teachers to doctors to politicians to three religious leaders of differing faiths. Everyone’s point of view is presented without judgment – even the notorious Baptist Rev. Fred Phelps.

“The Laramie Project” premiered at the Denver Center for the Performing Arts in 2000 on its way to a successful run in New York. Since then, an estimated 10 million have seen the play onstage in at least 20 countries and in 13 languages. Another 20 million have watched the HBO film adaptation, and more than 100,000 have purchased copies of the script. Proponents say the play had a positive influence on the 2009 passage of the Matthew Shepard and James Byrd Jr. Hate Crimes Prevention Act, as well as the landmark 2015 U.S. Supreme Court decision to strike down all state bans on same-sex marriage.

But while “The Laramie Project” is remarkable theater, it is most significant for the important conversations it has started. For all of the statistics, head writer Leigh Fondakowski measures the play’s greatest impact by a single performance she attended in Washington, D.C., when a teenager came out as gay during the talkback. “The audience applauded him,” Fondakowski said. “His life changed forever, and for the better, in that moment. And our play created a space for that.”

In 2015, Denver School of the Arts became the first high school in the country to have staged both “The Laramie Project” and its sequel, “Ten Years Later,” and they did them at the same time, in repertory. For the occasion, Jim Osborn, a friend of Shepard’s and a “living character” in the second play, paid a visit to the cast to have one of those important conversations.

“It’s all horrible, isn’t it?” Osborn told the students. “We don’t like to talk about things that hurt us, but we have to. Because otherwise, we end up growing new Russell Hendersons and new Aaron McKinneys.”

To prepare for both productions, Denver School of the Arts Director of Theatre Shawn Hann took students up to Laramie on their own research missions. Their interviews, she said, “really gave my students a strong, empathetic connection to the people who are talked about in the play.

“My students are always enraged by injustices in the world. And every time I do ‘The Laramie Project,’ it teaches a whole new generation of kids that theater is power. Theater can change minds and open doors to people who have different lifestyles, thoughts and opinions. I’ve had some of the most powerful teachable moments that I’ve ever had in my 30-year career doing shows like ‘The Laramie Project.’”

And yet, five states are still without a single hate-crime statute – including Wyoming. “The Laramie Project” has changed theater and the world. Apparently just not enough.

Here we are again

In his lawsuit against the Douglas County School District, McNellis describes “The Laramie Project” as "religiously charged” and says he was fired for “offering to provide a Christian perspective" to faculty director Kayla Diaz. In an email to The Denver Gazette, McNellis further said he was concerned about the play’s potential impact on students.

The obvious underlying inference in McNellis’ objection to the play being staged at Ponderosa High School is that his actual objection is to homosexuality itself. As if the play, by talking about Shepard’s sexuality, might encourage students to explore an otherwise latent predilection.

Denver actor Tim Howard was a student at Littleton High School in 2006 and he said performing in “The Laramie Project” didn’t make him gay. He recently starred as a straight man in the Arvada Center’s “Kinky Boots,” which also advocates for a better understanding between the straight and gay communities. And he’s getting married in September – to a woman. His takeaway?

“I think ‘The Laramie Project’ is a play that every high school should do because it teaches you so much about being human,” said Howard, who in 2018 also performed in a BDT Stage production of the play in Boulder marking the 20th anniversary of Shepard's murder.

The mere fact of this play’s existence “has made the world a better place,” said Jason Marsden, former executive vice president of the Matthew Shepard Foundation. “It has given courage and pride to besieged, misunderstood souls in Uganda. It has defied homophobia in rural Poland. It has helped numberless LGBTQ+ people young and old to stand up, come out and live their truth.”

That’s the power of theater. To share a difficult human experience and start a necessary conversation. McNellis might come to see the good in that, if he would actually read the play he’s so upset about. If he thinks he's helping students by sheltering them, I defer to the words the Matthew Shepard Foundation sent to Denver School of the Arts when its students completed its historic double-staging of "The Laramie Project" and "Ten Years Later":

"The courage, professionalism and determination of young minds should never be underestimated."