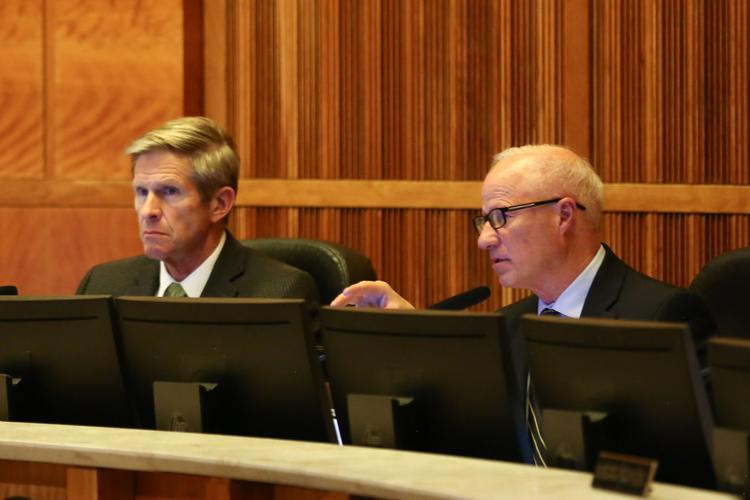 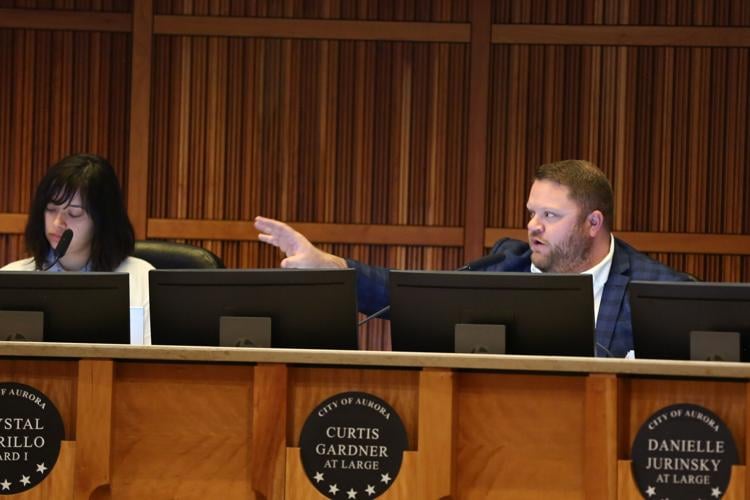 In a split vote, the Aurora City Council gave early approval to the proposed 2023 budget on Monday, but only after debate about eliminating two vacant positions — independent police monitor and a diversity, equity and inclusion office manager.

Councilmembers who supported eliminating the roles said it was a no-brainer, and would save taxpayers from funding vacant or duplicated positions. But president of the Aurora Chapter of the NAACP Omar Montgomery asked councilmembers to keep the positions, and a few councilmembers agreed.

The city has already faced “a lot of lawsuits because of police abuse,” and an independent police monitor “will save the city money,” he said. Having a DEI office is something the city can brag about, Montgomery said.

“It is time to support those two offices,” he said.

Councilmember Dustin Zvonek said knows the topic of an independent police monitor is important to the community, but the cut was proposed because the city already receives those services. Aurora is paying roughly $700,000 annually for a contracted independent monitor as part of the city’s compliance with a consent decree.

The internal independent monitor office was created before the consent decree but the positions were not filled and have remained vacant, Zvonek said. He argued it makes more fiscal sense to eliminate the vacant internal positions until after the consent decree ends when the city is no longer contracting with that monitor.

“It was a budget saving opportunity, recognizing that it would be redundant,” Zvonek said.

Councilmember Angela Lawson disagreed with Zvonek, saying an internal city position provided different services from the monitor hired because of the consent decree. She pushed to keep the internal position, and was upset the cuts were discussed during a Saturday budget study session she said was not well-publicized.

“The community didn’t even know that this was happening which is a problem just in general,” she said.

She supported a proposal from Councilmember Juan Marcano to fund one of three positions in the independent monitor’s office so that the city could be prepared to transition the work internally once its contract with the consent decree independent monitor ends.

Receive informative alerts and real time news delivered to your inbox. Stay in the know on the stories that affect you the most.

Councilmember Alison Coombs agreed and urged council to set aside the funds that would be used for the office’s other vacant positions as future funding to stand the internal office up.

Councilmember Crystal Murillo joined the voices calling to keep the roles, saying they are crucial and should be prioritized including in difficult budget years.

“Budgets are moral documents,” she said.

City manager Jim Twombly said he believes the internal independent police monitor will be necessary eventually, but he was comfortable eliminating the vacant positions for the time being. He also worried the public might confuse or conflate the two positions if both exist.

Councilmember Curtis Gardner expressed interest in Marcano’s proposal but wanted to see the idea “more fleshed out” before he would support it. Zvonek echoed Gardner, and said future councils could reinstate the positions.

Gardner called funding vacant positions — which could remain vacant for years if the consent decree lasts up to a decade — a waste of taxpayer money. Marcano’s idea to amend the budget ultimately failed in a split vote.

Council approved an amendment Gardner proposed in another split vote to add four more sworn officers to the budget. The positions will likely remain vacant until late 2023 but will bring the city in compliance with the consent decree, Gardner said.

The positions come with an on-going cost of $113,000 and one-time costs of $45,000, city administration said. The department is understaffed by about 40 to 45 officers.

Council voted 7-3 to approve the budget on first reading. Final approval is expected to come at a later date. But not all who voted to approve it were happy.

While Marcano, Coombs and Murillo voted against the proposed budget, Lawson gave it her support because of its other funding obligations, she said.

“I am very concerned about these cuts. I think that a lot of the community didn’t know about this,” Lawson said.

Aurora will begin work to overhaul its homelessness reduction system after a divided council approved a proposal that calls for a new campus, …