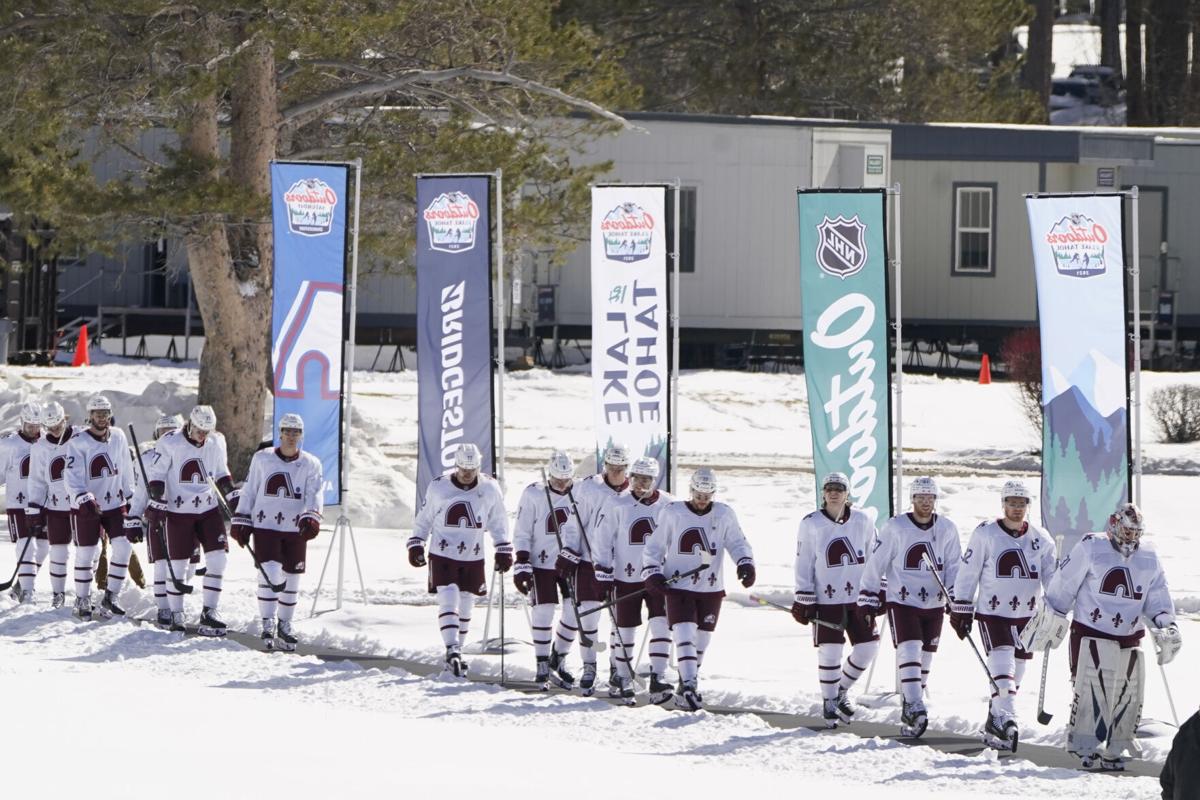 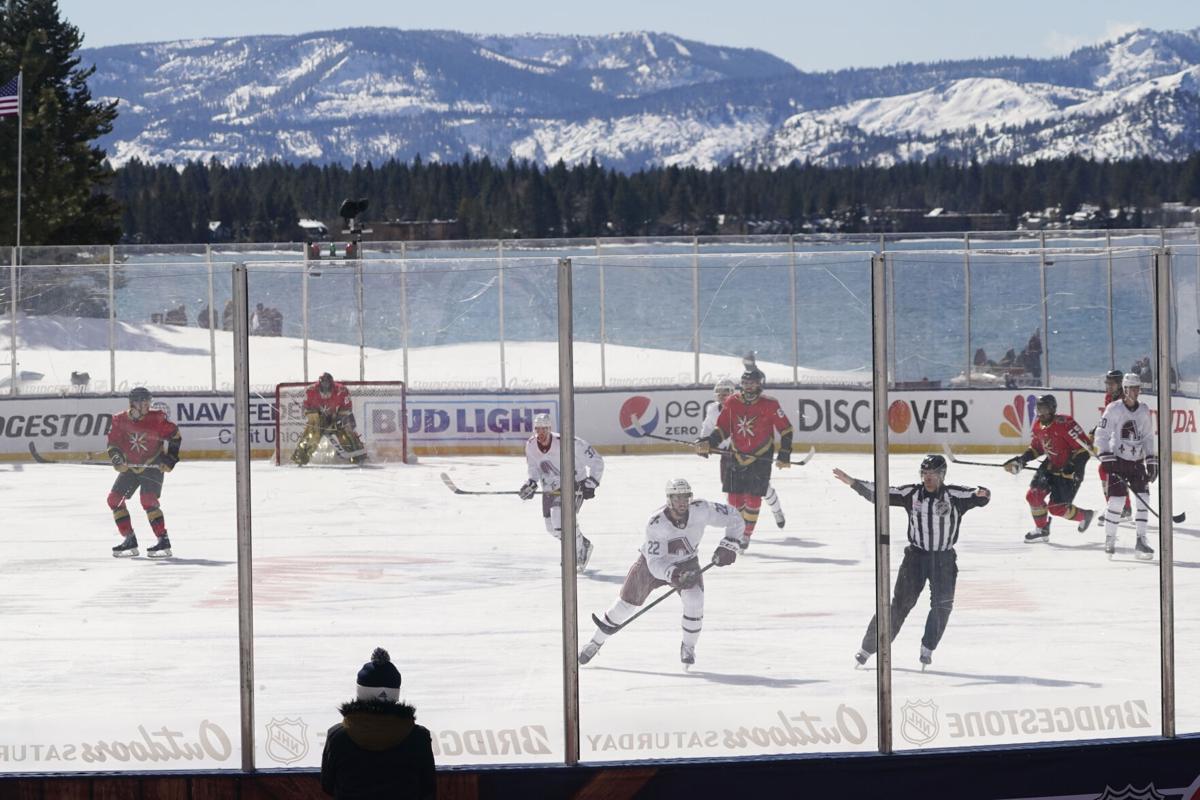 Blame your friendly neighborhood star — for turning an ice rink to slush on national television, and for setting far before 10 p.m.

That’s when play resumed Saturday night, as problems created by a sunny day at Edgewood Tahoe Golf Course in Stateline, Nev., made a new take on NHL outdoor games even stranger.

At the end of the day — in the truest sense — the Colorado Avalanche picked up where they left off, winning 3-2. It was their first victory in an outdoor game in three attempts.

“Probably the weirdest day of hockey I’ve ever been part of,” forward Mikko Rantanen said.

Samuel Girard gave Colorado a 1-0 lead over the Vegas Golden Knights before the game was postponed after 20 minutes due to bright sunlight affecting the quality of the ice. The NHL cited player safety in a release and called the surface conditions “poor.”

“With this whole production, we weren’t going to cancel it. They didn’t want to play, it seemed like, but we did,” Landeskog said. “Luckily we were able to get it done here tonight.

“The ice was great. I thought we came out and played a pretty solid game.”

The Avalanche’s sound performance lasted into the night. Nathan MacKinnon scored 11:18 into the resumption with a solo charge out of the defensive zone and to Marc-Andre Fleury’s left, where he sent a shot off the far post and in.

Nine hours earlier, MacKinnon had sent a cross-ice pass to Girard, who scored from the faceoff dot three minutes into the first period.

“He just looked like a man on a mission right from the get-go,” coach Jared Bednar said of MacKinnon.

The penalty kill turned in an aggressive 5-on-3 performance and allowed the Avalanche to hold onto a one-goal lead. Devon Toews added an insurance goal through traffic in the third, which was eventually needed as Vegas’ Alex Tuch scored a beauty with less than six minutes remaining.

Philipp Grubauer made 23 saves. Cale Makar returned from an upper-body injury and played 24:10 with two shots on goal.

The NHL announced that the Sunday game between the Boston Bruins and Philadelphia Flyers on the same ice was pushed from noon to 5:30 due to more expected sun exposure and warm temperatures. The game was bumped from NBC to NBCSN, with a game between the New Jersey Devils and the Washington Capitals assuming the NBC spot.

A year after Falcon Stadium game, Colorado Avalanche have outdoor experience to build, improve upon