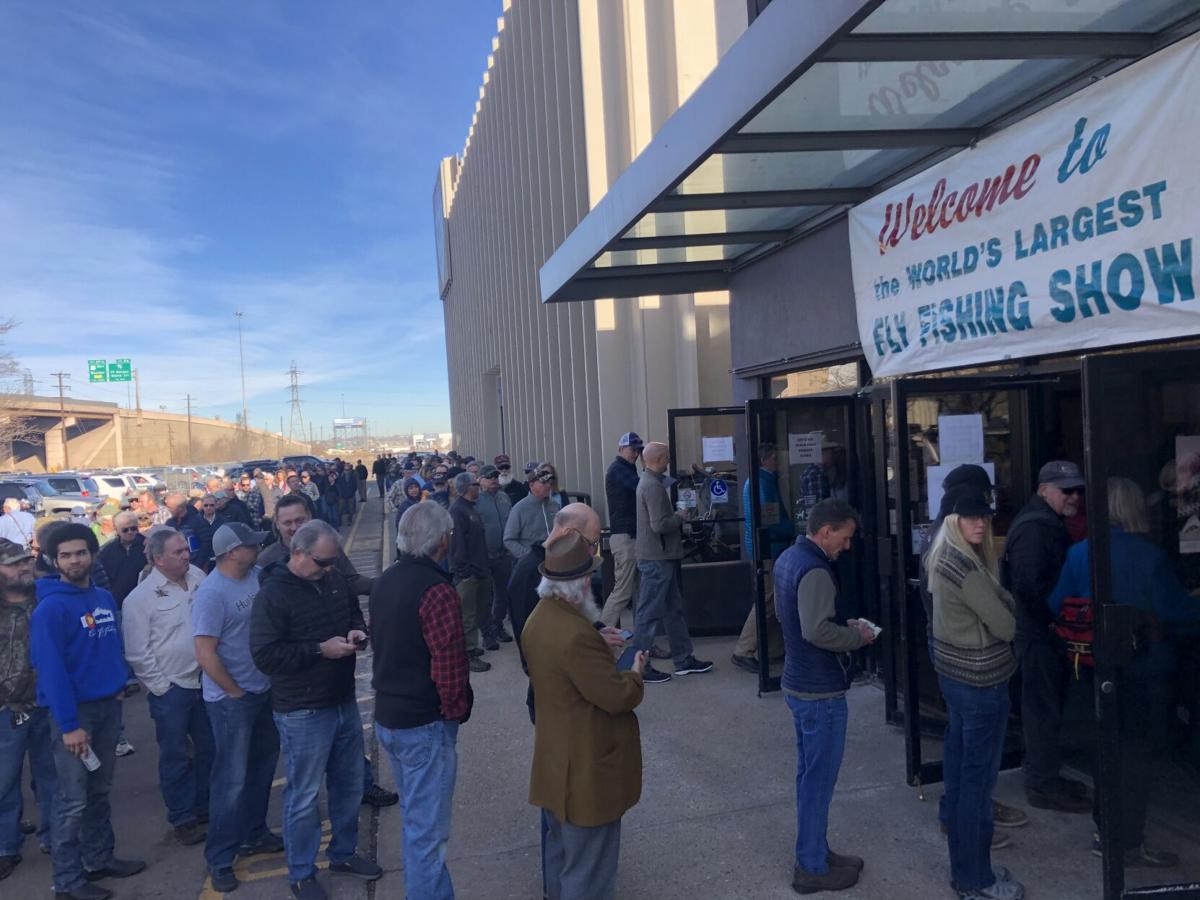 Attendees wait to enter the January 2020 Denver Fly Fishing Show at the Denver Mart. The 54-year-old facility will be shuttered and sold in April. 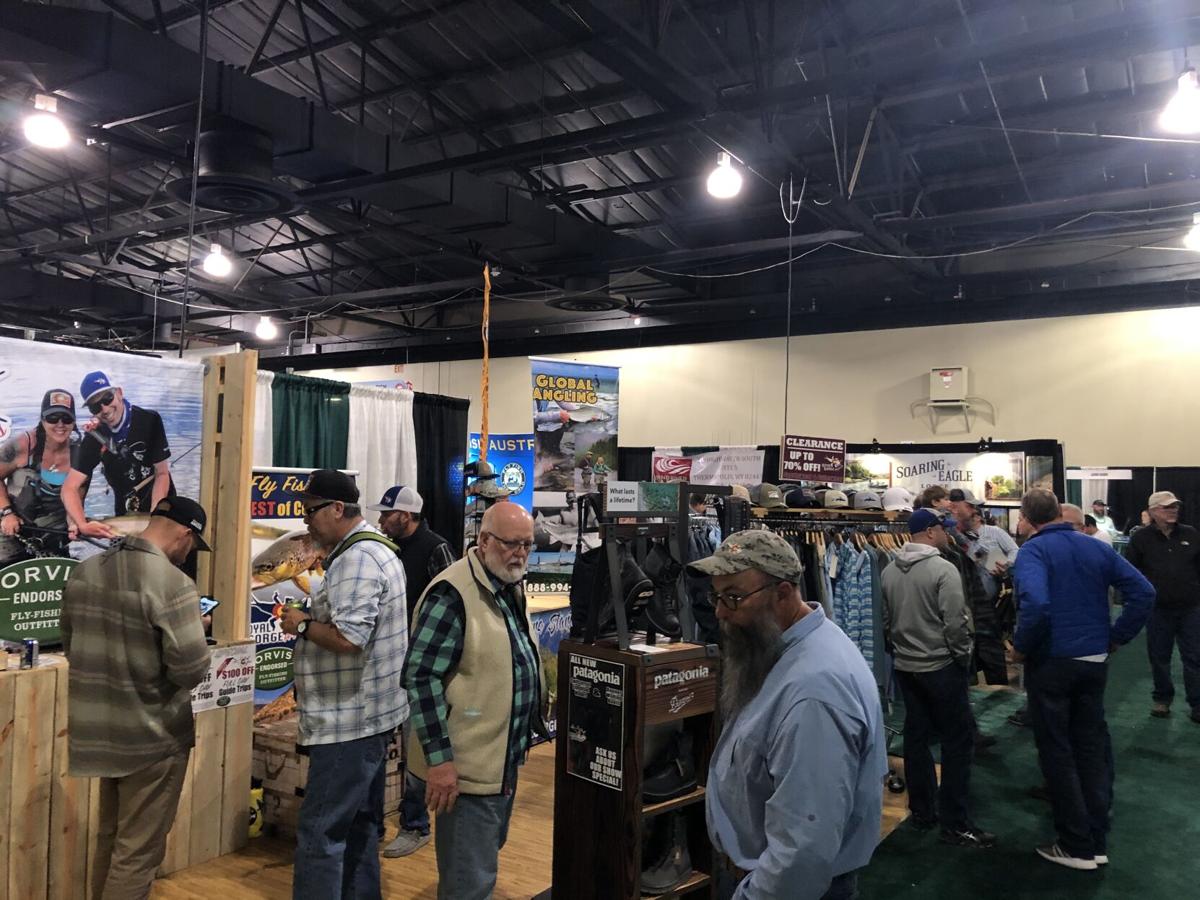 Inside the Denver Mart at the January 2020 Denver Fly Fishing Show. The facility will be closed and sold in April.

Attendees wait to enter the January 2020 Denver Fly Fishing Show at the Denver Mart. The 54-year-old facility will be shuttered and sold in April.

Inside the Denver Mart at the January 2020 Denver Fly Fishing Show. The facility will be closed and sold in April.

The 54-year-old Denver Mart – which was supposed to enjoy a second life after new owners came in 2013 promising millions in upgrades – closes its doors March 31 mired in debt and at least one breach of contract lawsuit.

Retail tenants and show producers were notified abruptly Feb. 12 with a letter stating “The property since March 2020 has been default with its lender, is now being placed into receivership proceeding, and will be sold through this receivership process by the end of March 2021.”

The letter was from CEO Todd Herrick.

Denver Mart enjoyed a high-profile location off 58th Avenue and Interstate 25, and offered a 807,000-square foot facility on 34 acres to some 100 trade shows annually like the Tanner Gun Show and a drive-in theater in recent years.

One of those shows for 19 years was the Denver Fly Fishing Show.

“This news came like a bolt out of the blue after all we’ve been through canceling, modifying and rescheduling our nationwide Fly Fishing Show events due to COVID-19 concerns,” said show CEO Ben Furimsky.

He sent out a press release, with a copy of Herrick’s letter attached, frustrated by the lack of communication.

“There was absolutely none,” Furimsky said during a telephone interview. “I know the management that dealt with facility found out the same day we did. There was no communications from the owners. It’s so disappointing.”

Red Rocks will submit variance request by end of the month

He estimated the three-day show, with more than 300 vendors, positively impacted the area economy an estimated $1 million, with hotel stays, restaurants and other services.

The timing of the announcement might appear to be COVID-19 pandemic related, as all large-crowd events were cancelled and venues closed 11 months ago. But court records and Herrick's letter paint a picture of financial trouble before the pandemic hit.

That is until 2018, when WESA told Denver Mart officials it was moving the 2019 show to the Dallas Market Center facility, according to a breach of contract lawsuit filed in May 2020 against Denver Mart owners Hawthorne Lake Associates LTD and GL Merchandise Mart LLC.

WESA claims the move came because of “years of deferred maintenance resulting in the Denver Mart facility’s disrepair,” according to court filings.

That statement seems at odds with projections from Denver Mart owners who took over the property in 2013, after its previous owners had filed bankruptcy. That group was led by John Doyle, who was managing partner for Woodhaven Hawthorne Group – which also included a Ted Herrick. Then-CEO Doyle told the Denver Business Journal at the time the new ownership group wanted to “recapitalize the mortgage debt on the property” in inject some $4 million in capital improvements.

But one of the things Doyle touted was the extended contracts Denver Mart, formerly known as the Denver Merchandise Mart, inked with WESA and the Tanner Gun Show.

WESA’s 10-year contract was to have run through 2023. Part of that contract included an agreement Denver Mart “not compete with WESA by hosting a trade show comparable to the WESA shows,” according to the lawsuit. It alleges Denver Mart officials, worried that “WESA’s absence in 2021 and 2022 could precipitate a loss in the (Denver Mart’s) permanent tenants, including those who sell western-themed merchandise and who receive substantial revenues during the WESA shows.”

Pineapple Agency struggles to hang on after events disappear

About 1,500 retail vendors registered for the January 2020 WESA show.

Hawthorne Lakes responded to the lawsuit by denying most all claims, and stating WESA’s “improper conduct has caused financial harm to Denver Mart LLC and that these monetary damages were intended by and foreseeable to plaintiffs.”

The case is ongoing and no trial date has been set.

WESA Executive Director Amy Dill replied in response to an email from the Denver Gazette it has “no comment regarding the Denver Mart.”

Todd Herrick did not return multiple emails seeking comment, nor to a call to the Denver Mart.

His Feb. 12 letter states: “We are making efforts to establish a ‘New Mart’ in a different location through which we intend to continue hosting tenants and shows.”

He vowed “weekly correspondence” to answer questions from tenants and vendors, and that “I will personally be onsite most every week until the sale of The Mart closes.”

As late as April 2019 in a blog titled “A Bright Future,” Herrick boasted: “We see no change to the current business model of being the Rocky Mountain Region’s Premier Wholesale Showroom facility and will continue to host over 100 trade shows annually and sign new multi-year agreements.”