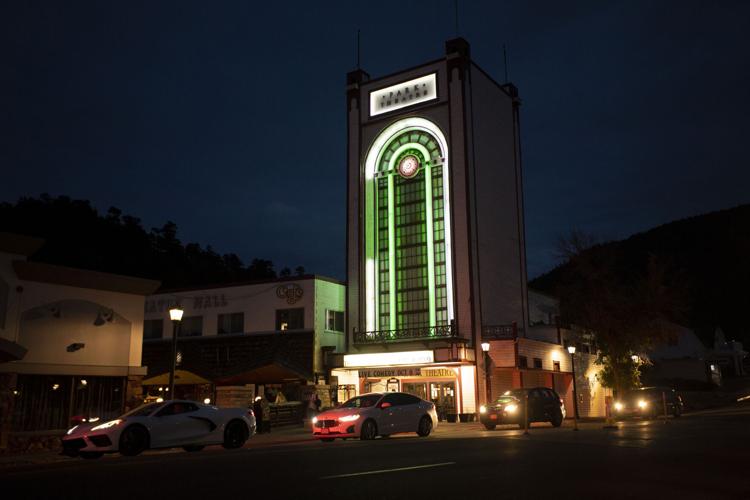 The tower at the Historic Park Theatre in Estes Park often is called the Tower of Love and is a star attraction in the mountain town. 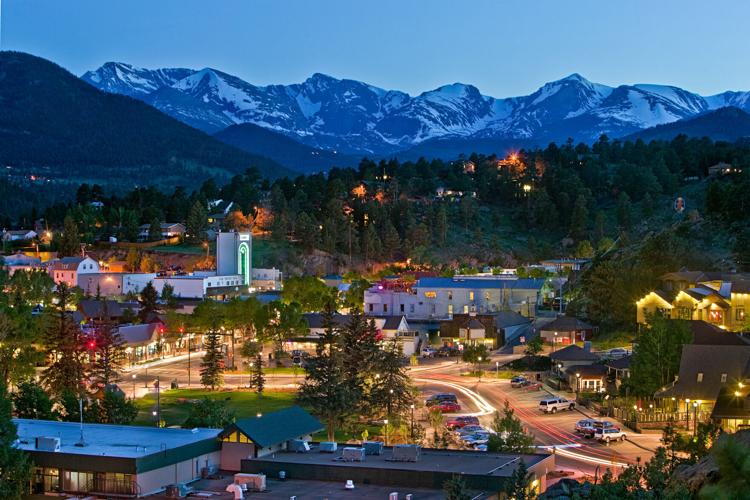 The summer vacation possibilities are endless in Estes Park. 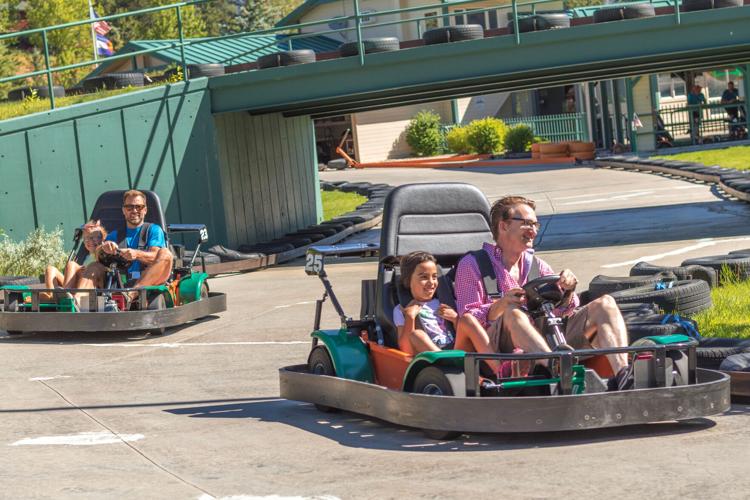 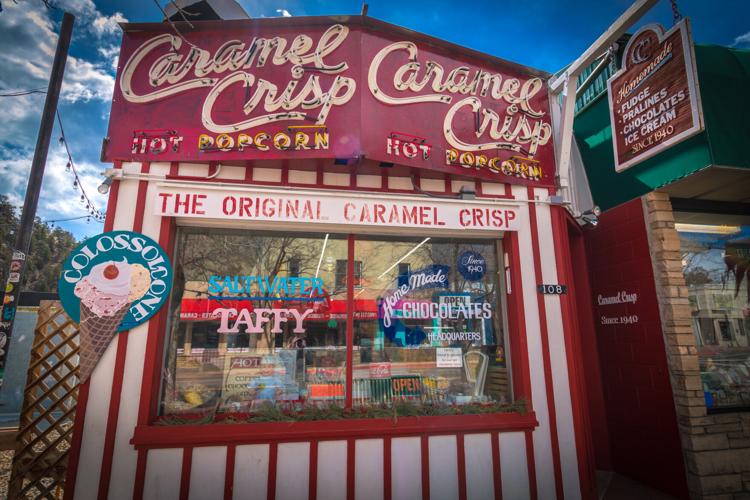 Candy is a must in Estes Park.

The tower at the Historic Park Theatre in Estes Park often is called the Tower of Love and is a star attraction in the mountain town.

The summer vacation possibilities are endless in Estes Park.

Candy is a must in Estes Park.

Main Street Colorado is a summer series spotlighting downtown stretches of mountain towns that altogether give the state its undeniable character.

In 1864, one of Colorado’s foremost men, William Byers, set his sights on Longs Peak.

The climb up the 14,000-foot mountain didn’t work out for the founding editor of the Rocky Mountain News. But the sojourn in this narrow, mountain valley clearly left a positive impression, thanks at least partly to the hospitality of the couple who hosted him, Joel and Patsy Estes.

In his newspaper, Byers proclaimed: “Eventually this park will become a favorite pleasure resort.”

Estes Park is, of course, famous for being the gateway to Rocky Mountain National Park. Since Longs Peak and its surrounding wilds were preserved in 1915, the town has expanded — outward and upward from its origins along Elkhorn and Moraine avenues, situated along today’s Riverwalk.

Despite the development and bustle, elk still venture into town, especially during the rut come early fall. And the downtown corridor maintains its historic charm.

That’s while housing everything you’d expect in a tourist epicenter: sweets, gifts, galleries and boutiques. More than 200 businesses line the avenues.

Shop ‘til you drop

The Old Church Shops was a place of worship in 1900. Now, it’s a place for coffee, clothes, souvenirs and more.

Before 2020, Macdonald Book Shop was a family-owned staple dating to 1928; it’s now owned by the couple next door at Inkwell and Brew, the coffee shop that’s a fitting neighbor. Earthwood Artisans has been trusted since 1977 for pottery, jewelry, paintings and photography. It’s always Christmas in the Christmas Shoppe, which recently celebrated 50 years.

Trendz has left its mark this decade, stocked full of handmade mementos, gifts and home decor. Show off with something from Buckles of Estes and/or something from Patterson Glassworks. Patterson promises “dazzling gifts” and, on occasion, glassblowing demonstrations.

Big Horn Restaurant has been beloved for breakfast on Elkhorn Avenue since 1972. The family-run establishment takes care of you for lunch, too, with the Big Horn Deal. The kitchen makes your picnic to-go while you eat breakfast.

A newer option down the road is The Egg of Estes — proudly reclaimed by and for locals after a former life as Egg & I, a national chain.

Fun City has been a family favorite since 1969, an amusement park that surprises off the main drag. There’s something for every kid and kid at heart: bungee jumping, go-karts, bumper cars, bumper boats, a giant rainbow slide and more.

Around the corner is Estes Park Aerial Tramway, ascending 1,000 feet for a mesmerizing panorama. The ride has been an itinerary must since 1955.

For a rainy day, look no further than Historic Park Theatre, the tower of a cinema overlooking downtown.

If you can’t go looking for pikas in their high, natural habitat, look around downtown. New to the streets are 12 bronze sculptures of the tiny creatures; finding them will occupy the kids. It’s a hunt best enjoyed with a treat from The Taffy Shop, Laura’s Fine Candies or Estes Park Sugar Shack.

Reserve a day to paddle at reservoir south of Denver

Paddle Days have returned to a reservoir south of Denver — welcome news among enthusiasts fine with a fee and some restrictions.