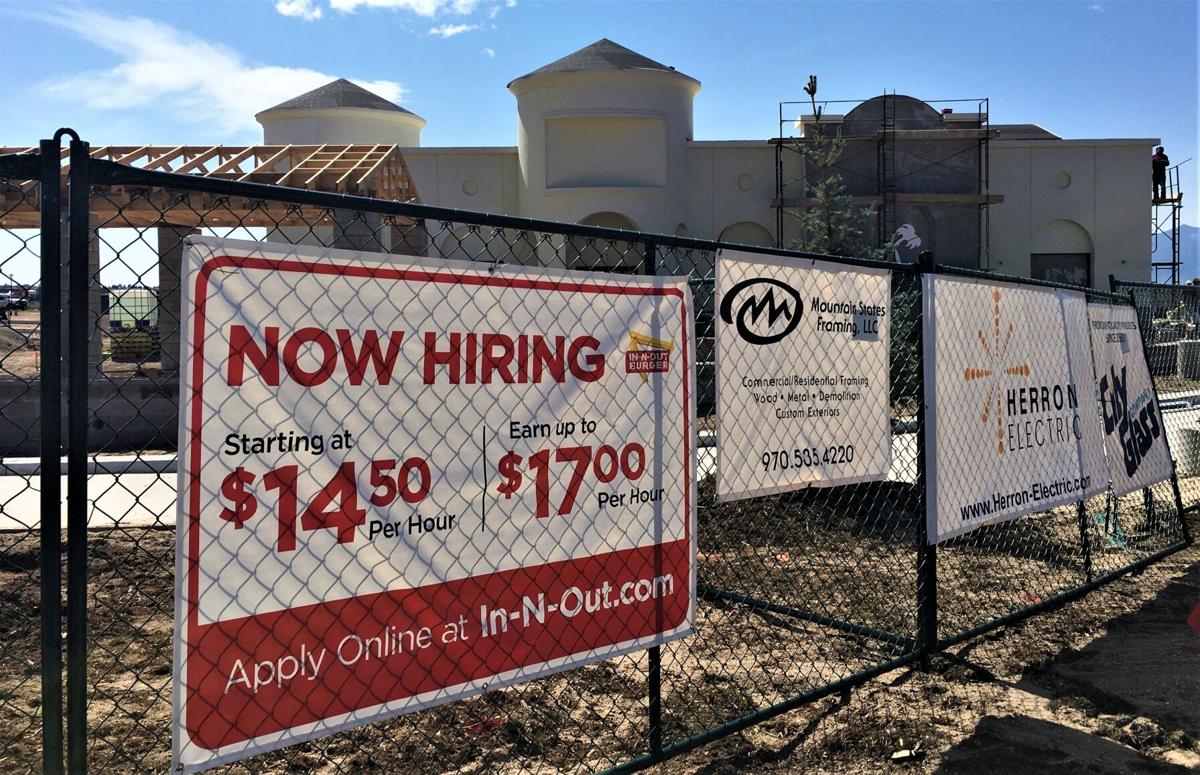 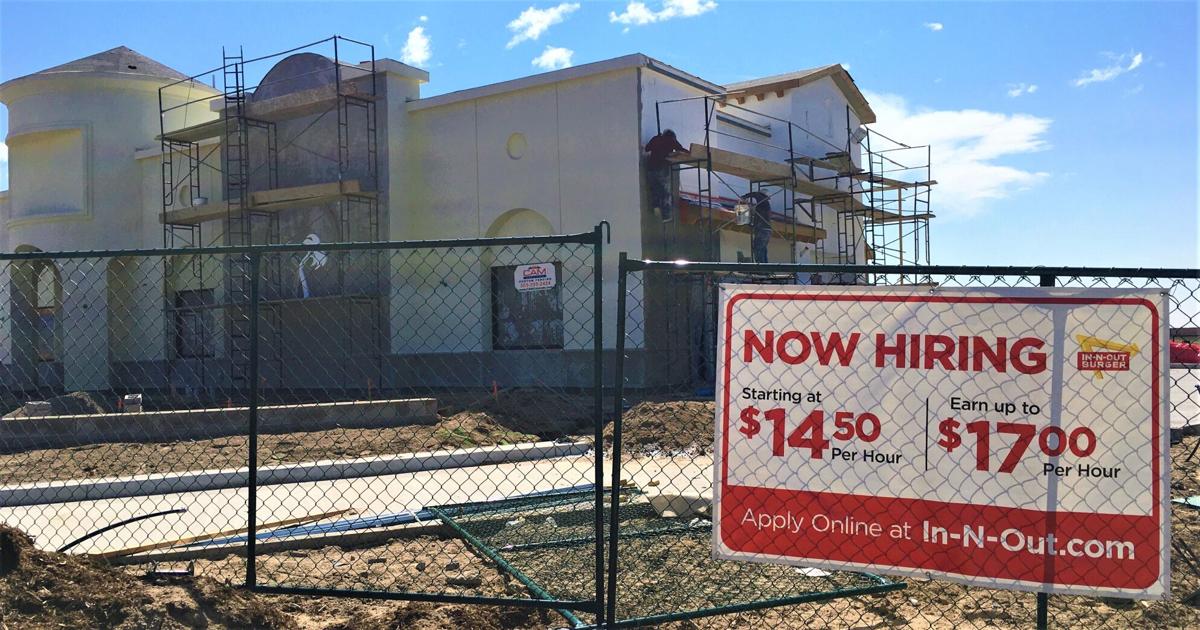 In-N-Out Burger still hasn’t said when it will open in Colorado Springs.

But the California fast-food favorite, which is building its first Springs restaurant southeast of InterQuest and Voyager parkways in the Victory Ridge development, has started taking employee applications — a sign it’s getting closer toward serving its first Double-Double.

“Now hiring” banners have been hung at the restaurant’s construction site, which urge job seekers to apply online at In-N-Out.com. Positions pay $14.50 an hour to start, and employees can earn up to $17 an hour, the banners say.

“We anticipate that each restaurant will employ a team of 50 or more associates to start, and that hiring will continue to take place after opening day,” he said.

The restaurant will employ full- and part-time workers.

Rooms with a view: 2 more hotels planned on Colorado Springs' north side

Nine In-N-Out restaurants are planned in Colorado, including a second Springs location east of Powers Boulevard and Constitution Avenue in the First & Main Town Center development, according to media reports.

In-N-Out has not said how many restaurants it ultimately will have in Colorado.

When In-N-Out announced its expansion to Colorado in late 2017, at least one news organization speculated the company’s distribution facility in the Springs could serve about 50 restaurants statewide.

The opening date for the Colorado Springs restaurant and others, however, remains unknown; In-N-Out has said several times that it’s on track to open in the Springs and elsewhere in late 2020.

“We don’t yet have a planned opening day (for) our first Colorado restaurants, and we likely will not be able to identify a precise date until very close to opening due to the nature of the construction process,” Warnick said in his email. “We are still on track to open our first locations late this year.”

In-N-Out, founded in 1948 in Southern California, has developed a cultlike following for its burgers, fries and shakes. The family-owned chain has more than 350 locations in California, Nevada, Arizona, Utah, Texas and Oregon, according to its website.

Westside Investment Partners, the suburban Denver developer of Victory Ridge, also doesn’t know when In-N-Out is due to open, said Otis Moore, a principal with the company.

In the meantime, other restaurants are starting construction in Victory Ridge, Moore said.

The city’s first Slim Chickens, an Arkansas-based, fast casual chain, will locate in a stand-alone building east of In-N-Out, while a Panda Express fast casual Chinese restaurant will go up next to Slim Chickens.

The nine planned In-N-Out locations are:

The wait for Double-Doubles and animal-style fries is finally over.