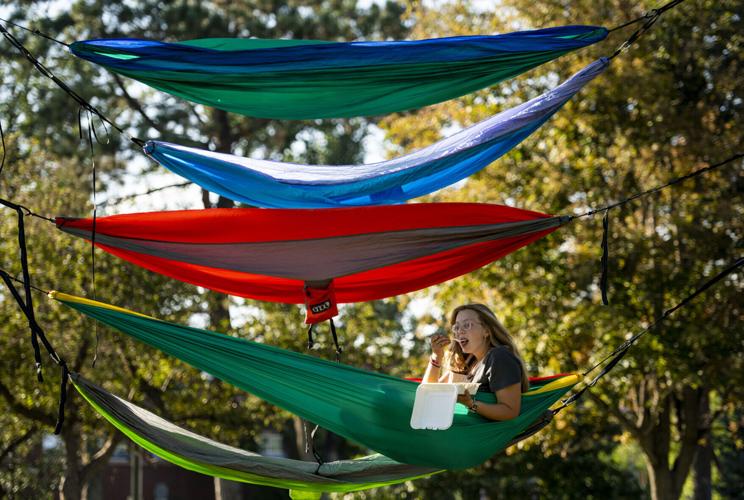 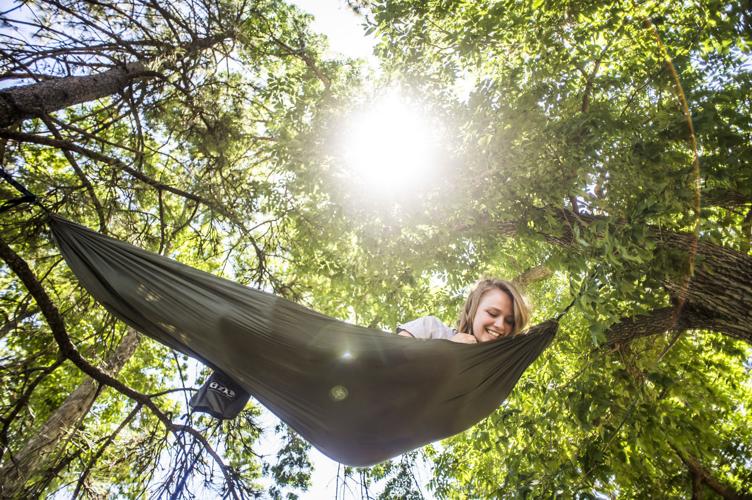 Hannah Kearse smiles down at friends during a hammock hangout at Memorial Park on Saturday, June 11, 2016. Photo by Stacie Scott, The Gazette 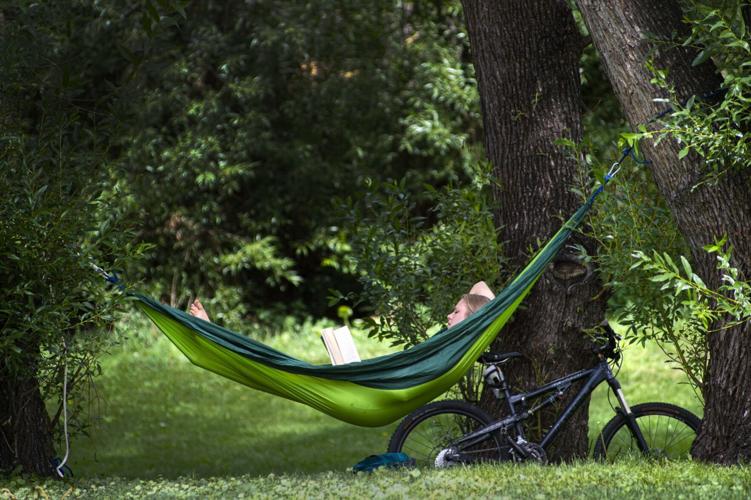 Gabriela Powell enjoys her day off Monday while reading a book from her hammock in the shade at North Shooks Run Park in Colorado Springs. 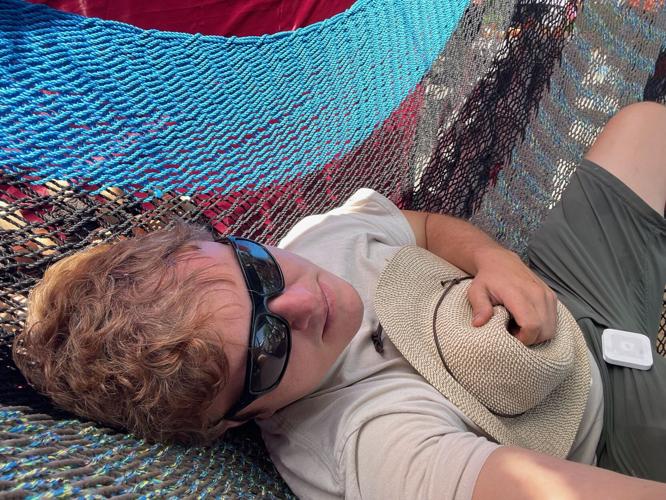 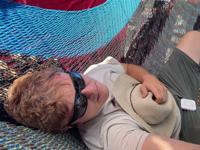 Hannah Kearse smiles down at friends during a hammock hangout at Memorial Park on Saturday, June 11, 2016. Photo by Stacie Scott, The Gazette

Gabriela Powell enjoys her day off Monday while reading a book from her hammock in the shade at North Shooks Run Park in Colorado Springs.

When sleep isn’t easy to find, it’s hard to hang in there.

It could put you in a desperate position. Turn on your side? Take a pill? Tell the ceiling all your darkest secrets? Tolerate this problem for however long it takes? Turn on your other side?

For some, hammocks aren’t just for fun or occasional hangs or something to pack for camping. For some, they are as serious as where you sleep at night.

This is the case for Chris Sawyer. The North Carolina native grew up in “hammock culture” and got even deeper into it as he grew up.

He also works hard for it. He worked for big companies like Pawleys Island Hammocks, which has been in business for 130 years and bills itself as “the home of the original rope hammock.” While studying international business in college, he took trips to Central America and saw another version of hammock culture. He learned how others made them and how they made for a slower, better life.

In 2014, Sawyer went all in. He started Colorado Hammocks, a Colorado Springs-based company specializing in hammocks made with recycled materials.

It has continued to be his life.

He knows well the benefits of sleeping in hammocks, the kind that made headlines a decade ago when Swiss researchers published a study about it.

“The gentle rocking motion makes people fall asleep faster, and they sleep deeper,” NPR reported about the study. “Those changes in brain activity may inspire new ways to help insomniacs.”

Evidence abounds elsewhere on the internet about how hammocks help. It comes in the form of hundreds of comments on Reddit and YouTube tutorials and lists like “14 Reasons I Love Sleeping in a Hammock” and, simply, a website dubbed sleepinginahammock.com. You’ll read some of the same reasons why it’s good for you: You’ll fall asleep faster. You’ll sleep deeper. It’s good for your back and your brain.

Sawyer says some of this while selling hammocks at markets and festivals around Colorado. His spiel includes how his products are handwoven and made from recycled materials.

He often says it’s hard to explain in words and invites passersby to just try it.

“It’s kind of like trying to describe a peanut butter sandwich,” Sawyer said. “I feel like I should make one.”

He also speaks from the heart. There’s a reason hammocks offer the “ultimate relaxation.” You’re forcing yourself to just hang.

“For me, it’s a place to process things that are unpleasant in my life,” he said. “It’s always going to make you feel better.”

For him, and others, it’s a safe place.

Denver is expecting sun and hot temperatures Tuesday in a trend that will persist through the end of the week, according to the National Weath…