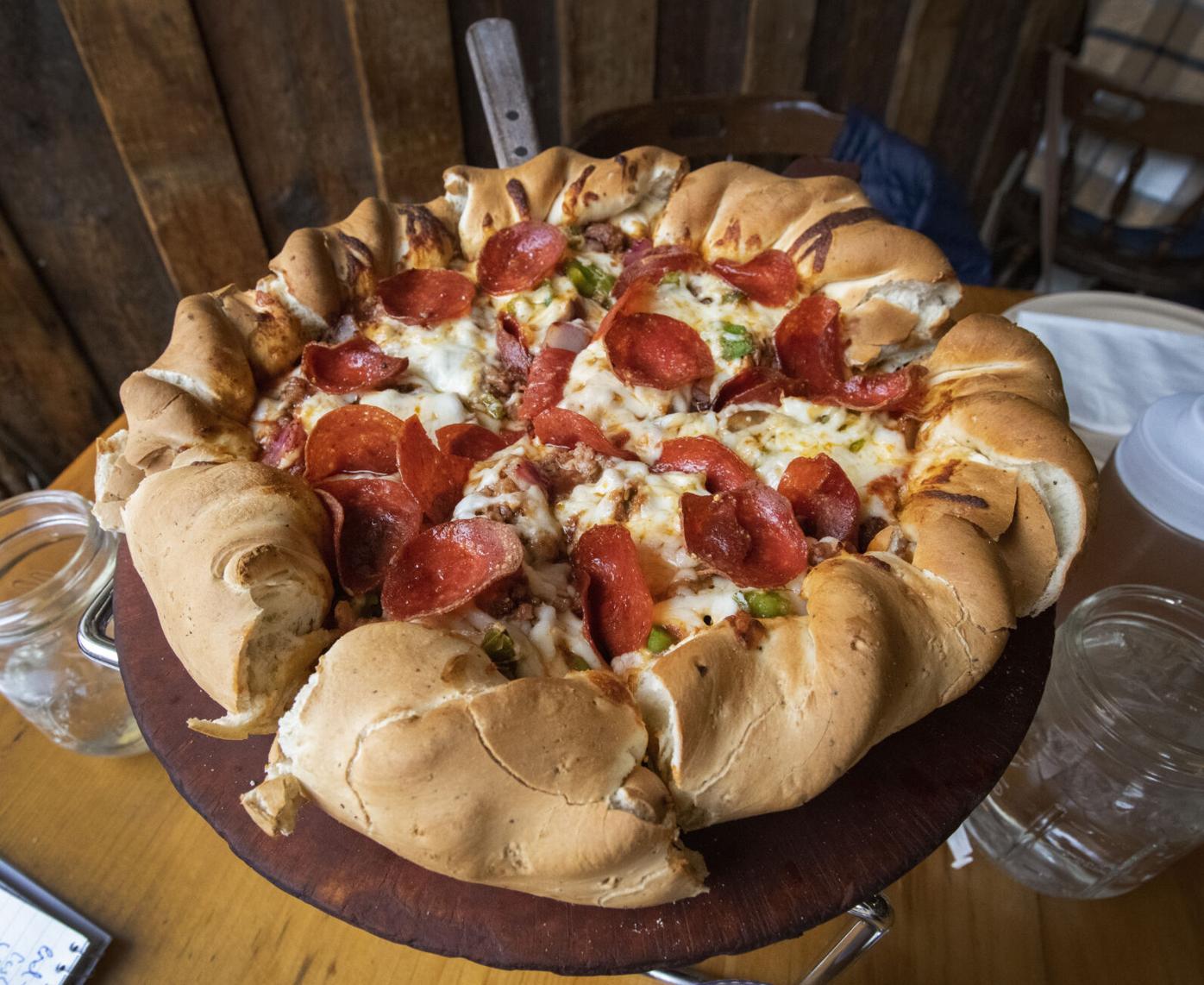 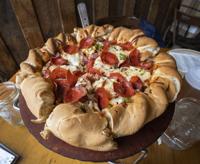 The Colorado-style Motherlode pizza with its braided crust at Beau Jo’s in Idaho Springs. 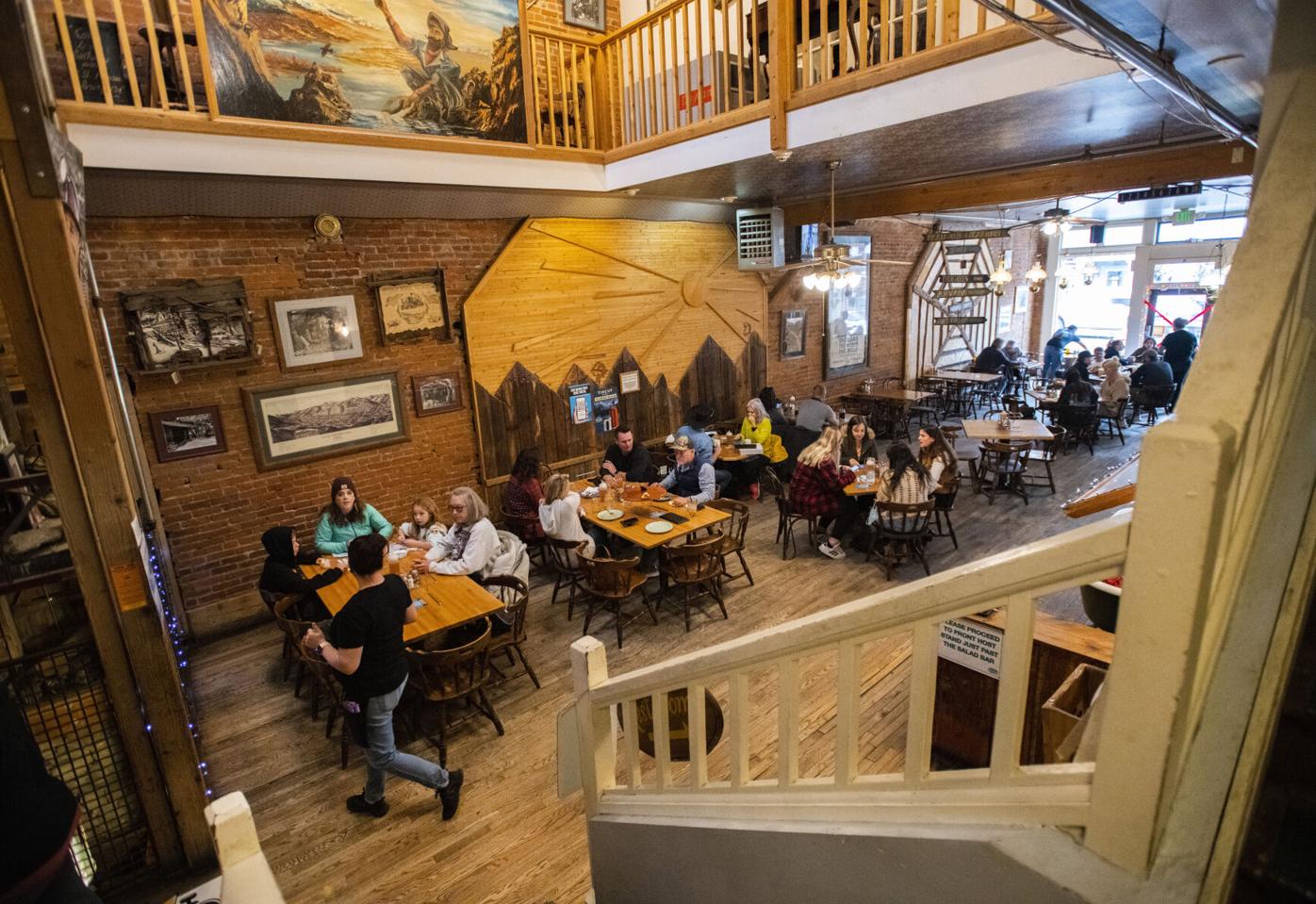 The lunch crowd keeps the staff busy last month at Beau Jo’s original location in Idaho Springs. The restaurant in the 1880s building can hold almost 700 customers on a busy day. 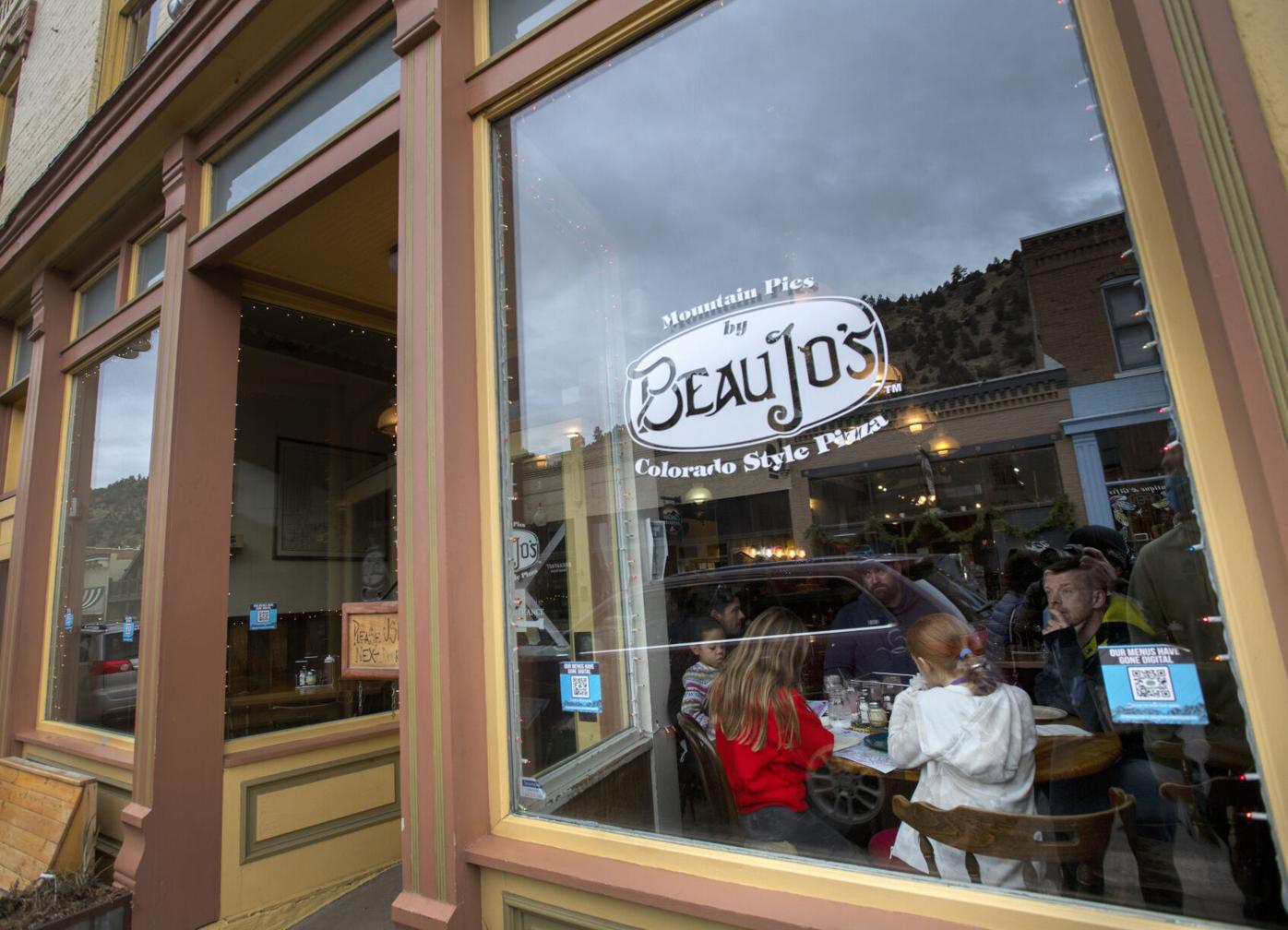 An 1880s building in downtown Idaho Springs is home to the original Beau Jo’s Colorado-style pizza with its braided crust. 010722-fam-craving 3.jpg 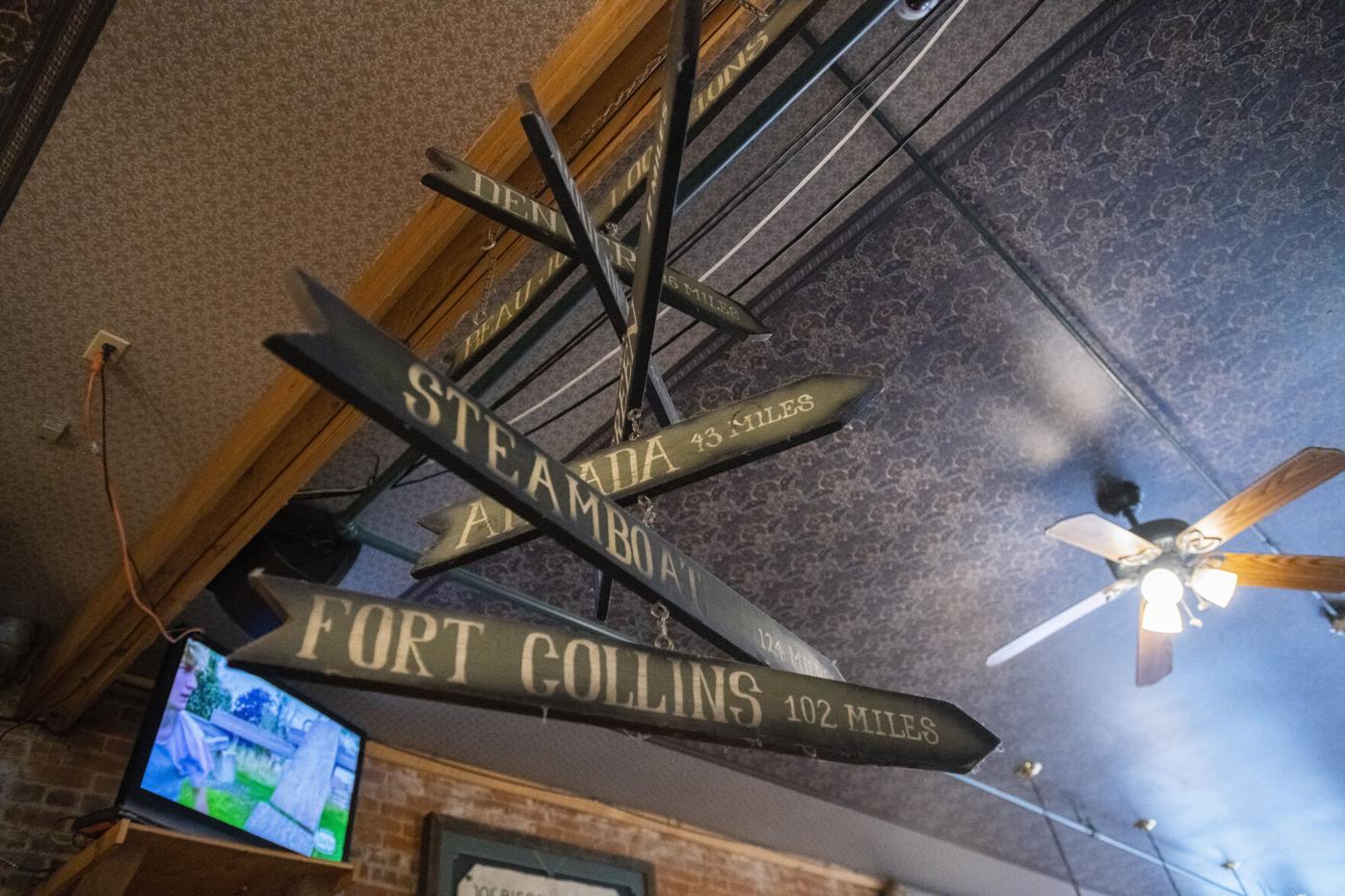 Signs pointing to the other Beau Jo’s restaurants hang from the ceiling of the original pizzeria in Idaho Springs. 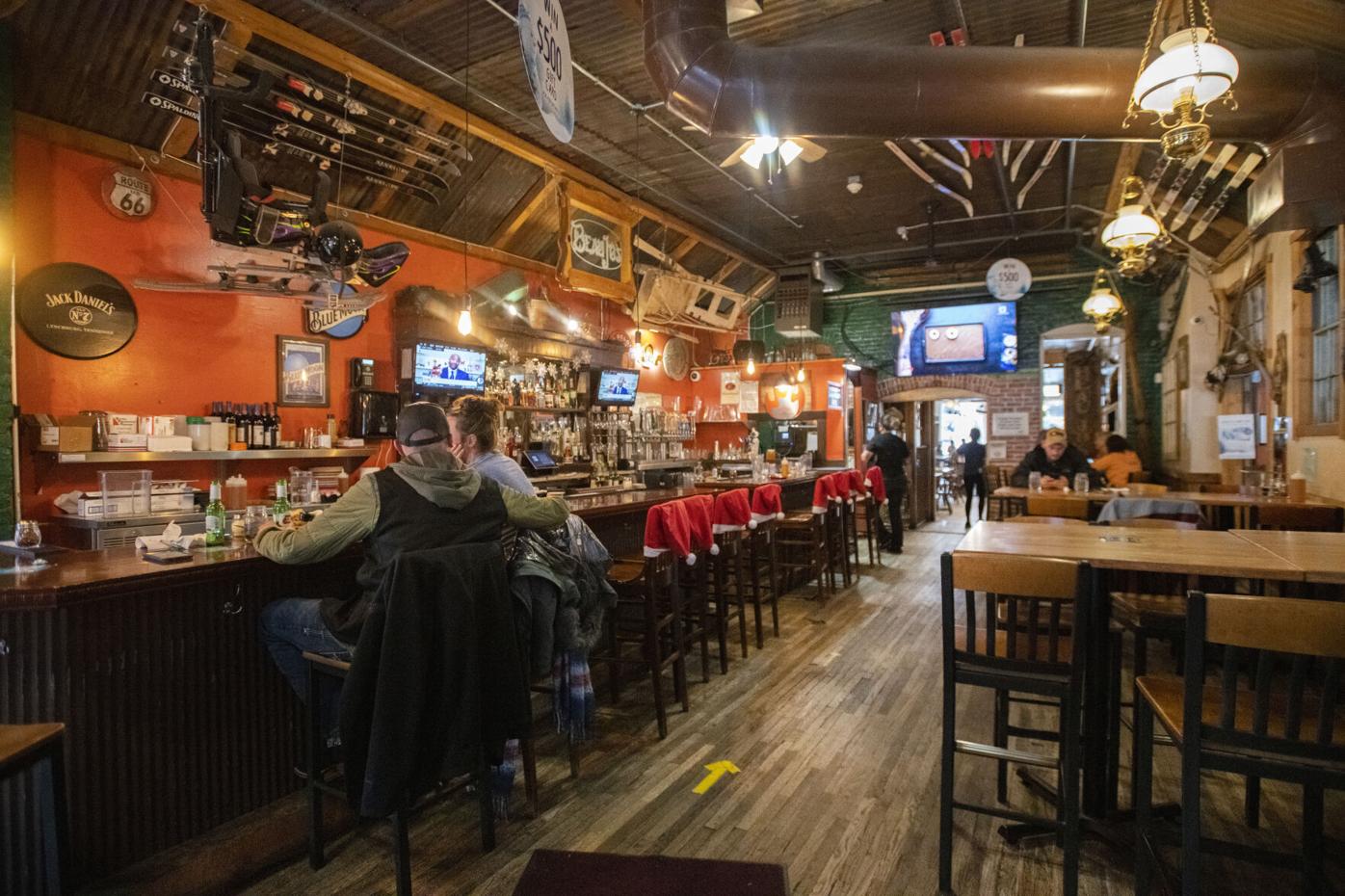 Customers sit at the bar of the flagship Beau Jo’s in Idaho Springs on Thursday, Dec. 9, 2021.

The Colorado-style Motherlode pizza with its braided crust at Beau Jo’s in Idaho Springs.

An 1880s building in downtown Idaho Springs is home to the original Beau Jo’s Colorado-style pizza with its braided crust. 010722-fam-craving 3.jpg

Signs pointing to the other Beau Jo’s restaurants hang from the ceiling of the original pizzeria in Idaho Springs.

Customers sit at the bar of the flagship Beau Jo’s in Idaho Springs on Thursday, Dec. 9, 2021.

IDAHO SPRINGS • Chip Bair doesn’t live here anymore, though he hasn’t left the business on Miner Street. Far from it.

The 74-year-old says he’s trying to be retired. “It’s not working out so well.”

Bair has the trappings of retirement: He’s swapped the Colorado cold for a home in Maui. But he hasn’t quite been able to say goodbye to the Centennial State, where nearly 50 years ago he gave rise to a pizza empire.

That’s Beau Jo’s, with locations in Arvada, Evergreen, Longmont, Fort Collins and Steamboat Springs. The flagship is in Idaho Springs, in an 1880s building of brick and wood that can seat almost 700 patrons craving something loyalists swear can’t be satisfied anywhere else.

Beau Jo’s is the proclaimed home of “Colorado-style pizza.” Or “mountain pies.”

It’s defined by a braided crust that rolls like the foothills around this former mining capital — the “containment system,” as it’s described, for a heaping of toppings. It’s thick, but don’t call it Chicago-style. You don’t see anyone in the Windy City dipping crust walls in honey, as you see here. This is the trademark “built-in dessert.”

There’s also a “prairie” option at Beau Jo’s. It’s a much thinner creation that resembles something closer to the New York staple.

The regional disciples arrive here, sometimes voicing their bias above a dish deemed too absurd.

“But what do they tell me most of the time?” says Alli Bair, one of Chip’s kids running the show today. “That it’s the best pizza they’ve ever had.”

“I’ve always wanted him to write a book,” Codi Bair says of her father.

Chip Bair was entrepreneurial beyond his years, having stacked cash on hustles from his Minnesota youth: shoveling driveways, penny-for-peanuts vending machines, flipping skateboards.

One day Bair boarded a Greyhound bus with a suitcase in either hand. He tried classes at University of Colorado at Boulder. “I was never a very good student,” he says. He was more interested in business.

One came up for sale in the old mining town along Interstate 70: a small pizzeria owned by a couple named Beau and Jo Ann. They were part of some meditative movement at that time, Bair remembers, feeling called to Hot Springs, Ark.

The original owners grossed about $22,000 in a year, he recalls. Today, he says, that’s close to a single day’s total in the summer. And little did he know back in the ‘70s that business would boom in the winter as well — would boom along with the I-70 ski resorts.

The beginning was humble. Bair kept the Beau Jo’s name but changed pretty much everything else.

His guiding principle: “You can do anything with pizza.” Another idea that would prove prophetic for this social media age: “People eat with their eyes.”

Hence the hand-braided crust and dipping honey, which also substituted sugar in the dough. A whole-wheat crust was developed, a renegade move in the industry at the time. Dehydrated veggies were tossed for fresh. And meats were pre-cooked and topped, rather than popularly cooked with the cheese, resulting in a greasy mess.

Bair was a self-described “little guy” who “could always eat a whole lot.” He ate a whole lot of pizza in those days — days that ended in a sleeping bag on the restaurant floor or in his cabin with no running water.

With a friend, “we’d build a fire and think about, ‘What else can we do?’” Bair says.

He first expanded to Denver and Crested Butte. The latter was a string of locations that wouldn’t work out (Colorado Springs was another). “I like to make all kinds of mistakes,” Bair says.

Experiments continue. A Beau Jo’s food truck launched last spring. Another concept is in the works: a Lone Tree pop-up intended to be a takeout and delivery operation, different from all of the full-service eateries to date.

“It’s again another learning curve,” Bair says, busy as ever. “But yeah, it’s kind of a fun thing to do.”

On the “Beautizers” side, the wings ($10-$18) are popular, with choice of buffalo, honey- Sriracha or sweet BBQ. The spinach and artichoke dip is another favorite ($11 full order). Also honey cheese bread, baked stuffed mushrooms and nachos.

For a video from Beau Jo's, go to gazette.com

A monthly dive into the culinary character of the Centennial State. Send your recommendations to seth.boster@gazette.com

BOULDER • Hardly a minute passes between the time he sits down and is fed.