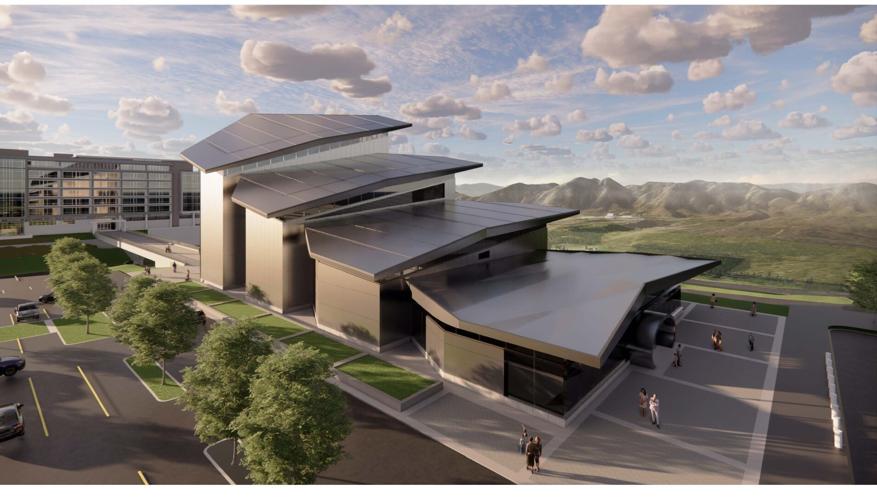 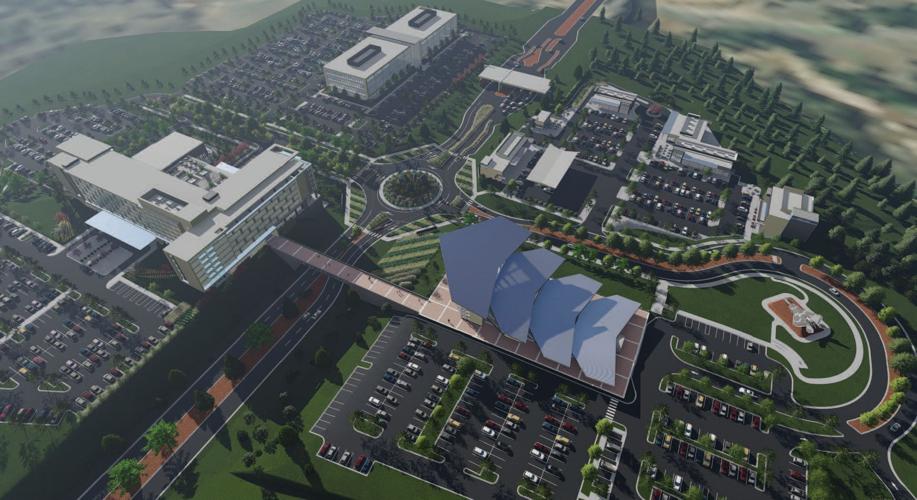 A concept view of the entire TrueNorth development. This includes the visitors center, a hotel and office space.

A concept view of the entire TrueNorth development. This includes the visitors center, a hotel and office space.

A groundbreaking ceremony was held Monday for what will be the academy's new visitors center, which is part of TrueNorth Commons — a development featuring a nine-story hotel, conference center and office space. Construction on the $500 million, 57-acre project began in June.

The new visitors center will be located on academy grounds but outside of the North Gate checkpoint. It will enhance public access to the academy and bring the public closer to the academy, Clark said. The current Barry Goldwater Visitor Center is a product of the 1980s and 10 minutes from the North Gate entrance.

Visitors have to negotiate winding roads and heavily armed security guards, said Clark, who joked that visitors run the risk of arrest if they miss a left-hand turn on the way.

"The geography of the Air Force Academy is a bit of a challenge," he said. "Truly, the TrueNorth Commons is a solution to this challenge, and it's going to give us greater and easier access to the real owners of our Air Force Academy: The American people."

The current visitors center features several exhibits, including full-scale replicas of cadet dorm rooms and other facilities. It also has a 250-seat movie theater that follows cadets through basic cadet training and other parts of academy life.

The new visitors center's conceptual design evokes the image of an airplane soaring upwards, and may feature static air and spacecraft displays. While the displays are still being developed, the academy's visitor experience and STEM (science, technology, engineering and math) outreach chief Lisa Neener said they will be "immersive, storytelling exhibits" that balance digital and tangible displays.

"The new visitor center will be a more visible and accessible facility to guests as the gateway to Colorado Springs," Neener said. "(The visitors center) also serves as an official Colorado Welcome Center."

TrueNorth is also the fourth and final City for Champions project.

The other projects — the U.S. Olympic & Paralympic Museum and Weidner Field in downtown Colorado Springs, the William J. Hybl Sports Medicine and Performance Center at the University of Colorado at Colorado Springs and Robson Arena at Colorado College — have opened. Site work on TrueNorth Commons began earlier this year.

In May, three Air Force Academy cadets who refused the COVID-19 vaccine and were denied religious exemptions last spring were allowed to graduate with their bachelor's degrees, but could not commission into the Air Force and were required to watch graduation from the bleachers instead of with the rest of the Class of 2022.