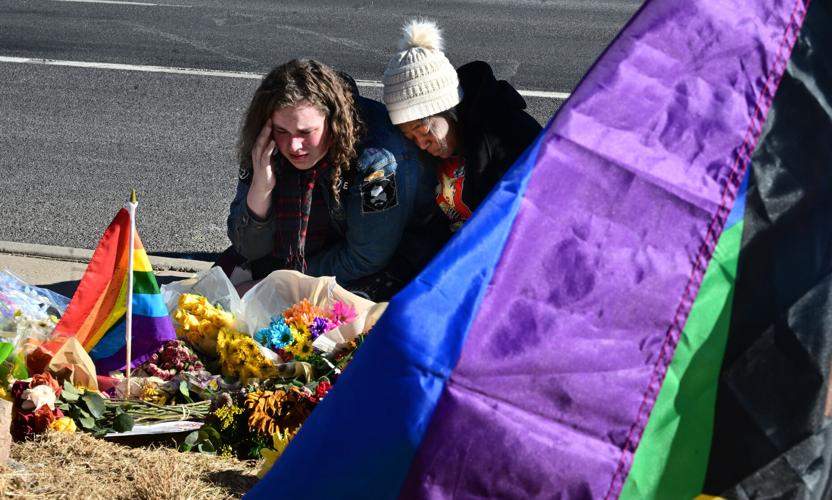 Zeth Gross and Keairra Barron comfort each other at the growing memorial of flowers and sentiments for the five people who were killed at Club Q on Saturday night. Both are regulars at the club. Monday, Nov. 21, 2022. (Photo by Jerilee Bennett, The Gazette) 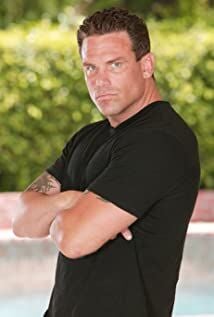 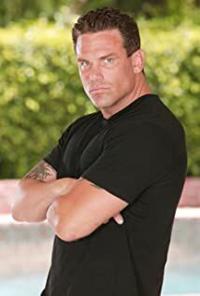 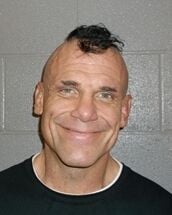 Aaron Brink was arrested at the age of 41 in Rocklin, California for burglary, being under the influence of a controlled substance and parole violation in May 2016.

Zeth Gross and Keairra Barron comfort each other at the growing memorial of flowers and sentiments for the five people who were killed at Club Q on Saturday night. Both are regulars at the club. Monday, Nov. 21, 2022. (Photo by Jerilee Bennett, The Gazette)

Two weeks before his 16th birthday, the man accused of murdering five people in a Colorado Springs nightclub changed his name to distance himself from his father and an extremely troubled childhood. On May 2, 2016, according to Texas court records, Nicholas Franklin Brink became Anderson Lee Aldrich.

Aldrich’s difficult childhood and earlier existence as Nicholas Brink offer the first clues to the mysteries of who the suspected gunman was, though it is unclear yet if his tumultuous childhood is related in any way to the attack at Club Q. Shortly before he changed his name, the suspected shooter apparently was a target of online bullying and showed signs of a fascination with gay culture.

A petition for the name change obtained by The Denver Gazette shows the reason for the name change handwritten by his biological grandmother, Pamela Pullen, was "minor wishes to protect himself and his future from any connections to birth father and his criminal history. Father has had no contact with minor for several years."

Aldrich, his biological grandmother and step-grandfather, Pamela and Jonathan Pullen and his mother, Laura Voepel, all signed the petition. Under her signature, Voepel crossed out the word "petitioner" and hand-wrote "birth mother." Aldrich's biological father, Aaron Brink, gave written permission for the name change. "I am the birth father of Nicholas Franklin Brink and I have been advised of the petition to change the legal name of my son," the document states with a signature and the date of 4/18/2016.

Aldrich spent much of his time in recent years living with his maternal grandmother and step-grandfather, Pamela and Jonathan Pullen, in the Colorado Springs area before they moved to Florida in late 2021, according to Mrs. Pullen's Facebook page, which has since been taken down.

On June 18, 2021, Aldrich was booked into the El Paso County jail on two counts of felony menacing and three counts of kidnapping after a bomb threat and standoff at his mother's home. On a neighborhood doorbell surveillance video obtained by The Gazette, Aldrich can be heard saying to his mother, "This is the day I die. They don't give a f*** about me any more. Clearly." A relative told The Gazette that he was referring to the Pullens and their decision to move.

Aldrich was jailed but formal charges never were filed and the case has been sealed.

It's unknown where he has been living for most of 2022, leading up to Saturday night's shooting.

A relative who wished to remain unidentified told The Denver Gazette that he chose the name Anderson Lee Aldrich because he liked the initials A.L.A., but no further information was given as to what the three  letters represent.

Saturday night into Sunday morning, Aldrich, who witnesses say was dressed in tactical gear and carrying multiple firearms, allegedly shot and killed five people and injured 17 others. Aldrich was beaten with his own pistol by a customer and stomped on by a trans woman at Club Q and remains in the hospital.

Club Q suspect's mother had a past of her own

Nick Brink became Anderson Aldrich on May 2, 2016 with an order granting his name change just five days after he petitioned for it in the Bexar County court of records.

The Denver Gazette has been piecing together what appears to be a troubled childhood. There are few social media or school records for the 22 year old. The Washington Post reported that at age 15, around the time of his name change, he was targeted in online bullying and photos.

Aldrich was born May 20, 2000, to Laura Voepel and Aaron Brink in Orange County, California. The couple separated or divorced in Orange County in September 2001, with the description "dissolution with child."

At the time, Aaron Brink was starting his career as an MMA fighter.

All indications are that Aldrich was raised during his early childhood by Voepel.

Attempts to reach Brink, 48, were unsuccessful, but he still lives in California according to court records. His life has also been a struggle.

According to IMDb, it was adult films which led him down the path of drugs including crystal methamphetamine. In July 2009 when Anderson was still 9 years old, his father appeared on the reality show Intervention where his then-fiancee’ begged him to quit drugs.

In May of 2016, the elder Brink appeared to hit rock bottom when he was arrested for attempting to shoplift a BB Gun at a Sportsman's Warehouse in Rocklin, California according to an incident report obtained by The Denver Gazette.

There are indications that Aaron Brink's son had a fascination with gay culture.

Aldrich, as Nicholas Brink, established a YouTube channel in 2010 using the moniker “TheAzzbackward.” He may have been the creator of an animated 45-second video displayed on the site called “Asian Homosexual Gets Molested.” It was the only video on the channel.

In 2011, Aldrich biological father, Aaron Brink went high profile with his divorce from a pornography actress on an episode of "Divorce Court."

Months later, on Jan. 14, 2012, as first reported by The Gazette, Brink’s mother, committed arson in San Antonio, according to Bexar County court records. At that time, Brink was still 11.

By August 2013 the charge was reduced to a misdemeanor and she was sentenced to five years of probation, which she did not complete, according to court records obtained by The Gazette.

Her attorney at the time, Jim Oltersdorf, said that she was first arrested and probation assigned, she never spent another day in jail.

Aldrich’s biological grandfather on his mother’s side is California state assemblyman Randy Voepel, who was the mayor of Santee, California, during the 2001 Santana High School shooting in which a gunman killed 3 people and wounded 13 others.

Efforts to reach Aldrich's mother and grandmother also have been unsuccessful.

Ed Sanders was shot twice during the deadly Club Q attack, after which he was taken to UCHealth Memorial Hospital Central. Sanders said after …