The pickup truck that might just save the world | Vince Bzdek 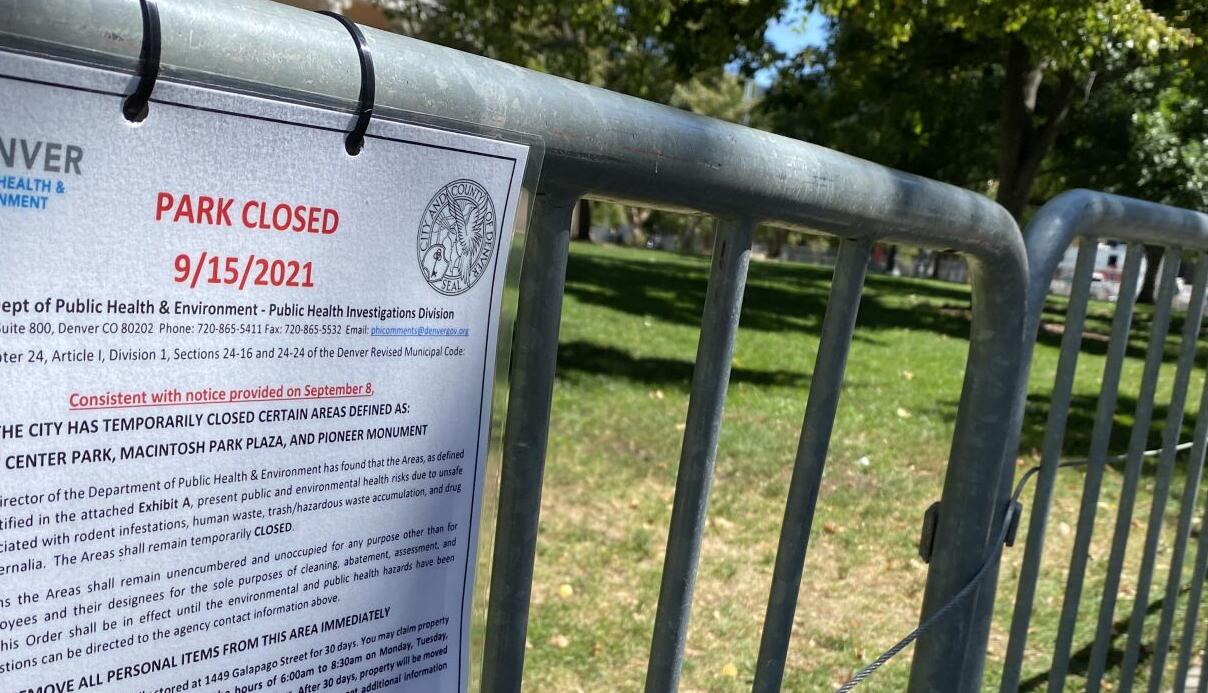 A sign is posted warning people to stay out of Civic Center Park. New fences were up at dawn. 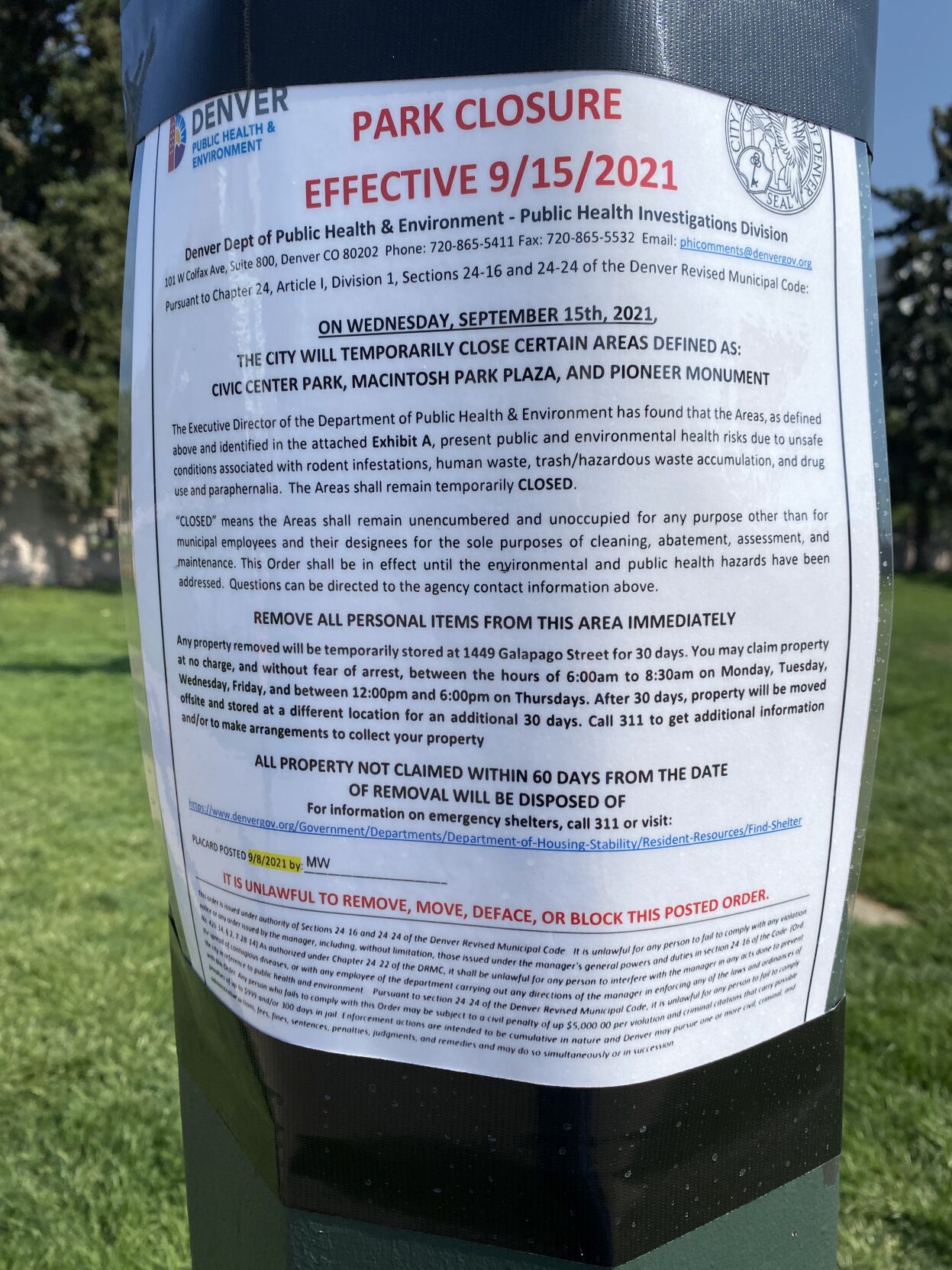 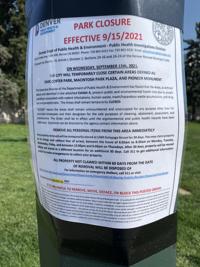 A sign is posted warning people to stay out of Civic Center Park. New fences were up at dawn.

The city of Denver was true to its word. After giving homeless people who regularly hang out in Civic Center Park a week to gather their belongings and leave, workers threw up a metal fence before dawn to keep them out for Wednesday’s deadline.

Seven hours after the fences went up around the historic park, a man came along and knocked some of them down. By noon, police were still looking for the fence-buster, but workers had already reinstalled the three-and-a-half foot tall metal barriers. One police officer remarked that he wished the fences were taller to keep people from jumping over them.

When a man started screaming at a woman in the sidewalk city near the Denver Public Library, park rangers dodged cars, running over to break up the brewing battle. “It’s a weird line between being compassionate and being assertive,” Ranger Jon Hill told The Denver Gazette. One woman, Sadie Meinert, is familiar with the rangers, “I like them. They protect us.”

Denver police made their presence visible with parols in the streets near Civic Center Park. To the west, two Colorado State Patrol cruisers awaited trouble in Lincoln Veterans Memorial Park.

The two parks are managed by two different entities. Civic Center Park laws are enforced by the Denver Police Department. The State of Colorado keeps law and order at the state-run Lincoln veteran's memorial, a stone’s throw away.

“Most of us out here, we have warrants. I’m not going near those cop cars,” a man calling himself Redbeard explained. He jumped to grab an available square of concrete, sweeping away half-eaten food, tossed hypodermic needles and bottles of urine. “Just because I’m houseless doesn’t mean I like to live like a slob,” he told The Gazette.

“This is crazy, them taking away our public space and making it unavailable for us,” said a woman calling herself Angel. Her tent on a 14th Avenue sidewalk housed a quart of spoiling milk and several plastic containers of fresh fruit. “What’s that gonna fix?” she asked.

Fixing is exactly what the city of Denver has in mind for the blighted park.

A rodent contractor baited traps there Wednesday for an army of rats which have thrived on leftover food which spilled across the grass.

Parks Spokesperson Cyndi Karvaski said crews will soon cleanse graffiti from the walls of the historic Greek amphitheater and replace sick and dying trees. “We are in the process of getting bids for the work now,” said Karvaski.

The restoration is going to force the German American Chamber of Commerce from holding its annual November Christkindlmarket in Civic Center Park. The group has said it is working to find another venue.

'We don’t have a plan B’: Denver OKs contract extension for controversial hazard cleaning service

After nearly three hours of discussion and public comment, the Denver City Council voted Monday to extend the city’s contract with a hazard cl…

What is your preference for a work environment?