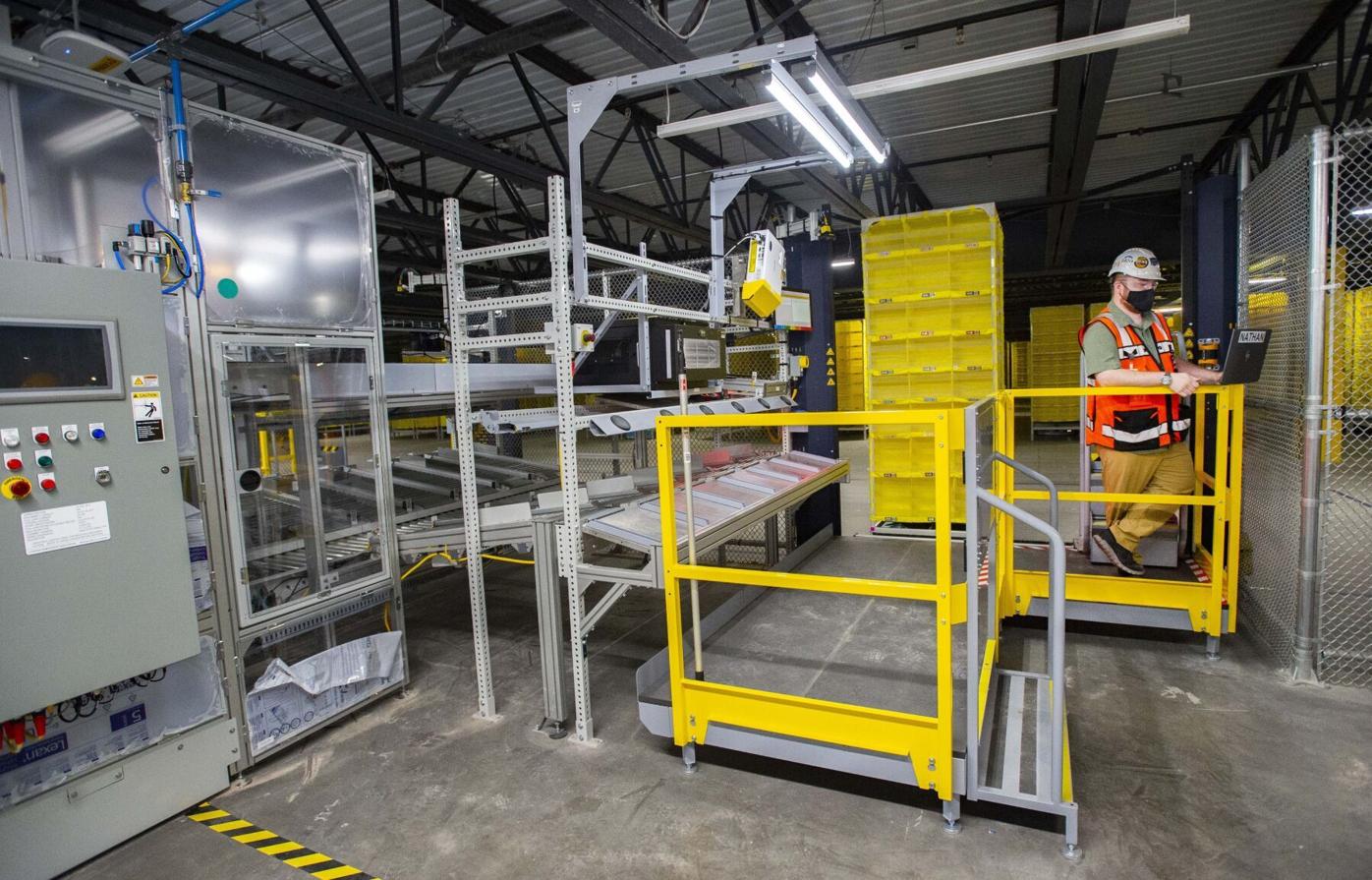 Nathan Schmenk operates one of the robotic picker stations at the new Amazon Distribution Center in Colorado Springs. The robotics moves the bins of merchandise stored on one of the 12-football-field floors to the picker rather than requiring the picker to walk to the bin to pull the merchandise. 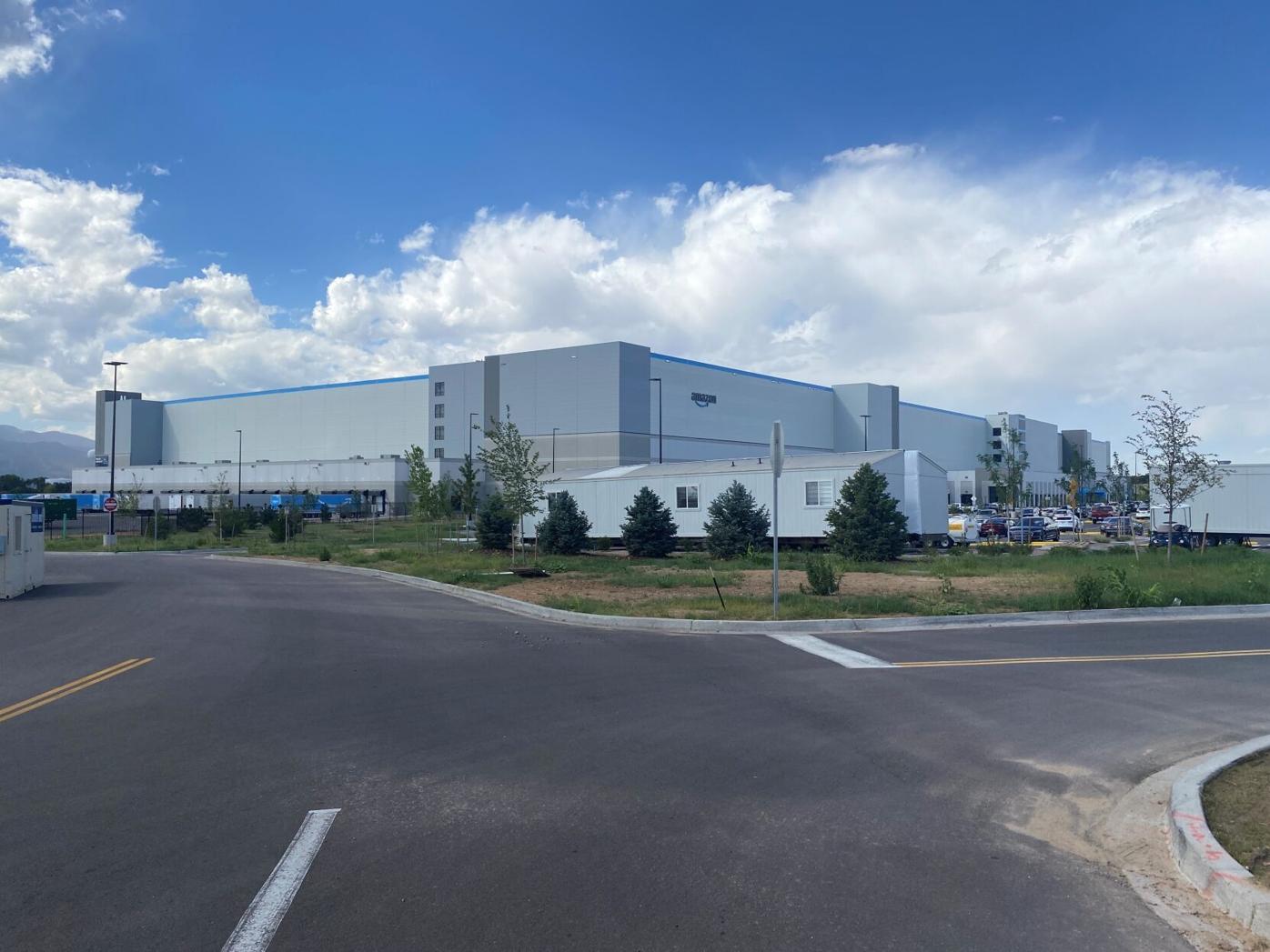 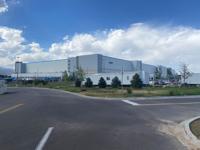 Nathan Schmenk operates one of the robotic picker stations at the new Amazon Distribution Center in Colorado Springs. The robotics moves the bins of merchandise stored on one of the 12-football-field floors to the picker rather than requiring the picker to walk to the bin to pull the merchandise.

Online retail giant Amazon announced Tuesday it plans to hire another 2,700 employees in the metro Denver area for its delivery and processing stations here.

The wave of hiring is part of Amazon's statewide expansion, which also includes hiring another 2,200 in Colorado Springs for its massive fulfillment center which recently opened.

The jobs are listed at www.amazon.com/apply and offer starting wages of  $15 to $22.62 an hour, with a statewide average of $18 an hour; signing bonuses of up to $1,000 also are available at some locations.

"We are proud to offer opportunities for people from a range of backgrounds, from furloughed workers to former military personnel," said Dave Clark, Amazon's worldwide consumer CEO, in a news release from the Seattle-based company. "Whether you're looking for a short-term job to make money for the holidays or a long-term career, you're welcome here, and we look forward to having you on our team."

In Denver, Amazon is advertising openings at its fulfillment and sorting centers in Aurora as well as delivery stations in Aurora, Broomfield, Cherry Creek, Commerce City, Denver, Englewood, Loveland, Southglenn and Thornton. Amazon also works with 2,500 independent delivery companies that are expected to hire more than 125,000 delivery drivers nationwide by year's end, including many in Colorado.

Amazon is hosting an online career day Wednesday, and in person at its 14601 Grant St. location in Thornton. Nationwide that day, it's offering 20,000 sessions with Amazon recruiters for potential employees and thousands of other sessions for the company's current employees who want to move into higher-paying jobs with the company or elsewhere. The event is open to all potential employees, but registration at www.amazoncareerday.com/ is required.

Amazon already employs more than 16,000 statewide in full- and part-time jobs. Many of the Colorado Springs employees were hired in the past three months to staff the company's 3.7 million-square-foot fulfillment center, which opened in July in the Colorado Springs Airport's Peak Innovation Park.

With the latest hiring, Amazon will be among Colorado Springs' largest employers. The company has grown rapidly there since opening a temporary delivery station in a tent near the airport's passenger terminal in late 2018, replacing it with a permanent delivery station in 2019 and then building the fulfillment center and a 300,000-square-foot sorting center that opened last week, all in Peak Innovation Park.

The Colorado hiring announcement is in addition to the 40,000 corporate and technology jobs Amazon said earlier this month it is trying to fill at 220 locations nationwide. The company has hired more than 450,000 people since the COVID-19 pandemic began in early 2020, which triggered surging demand for online merchandise. Amazon's sales grew by nearly 40% last year to $386.1 billion and grew another 35% in the first half of 2021.

The latest hiring announcement comes less than a week after Amazon said it will pay for all tuition, books and fees for more than 750,000 of its operations employees for either associate's or bachelor's degrees at hundreds of schools across the nation, beginning Jan. 1. For full-time employees, the company also provides health, dental and vision coverage, a 401(k) retirement plan with a 50% match and up to 20 weeks of paid parental leave.

It's an opportune time for the news, as employers across the state and nation struggle to fill openings, prompting some restaurants and other businesses to curtail operating hours or close locations.

"Right now, there are over 125,000 open jobs in the State of Colorado. With the expiration of supplemental federal stimulus benefits, many Coloradans need good, flexible, well-paying jobs," Joe Barela, executive director of the Colorado Department of Labor and Employment, said in the Amazon news release.