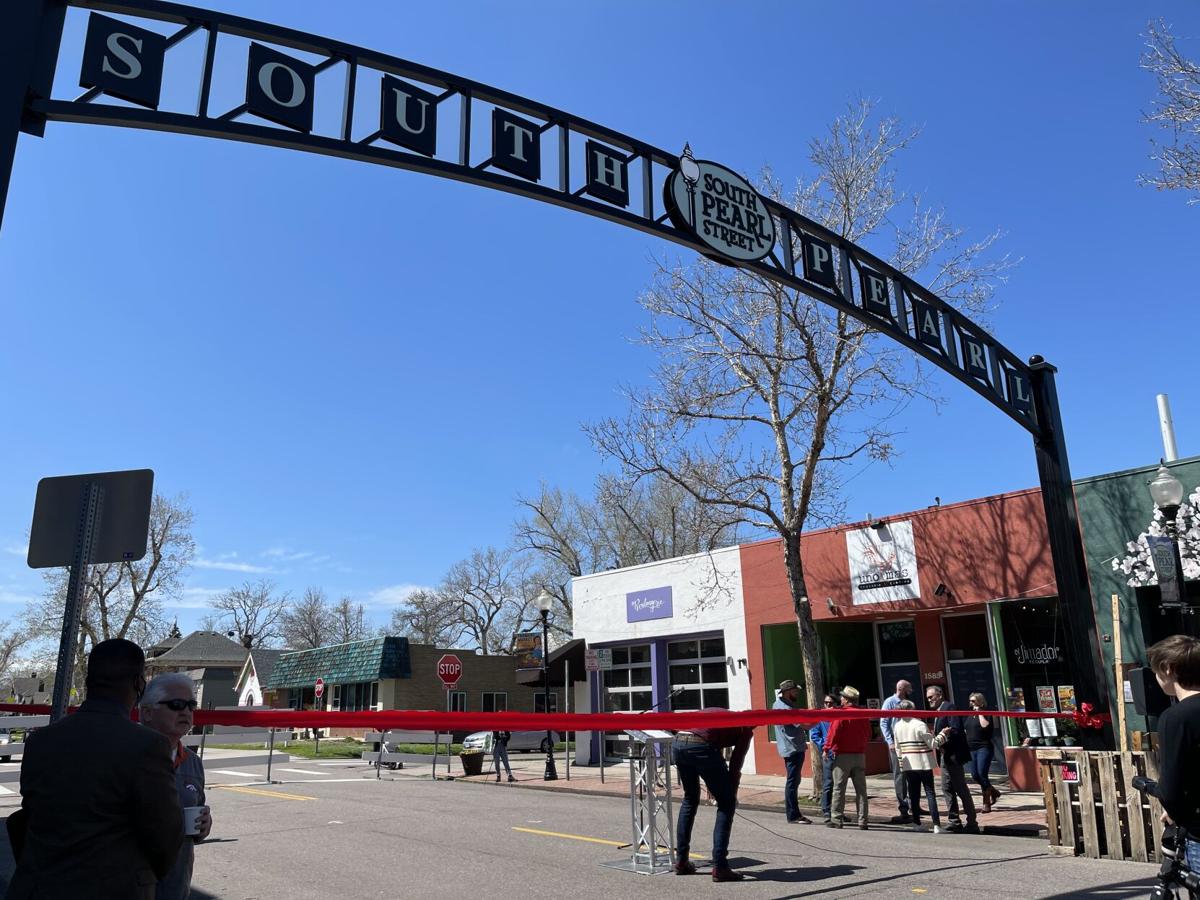 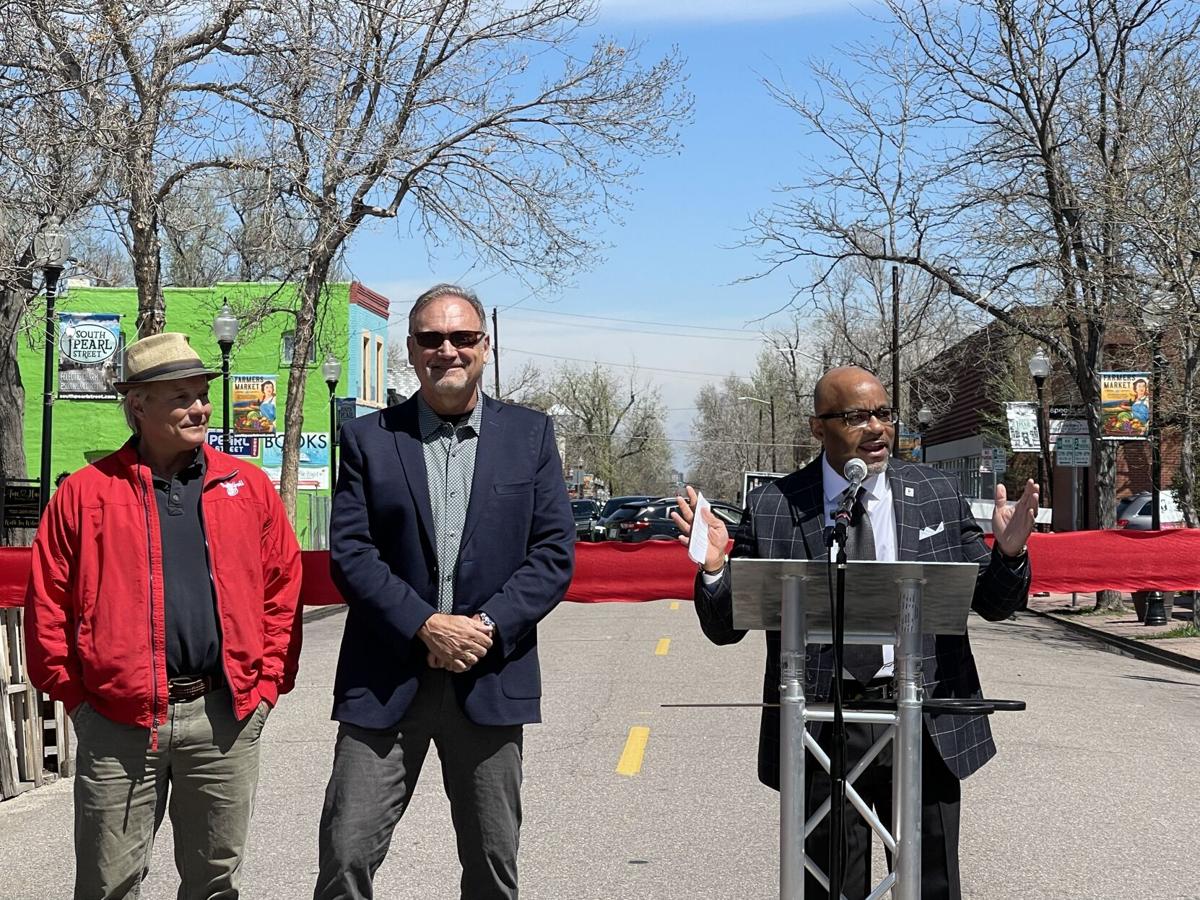 Denver Mayor Michael Hancock speaks at the ribbon cutting ceremony near East Iowa Avenue and South Pearl Streets in the morning of May 4, 2021.

Denver Mayor Michael Hancock speaks at the ribbon cutting ceremony near East Iowa Avenue and South Pearl Streets in the morning of May 4, 2021.

South Pearl Street is known for its farmers market, locally owned coffee shops and stores, but also as a hub for community members.

And on Tuesday morning, many of those community members flocked to East Iowa Avenue and South Pearl Street to cut the ribbon and unveil three new street arches.

"Today is just a celebration of South Pearl Street in general," said Mark Gill, the president of the South Pearl Street Association (SPSA). "This project has been a dream of ours for a long time, so it's almost surreal that this ribbon cutting is finally happening."

The new 24-foot arches span from Butchtel to Jewell Avenues with light green letters spelling out "South Pearl" across each square of the top of the arch.

Community members including Gill began thinking about bringing arches to South Pearl Street beginning in 2007. But it was not until six years later until the ball truly got rolling.

"We are just thrilled to be able to gift these arches to the neighborhood, South Pearl Street and for that matter the City of Denver," Gill said to the crowd of around 50 people Tuesday morning. "It's our hope and belief that these add to what's already a great vibe here on South Pearl Street, and give us more of a sense of place."

Denver City Council member Jolon Clark, who represents District 7 and lives a block away from the new arches, said following their completion, his daughter had a lot of things to say about the street's newest addition.

"She got home the day they finished installing the arches and was running around yelling, 'Dad, it's so awesome, you have to come right now' and dragged me out of the home and down to Pearl Street," Clark said. "She's a middle schooler and doesn't think anything is cool, but she thinks the arches are, and we both think it adds something to this special community."

But to the many thousands of people who visit the Mile High City each year, Denver Mayor Michael Hancock says these arches will symbolize that South Pearl Street is something worth stopping for.

"These arches really put the stake in the ground and say, 'here we are forever' and it's a great place to visit, very historic, but it's also a very vibrant area," Hancock said. "South Pearl Street is always on our tourism maps and recommendations, so these arches will show the support that the community has for the entire historic block."