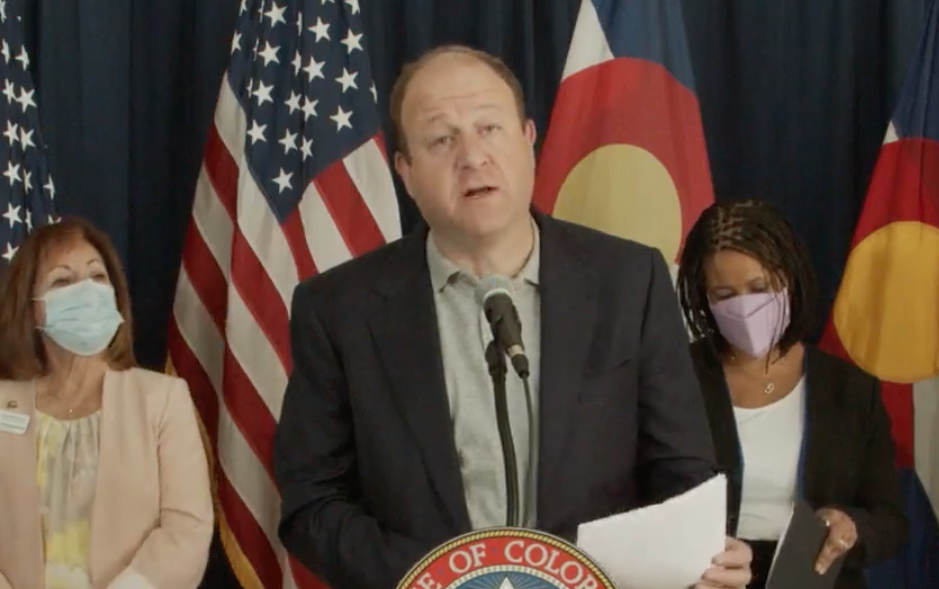 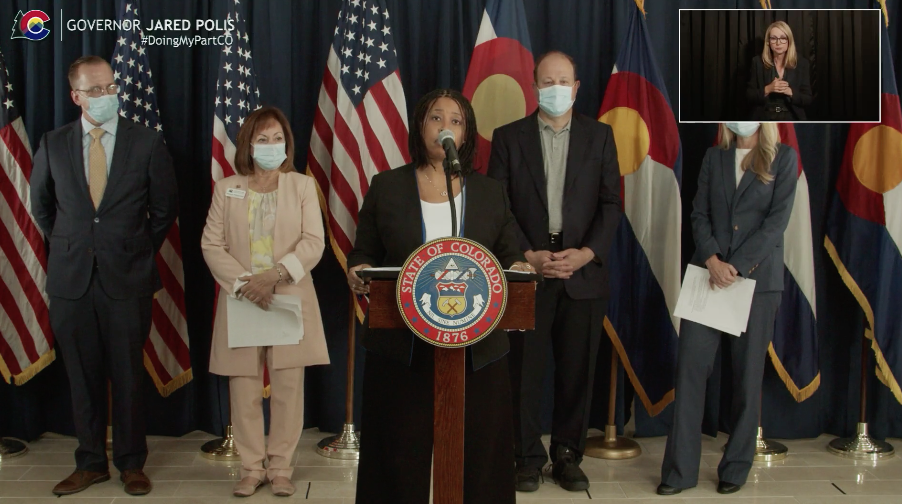 Estimates on how much the new essential health benefits would drive up insurance premiums, both from Wakely, used by the state; and the Colorado Association of Health Plans. Courtesy CAHP.

Colorado is becoming the first state in the nation to make gender services an insurance mandate.

Commissioner of Insurance Michael Conway estimated the additional premium cost for those services at about 64 cents per person.

Gender-affirming care is defined as "mental and physical health services that help align a transgender person’s body into alignment with their gender identity," according to the Polis administration.

The additional benefits have been approved by the Biden-Harris administration, according to Chiquita Brooks-LaSure, the administrator for the Centers for Medicare and Medicaid Services (CMS), who joined Polis for the announcement.

Brooks-LaSure said, "Gender affirming care can be life-saving. By making this care essential, the benchmark plan will guide what is included in health coverage statewide. This expansion is a model for other states to follow and we invite other states to follow suit ... we are proud to stand along Colorado as they take this step toward health equality."

The small group and individual health insurance markets cover about 20% of Coloradans, according to Conway.

The substance abuse treatment added as a benefit Tuesday primarily focuses on opioid addiction. Sen. Brittany Pettersen, D-Lakewood, who sponsored several behavioral health bills during the 2021 session that were signed into law, said during the news conference that annual mental health exams have not historically been covered by insurance companies. In July, Polis signed into law House Bill 1068, which mandates insurance companies to pay for an annual mental health exam.

"This is a big step forward for parity," Pettersen said. It's important for people to get those screenings up front before going down a path to using drugs to self-medicate for anxiety or depression.

Alternatives to opioids is part of that, Pettersen said. Doctors overprescribed opioids for pain management, and there's much to do to shift the culture after decades of overprescribing. According to Pettersen, doctors have said that opioids are the only pain treatment covered by insurance. "That's unacceptable," she said. This will be meaningful for a third of Colorado's population, to allow doctors to look for alternatives and get patients the care they need, without lifetime consequences, Pettersen added.

Conway said that the gender-affirming care benefits will be more inclusive and meaningful for LGBTQ+ Coloradans.

Those services can include:

As to the cost, Polis said he had to be convinced that savings would exceed the cost of those benefits. Opioid dependency is a key area in behavioral health where there is an imperative to reduce costs. That includes the human cost as well as financial, he said, such as lost earnings, losing jobs and income, tearing families apart and even homelessness. Preventing that, by offering alternatives to pain management and recovery, absolutely saves money on health care, he said.

State Rep. Brianna Titone, D-Arvada, Colorado's first transgender lawmaker, was among the sponsors on the annual mental health exam law. She said in a statement Tuesday that “Every person deserves access to the full range of health services they need, and I’m proud that Colorado is leading the way to cover comprehensive care for LGBTQ+ people in our state. For too long, too many transgender and nonbinary people have struggled to access the health care they need, despite having health insurance. These services are critical for the health and safety of LGBTQ+ communities and will provide more Coloradans with the agency they need to affirm their identities.”

The addition of the new benefits has been in the works since January, although the gender-affirming care was not discussed by the General Assembly as a possible new insurance mandate.

In a statement to Colorado Politics, the Colorado Association of Health Plans said they fully support "ensuring that all Coloradans have access to high quality, affordable care. However, additional benefits come with additional costs that by law must be reflected in the price of premiums. CAHP estimates that the new 2023 benchmark plan benefits, in addition to the bills passed by the General Assembly in 2021, will cost Coloradans 1% to 1.5% more for their premiums annually. This does not save people money on health care and will make meeting premium reduction targets for the Colorado Option even more unlikely."

CAHP made that same point to Conway in an April letter.

"CAHP would like to note that there is variation between Colorado’s individual and small group ACA carriers’ estimates and Wakely’s (the actuarial firm used by the state) estimates," CAHP wrote. "These differences raise concerns for CAHP that the proposed EHB Benchmark Plan is not equal to a typical employer plan and exceeds the generosity of the most generous among a set of comparison plans discussed in the Wakely report."

CAHP members estimate the impact of the proposed benefit changes to be the following: