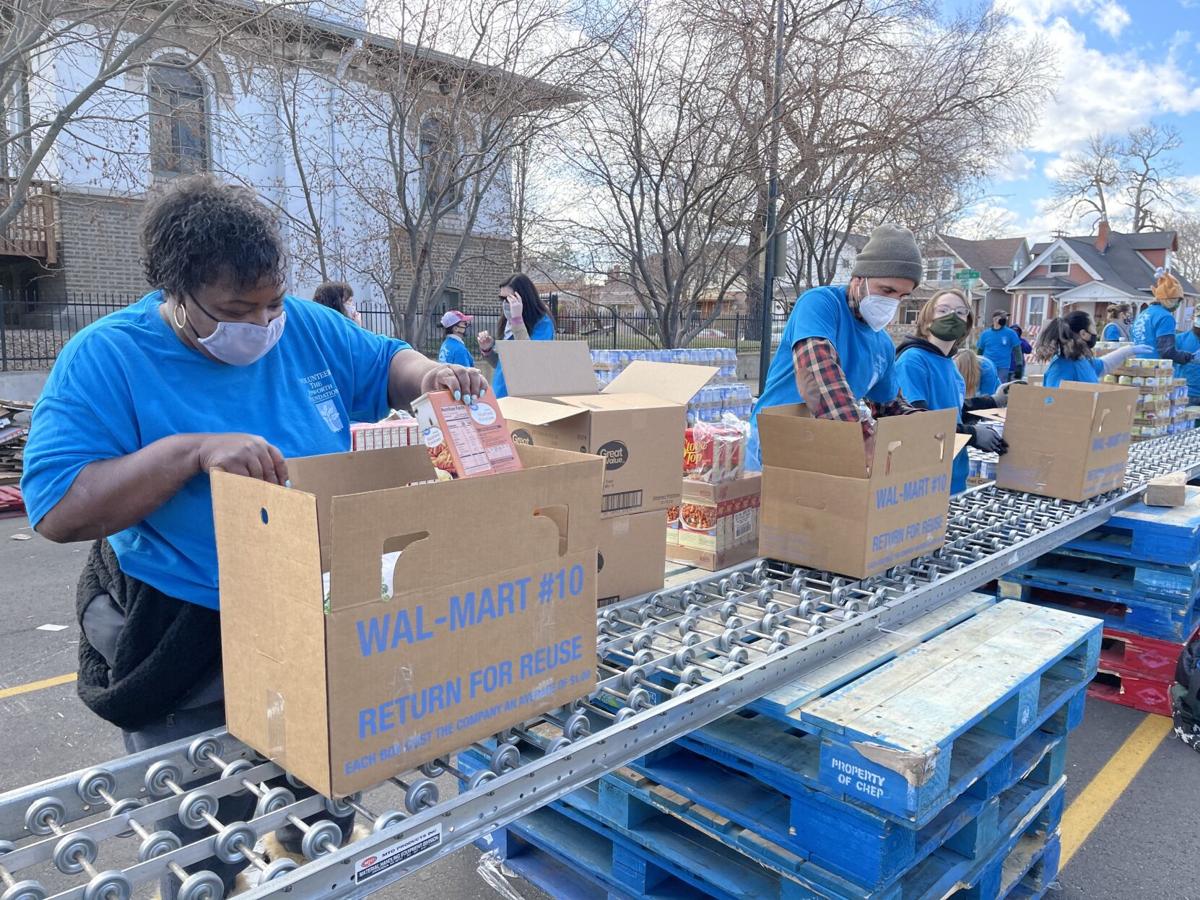 Atrice Richardson and other volunteers pack boxes for families needing a Thanksgiving meal on Saturday. 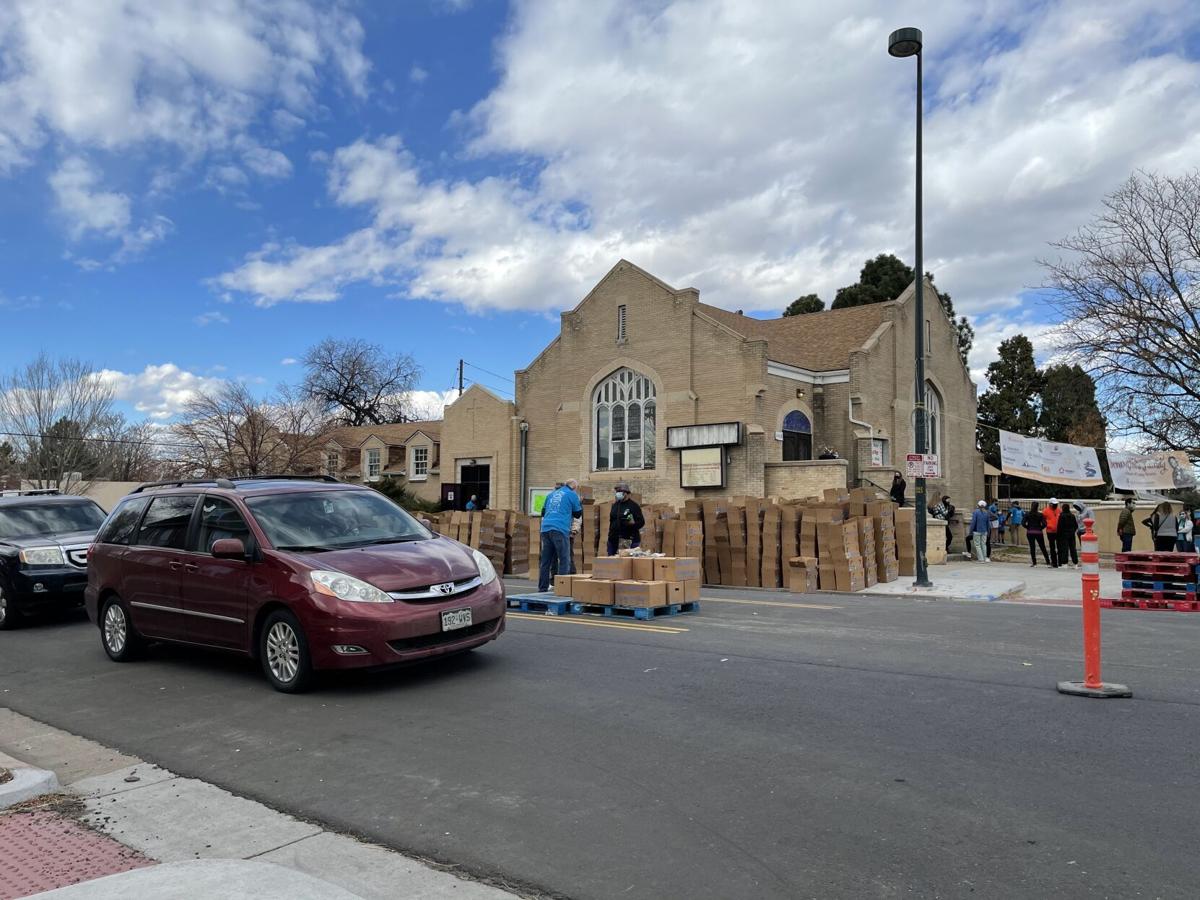 Atrice Richardson and other volunteers pack boxes for families needing a Thanksgiving meal on Saturday.

Around two dozen people and even more cars lined up around Epworth United Methodist Church Saturday for this year's Denver Feed-a-Family distribution, directly descended from the event "Daddy Bruce" founded in 1964.

"I've always wanted to do this, but I haven't had the opportunity to in the past because I've always been working," said Aurora resident Atrice Richardson.

"This year it means a little more because more people have been laid off from their jobs and can't afford to spend money on a Thanksgiving meal. That's why I'm here volunteering to make sure their holidays are filled with happiness, love and kindness."

Jeff Kanost, the pastor of Epworth United Methodist Church, said they had 7,000 boxes to distribute to families this year, which is around one to two thousand more than they've given out the past few years.

Throughout the morning, people in cars and those on foot continuously thanked the volunteers and those involved for the assistance. R&B and gospel music was played on a speaker outside the church and had several volunteers dancing while in the packaging line.

Traditionally, Kanost said, there are around 800 volunteers running around the church on the corner of Bruce Randolph Avenue and North High Street, but this year, due to the ongoing COVID-19 pandemic, there was less than 400.

Although the foundation was working with less than half of their usual workforce, Kanost said everything was running smoothly. The only challenge that presented itself was the speed at which things were going.

As of 11:30 a.m., Kanost said, more than half of their boxes had already been distributed.

Even though the 2020 Feed-a-Family distribution was tweaked due to the ongoing pandemic, Kanost says the tradition continues to grow.

"Every year I see more and more people give. It started small and is called Denver Feed-a-Family, but now we're having people come from all over like Aurora, Lakewood, even Fort Lupton and Colorado Springs. Maybe someday the name will have to change to Colorado Feed-a-Family," he said.

Emergency COVID-19 warning sent to Coloradans ahead of Thanksgiving