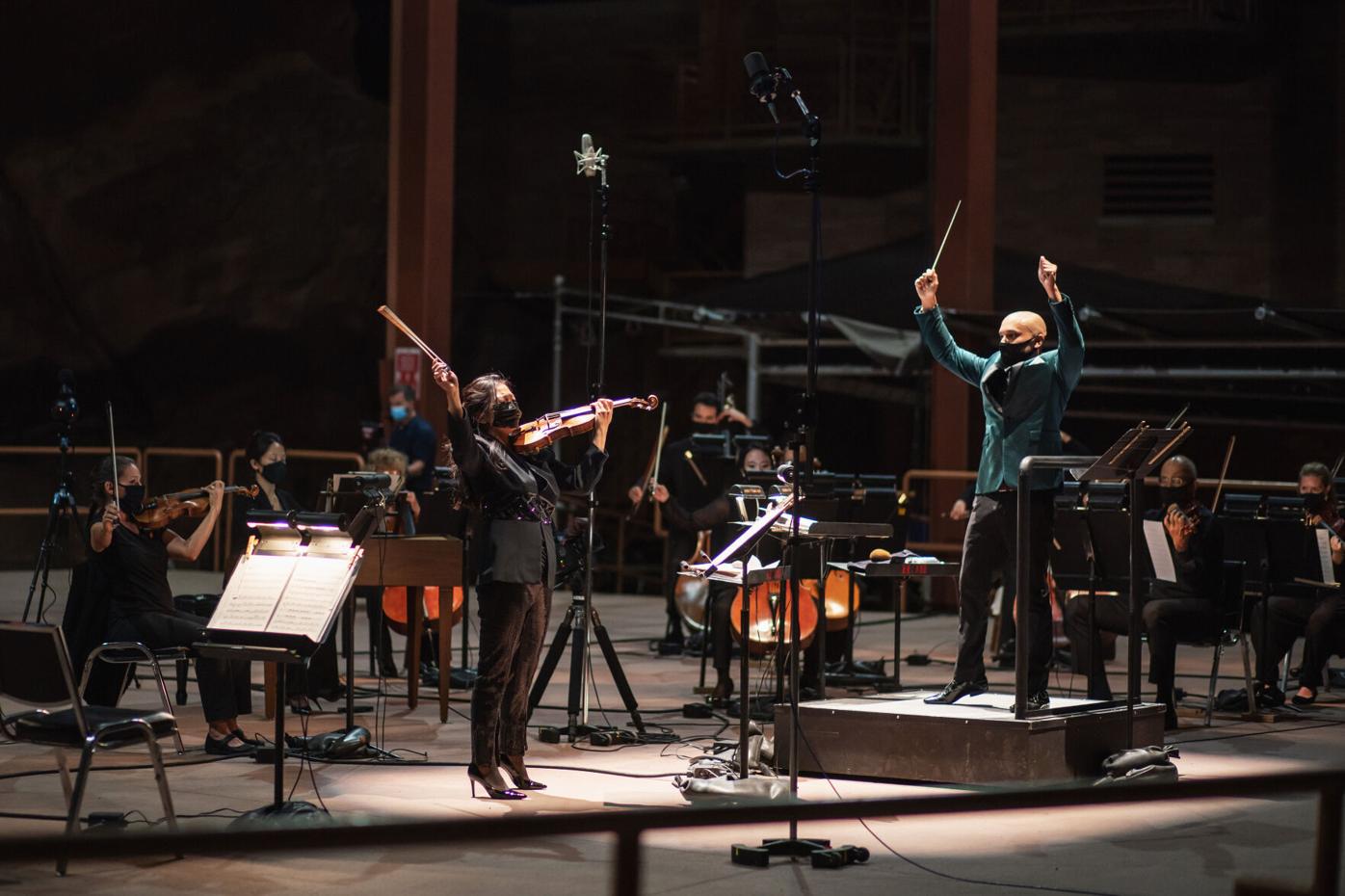 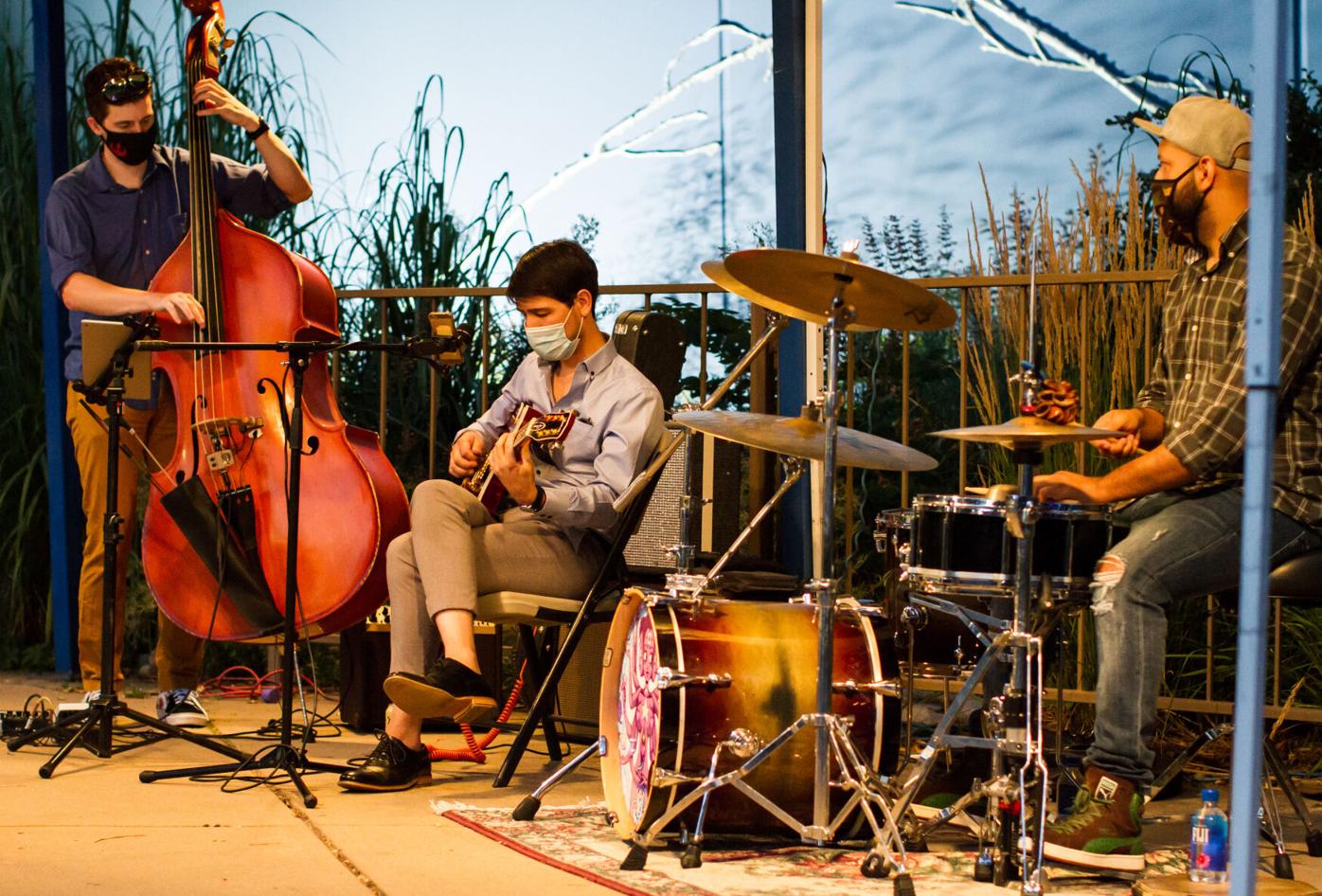 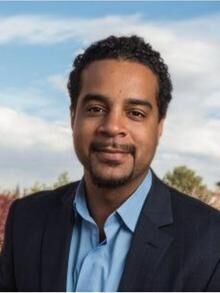 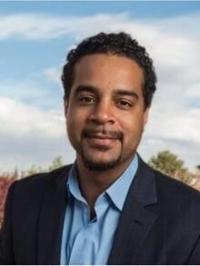 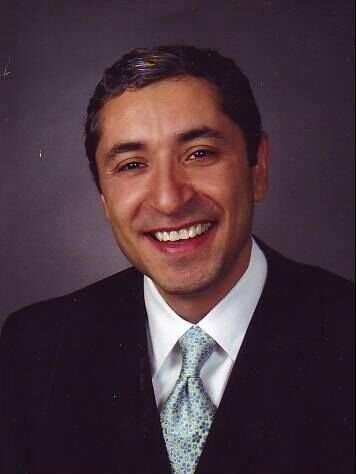 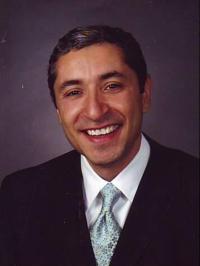 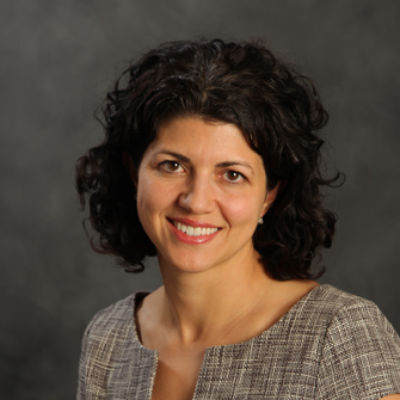 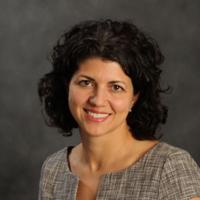 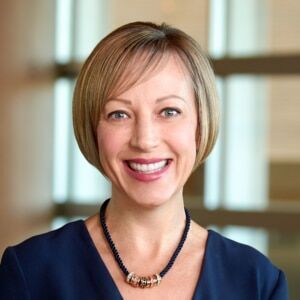 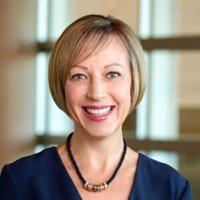 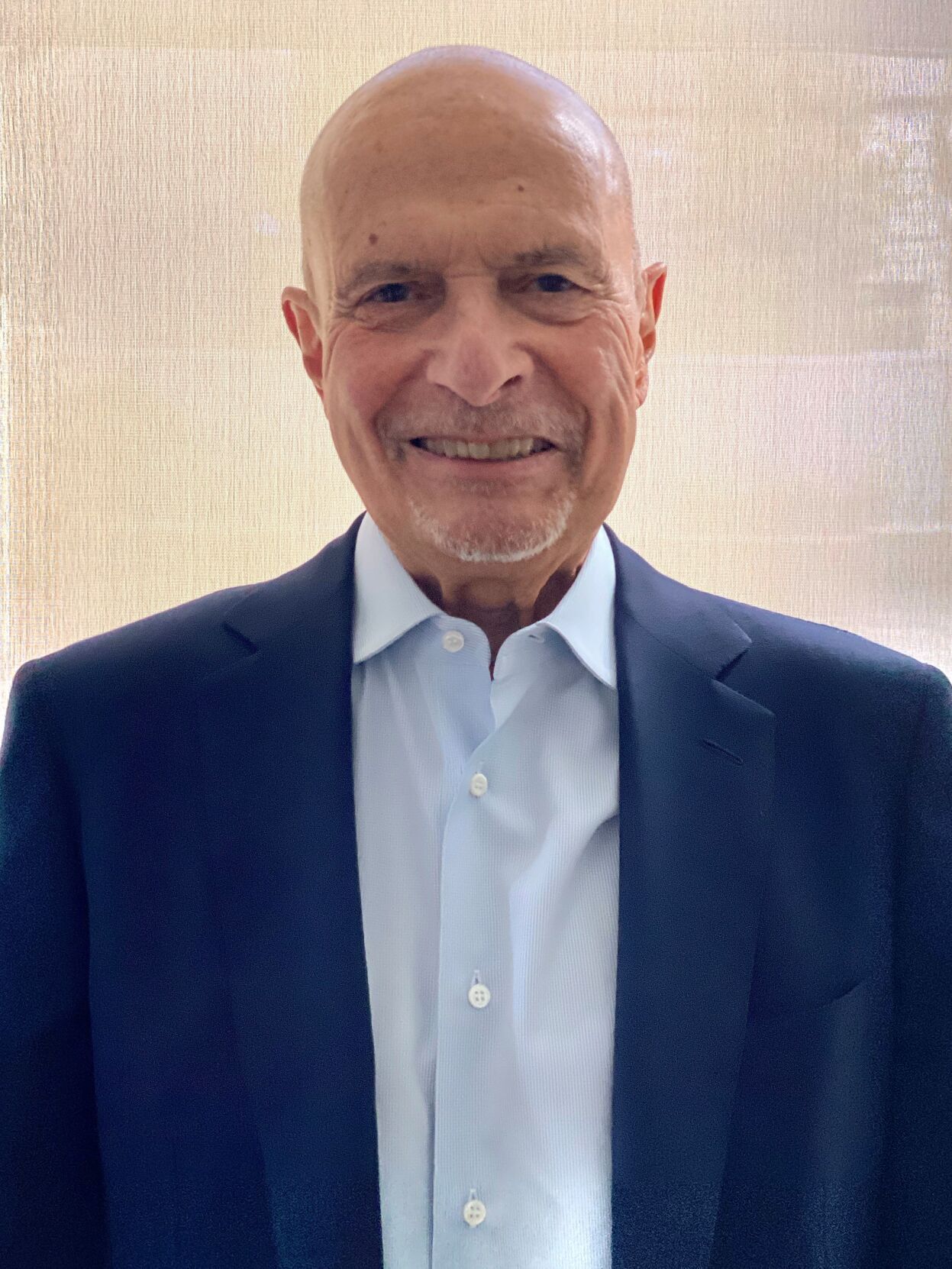 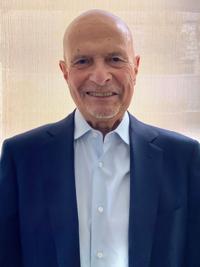 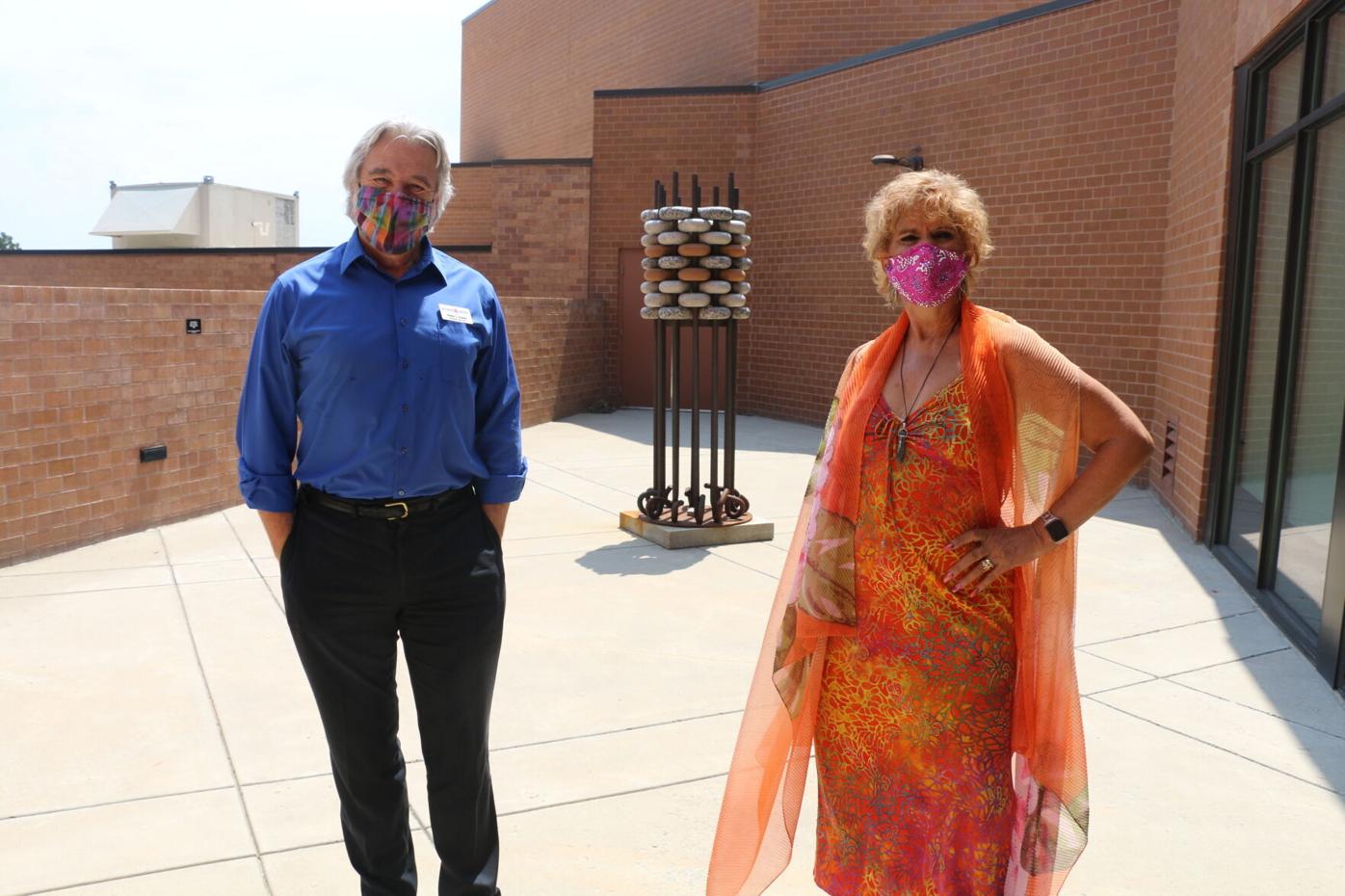 Nothing tells the catastrophic story of the past year in the performing arts better than the sterile silence that still thunders over our mostly empty stages.

Well, that and the numbers. Cold, brutal, unforgiving numbers, like these:

Now consider that nearly 300 metro arts organizations offer public performances, each enduring similar degrees of loss. No one has been untouched. The collective upper lip of the performing arts community is so stiff right now, you could iron off it.

"The numbers paint a grim picture of our losses over the past year – and those losses go far beyond financial,” added Arvada Center President and CEO Philip Sneed, referring to layoffs, furloughs and pay cuts for tens of thousands of Colorado arts workers. At the Arvada Center, more than 100,000 expected on-site visits simply didn’t happen.

At Colorado Ballet, the pervading number for 2020 was a simple, foreboding zero. After a year when the premier dance company drew 84,000 and generated $4.6 million in ticket sales, the company has sold zero tickets to zero live or online performances since the shutdown.

Not this past year.

A long way to normal

While most every arts organization is developing fluid plans to deliver reduced-capacity outdoor programming of some kind this coming summer, things are never going to be “back to normal” until mandatory indoor social distancing is a thing of the past.

“The sheer volume of what has been lost can only be restored once we can again fill every seat in our theaters,” Sneed said. That, by even the most optimistic estimates, remains at least six months away.

At the Denver Center, there can be no return to normal operations within any of its many divisions until Broadway can safely and reliably send touring musicals out on the road again. And not just to Denver; to the entire country.

“For us, it is a purely mathematical equation,” Denver Center President and CEO Janice Sinden said. “To reopen, you need relaxed social distancing, plus consistent state and federal public health orders, plus the opportunity to sell a fixed percentage of available tickets. Otherwise, you are losing money that you don’t have to lose. End of story.”

Meaning: There is no revenue formula where limiting attendance in the 2,800-seat Buell Theatre to 600 makes any economic sense. That said, the Colorado Ballet has announced its intention to forge ahead with the romantic tragedy “Giselle” next door at the 2,225-seat Ellie Caulkins Opera House in October.

White Brunetti, who runs Denver’s division of Arts and Venues, has applied for a variance that would allow for up to 2,500 people to attend concerts at Red Rocks this summer, which will mark the historic venue's 80th anniversary.

“When Red Rocks reopens, it will signify to the community that recovery and healing can begin in a real way,” she said.

The main reasons we have yet to see a mass wipeout of metro cultural nonprofits this year include federal, state and municipal relief programs; record-breaking support from foundations and individual donors; critical ongoing funding from the voter-approved Scientific and Cultural Facilities District sales tax; and endless ingenuity by organizations to find new ways to deliver programming other than inside an enclosed space.

Colorado Ballet launched its own relief and recovery fund that has generated $3 million, which will go a long way toward making up for that $4.6 million revenue shortfall. “Colorado Ballet has been fortunate because, thanks to the community’s support, our fundraising efforts have put us in a position to return from this pandemic as a healthy organization,” Artistic Director Gil Boggs said.

Across the board, arts organizations have turned to digital platforms and social media as a way of maintaining a crucial connection to their audiences, usually by offering free, original performance nuggets. The Colorado Symphony paved the way just 10 days into the pandemic by releasing a recording of “Ode to Joy” that included dozens of sheltered musicians and was viewed nearly 600,000 times around the world. And it was the Symphony that managed to first bring live music back to Red Rocks with a series of acoustic string ensemble concerts that were limited to 175 masked and distanced audiences. It was a scene White Brunetti admits “had a bit of a dystopian feel to it – but we were very grateful the Symphony performed at Red Rocks so that it didn’t feel like the summer was completely lost.”

Overall, Symphony CEO and Chairman Jerome H. Kern said, “We were able to successfully pivot our operation to focus on more than 30 smaller, socially distanced outdoor performances last summer and fall, while creating several incredible virtual concert experiences that were enjoyed by hundreds of thousands of people.”

Since the start of the shutdown, the association has recorded a remarkable 1.6 million digital impressions.

Likewise, Denver Film turned its popular Film on the Rocks summer series into a parking-lot drive-in experience. And it quickly began renting its empty theaters to families and groups for small, private screenings – a fresh and safe idea that was quickly adopted by Alamo Drafthouse and AMC Theaters. It also created a new virtual platform that turned the 2020 Denver Film Festival into a virtual, on-demand event. That will be a permanent new feature going forward, said CEO James Mejia, who called it a no-brainer after more than 50,000 people used the streaming service over the past nine months.

“We now know that we can both deliver in-person experiences to the people of metro Denver who are willing to join us – and we can virtually deliver high-quality, highly curated independent film to people in outlying areas of the state we have never been able to reach before,” Mejia said.

The Denver Center partnered with national companies to present streaming fundraising concerts from big Broadway stars as well as a recorded version of one of its in-house theater company’s canceled plays, “Until the Flood.” It also transitioned its popular “Mixed Taste” lecture series into an ongoing streaming offering in partnership with the Museum of Contemporary Art Denver. This week ((CQ: March 11-13)), the Denver Center presents “Dixie’s Happy Hour” as three live, interactive performances featuring recurring favorite Dixie Longate.

The Arvada Center created “Amplify,” a powerful curated video series for local Black voices to be heard after the death of George Floyd while in police custody. It also pulled off a small outdoor summer music season, produced a series of old-time radio plays and hosted Cleo Parker Robinson Dance for its virtual 50th-anniversary concert.

After a four-year period of unprecedented growth, that esteemed dance company was poised for 2020 to be a year-long victory lap celebrating five milestone decades as the cultural hub of Denver’s Five Points.

“We had $345,000 in performance revenue booked for 2021,” Robinson said. “A lot of that was for touring contracts, all of which were canceled.” Instead, only 3% of the company’s $1.46 million budget was generated by performances in 2020. But the gap was filled by an impressive 70% from foundations and 22% from individual donors.

With performances shuttered, the dance company turned its full attention to its education programs, outreach and social media. In doing so, the company managed to directly reach 80,000 people in 2020, double its total from 2019. “Our Academy is our daily connection to our community,” said Development Director Hillary Harding. “That has been vitally important for us this year.”

The company also set up relief efforts to help individual artists, including dancers from partnering companies who rely on Cleo Parker Robinson Dance for a place to rehearse and perform. “We know of one dancer who had to sell her car to make rent,” Harding said. “The stories are devastating, and there are so many of them.”

One unseen consequence from the shutdown, Robinson added, is the impact a lost year of organized training and performing can have on dancers’ physical skills, stamina and mental health.

“It is a concern when you can’t provide the intense regimen of training they need on a daily basis,” he said. “Dancers don’t have the full range of motion in their living rooms they need to properly train. And that makes them much more susceptible to injury. I think the long-term impact of that is yet to be seen.”

Boggs agrees. “What I struggle with the most is that the artists of our company have lost a year of their careers — a year that cannot be returned to them,” he said.

But perhaps the biggest loss from the year has been the immeasurable hundreds of thousands of lost opportunities for live cultural experiences to reach, empower and change audiences.

“Theater drives community in so many ways,” Sinden said. “It tells our stories. It brings people together. And it changes the way people think. I can’t think of another place where I actually like to sit right next to a stranger. Not in a plane. Not at a restaurant. Not on a computer screen.

“But in a theater, you willingly share armrests with a stranger. That’s part of the experience. I think we’re missing being part of a larger community and sharing spaces and experiences and stories.”

Mejia, like most arts leaders, is inherently and perhaps necessarily optimistic about the coming recovery. “This past year has been a real gut-check for all our arts organizations,” he said. But he sees a disguised blessing in all of this. “And that is both the opportunity and the mandate for all of us to use this time to reorganize and rebuild and move forward from here,” he said.

Whether it is the smell of popcorn in a theater or hearing the perfect chord under the Morrison summer sky, White Brunetti said, “There is something really fundamental about our psyches that calls us to gather together and experience art together. And I don’t think we will ever take that for granted again.”

Echoing all others, Sneed promised: “We will be back … and we will be stronger than ever.”

COVID: The Longest Year | Coloradans reflect on the longest month of 2020

After a slow and steady build up, the coronavirus and its effects blazed into Colorado last March. Within three weeks of the state identifying…