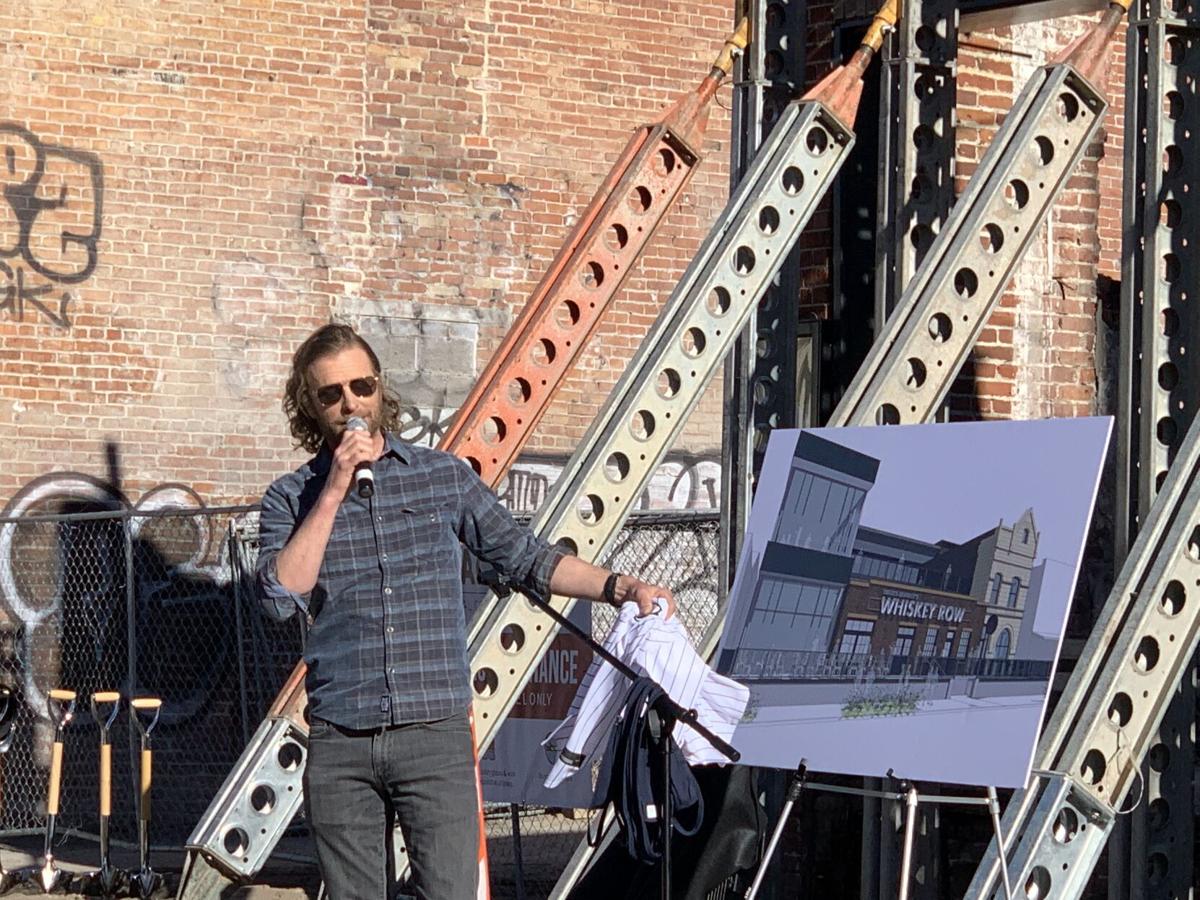 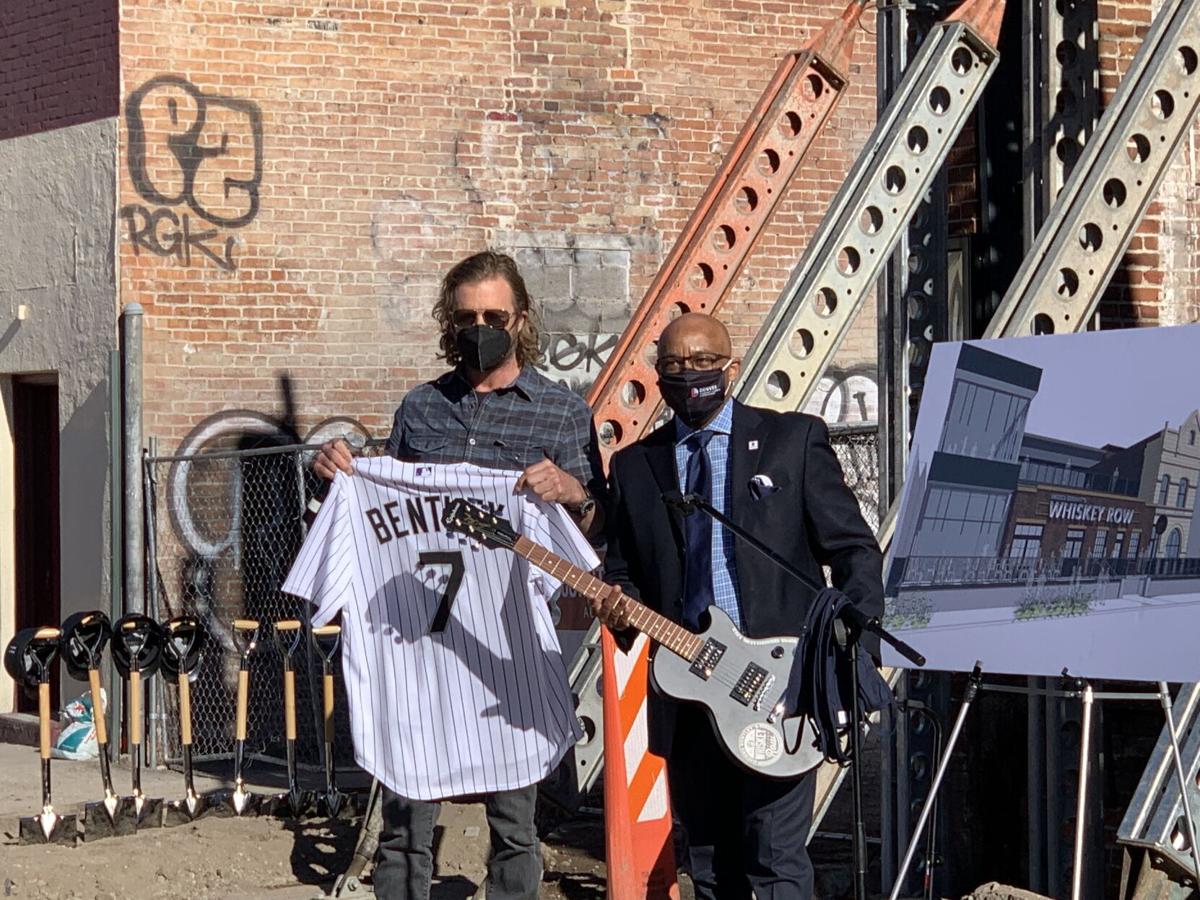 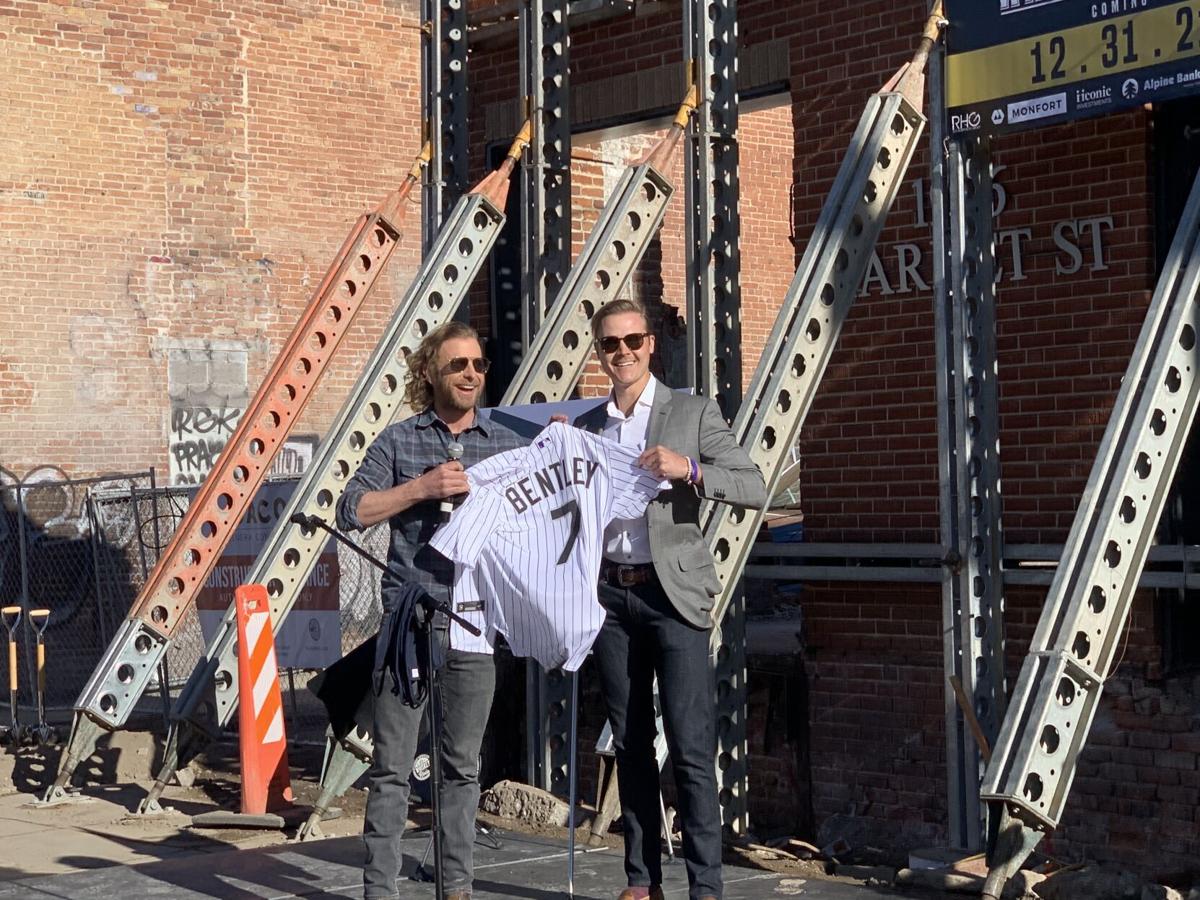 Breaking ground is usually reserved for brand new buildings, not those that are 136-years-old like 1942 Market St., but the ceremony served its purpose in announcing the overhaul of the space near Coors Field.

“This is the first time I’ve been on a stage in months,” said Bentley, to a a small group of media representatives, PR folks and area residents looking on outside the building on 20th and Market. It’s right next to the now shuttered El Chapultepec.

He recalled how his rise to stardom can be tracked through Denver venues like the Grizzly Rose and the Fillmore to sell-out shows at Red Rocks and (then) Pepsi Center (now Ball Arena).

“Now I get a chance to add the Whiskey Row to this city with my name on the bar,” Bentley said. “I’m proud of this amazing location and we’re going to do this building justice.”

Construction is planned to last all 2021, with a News Year’s Eve opening. It’s the fifth location for the bar, with others in Arizona and Nashville.

Bentley’s backers on the project are Riot Hospitality Group, which describes the bar as “American gastropub fare type cuisine with a modern twist” and a live music venue.

Developers Monfort Companies, with money backing by Iconic Investments, plan a major renovation of the buildings (1946 Market St.), including a 6,000-squre foot addition with two-story infill structure and extended patio to be built on a parking lot just east of 1946 Market (on 20th).

Others on the development team include Alpine Bank, Circle West Architects and Jaco General Contractor, Inc.

“Thank you for your investment in Denver,” Hancock said, chuckling that the last time he and Bentley were onstage was after the Denver Broncos won Super Bowl 50.

Kenny Monfort, owner, said they’ve been working on the deal for five years. The company bought the building where LoDo’s was located, and the business, back in December 2018. He said the pandemic would not delay construction, which was always on a 12-month timeline.

“This is a historic area near Coors Field, with a lot of money and investment going on around here,” Monfort said.

Bentley stayed and visited with whomever wanted, signed hats and shovels, and greeted fans.

“Dude, we just met Dierks!” said one, hopping on his cell phone to excitedly tell a friend.