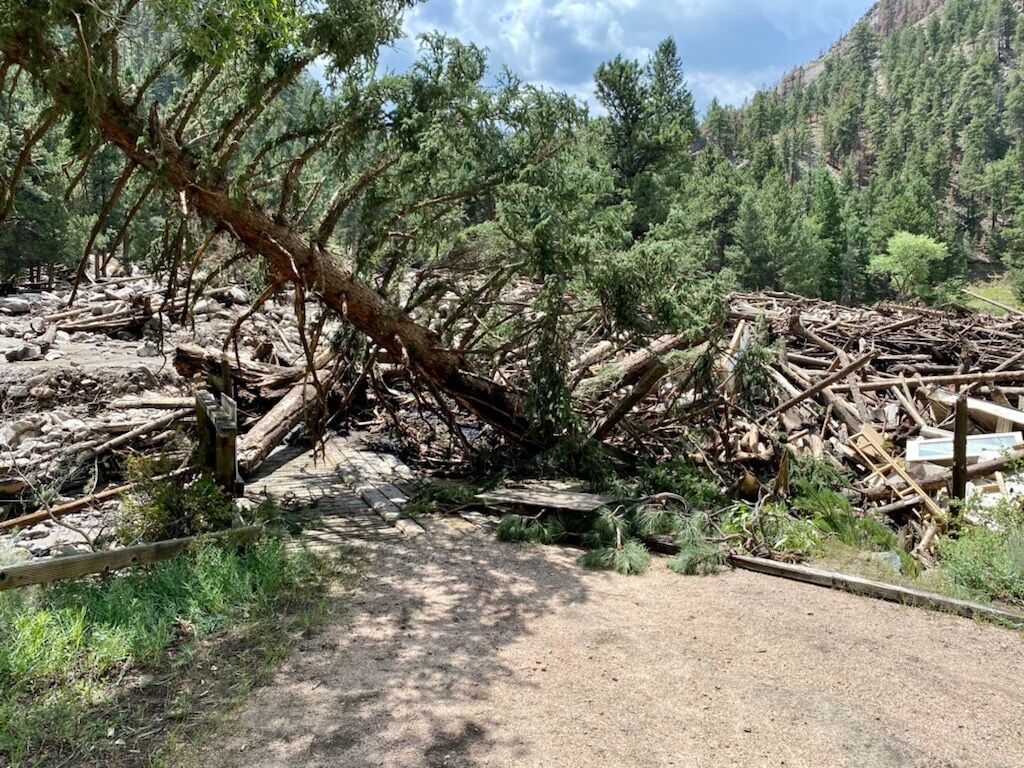 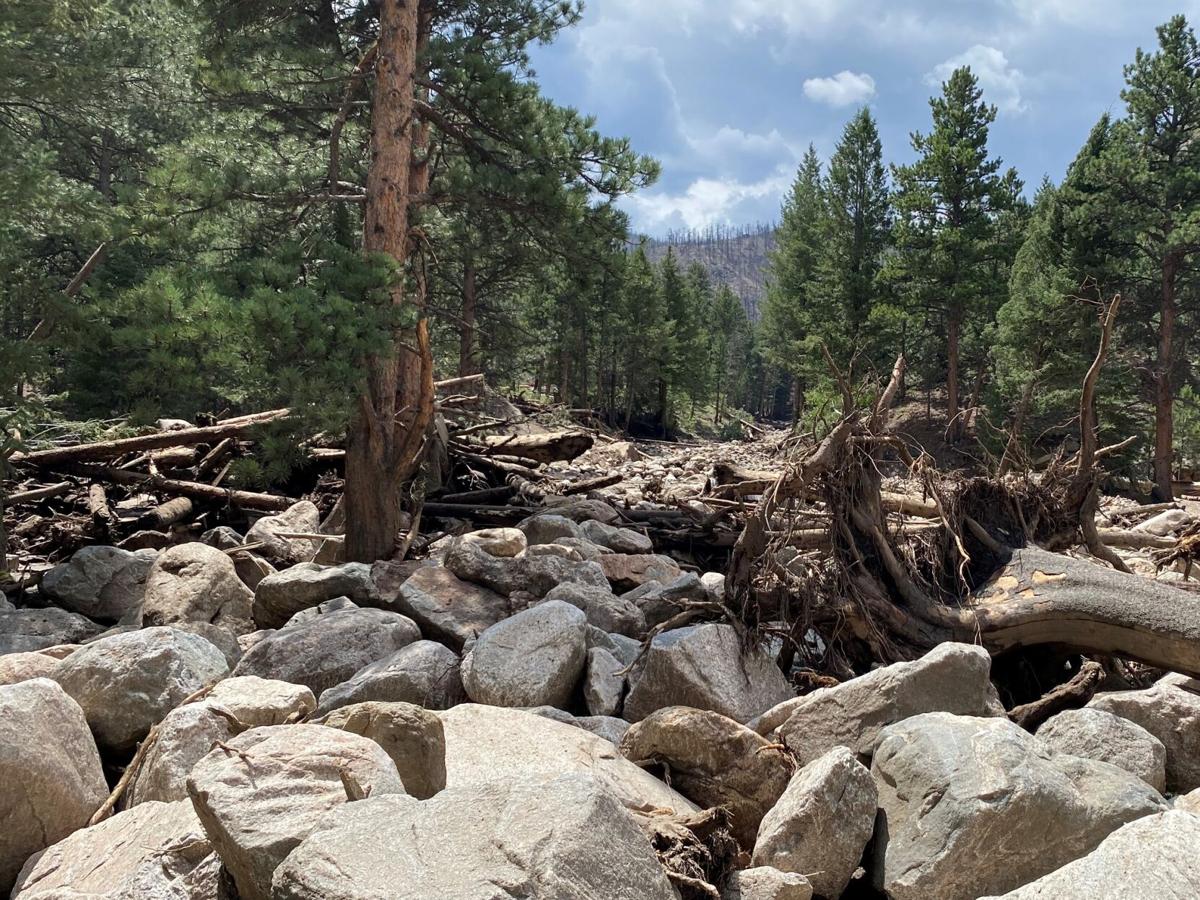 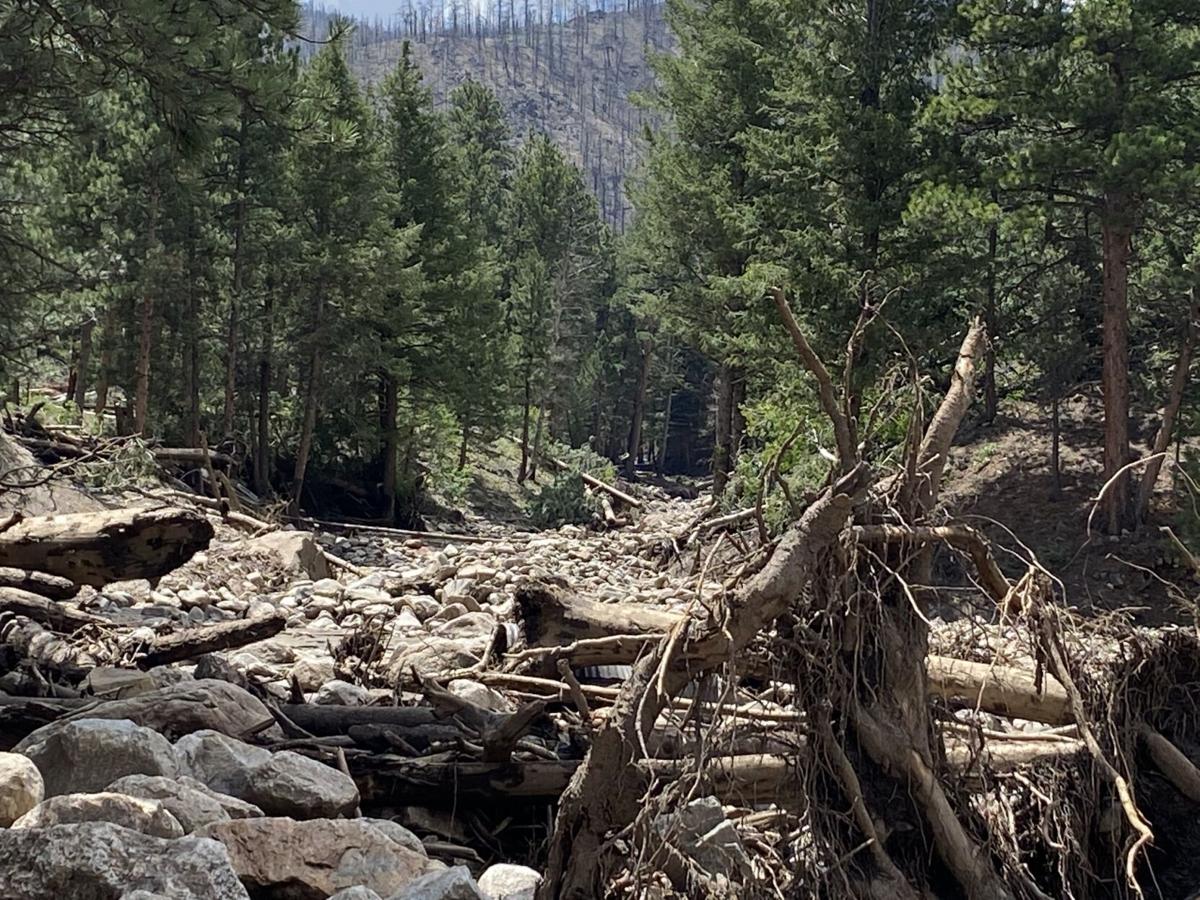 The Poudre River closed to public use Wednesday as officials work to clear debris and search for victims of Tuesday’s flash flood, the Larimer County Sheriff’s Office said.

The flood hit the Cameron Peak burn scar in Poudre Canyon on Tuesday evening, causing a mudslide and sending large amounts of debris into the canyon.

One woman was killed in the flood and two adults were reported missing, deputies said.

Emergency responders were unable to recover the woman’s body from her vehicle that ended up in the Poudre River on Tuesday night. Deputies were working to recover the body Wednesday, as well as looking for the two missing adults.

In addition, crews are assessing the structural integrity of bridges below the slide area as a “tremendous amount” of debris washed into the river, including trees, mud, rocks and structures.

“We do not know what hazards exist currently and may arise as water continues to flow,” a release from the sheriff’s office said.

View at the drainage where the mudslide occurred yesterday. pic.twitter.com/INruQKw3pj

The river closure is in place from the Fish Hatchery to the mouth of the canyon at Ted's Place. The closure will likely remain through the weekend as more flooding is possible, deputies said.

The National Weather Service in Boulder issued a flash flood watch from noon to 8 p.m. Wednesday for the Cameron Peak burn area. Slow-moving storms that could produce heavy rainfall are also expected in the area.

LARIMER COUNTY • The Larimer County Sheriff’s Office confirmed Sunday that search crews had located and recovered a man’s body during their search of a recently flooded area of Poudre Canyon.