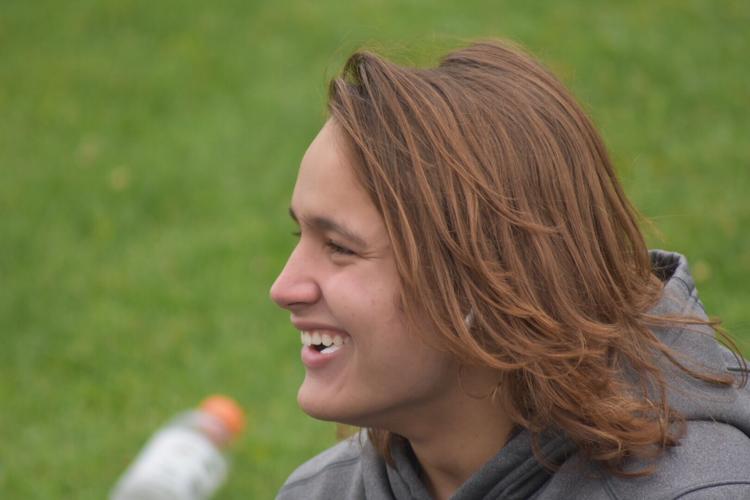 Max Osterman of Broomfield died at the height of Colorado's fentanyl epidemic, just days shy of his 19th birthday, Feb. 3, 2021. 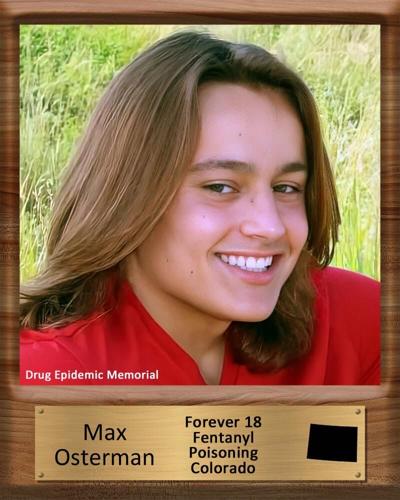 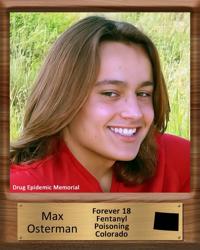 Max Osterman's mother, Kim, found his last saved Snapchat messages in his phone after he died. These snaps were sent Jan. 27 and Jan. 31, 2021. Investigators believe that this is a message to a man identified as "Sergio G" asking for drug orders and suggesting meeting places. "Sergio G" was never prosecuted, or charged, in Max' death. 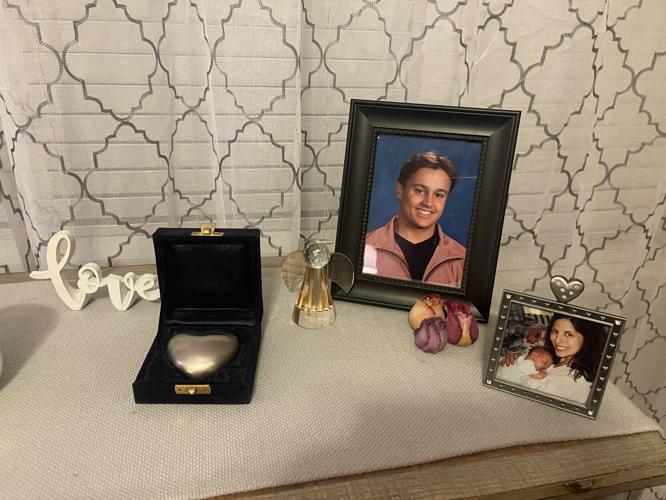 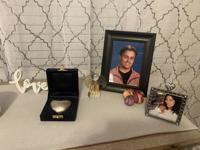 Kim Osterman's desk at home in Broomfield honors her son Max, who died at the age of 18 from fentanyl-involved poisoning. A silver heart holds Max's ashes.

The fact that a deadly dose of fentanyl killed 18-year-old Max Osterman of Broomfield was no mystery, but how he got the little blue pills confounded investigators until they dug deep into his cellphone.

A trail of Snapchat messages led narcotics detectives to the alleged dealer who sold him the drugs.

“I have screenshots he saved from his last two deals,” Kim Osterman, his mother, said.

Normally, Snapchat messages disappear within 24 hours or after being read — unless they’re saved by the user.

On Jan. 27, 2022, a week before Max died of fentanyl-involved poisoning, he “snapped” his address to a man identified as “Sergio G.”

January 31 showed another saved snap to a person identified as “Sergio G.”

These messages were like gold to investigators who needed proof that the drug deal happened.

The first was a Snap message to meet at a nearby Target for 17 grams of cocaine, investigators believed. In the next Snap, Max redirected Sergio G to a nearby King Soopers parking lot, but this time, he wanted 14 grams of what investigators believed was cocaine and 11 “30’s,” slang for the little blue pills which are marked as oxycodone but can contain varying and sometimes deadly amounts of fentanyl.

Snapchat is known for deleting texts within 24 hours of the time they are written, but for some reason, Max saved what would be his last drug buy on his phone.

“I find it so interesting that Max saved those chats. It’s evidence and something he wouldn’t normally do,” Kim Osterman said.

Osterman and twenty-seven other families of children aged 15-22 have filed an unlawful death lawsuit against Snap Inc. The families are located in 15 different states and other Colorado parents are may join the effort.

The complaint alleges that Snap Inc. fails to provide a warning to minors and parents about the dangers of using the platform. It alleges that the Snapchat app “is a widely used conduit for drug dealers to promote the sale of fentanyl-contaminated drugs to vulnerable minors and young adults,” according to the lawsuit.

The lawsuit was filed in Los Angeles Superior Court by The Social Media Victims’ Law Center.

“We want Snap Inc. to stop turning a blind eye to this carnage happening on their platforms,” he said.

Bergman wouldn’t say how much the families are suing for, but acknowledged that the sum is in the millions of dollars.

“This was not an accident, a coincidence. We have never had a case where drugs were purchased on any app other than Snapchat,” he said.

Snapchat’s disappearing messages, combined with a geo-locating feature, allows the user to find a dealer through GPS coordinates and provides a haven for drug dealers, Bergman said. The geo-location allows the user to merely tap a button to locate the nearest stash and have it delivered to the doorstep in minutes.

Snap Inc. appears to be well-aware that the app is used to foster drug deals. In a statement, a Snap Inc. spokesman said that the company is eliminating drug traffic using “cutting edge technology to proactively find and shut down drug dealers’ accounts.” The statement added that the site blocks search results for drug-related terms, redirecting the audience to resources from experts about the “dangers of fentanyl.”

The spokesperson said that Snapchat cooperates with law enforcement investigations. In Max’s criminal case, police reports indicate that it took from February 2021 until November before Broomfield narcotics detectives were able to obtain a usable cellphone report from Snap Inc. to use in its investigation.

Even then, the 17th Judicial District Attorney never took Max’s fentanyl-involved death case to trial, telling Kim Osterman that they didn’t have enough evidence to prosecute anyone.

Osterman believes the investigation into her son’s death was riddled with mistakes and said she won’t stop fighting for justice for her son. She wants to see accountability through changes in Snapchat's policy and she would like to see her son's alleged dealer pay for selling the drugs that ultimately led to his early death.

On a desk in Osterman’s home is a smiling photo of the former wrestler who was well-loved by his friends and even chosen for Broomfield High School's prom court.

A silver heart placed nearby contains his ashes.

“Do I blame Max for his choices? Yes I do. My son was not an angel,” she said. "But the dealer and Snapchat were the deadly catalysts."