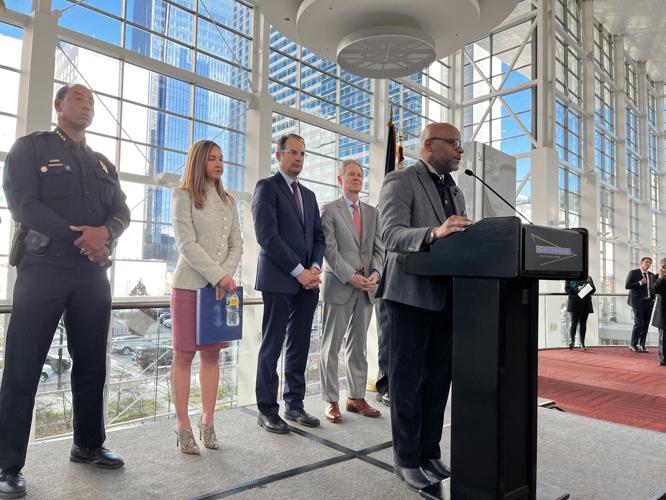 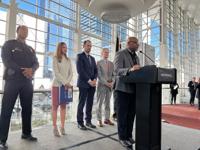 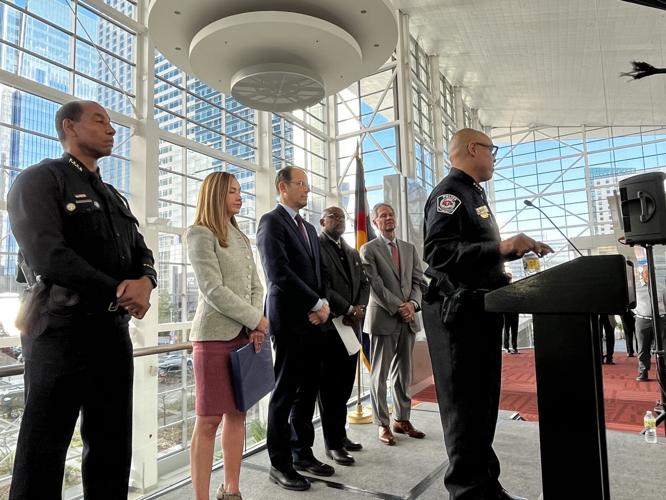 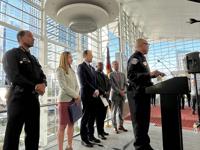 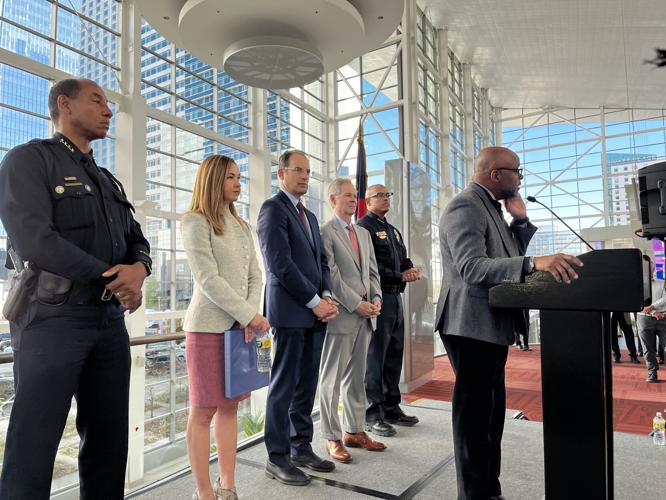 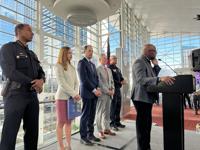 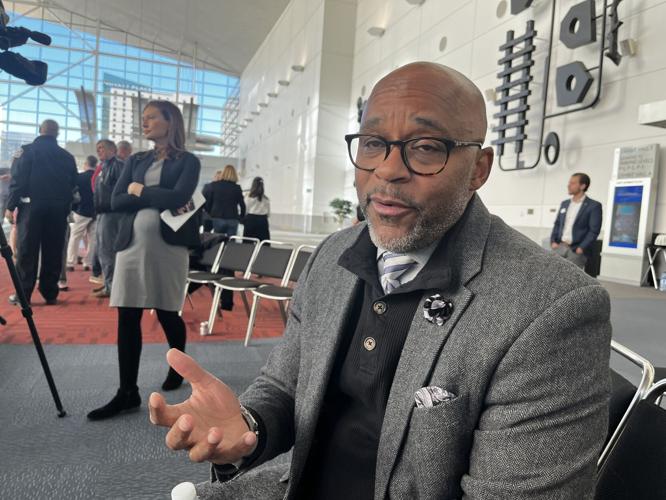 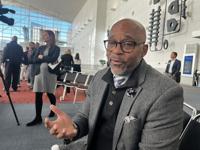 Denver mayor Michael Hancock, along with other city and state leaders, announced Thursday afternoon a new public safety initiative that includes hiring more officers and prosecutors, expanding Support Team Assisted Response — or STAR — unit, and a safety oriented app. The effort, he said, seeks to restore public faith in the safety of the downtown area. Hancock said the new effort will mirror a similar change that occurred at Union Station.

Hancock acknowledged the struggles downtown Denver is facing as a result of the COVID-19 Pandemic and expressed hope that the new safety initiatives will ease the burden of those living and working there. One of the biggest improvements hailed by Hancock was the addition of a dedicated Support Team Assisted Response (STAR) unit. Support Team Assisted Response units are teams that respond to low-risk calls dealing with mental health issues, poverty, homelessness and substance abuse.

"We're going to start this work here and around the Colorado Convention Center and along the nearby corridor, but this effort will gradually expand to the entire downtown area," Hancock said. "This will provide a rapid response to these lingering challenges."

Those lingering challenges include a rise in crime rates, trash piling up around downtown and the need to connect people with help, according to Hancock. The challenges are magnified by the issues Denver's Police Department has seen, which include a decline in new officers and a decline in patrol officers on the street.

To improve this, Hancock's proposed 2023 budget includes a provision that expands the number of patrol officers by 140. The proposed police patrol budget totals almost $136 million next year, an increase of about 4% or $5.3 million.

"The department was certainly energized to move forward with very intentional and collaborative efforts to address the safety challenges in downtown Denver," Chief Thomas said. "We'll be engaging every aspect of our continuum of care programming to include our co-responders, STAR, substance use navigators as well as our our case coordinators to facilitate a genuine, compassionate community response."

Thomas could not provide exact details on how many police officers will be dedicated to this new effort in the future, as it will change given day to day needs.

The partnership and initiative requires an all hands on deck approach, and to that end, Cole Finegan, U.S. Attorney for the State of Colorado and Phil Weiser, the state's Attorney General pledged their support.

"We have powerful tools in federal law, and we are not afraid to use them," Finegan said. "We have a federal law that allows us to charge, detain and prosecute felons and other dangerous criminals who are caught with a gun."

It is not always as simple as that, Finegan admitted, but recently he highlighted a jury returning a "guilty" verdict for an Englewood man for possession of a firearm or ammunition by a prohibited person. Another man, on a different case, was similarly charged according to a Department of Justice news bulletin.

Additionally, Finegan said his office is adding four new prosecutors, who will serve as special assistants to the office.

"These additional prosecutors will help us make sure we have the resources to charge more of these dangerous criminals," he said.

Weiser commended the efforts, harkening back to Frederico Pena imagining a great city.

"You cannot have a great city without a great downtown," Weiser said.

But enhanced safety downtown will take more than law enforcement patrols and prosecution. It will take the residents of downtown as well, according to Garrett.

"We're promoting widespread use of our clean and safe app," she said. "This empowers downtown residents, workers and visitors to report issues directly to our (business improvement district) security and clean teams and outreach in real time."

The app is available for free on the Apple App Store.

There are just five months remaining in Mayor Hancock's final term. The term limited mayor since 2011, Hancock was not concerned that a new administration may come in and dismantle the intuitive announced Thursday.

"You would have to have your head in the sand if you're a candidate for office, city council or mayor, and not be aware of the challenges that we're facing in the city in terms of safety," he said. "These partners will remain here no matter who the mayor is."