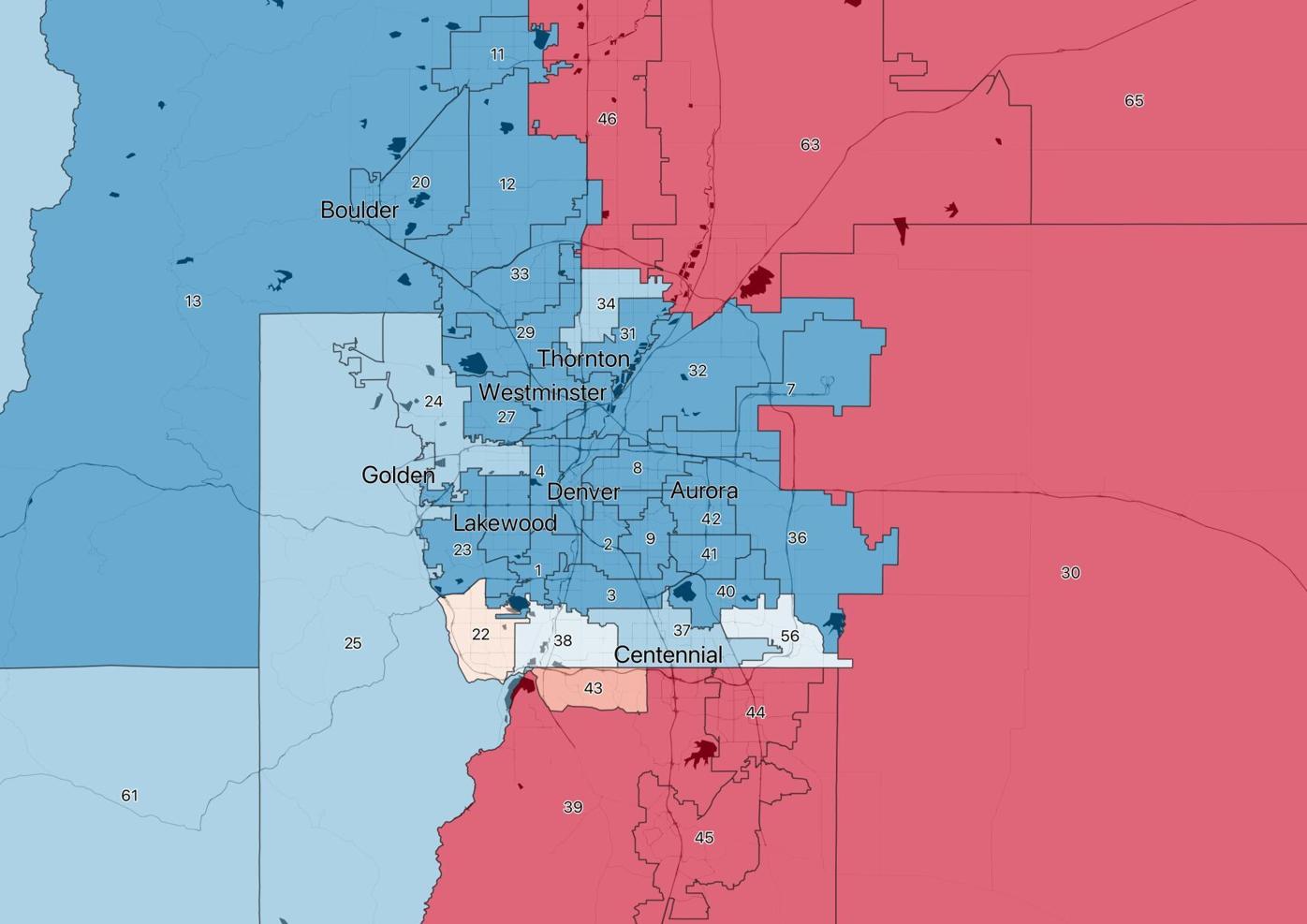 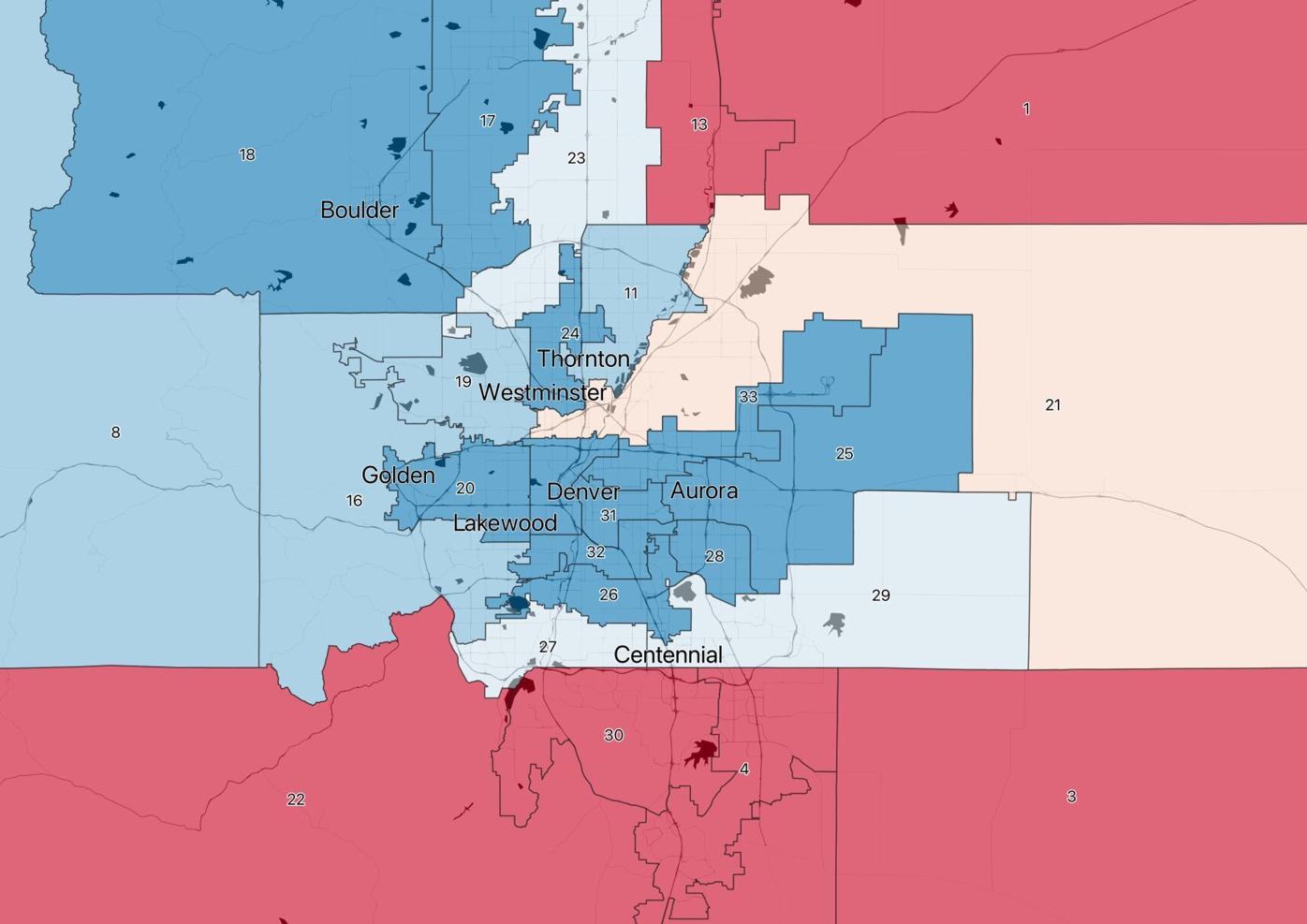 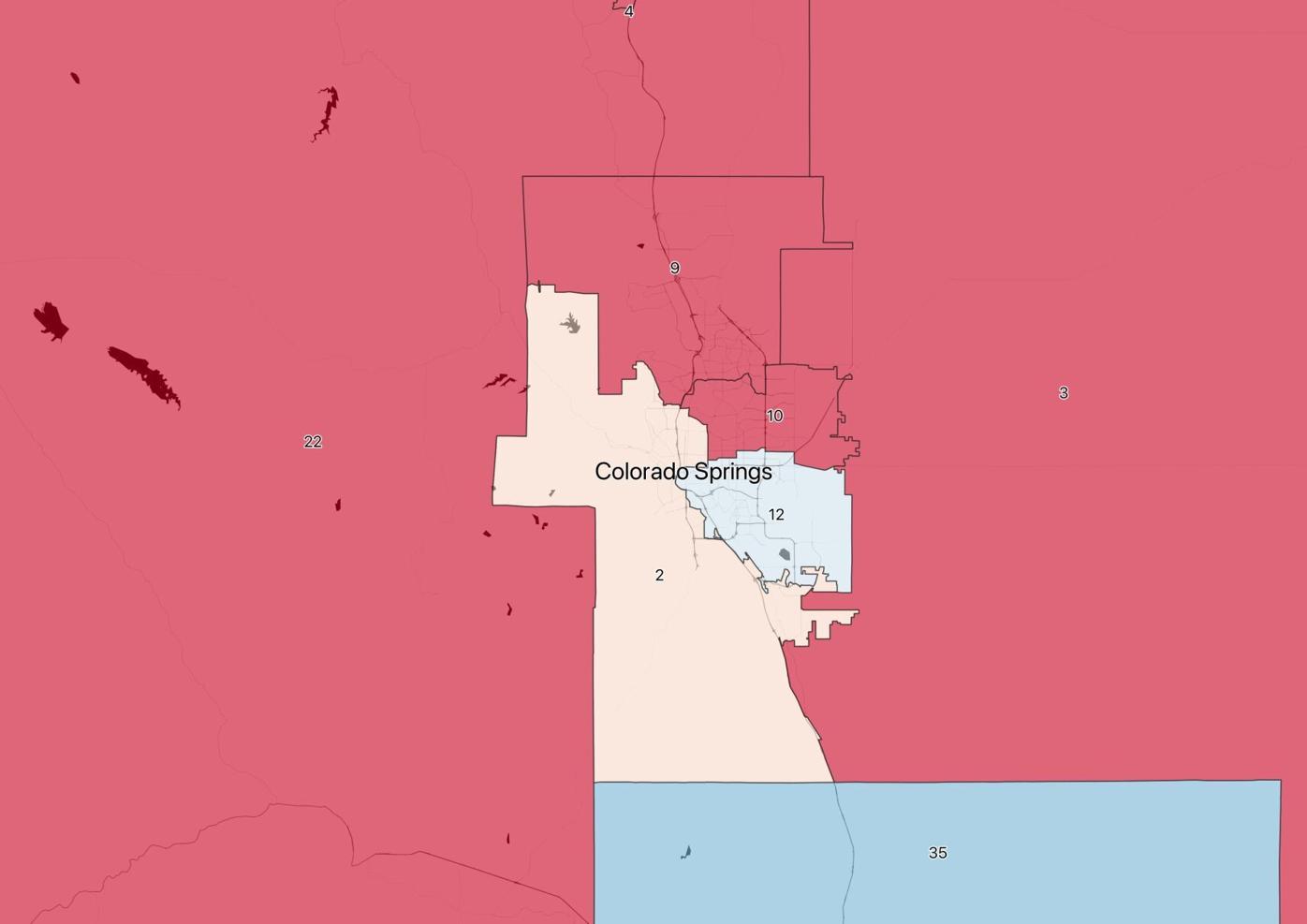 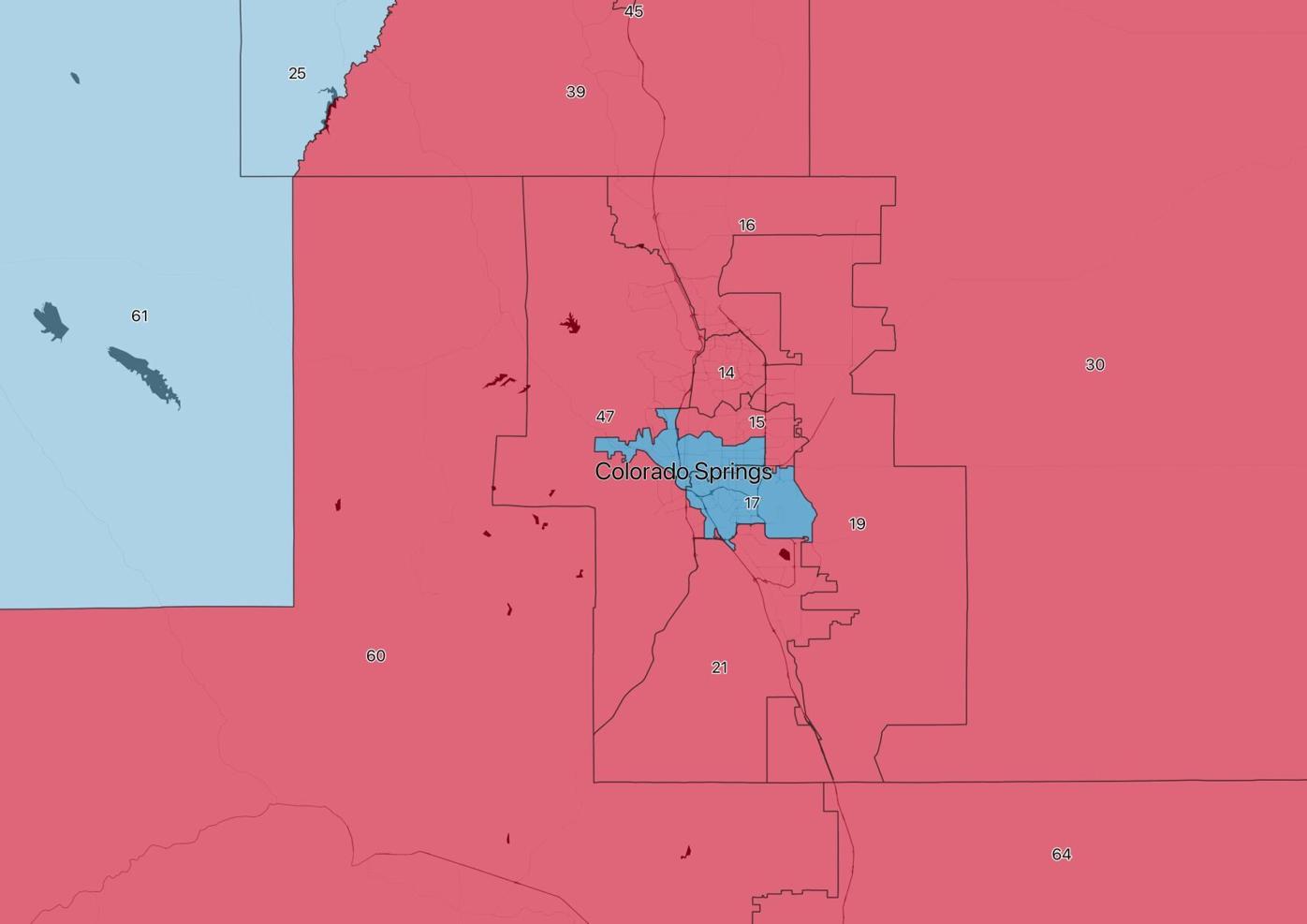 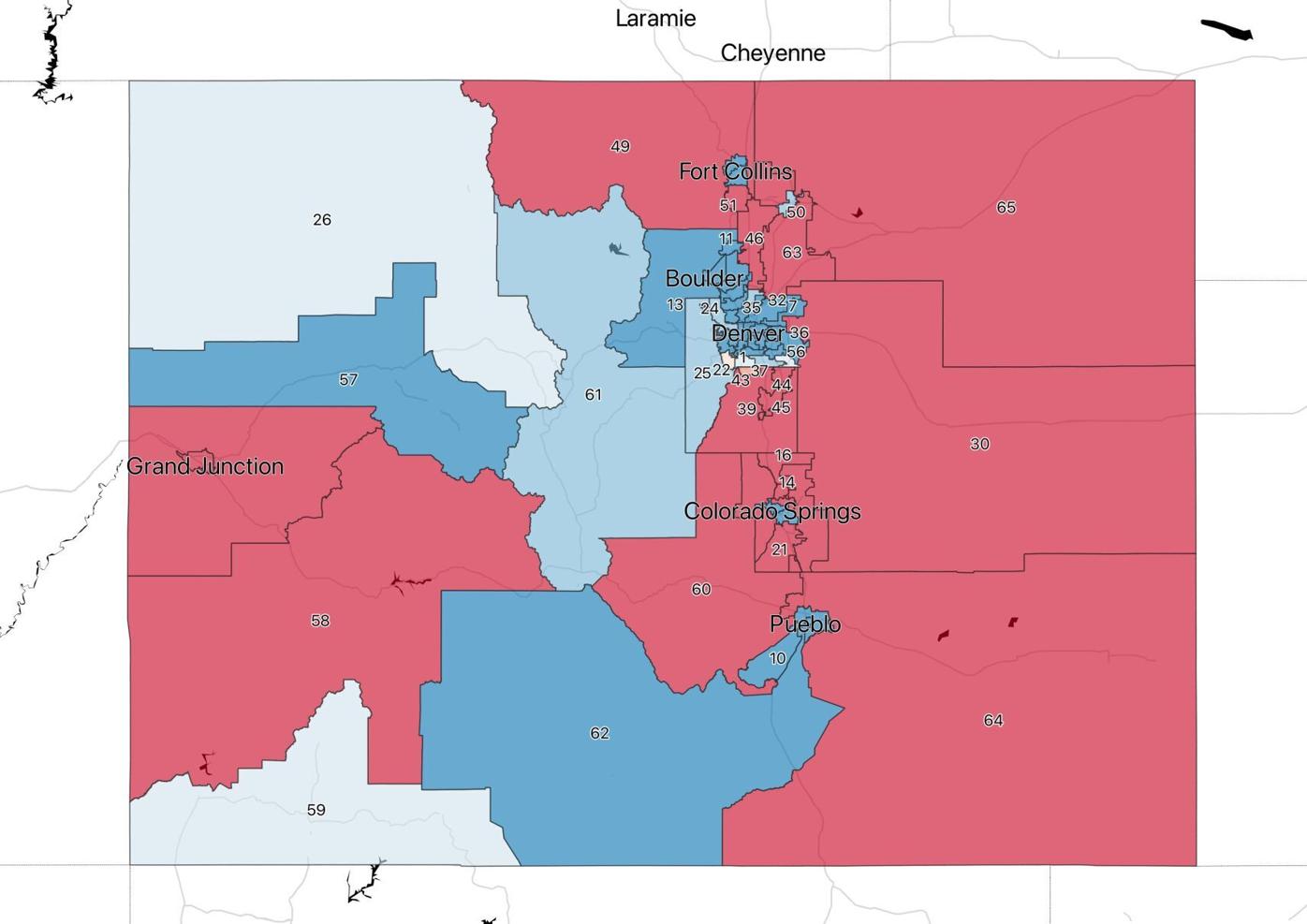 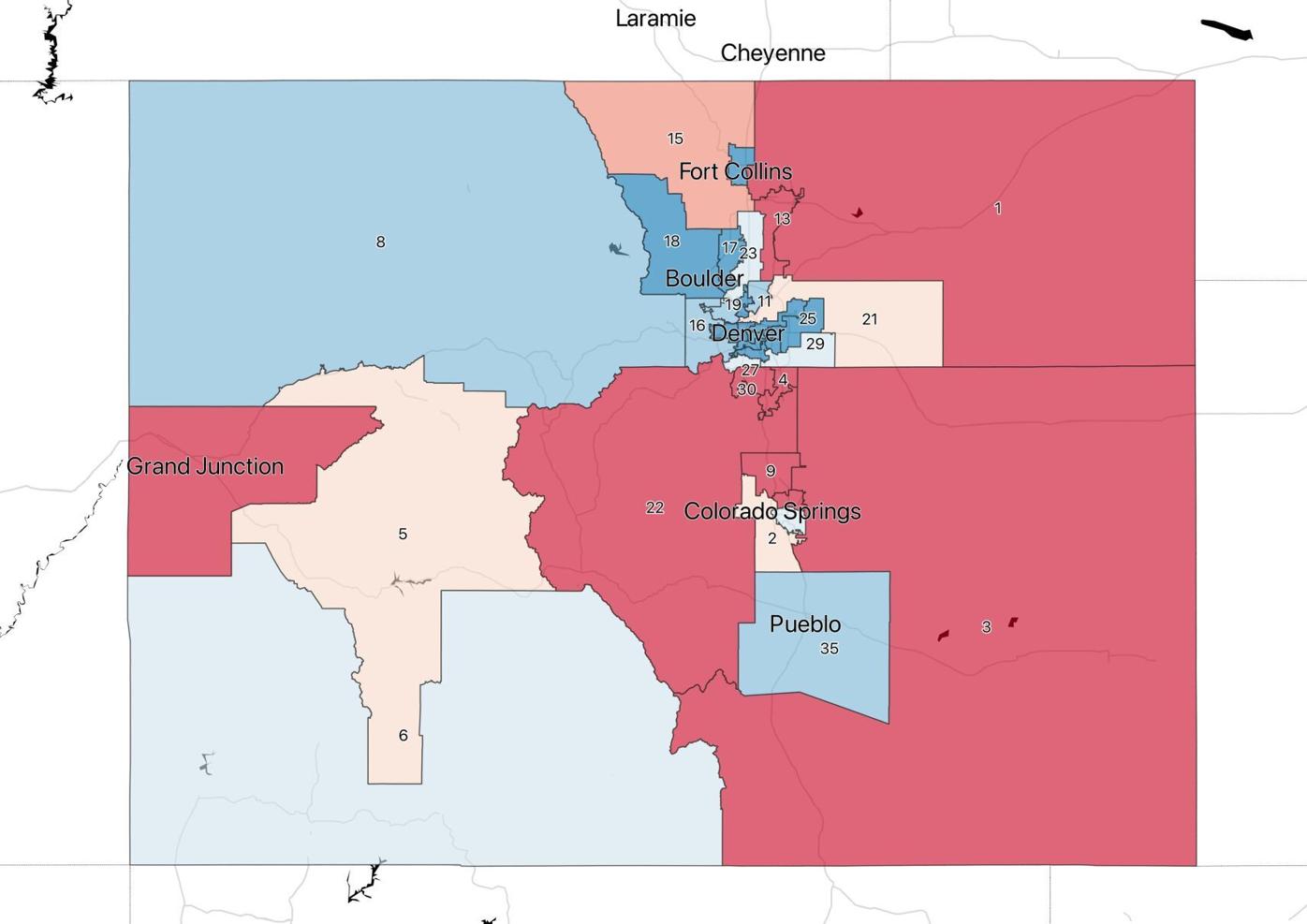 Colorado’s independent congressional redistricting commissioners will either vote to adopt a redrawn map of the state’s U.S. House districts Tuesday, or else the most recent map drawn by their staff and released last week will be adopted by default.

The commission held a lengthy meeting Monday to continue discussing the maps they’ve considered in recent days, and plans for another Tuesday.

The latest congressional map prepared by the commissions’ non-partisan staff, called the “third staff plan” draft map, is designed around a “southern district” concept that has kept momentum in the commission’s recent map iterations.

The concept represents an attempt to group together the state’s Hispanic population in order to empower them to influence elections. In the southern half of the state, Hispanic voters would make up about 26% of the proposed district. The Hispanic population north of the Denver would be kept together, comprising about 39% of the new, proposed 8th Congressional District, earned by Colorado’s booming population.

Two independent "ensemble analyses" of the congressional redistricting commission's latest proposed map suggest that the partisanship breakdown falls within what should be expected, based on hundreds of thousands of algorithmically drawn map plans, based on many of the mapping criteria required in the constitution.

Meanwhile, the state’s independent legislative redistricting commission, which, by design, lags behind the congressional commission by about two weeks, has released new potential state House and Senate maps as well, though they still have one more version of each to complete next week before they can begin to consider a final set of maps.

The commission’s nonpartisan staff recently released their “second staff plan” draft maps, which would maintain a majority enjoyed by Democrats in the state legislature.

Democrats currently hold a 20-15 majority in the 35-member Senate, and a 41-24 majority in the 65-member House. The latest draft maps wouldn't result in dramatically different results.

The Colorado Farm Bureau said their map proposals reflect the interest of "farmers, ranchers and real Colorado." They left out the help they got from a shadowy nonprofit.