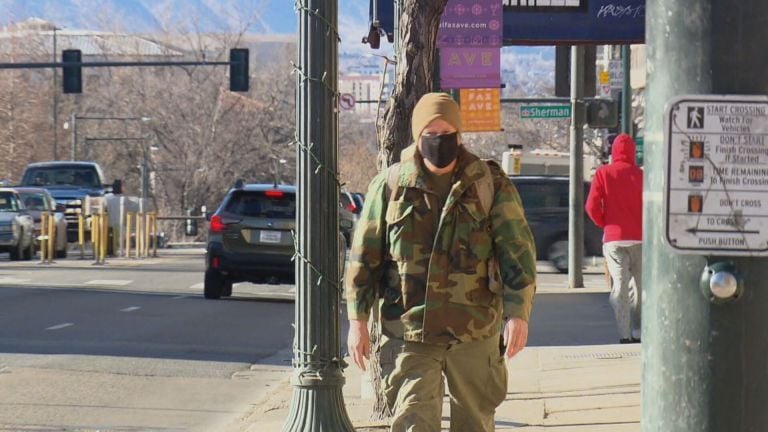 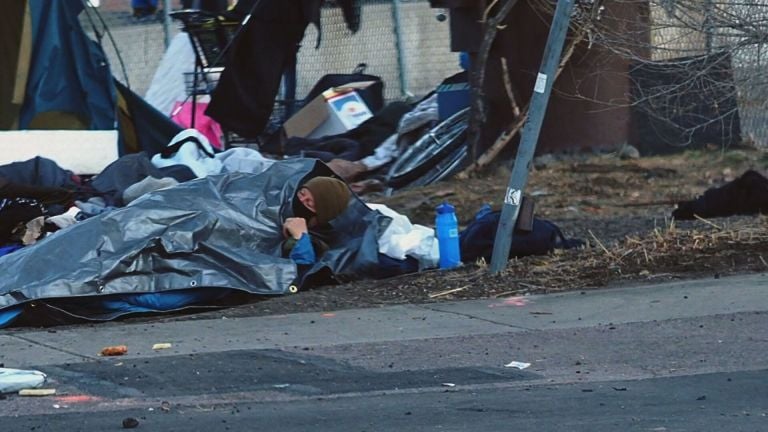 It was revealed Tuesday that Aurora Mayor Mike Coffman spent seven days and nights posing as homeless on the streets of Aurora and Denver to gain insight on the metro’s homelessness situation.

From Dec. 26 to Jan. 2, Coffman spent three nights sleeping in encampments and four nights in different homeless shelters, relying on resource centers and donations from passersby for meals.

The news garnered mixed reactions from the public, but alleged comments from Coffman about homelessness being a “lifestyle choice” received a negative response from homeless advocates.

“The more than 10,000 people that are experiencing homelessness on a given night across the state of Colorado are not to blame for this reality," said Cole Chandler, executive director of the Colorado Village Collaborative. "Their suffering is an unfortunate downstream byproduct of failed federal policy."

However, Coffman told The Denver Gazette that his comments are being taken out of context.

Coffman said when he told CBS Denver homelessness was a “lifestyle choice,” he was referring only to the encampments he encountered that were made up of people who refused shelter services because they banned drug use.

“I thought that the encampments were a lifestyle choice. They chose not to go into shelters because of the rules and I think drug use was a common denominator that I saw,” Coffman said. “It’s not a choice that they’re addicted to drugs, maybe at that point it’s not a choice, but it seems to me they have the option to go to a shelter and chose not to.”

Coffman said that subset of the homeless population felt like “a counterculture move,” composed mostly of young people, many of whom from out of state.

Benjamin Dunning with Denver Homeless Out Loud resented this notion and said he thinks Coffman's experiment was a publicity stunt.

“I was on the streets for four-and-a-half years and saw just the opposite,” Dunning said. “The majority of our homeless community is hidden and those that are the most visible are those that don’t care. He missed most of it.”

Dunning said that many homeless residents have jobs and many who live in encampments are couples who cannot stay in shelters together. He also pointed out that The National Coalition for the Homeless estimates 38% of homeless residents are alcohol dependent and 26% are drug dependent.

Coffman seemed to agree that these homeless residents are the minority, saying that the majority of people he met who were experiencing homelessness simply didn’t seem to have a path out.

“One person I talked to said they were a truck driver but got a DUI and lost their license. They ended up losing their fiancé, their home and serving some time in jail. That was in 2005,” Coffman said. “It’s almost like once they fall down they have a hard time getting up.”

Coffman said he met many people in shelters who had been laid off or who were working to save for housing. Two people, in particular, were a housekeeper and a house painter who had lost so many clients during the pandemic that they were no longer able to support themselves.

Coffman said he also met many people in shelters who suffered from severe mental health issues and others who used drugs and alcohol but only outside of the shelters.

“The mental health component was a lot larger than I thought it would be,” Coffman said. “For a number of people they seem to have fallen into a pattern of alcohol or drug use but the difference is they can’t do it in the shelters.”

John Parvensky, president and CEO of the Colorado Coalition for the Homeless, said mental health issues are much more prevalent in homeless populations than in housed populations, which can lead to drug addiction — though, most people with drug addiction are housed.

“Many people turn to alcohol and drugs as a way of self-medicating mental health issues,” Parvensky said. “Or even just to deal with the impact of living on the street.”

Hearings for Denver homeless sweep lawsuit to continue into 2021

However, Parvensky also said that even those who are addicted to drugs and refuse homeless shelters are not simply choosing this lifestyle.

“People like to have agency over their condition and when they can convince themselves that they’re there by choice it eases the pain,” Parvensky said. “When you get to the root cause, you see that it’s not a real choice.”

Parvensky, who has worked with homeless populations for 35 years, said during Denver’s Social Impact Bond Initiative, they offered housing assistance to 250 homeless residents living in camps, on streets and in shelters. Only one person refused and, after five years, 87% are still housed.

He added that he believes 99% of homeless residents will accept appropriate housing intervention when it is offered.

Parvensky was wary of Coffman’s experiment, fearing that it could be used to reinforce preexisting assumptions about homeless populations.

“I don’t think one can truly understand what the experience of homelessness is by spending a week pretending to be homeless and talking to a handful of people,” Parvensky said.

Councilwoman Candi CdeBaca also spoke out against the experiment, calling it “ridiculous.”

"He did it so he doesn't have to listen to actual homeless people,” CdeBaca said. “It always boils down to power and privilege. He is leveraging his power and privilege to shape a narrative that silences powerless people. He wants the illusion of an unhoused experience but with him at the center of the story."

However, Coffman said he did the experiment to gain insight into the Denver metro’s homelessness issue.

Coffman said he felt the experiment was necessary because when he had visited shelters and resource centers in the past, he never felt homeless residents were comfortable talking to him and only said “what I want to hear.”

“As an elected official I think I have a better understanding of it now than before,” Coffman said.

As for what he’s learned, Coffman said he now understands the importance of being sensitive to the needs of those experiencing homelessness with mental health issues and expanding programs such as Ready to Work and the Rescue Mission’s New Life Recovery Program.

He said he will use these insights while working to address homelessness with Denver Mayor Michael Hancock in the future.

Alayna Alvarez with Colorado Politics contributed to this report

The city of Aurora is accepting applications for the third round of its COVID-19 rental assistance program, providing funds for residents stru…