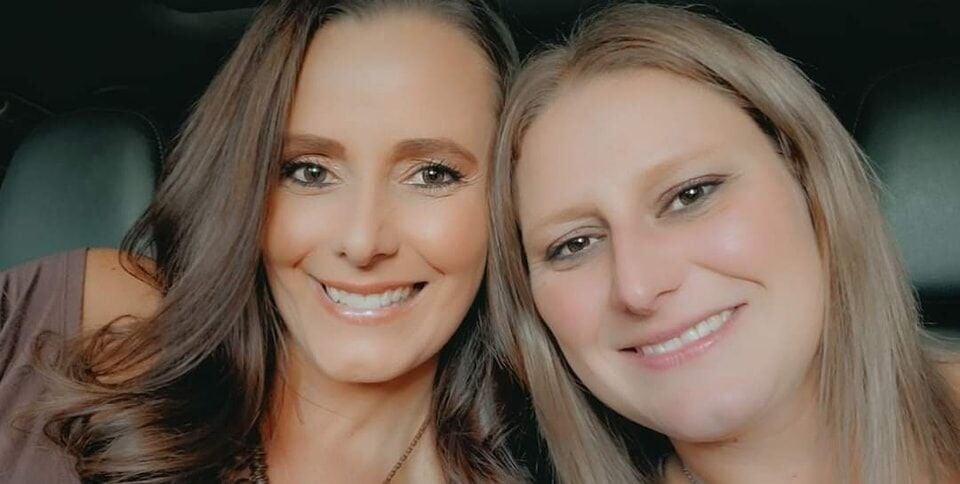 Ashley Paugh, right, a 35-year-old wife and mother of an 11-year-old daughter, had driven from La Junta to Colorado Springs with a friend Saturday and went to Club Q to see a comedian perform, her sister Stephanie Clark, left, said. 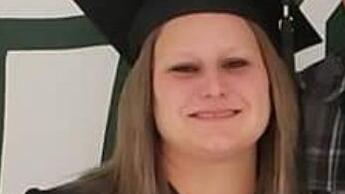 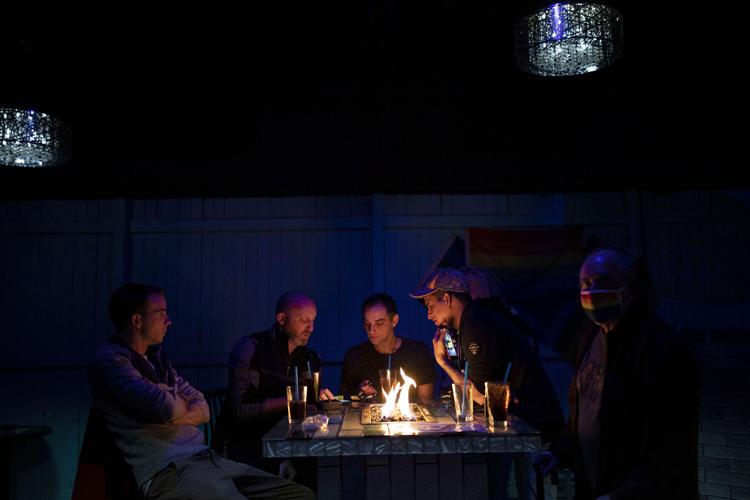 Ashley Paugh, right, a 35-year-old wife and mother of an 11-year-old daughter, had driven from La Junta to Colorado Springs with a friend Saturday and went to Club Q to see a comedian perform, her sister Stephanie Clark, left, said.

All five victims — whose ages ranged from 22 to 40 — of a Saturday night shooting rampage at Club Q, an LGBTQ+ nightclub in Colorado Springs, were identified at a Monday afternoon news conference.

Colorado Springs Police Chief Adrian Vasquez also named two patrons, Thomas James and Richard Fierro, who were in the bar when the shooting happened shortly before midnight and overcame the gunman before officers arrived at the scene.

"In my opinion, he (Fierro) saved a lot of lives," Suthers said. "I have never encountered a person who engaged in such heroic actions so humbly."

Fierro simply said to the mayor, "I'm trying to protect my family."

As for the victims, Ashley Paugh, a 35-year-old wife and mother of an 11-year-old daughter, had driven from La Junta to Colorado Springs with a friend Saturday. They went to Club Q to see a comedian perform, her sister Stephanie Clark told The Gazette.

She was not a member of the LGBTQ+ community but had friends who were, Clark said.

Her husband, Kurt Paugh, said in a statement that she worked at Kids Crossing and had a "huge heart," helping foster kids, including LGBTQ youths, find welcoming homes.

Raymond Green Vance, a 2018 graduate of Sand Creek High School, was at the club for the first time. He was with his girlfriend and others to celebrate a friend's birthday, according to social media posts.

A family statement said he was "a kind, selfless young adult," willing to go out of his way to help anyone. Vance had just gotten a job at Colorado Springs FedEx and "couldn't wait to save enough money to get into his own apartment," the statement said.

Kelly Loving, a 40-year-old trans woman from Denver, was visiting Colorado Springs for the weekend, her friend Natalee Skye Bingham told The New York Times, calling Loving a close friend who had at times been like a "trans mother" to her.

Bingham said she and Loving had just ended a FaceTime call when the shooting began. Early the next morning, Bingham posted a desperate plea on social media seeking updates about the Club Q tragedy, whether anyone knew if Loving was OK.

Kelly's sister, Tiffany Loving, learned of her death on Sunday, from the FBI.

“My condolences go out to all the families who lost someone in this tragic event, and to everyone struggling to be accepted in this world," Tiffany Loving said in a family statement.

"My sister was a good person," she said. "She was loving and caring and sweet. Everyone loved her.”

Aston, a transgender man who completed his transition in June, was remembered as being energetic, lively and helpful, Leia-Jhene Seals, a Club Q performer, said.

Rump was described by other employees as bubbly, full of smiles and someone who liked to crack jokes.

Colorado Springs police initially reported early Sunday that five people had died and 18 were wounded, then changed it to five dead and 25 wounded.

On Monday, a joint operation between police and the city of Colorado Springs corrected the totals to five fatalities, and 17 people sustained gunshot wounds, another person injured in another manner and one victim with no visible injuries but considered a victim, city spokesman Max D'Onofrio said.

The situation was very chaotic on Sunday, D'Onofrio said, which led to the change in numbers.

The gunman also was injured and remains in police custody at a Colorado Springs hospital, D'Onofrio said.

From his hospital bed, patron Barrett Hudson said during a Facebook Live post late Sunday that was shot seven times in the back at Club Q Saturday night.

Hudson said after he was hit by gunfire, he ran out the back doors and climbed up on a table to scale the back fence.

He made it to a nearby 7-Eleven, where people helped him.

“When they told me I had seven bullet holes in my back I thought I was dead,” Hudson said.

The bullets missed his organs, and he said he plans to leave Colorado to recover closer to family and friends in Charlotte, N.C.

“I really feel for the people that didn’t make it,” he said.

He also called for better security to protect members of the LGBTQ+ community.

“The hate comes after us more than other people,” he said.

Five of the arrest-only charges are for first-degree murder and five are for "bias-motivated crimes causing bodily injury," according to court documents.

Fourth Judicial District Attorney Michael Allen said at the news conference that preliminary charges are not official, have not yet been filed and are likely to change.

Additional charges may be added, prior to Aldrich's first appearance in Colorado's 4th Judicial District Court. No court hearings have been set yet in the case.

Allen would not say whether the suspect's actions have been deemed as a hate crime.

Aldrich sustained unknown injuries as James and Fierro stopped him from shooting. One of the men hit the suspect in such a way that it required him to be hospitalized, Suthers told The Gazette Monday.

The extent of Aldrich's injuries and when he might be released from the hospital and booked into the county jail were not released.

Police said Sunday they found two weapons at the scene. Suthers said Aldrich carried a long rifle and a handgun.

The shooting “certainly has all the trappings of a hate crime,” said Suthers, Colorado’s former attorney general, but additional investigation needs to happen, he said.

Aldrich appears to have had an encounter with local authorities last year, when El Paso County sheriff's deputies arrested him on suspicion of kidnapping and making a bomb threat. A judge dismissed the case and sealed the records.

Three sources familiar with his arrest told The Gazette that the charges were dropped because Aldrich's family members who were the targets of his anger did not pursue cases.

Allen, the district attorney, would not comment on whether it is the same man. He said, in general, under Colorado sealing laws, cases that are dismissed for any reason are restricted to public access, including any specific prior incidences involving the suspect.

The change in law, which took effect in 2019, was designed to protect people accused of a crime in instances when a case is dismissed, he said.

"The idea is that person shouldn't have to carry that charge around with them for the rest of their lives," Allen said.

Law enforcement officials also cautioned media against assuming that Colorado's red flag law — when a court can order someone at risk of gun violence to surrender their weapons — would have applied in any previous encounters Aldrich may have had with authorities.

As part of the Club Q investigation, police searched Aldrich’s home in Colorado Springs and seized items, Suthers said, adding that the investigation also will include a search of his social media and interviews with people he knew.

Colorado Gov. Jared Polis ordered flags to be lowered at half-staff on all public buildings statewide from sunrise Monday morning until sunset on Nov. 26 to honor and remember victims. Polis said his administration will also be flying the Pride flag at the state Capitol for the next five days.