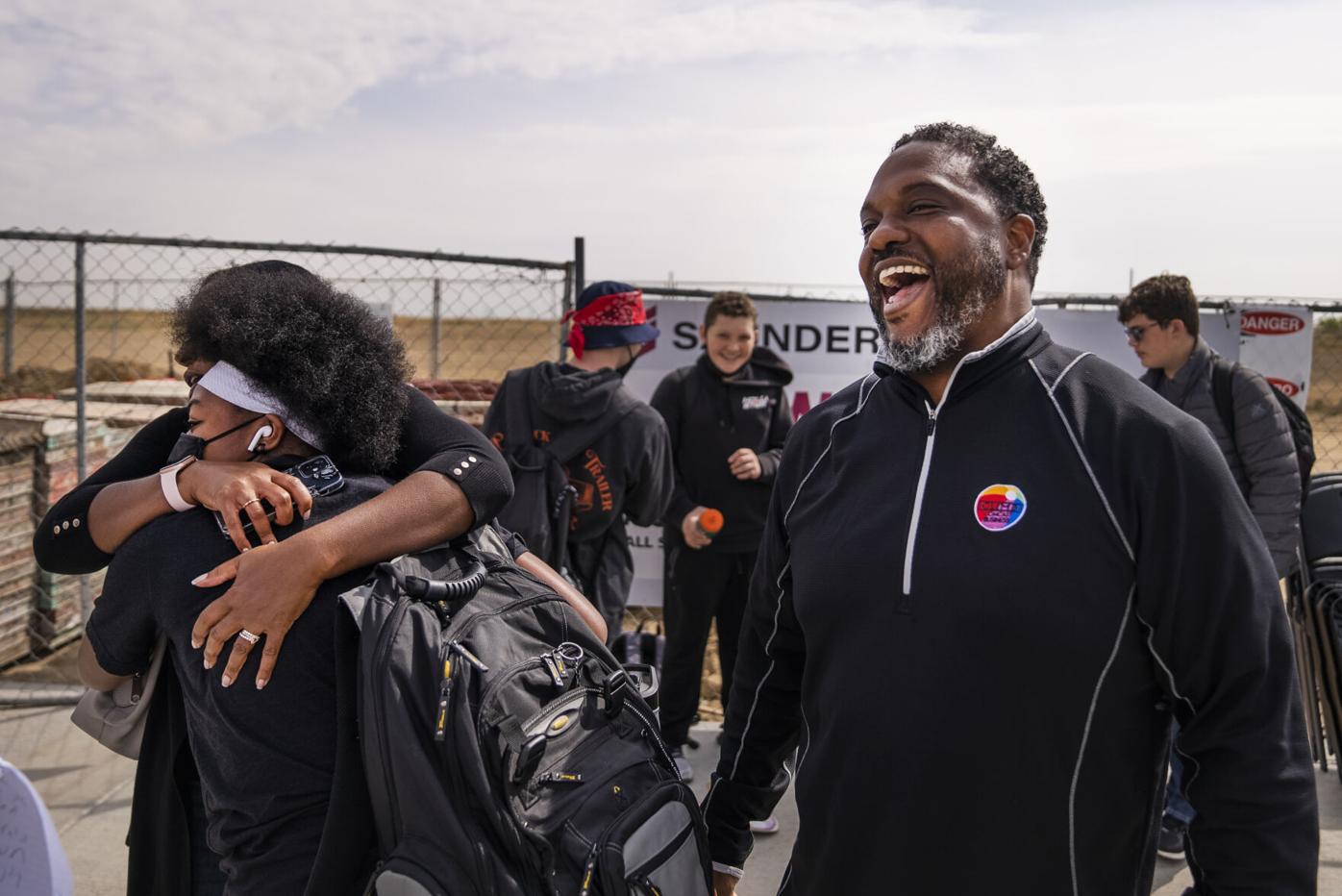 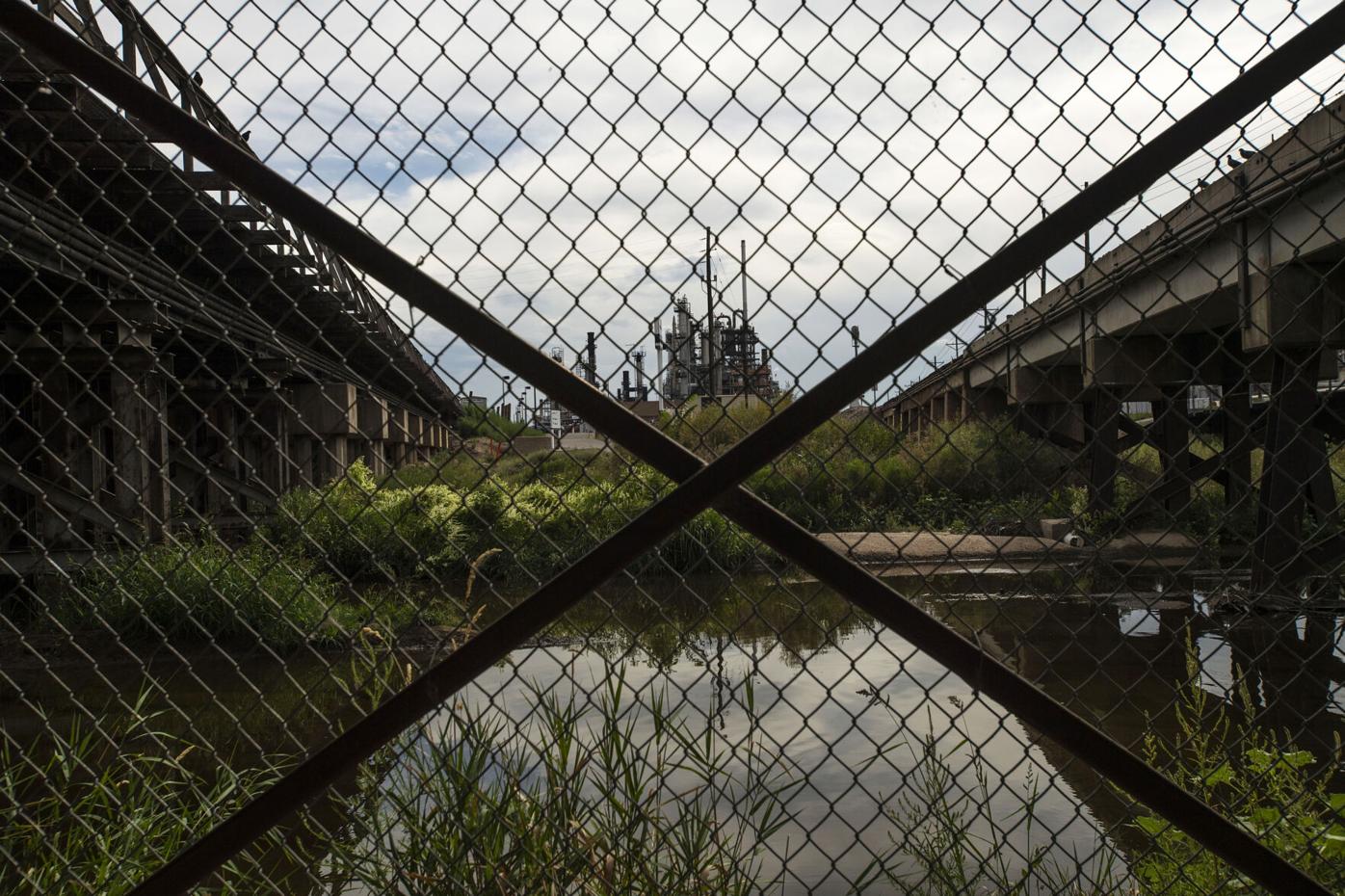 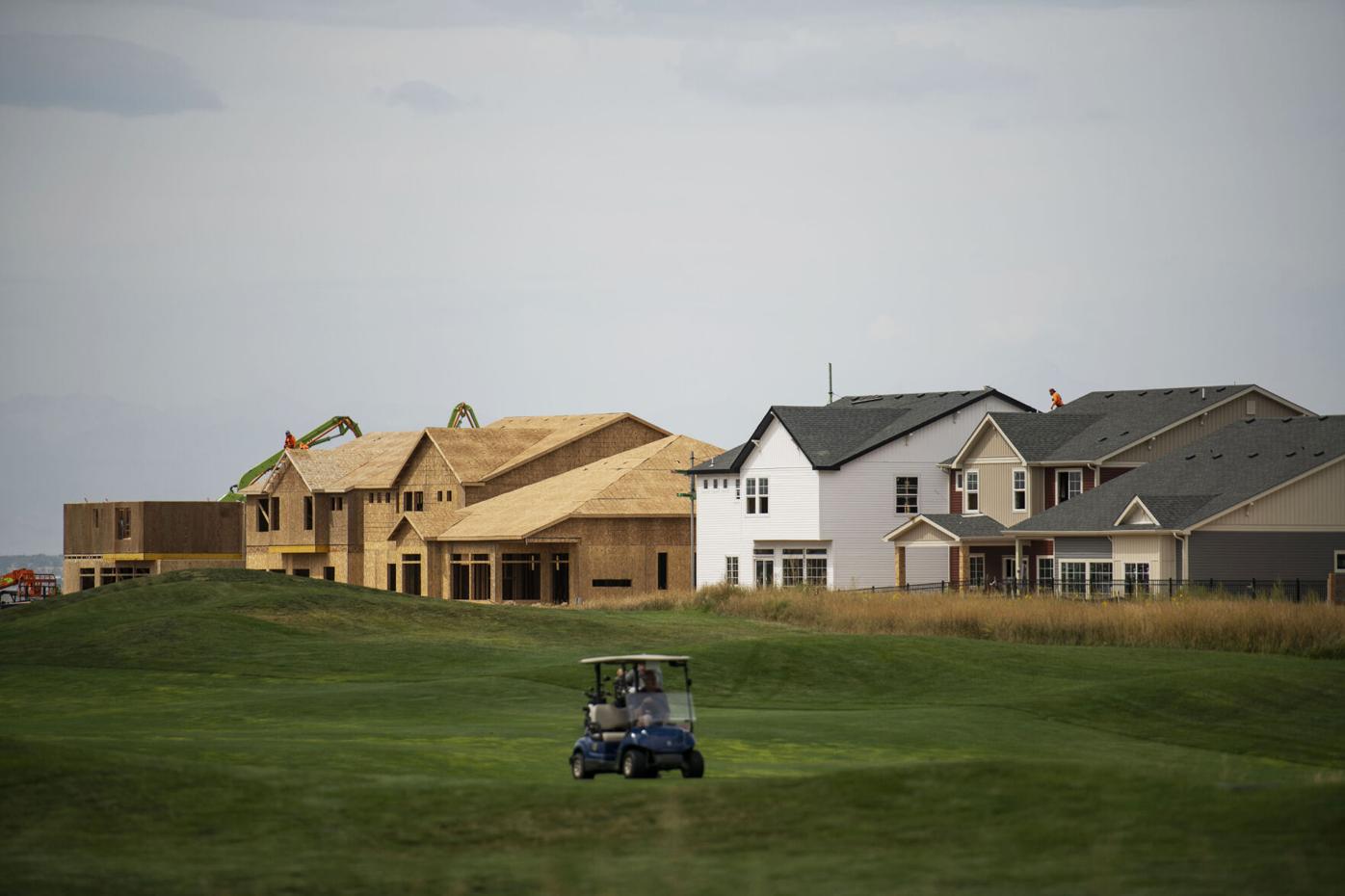 New builds along the Buffalo Run golf course of the Reunion community in Commerce City in Adams County on August 26, 2021. 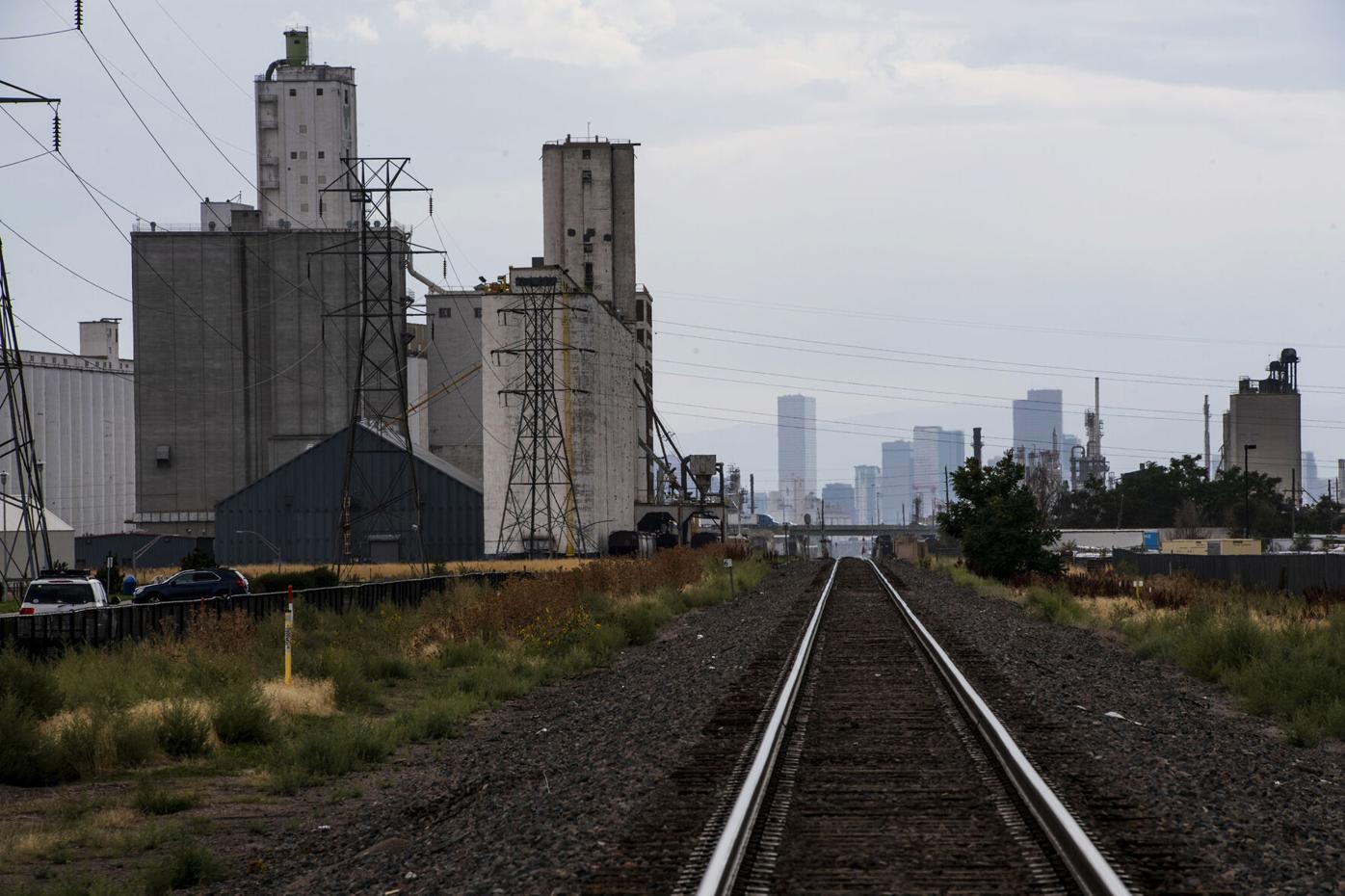 View of the Denver skyline from Commerce City in Adams County on August 26, 2021. 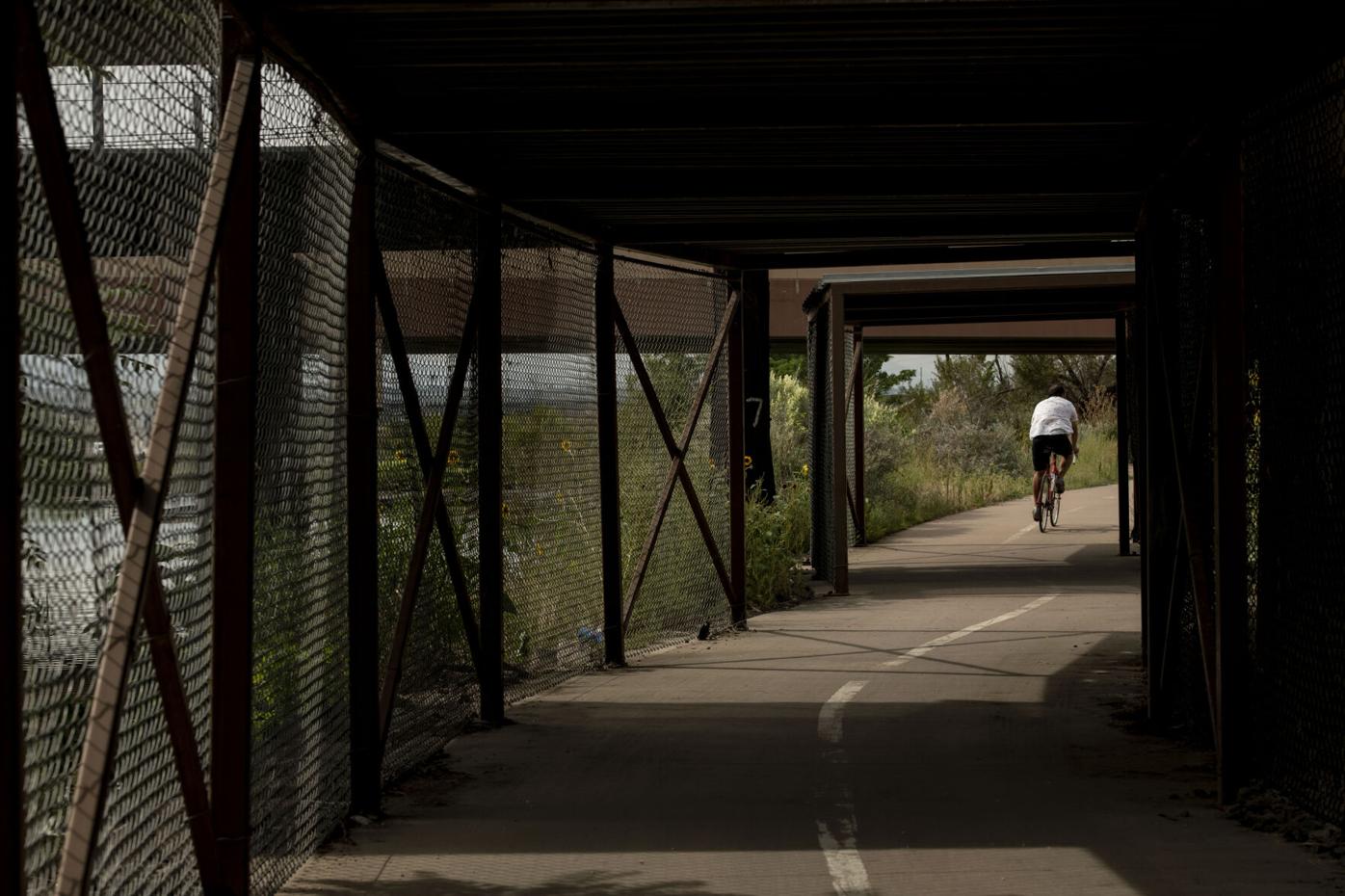 A bicyclist rides near the Suncor Energy oil refinery in Commerce City on August 26, 2021. 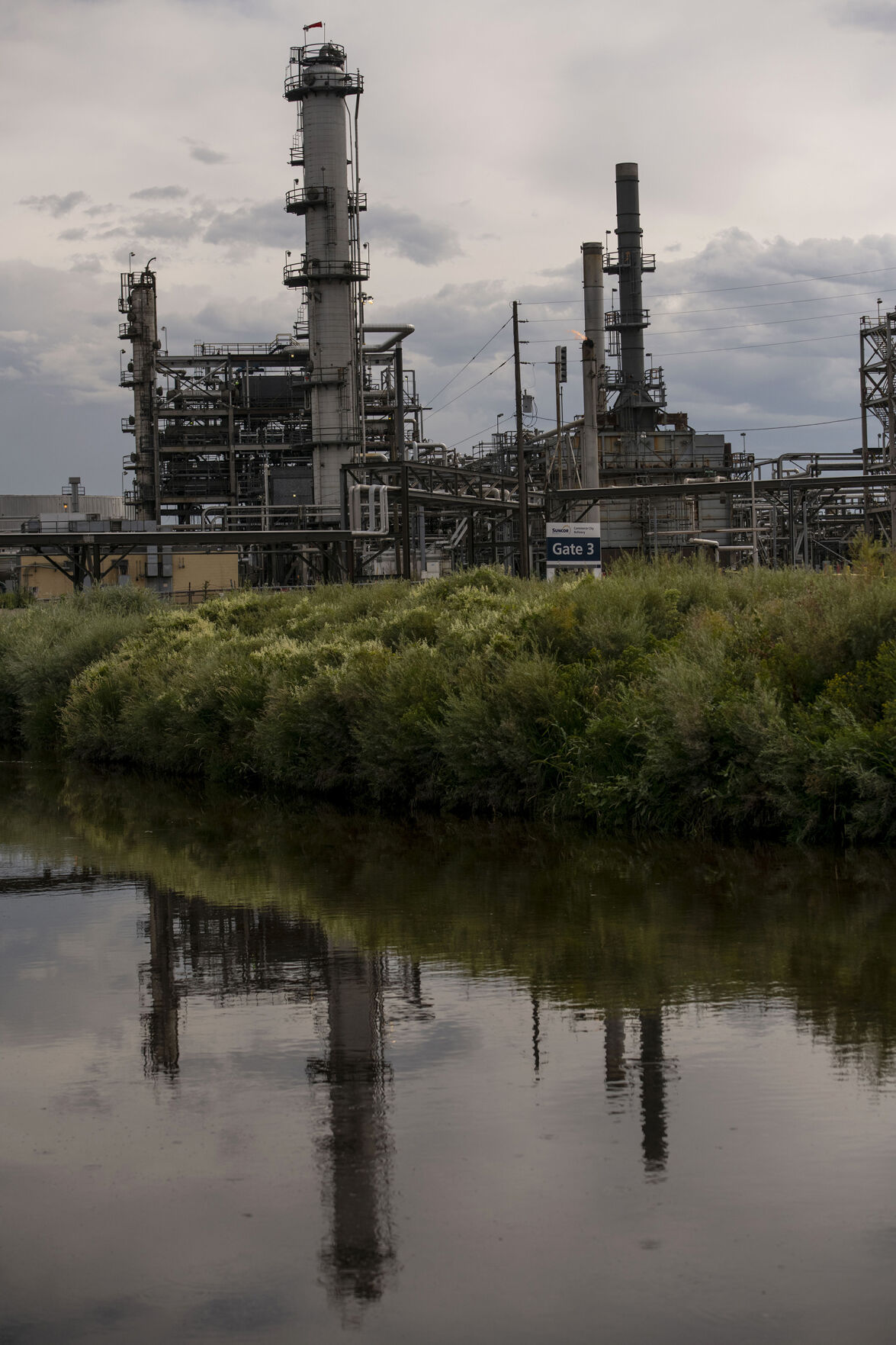 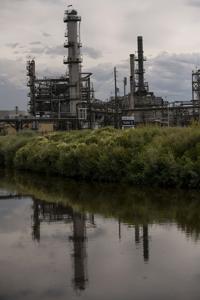 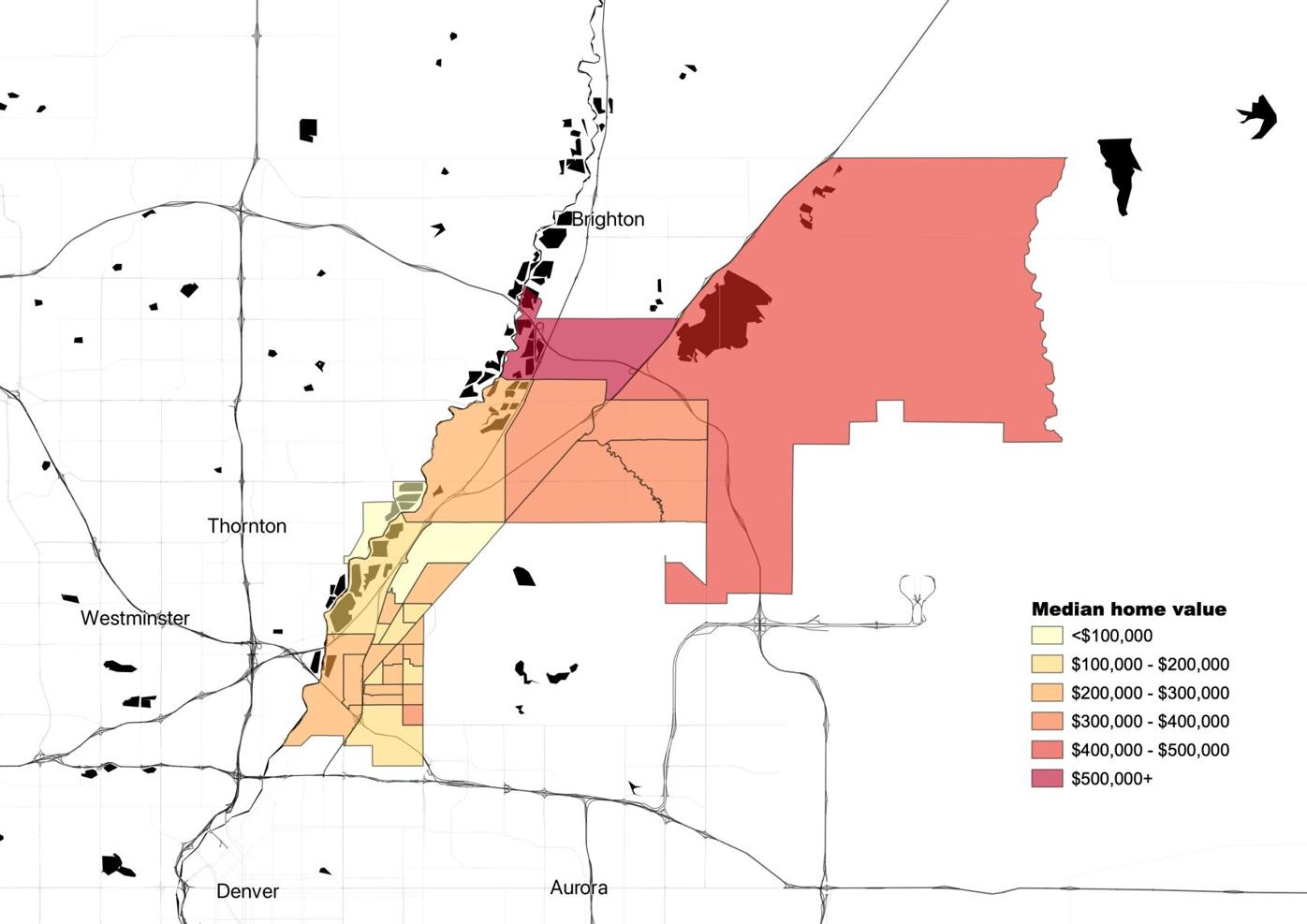 Housing values in Commerce City's rapidly expanding north side, in developments that wrap around the north side of the Rocky Mountain Arsenal National Wildlife, far exceed those in its historic largely minority south side. Census data shows the median value for a home on the city's north and east side is $473,400 or more, whereas on the south side homes range in median value from $152,600-$213,000.

For the first time in its history, Adams County has become an area where minority residents outnumber the Caucasian population, according to the most recent U.S. Census data.

Adams joins Costilla, Conejos and Alamosa counties as the only ones in Colorado with a minority population larger than its white majority. The average Colorado County is 78% white, according to census data.

To explore how and why the minority majority came to be in Adams County, and what that means for the future of the area, the Denver Gazette spoke with Commerce City and Adams County officials, longtime residents and those inhabiting the rapidly growing north side of Commerce City, which includes ever-expanding subdivisions Reunion, Buffalo Run, Eagle Creek, River Run, Belle Creek and Fronterra.

Commerce City is really a tale of two cities — the rapidly expanding north side, northeast of 96th Avenue and Colorado Highway 76, wrapping around the north side of the Rocky Mountain Arsenal National Wildlife Refuge. To the west and south of the Refuge, is the older, historic, largely minority area of Commerce City, where residents have stayed for generations, often passing mortgage-paid homes to children.

The dichotomy is perfectly exemplified by two events that happened within days of each other last month. Adams 14 School District announced it would tear down what's left of the now-dilapidated Adams City High School buildings —  the old cafeteria and auditorium at 4525 E. 68th Ave. Its where generations of Commerce City residents graduated until it was closed in 2009. The new Adams City High School is at 7200 Quebec Parkway, south of the South Adams County Water Treatment Facility and immediately west of the wildlife refuge land.

Clear across town in Reunion, at 108th Avenue and Walden Street, a new charter school named STEAD opened to its inaugural freshman class. It’s an agriculture-focused high school. The name stands for "Science, Technology, the Environment, Agriculture and system Design."

“When we moved here in 2005, there was nothing here,” said Sherrelle Lewis at the STEAD School opening, looking east toward the vast prairie and farm land.

Lewis, her husband Robert and 14-year-old daughter Sydney, now live in Buffalo Run. They chose STEAD for Sydney because the project-based curriculum most-closely fit Sydney’s learning style. They marveled at the growth of Commerce City’s north side and the way the city’s image has changed.

Robert Lewis grew up in Denver, Park Hill, and always remembers Commerce City as a “stinky place.” That could have come from the still-operating Purina factory off I-70 past Brighton Boulevard along the city's southern border, or from the refineries that line Vasquez Boulevard from 64th and 72nd Avenues. It’s largely been consolidated by the growth of Suncor Energy there, which bought several refineries in the area.

Suncor announced earlier this year it would sink $12 million into improvements it hopes will reduce the number, and intensity, of future emissions. In 2020, Suncor paid $9 million in a settlement with state health regulators over air pollution violations from its Commerce City refinery.

The perception of Commerce City has changed since voters in 1999 approved an initiative “not to restrict growth in the northern areas, which allowed the city to double in population and provided great potential for residential, retail, and commercial development,” according to “Images of America: Commerce City,” by Debra Bullock.

All the new residents forced a ballot issue in 2007 that called for a name change to spruce up Commerce City’s image. But that failed 2–1.

There’s still a lingering feeling between some south-side residents the city has forgotten that area in favor of the shiny-new developments and sprawling suburbs on the north side.

Mayor Benjamin Huseman, at the helm two years in December, disputes that notion, saying: “It’s easier to develop on vacant land, that was former farmland, than to do in-fill development.

“Developers always seem to take the path of least resistance,” he said. “It’s a lot easier to identify 50 acres for a 300-home development than it is to try and do that where there’s existing properties. … You also don’t have a population that’s fighting growth on the north side.”

Resident Gary LaPenna, 73, is the head of the VFW Hall on 71st Avenue and Fairfax Drive. He has lived here since the early 1960s. He graduated from Adams City High in 1966. After serving in the U.S. Army in Vietnam, he came back to work for U.S. Steel in 1970. He retired in 2009 after 35 years at Caterpillar Tractor Co.

“Other than some apartment houses around, there’s been no real infrastructure changes around here,” he said.

“It seems like they take care of Reunion better they have old Commerce City here,” LaPenna said.

The largest in-fill development going on in south Commerce City is the former Mile High Kennel Club, which was built in 1949 off Vasquez Boulevard and 64th Avenue.

The 65-acre site, which for years was a hub of entertainment for residents and visitors and hosted many Adams County High School graduations, has sat mostly vacant for more than a decade. The Commerce City Urban Renewal Authority bought the land in 2011 and development plans began in earnest in late 2020 when Delwest Development Corp. closed on the sale of nearly 40 acres of the 65-acre site in September 2020.

After infrastructure improvements like water and sewer lines, vertical construction is underway on housing. Plans call for mixed use with retail.

“We have to balance the investment in historic places, without pricing people out of it,” Huseman said.

Huseman pointed to ongoing efforts by Commerce City to include all its residents in the creation and implementation of public policy, laws and regulations.

“All of our printed material is bilingual, and we’ve had live Spanish interpretation of all our City Council meetings,” he said.

In 2015, the city created the Latino Engagement Task Force. It has also recently created the Diversity Equality and Inclusion Commission.

“We’re passionate about making sure Commerce City is a welcoming community for all,” he said.

Adams County Manager Ray Gonzales, the first Latino to hold that position, is a third-generation Adams County native, born and raised in Brighton.

“We welcome the growth,” Gonzales said. “We’ve always had a strong Latino presence here. It tells the story of some of agricultural roots …. We’re striving to be the most inclusive, and innovative, county in America.”

“Distribution is an important part of our network, we have three interstate highways that literally cross each other,” Nalty said, not to mention the close proximity to Denver International Airport.

Much progress has been made on the Colorado Space Port, Gonzales said.

“Our journey started long ago, eight years, to get that space port license — which came in 2018 with final approval. We’ve attracted five companies since then,” he said.

During the 2021 Space Symposium in Colorado Springs in August, several aerospace company representatives visited the area.

“They were meeting with developers, and looking for manufacturing and headquarters space,” said Nalty.

“We’re continuing to foster innovation and entrepreneurship, especially among the minorities,” he said. “Adams County has the kind of bedroom community for a lot of workforce in that innovation area.”