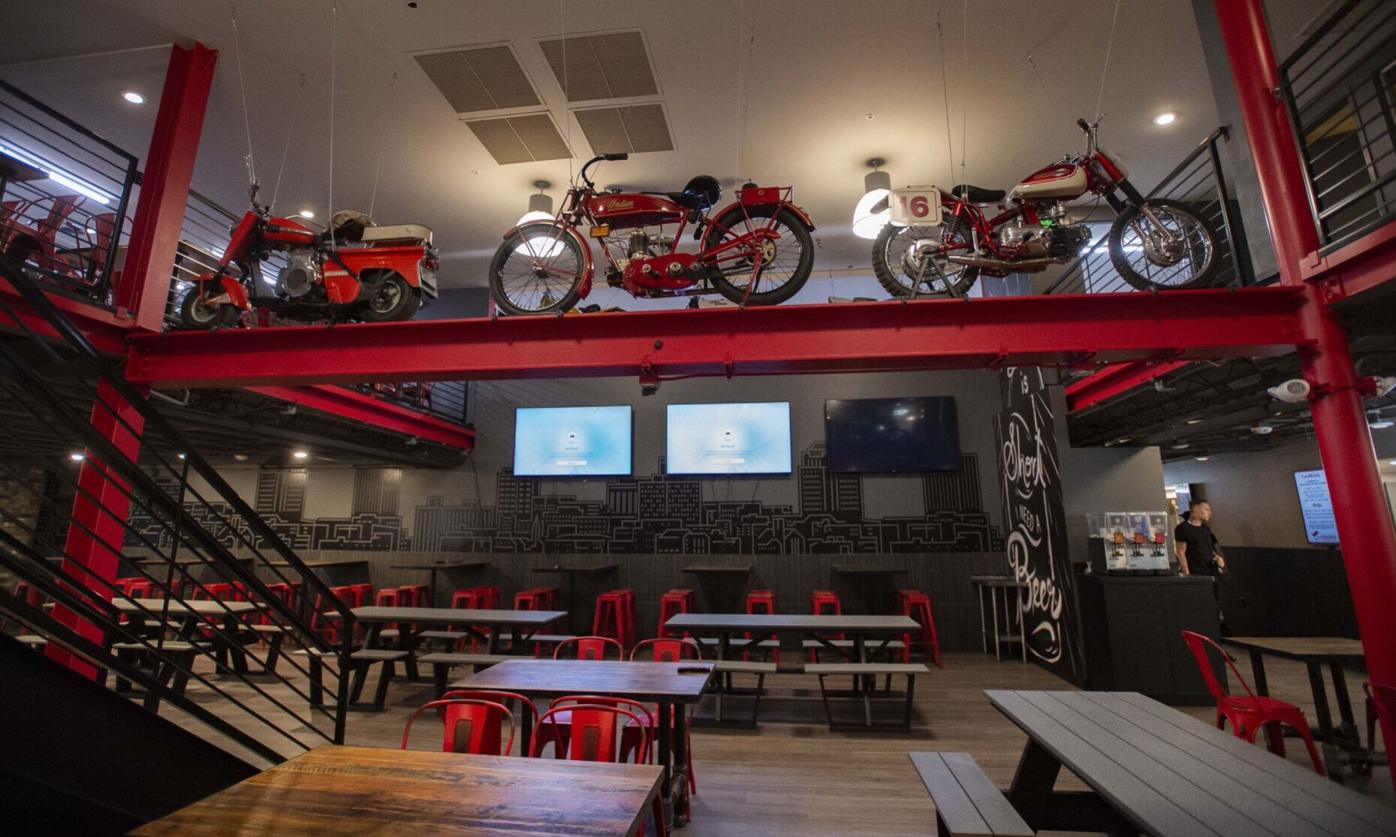 The new Tejon Eatery at 19 N. Tejon St. in downtown Colorado Springs features nine restaurants, two bars, the Rocky Mountain Motorcycle Museum and plenty of seating. Hiring by restaurants and hotels has helped the Colorado Springs area recover all but 1,300 of the jobs lost during the first months of the COVID-19 pandemic.

The new Tejon Eatery at 19 N. Tejon St. in downtown Colorado Springs features nine restaurants, two bars, the Rocky Mountain Motorcycle Museum and plenty of seating. Hiring by restaurants and hotels has helped the Colorado Springs area recover all but 1,300 of the jobs lost during the first months of the COVID-19 pandemic.

Colorado’s unemployment rate fell to 5.9% in August, the lowest level since just before the COVID-19 pandemic triggered a stay-at-home order that resulted in massive job cuts.

Colorado Springs close to recovering all jobs lost in pandemic

The falling unemployment rate reinforces other labor market indicators of a recovering Colorado economy. The number of first-time unemployment benefit claims filed with the state labor agency fell in the week ending Sept. 11 to 1,808, the lowest since late February 2020. Last week’s total was down a third from the more than 2,700 claims filed the previous week.

The unemployment rate in Colorado’s seven metro areas fell sharply in August — dropping in Colorado Springs from 6.2% in July to 5.6% and in Denver from 6.1% to 5.5%.

Boulder had the state’s lowest unemployment rate among the seven metro areas at 4.4% while Pueblo had the highest at 7.9%. Cheyenne County on Colorado’s eastern border had the lowest jobless rate among counties at 2.3%.

The unemployment rate comes from a survey of households; a separate survey of businesses wasn’t quite so rosy.

Statewide payroll growth slowed to 5,600 jobs in August from 12,200 in July, the smallest number of jobs added since employment declined in December amid a surge in COVID cases. COVID cases also have spiked in August and September.

Payroll growth also slowed in the Colorado Springs area to 1,200, or less than half the 2,600 added in July, which had been largely fueled by the area’s booming tourism industry. But that still put the number of people on payrolls in August 1,300 fewer than the 304,600 holding jobs in February 2020, right before the pandemic triggered nearly 39,000 local job cuts in March and April.

“The Colorado Springs area has recovered nearly all of the jobs it lost during the pandemic — 97% — and is substantially ahead of both the state and nation,” Ryan Gedney, the state labor department’s senior economist, said Friday during an online news conference.

“Much of the job growth in recent months has come in professional and business services (which includes military contractors), government and leisure and hospitality.”

The leisure and hospitality industry in August employed the same number of people as it did in February 2020 but still about 3,600 fewer than its peak in August 2019. Government also employs 2,300 fewer people than in February 2020, but those losses were nearly offset by big gains in business and professional services, construction, retailing and transportation.

Colorado’s unemployment rate edged lower to 6.1% in July, but only because nearly 3,000 people left the job market and as a result were not counted as unemployed, the U.S. Bureau of Labor Statistics reported Friday.