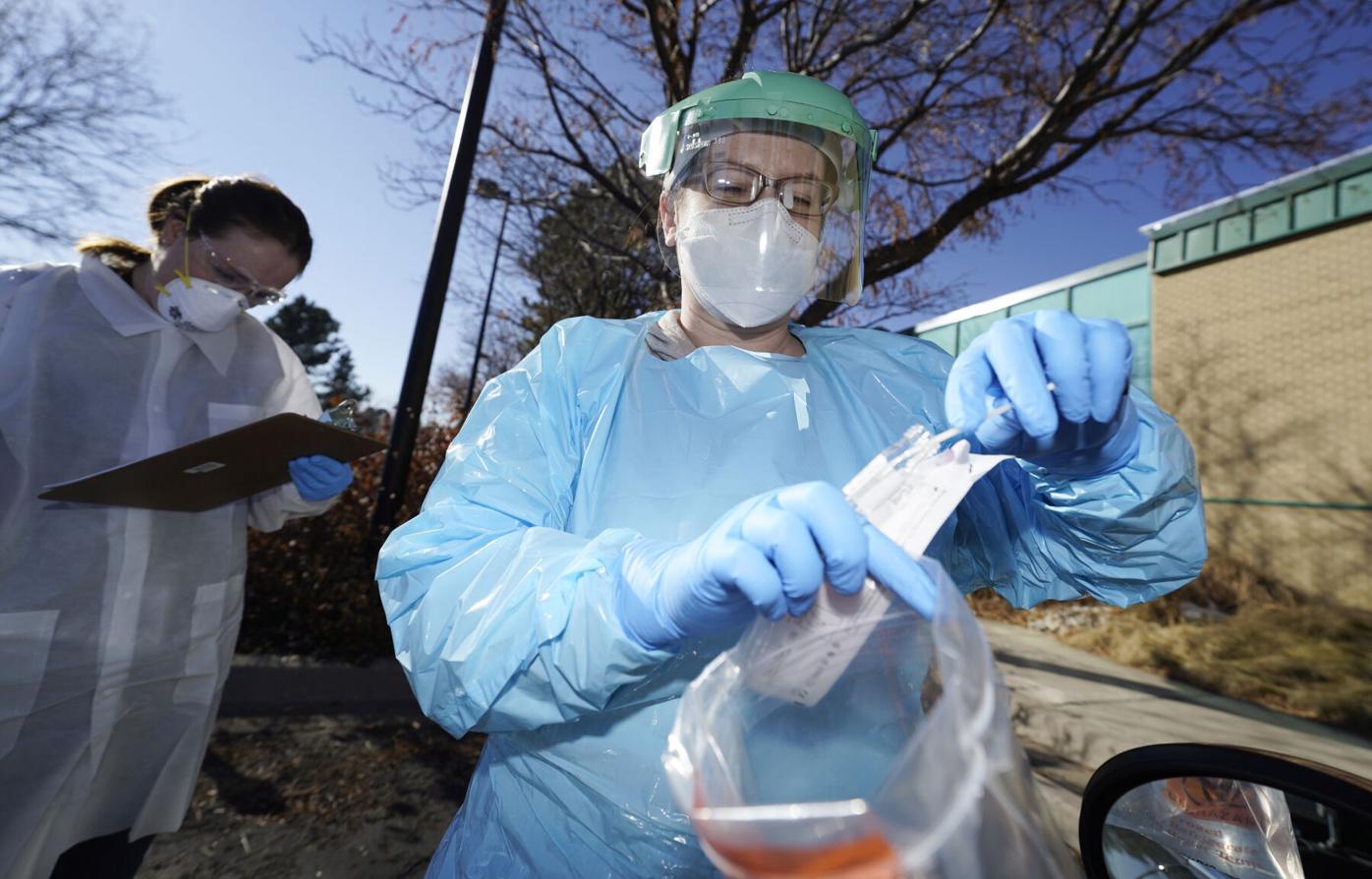 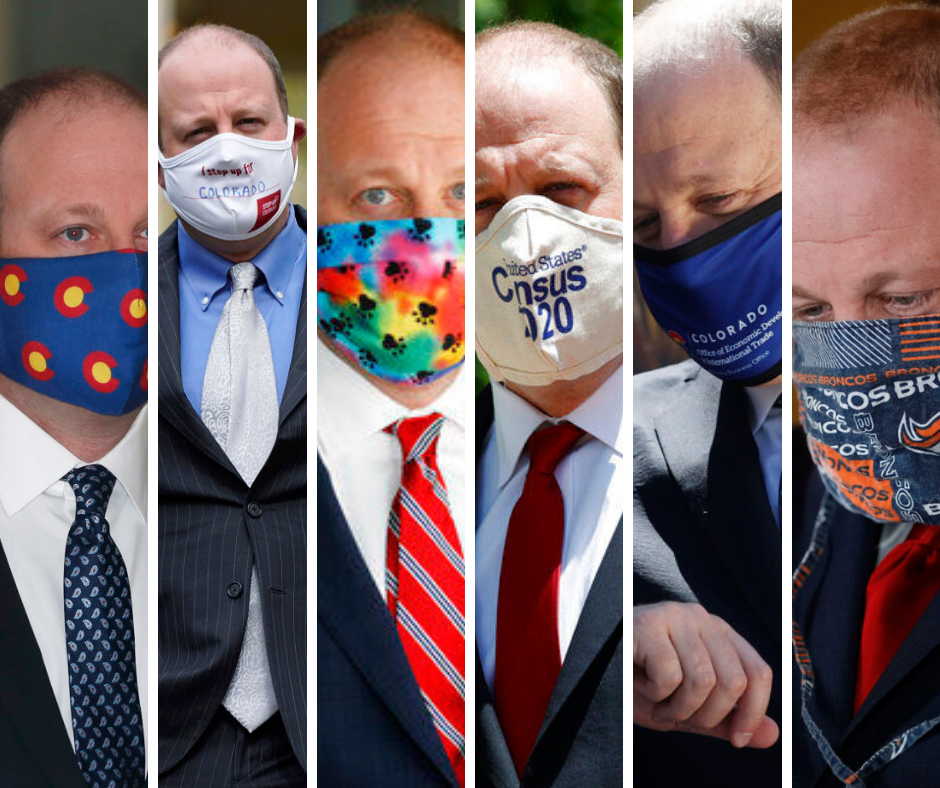 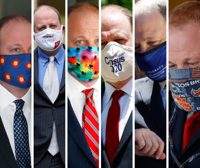 Gov. Jared Polis lifted the state of emergency declared because of the COVID-19 pandemic.

Gov. Jared Polis lifted the state of emergency declared because of the COVID-19 pandemic.

Colorado’s coronavirus testing program pushed what critics contend are flawed tests in nursing homes from a fledgling company run by a 25-year-old college dropout that had the backing of a major Democratic campaign donor with a financial stake in the firm and a tie to Gov. Jared Polis’ administration.

Meanwhile, about 1.86 million at-home, self-administered coronavirus tests from a firm without similar political connections are languishing in a company warehouse. Executives of the company say those tests are in danger of expiring by December due to what they call a cumbersome state distribution model state officials haven't fixed.

The two controversies in the Polis administration’s coronavirus testing program, uncovered in recent reports in The Gazette, generated criticism from local and state elected officials this week.

On Tuesday, nearly a dozen elected officials sent a joint letter to Gov. Polis demanding that he fix the $53 million at-home testing program that originally targeted educators and school staff and frontline workers. The letter blasted state health officials for stating that “demand for the tests is low.”

“The reality is that local governments are scrambling for resources to help keep our businesses and schools open and daily activities, such as youth sports activities on schedule and open to families,” said the letter signed by nearly a dozen elected officials and at least one school superintendent. “Self-administered rapid tests that are validated by a third party are exactly the type of tools our local communities need at the moment.”

State Sen. Barbara Kirkmeyer, R-Brighton, a former executive director of the Colorado Department of Local Affairs and a former Weld County commissioner, blasted Polis in her own letter.

“Allowing Colorado to sit on nearly 2 million rapid COVID tests during the pandemic is wrong, and I urge you to take action so that these tests are immediately distributed to serve our local communities, schools and underserved populations,” Kirkmeyer wrote to the governor.

State officials are under fire for two separate reasons. They face growing criticism for green-lighting the use of a now-discredited test in nursing homes beyond what federal regulators deemed appropriate – an approach that had the backing of a key supporter for Democratic political campaigns and an investor in the company.

Meanwhile, during the same month that those state officials got pushback for unnecessarily encouraging the use of those coronavirus tests, they were accused of erecting bureaucratic hurdles that stymied distribution of another firm’s COVID-19 tests that state and local officials now say they need.

Records show that Gary Lauder, the grandson of the founder of the Estée Lauder cosmetics company, was an influential backer of San Dimas, Calif.,-based Curative Labs, which snagged a $90 million contract to provide surveillance testing in Colorado nursing homes, where one of every 15 residents died from the coronavirus. Lauder, a financial donor for Democrats, introduced Curative’s 25-year-old chief executive officer, Fred Turner, a college dropout who turned heads through some of his  entrepreneurial endeavors, and Kacey Wulff,  Polis' pandemic adviser. Lauder's California-based venture capital firm is an investor in Curative.

"The governor had zero involvement in the state's selection and vetting of Curative Labs," Wieman said in a prepared statement. "This procurement decision was made by the public health officials at CDPHE. As previously stated, with every testing vendor CDPHE engaged in a robust vetting process. CDPHE evaluated their FDA emergency use authorization, had reference conversations with other state and municipal customers, evaluated their official documents, and requested samples of all products. Additionally, CDPHE's clinical and lab teams met with the Curative teams to review data regarding community testing sites, corrections and long term care facilities, as well as use for asymptomatic individuals."

Sarah Tuneberg, the former head of testing strategies for the state who has since returned to the private sector, denied in an earlier interview that political considerations played a role in the state’s testing strategy.

“To say you shouldn’t be picking an entrepreneurial company with a young founder is ageist,” said Tuneberg, stressing that she doesn’t recall Lauder playing a role in the state’s contract with Curative Labs. “They were well-vetted. They had an incredible support team and incredible resources that we vetted deeply.”

Lauder is a big player in Democratic politics, records show.

Lauder and employees of his firm Lauder Partners have donated more than $4.59 million to federal political campaigns or  Democratic campaign committees since 1992, according to the Federal Election Commission. Polis' congressional campaign committee got $10,300 in campaign contributions from Gary Lauder from 2011 to 2016. Polis won the governorship in 2018

Lauder and his wife Laura own a home in Aspen, and made state campaign contributions worth more than $22,000, including $2,200 to Polis’ gubernatorial opponent, former state Sen. Mike Johnston in the 2018 Democratic primary, state campaign finance records show.

In an email message sent to Wulff’s personal email and Turner, Lauder made the introduction in July, stating that he had “just spent the weekend with our friend, Kacey Wulff and her husband.” He added that he told Wulff about Curative Labs since Colorado was "trying to augment their testing capacity.”

Lauder, in an email, said he and his wife hosted Wulff and her husband for a weekend based on a personal friendship and not to lobby on behalf of Curative. "I did not know that she was working in the COVID field until after she arrived," he said, adding that he had not spoken with Polis on the matter and stressing that his investment in Curative "was small for them and small for me." He said all he had done on the company's behalf in Colorado was "to make an introduction."

Coronavirus surged in nursing homes in the fall and winter, propelling Colorado to the highest death nursing home death rate in the nation in December (copy)

Colorado officials stopped the use of Curative Labs tests in nursing homes in January. A competitor to Curative landed another big state contract for at-home, self-administered coronavirus tests in Colorado.

Miami-based eMed inked a deal worth up to $53 million on Jan. 6 to deliver as many as 2 million coronavirus at-home tests monthly for front-line workers, educators and school staff.

While Curative Labs tests got widespread use under the state’s protocols, eMed saw distribution of self-administered tests stall due to what company officials describe as a cumbersome and bureaucratic registration and survey system administered by the state’s health department.

Officials with eMed contend nearly 1.86 million of 2 million coronavirus tests the state agreed to buy are in danger of expiration if they aren't used by December. They argue that the state is on the hook for the full $53 million contract even if the tests expire, which lawyers for the Colorado Attorney General dispute. The state's lawyers say the state only agreed to buy up to 2 million tests and won't have to pay for that full amount if demand continues to lag.

Dr. Patrice Harris, eMed's CEO and former president of the American Medical Association,  sought a meeting with Polis in an April 26 letter, noting she hadn't gotten responses to two earlier meeting requests. State officials have said they can’t be blamed if her firm’s tests aren’t popular. Wieman, the governor's spokeswoman, said the eMed testing program, which use BinaxNow tests, can't be shifted to nursing home surveillance because BinaxNow tests are antigen tests, which the federal Centers for Disease Control says shouldn't be used within congregate settings such as nursing homes due to lower sensitivity than other tests.

Wieman encouraged those looking to improve at-home testing capacity in their local communities to spread the word about the eMed tests.

"Signing up is as easy as having an email address," she said. "Coloradans can sign up for these tests using this Google form, and will receive a confirmation email within one business day from CDPHE, which will include a link to order a kit, free of charge, directly to your home."

Federal and state campaign finance records detail only scant contributions from Harris and others working at eMed. Harris has made $1.041.36 in campaign contributions over the years to a political action committee run by the American Medical Association. She hasn't donated to partisan political campaigns, records. No other political contributions were recorded from her or other eMed officials.

Tuesday, about a dozen Republican legislators and county commissioners came to eMed’s defense, demanding in a letter that Polis start delivering more of the firm's tests, which they say local governments and businesses desperately need.

“We ask that you personally engage to fix this issue and immediately deploy these tests to local communities where they will be utilized,” they wrote.