The Avielle Foundation, which the parents of a 6-year-old killed in the Sandy Hook Elementary School shooting started seven years ago, is closing and being incorporated into the work of the National Mental Health Innovation Center at the CU Anschutz Medical Campus in Aurora. (Courtesy photo) 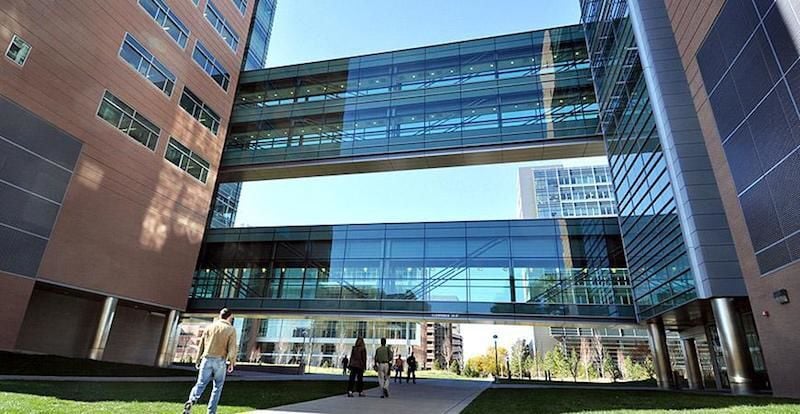 The Avielle Foundation, which the parents of a 6-year-old killed in the Sandy Hook Elementary School shooting started seven years ago, is closing and being incorporated into the work of the National Mental Health Innovation Center at the CU Anschutz Medical Campus in Aurora. (Courtesy photo)

A foundation started by the parents of a Sandy Hook Elementary School shooting victim is closing and being reborn as a program at the University of Colorado Anschutz Medical Campus in Aurora.

Folding the Avielle Foundation into the National Mental Health Innovation Center at the university’s main medical training and services campus will make the work of the center more robust and lead to a broader impact, said Matt Vogl, the center's executive director.

“We are not currently able to focus attention specifically on violence prevention, building compassion and the associated brain science behind those things,” he said in an email. “Now we can.”

The work will begin immediately, he said.

"We expect the work of the initiative to be highly visible, and we plan to showcase what we are doing and learning through it," Vogl said.

The new program, called the Avielle Initiative, also will provide aspiring scientists a chance to apply for an annual internship and fellowship to study brain health as it relates to preventing violence and increasing compassion.

The research will fortify the National Mental Health Innovation Center's primary mission of developing technology-driven products that have large-scale mental health impact for communities across the country, Vogl said.

Now, new programs and products geared toward violence prevention and compassion building also will be explored, in the areas of virtual reality, wearables and mobile applications.

Avielle Richman, the 6-year-old daughter of Jennifer Hensel and the late Jeremy Richman, was one of 26 students and staff killed at the elementary school in Newton, Conn., on Dec. 14, 2012, by a 20-year-old gunman.

The couple started the Avielle Foundation in 2013 to help prevent such violence by funding research, educational programs and events, and by training future scientists.

Violence has become a public health epidemic, with one violent crime occurring every 27 seconds in the United States, according to the Avielle Foundation.

The National Mental Health Innovation Center, mentalhealthinnovation.org, will start accepting applications for the positions in the spring.

Existing staff at the innovation center also will work on projects under the leadership of Deputy Director Debbie Boeldt, who will serve as director of the Avielle Initiative, Vogl said.

The Anschutz Foundation funds the majority of the innovation center's work, he said.