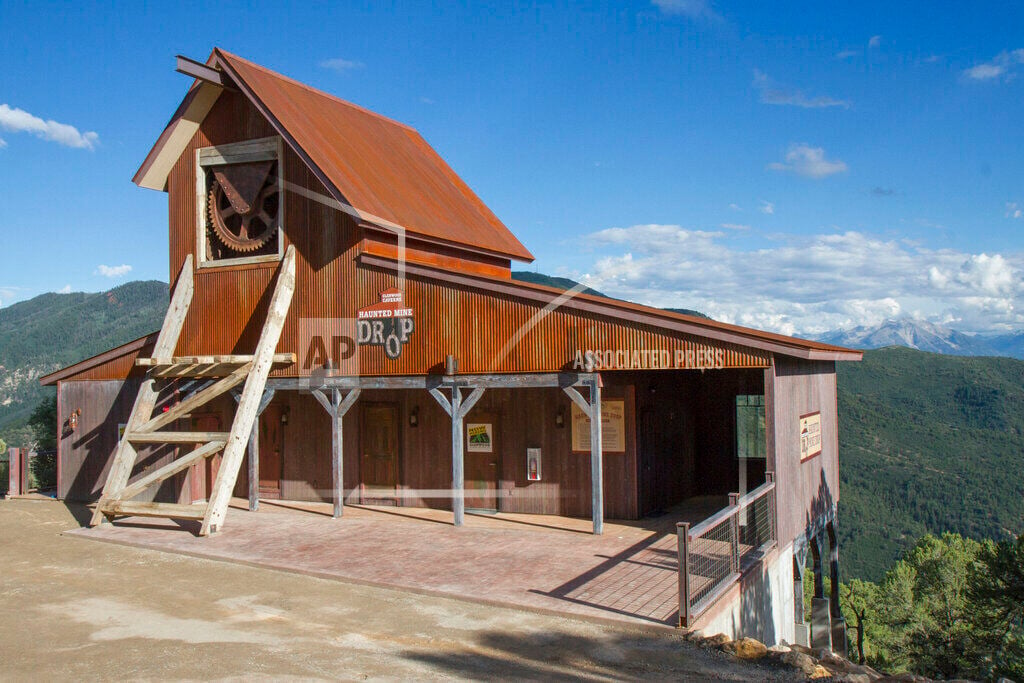 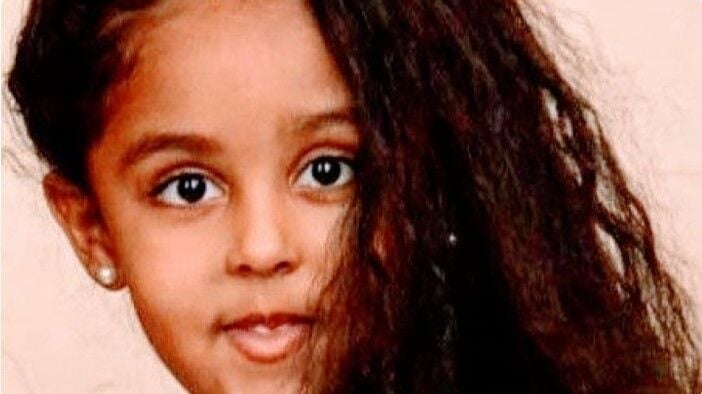 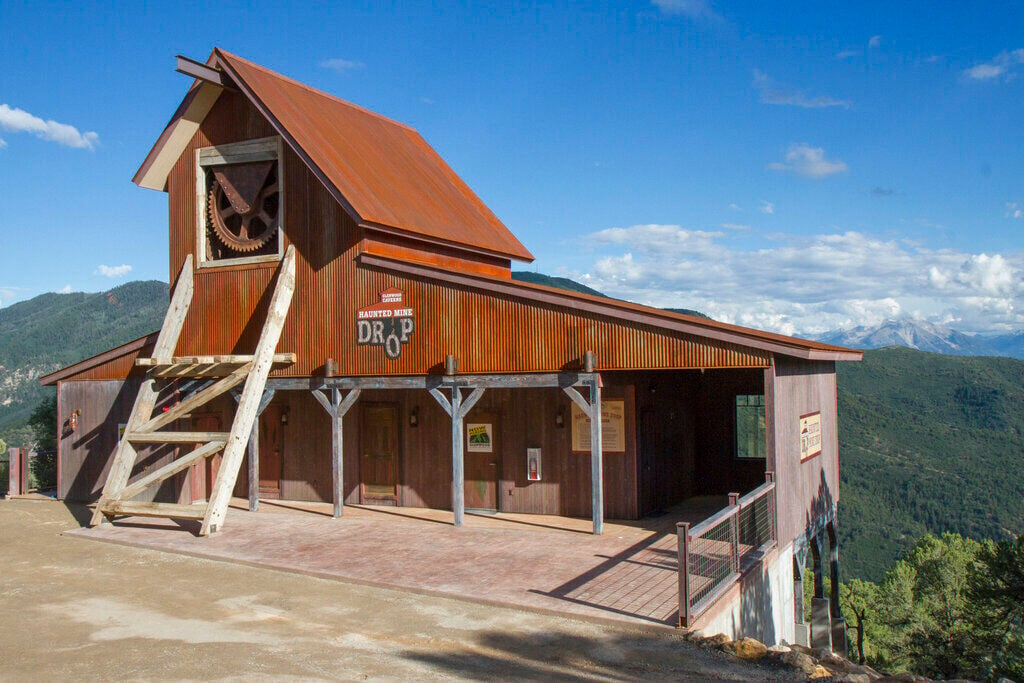 Glenwood Caverns Adventure Park, where a six-year-old girl fell to her death from the Haunted Mine Drop, had other mishaps and injuries in the past, including at least two children hospitalized after they were ejected in separate incidents from roller coaster cars, state documents show.

Officials with the Division of Oil and Public Safety in the Colorado Department of Labor and Employment are now investigating the Sept. 5 death of Wongel Estifanos, a Colorado Springs elementary student, whose body fell 110 feet from a different ride at the park, the Haunted Mine Shaft. An autopsy found blunt force trauma injuries on the girl’s body.

State records show it isn’t the first time an accident on a ride at the park has prompted state officials to investigate.

The state temporarily shuttered Glenwood Cavern’s Alpine Coaster after the ride failed a speed test three days after a June 20, 2010 ejection of a 10-year-old boy from a coaster car. The state backtracked after the adventure park convinced state officials the test was flawed by incorrect track measurements. In that incident, the child was hurt after being thrown from the coaster car into rocks, documents say. The child, with a face dripping blood, then walked up the track to the top of the coaster in search of help, the accident report states.

The 2010 victim’s father reported to the state that staffers at Glenwood Caverns Adventure Park told him his child was okay, documents show. He said that when he asked if they were qualified to administer emergency medical services, the staffers admitted they were not, according to a state report.

“Don’t tell me my (child) is OK if you are not qualified to do so,” the father reported telling the park staffers.

For nearly three months back then, officials at the Colorado Division of Oil and Public Safety, the state agency that regulates amusement park rides, raised concerns with the owners of Glenwood Caverns over whether the Alpine Coaster needed a new restraint system, the documents show.

But state officials noted at the time that wasn’t the only ejection from an Alpine Coaster car. Records showed in 2007 a parent and a daughter were thrown from an Alpine coaster car into nearby fencing. The two got back in the car and completed the ride, but they were later hospitalized for treatment, according to one state report summarizing findings. The impact was so hard the child's shoes, which appeared to be untied, were dislodged, documents state. The child required a leg splint and a sling before transit to the hospital, according to an accident report filed with the state.

In the 2010 incident, the state's investigation found the Alpine Coaster was manufactured with proper restraints and no further action was required.

The state officials concluded they were “unable to determine if the seat belt was removed by the injured patron or whether the ride operator failed to check the seat belt before the patron left the upper terminal.”

Details about that investigation were gleaned from state documents obtained by The Gazette under a Colorado Open Records Act request. The state released hundreds of pages in response to the open records request but withheld inspection reports and other documents on the Haunted Mine Drop ride, claiming they are part of the ongoing death investigation. The state redacted names, ages and genders of those involved in the incidents.

Nancy Heard, identified in the state documents as the attractions manager for Glenwood Caverns Adventure Park, declined to answer questions and hung up when phoned by a reporter from The Gazette.

Other issues identified in the documents released to the newspaper included an incident in which a woman broke her back in August 2011 after she failed to brake and instead sped up her car on the Alpine Coaster, hitting another car stopped at the end of the track. A state investigator determined the patron was at fault.

Investigators documented four injuries at Glenwood Caverns in 2007 alone, three of which occurred on the Alpine Coaster. In 2015, a collision between two Alpine Coaster cars resulted in “a minor fracture” to a rider’s vertebrae, according to state records. A child’s finger was caught on a restraint locking mechanism on the Tivoli Coaster in 2017, resulting in surgery. A person riding the Alpine Coaster in 2011 reported injuries to their right thumb and index finger, stating that they were “going along, hit a curve, and we kind of spilled out.”

Four additional collisions were reported on the Alpine Coaster in 2012.

Records show a cable nearly hit a patron after a drive chain snapped on the park’s Giant Swing in August 2007. Another person suffered arm and shoulder pain after working to keep the cable and other parts loosed by the broken chain from hitting riders. That ride was replaced in 2010 with a Giant Canyon Swing, which hits a top speed of 50 mph, while perched on the edge of 1,300-foot cliff (about the height of the Empire State building) above the Colorado River, according to the Glenwood Caverns Adventure Park website.

Jonathan Carrick, an inspector, in a 2008 report to Heard, the park’s attraction manager, said he did “really like your facility.” But he found a few items that needed consideration, ranging from substandard access and trip hazards in working areas to out of compliance safety rails.

Another inspector, Carl Finocchiaro with Ponderosa Associates, noted in an April 2011 report that he had reviewed the park’s bungee jumping system and found it “commensurate with the intended purpose.”

"A comprehensive structural evaluation of the bungee tower’s foundation and guy anchorage was outside of the scope of this evaluation,” Finocchiaro wrote. “This review also did not include the zipline attraction incorporated into the same structure that facilitates the bungee jumping structure.”

State officials issued a notice of violation for $30,500 in 2010, finding that Glenwood Caverns installed its Frog Hopper ride without a permit. Records show Heard, the park’s attractions manager, asked for leniency regarding that violation for the ride, which rises up 20 feet into the air and then gradually descends.

“We have come a long way in our preventative maintenance and record keeping in the last two years and made a valiant effort to become compliant” with the necessary standards, Heard wrote to state officials. The final outcome of the alleged permit violation wasn't included in state records provided The Gazette.

The amusement ride on which a Colorado Springs girl died on Sunday passed all safety inspections, but its designer has long promoted the absence of some safety features he says makes the ride more exciting.

How many games will the Broncos win during the 2021 season?