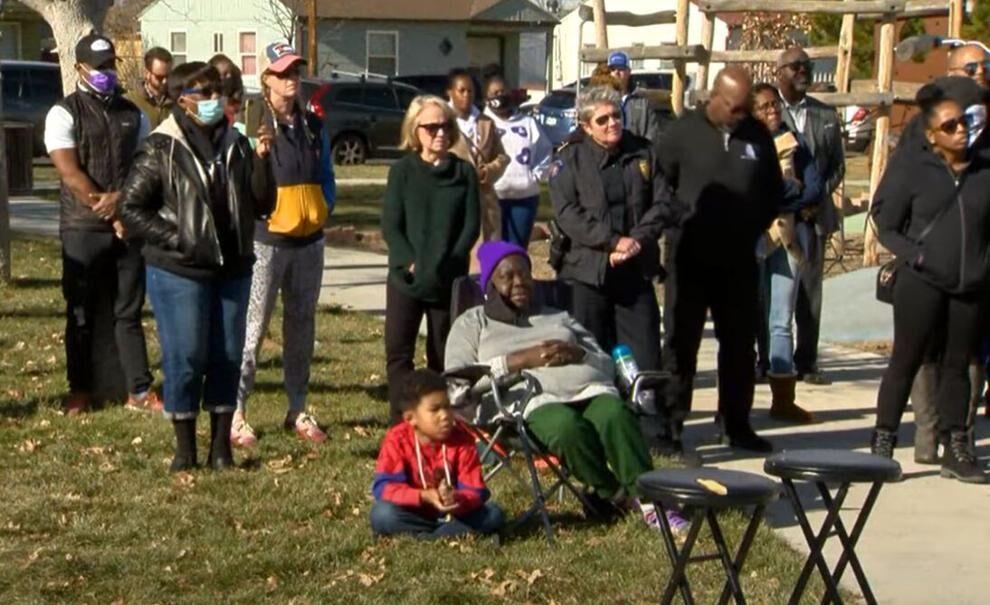 Aurora city officials and community members came together for a prayer vigil at Nome Park recently, the same park where six teens from Aurora Central High School were shot. 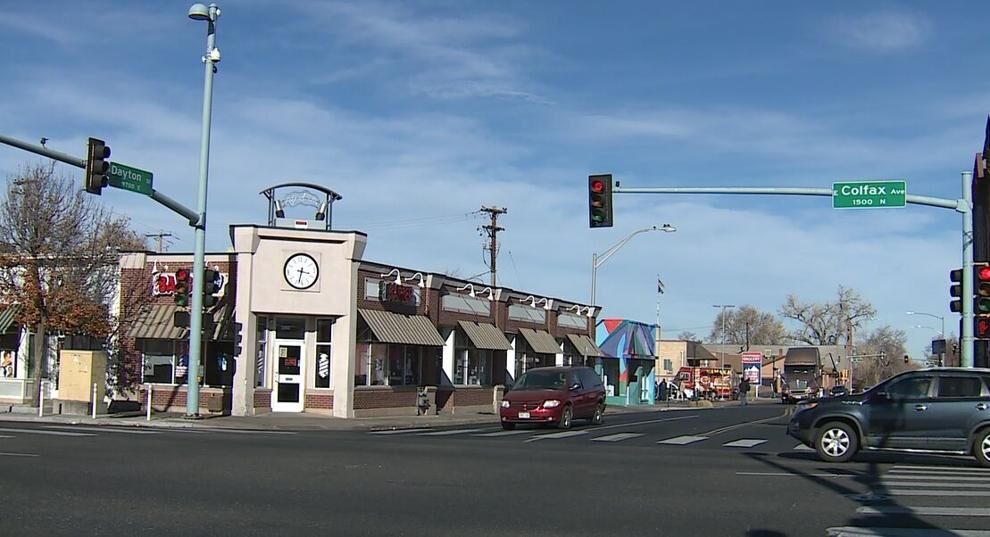 Aurora city officials and community members came together for a prayer vigil at Nome Park recently, the same park where six teens from Aurora Central High School were shot.

And then come screams and wails so anguished and raw they are more like the cries of a wounded animal than anything human. It’s a difficult video to watch but even more difficult to listen to.

And that was just one teenager’s reaction to the shooting of a 17-year-old last week in Aurora, Colorado, caught live by a doorbell camera.

In just over two weeks time, 13 other teenagers were shot in Aurora, eliciting the same sort of high-pitched children’s howls of disbelief and grief from nearby friends.

Six teenagers were shot near Central High, three were shot in the parking lot at Hinkley High and four others and a 20-year-old were shot outside a party near North Dayton Street and East Colfax.

All told in October and November, at least 23 teenagers have been victims in shootings throughout Aurora, according to reports from the Aurora Police Department. In those shootings, at least five victims died.

Why has the shooting of our kids suddenly become routine?

How do we make the screams of Aurora stop?

Better tracking of guns to keep them out of the hands of kids?

Tougher prosecution of kids who pull the trigger?

All of the above, says Aurora Mayor Mike Coffman, who took some time last week to talk frankly with me about the recent spate of shootings.

He’s calling a special emergency session of the Aurora City Council for Dec. 15, and plans to give the public access. He’s inviting Aurora’s chief of police, the head of security at Aurora Public Schools, a representative from Aurora Mental Health, the director of Aurora’s Youth Violence Prevention Program, “and I’m going to have one young person … somebody who can talk to the youth perspective.

“I think we’re going to have a lot of hard questions,” Coffman said. “We need answers. We need answers to better understand the magnitude of this problem, to be able to figure out a path forward.

“I think having them all in one room will be helpful,” rather than a siloed approach to what is clearly a community-wide crisis in Aurora right now.

Coffman sees a comprehensive effort with two general aims going forward: One is identifying at-risk kids and keeping them from going down the wrong path. And the other is cracking down hard on the kids who pull the trigger.

“I think we're making progress on the youth violence, prevention side,” Coffman said, deterring kids from getting involved in gangs in the first place with programs that provide alternative outlets to at-risk kids such as after-school activities, sports programs, and pop-up events in neighborhoods that expose them to pro-social activities, safe spaces, mental health resources and connections with positive adult role models.

“That's the part I feel pretty confident in,” said Coffman. “I think we can always do more but I feel really confident. It's the law enforcement part that I'm concerned about."

When it comes to the people who put their finger on the trigger, “from my point of view, we’ve got to be tough. We’ve got to be really tough on them. I think if you look at these other areas where they aren’t tough, like Chicago, they just get more of it. We just invite more and more of it.

“So we have crime prevention and then we have got to have the hammer in terms of law enforcement.”

Because of shortages of police officers, Coffman said Aurora has had to take officers out of special units such as the gang intervention unit to fill patrols. “Patrol has been the priority.”

Like many cities, Aurora saw many officers leave the force in 2020 after the wave of anti-police sentiment that swept the country in the wake of George Floyd’s death.

“We are working hard right now to fill those shortages by running additional Academy classes,” Coffman said. “So as we are able to fully staff up, we'll have all these specialized units fully staffed and I think that will help us as well.”

I asked the mayor about the Aurora police chief’s heart-breaking recommendation that Aurora parents start checking their kids' rooms and cars regularly for guns.

“There’s a breakdown in families, particularly in these areas where there is a lot of at-risk children,” he responded. At the end of the day, parents are the ones responsible for raising kids with consciences and keeping them away from guns.

In fact, the parents of a teenager accused of killing four students and wounding seven others at a high school in Michigan last week were charged Friday with involuntary manslaughter for letting their son have access to a gun, which they apparently gave to him as a Christmas present.

"We know that owning a gun means securing it properly and locking it and keeping the ammunition separate and not allowing access to other individuals, particularly minors," Oakland County prosecutor Karen McDonald said at a news conference, according to the Detroit Free Press. She said allowing a teenager easy access to that gun "went far beyond negligence."

Coffman does not want Aurora to shrug in mute acceptance of teen violence, which he see as the single most important issue in his city right now, and has since he started his job on Dec. 2, 2019. A month after he was sworn in, he was at a U.S. Conference of Mayors with Denver Mayor Mike Hancock and Hancock asked that they work together on one issue, and suggested homelessness.

“I don’t think that’s the biggest issue for Aurora right now,” Coffman told him. “I think it’s youth violence.” So Denver and Aurora have been working together on youth violence prevention ever since and formed the Youth Empowerment Compact.

In Aurora, youth empowerment initiatives have been centered around its police force. Chief of Police Vanessa Wilson is developing a Chief’s Youth Advisory Board to increase communication.

Why, I asked, is this the No. 1 issue in Aurora of all places? Why are so many inner city problems migrating out to suburbs?

“We are such a diverse city in so many ways,” answered Coffman. “We’re diverse in the sense that we also have pockets of poverty. We may be a suburb, but let me tell you, we are the 52nd largest city in America, and we have urban challenges — of race, poverty and crime.”

Add to that list the haunting screams of teenagers watching their friends die.