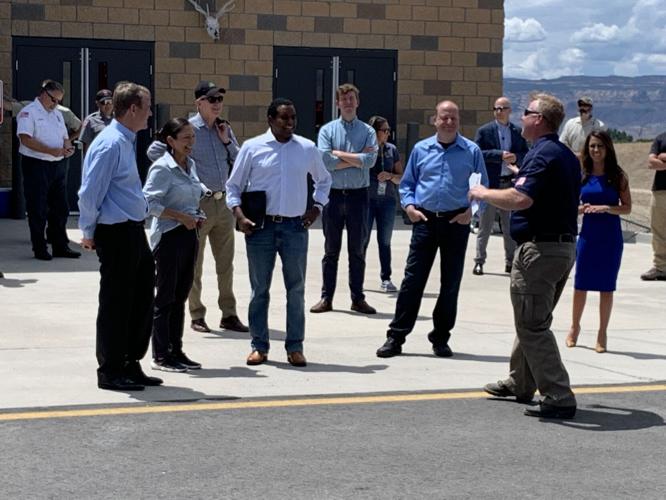 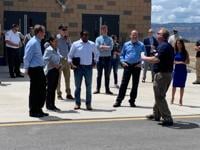 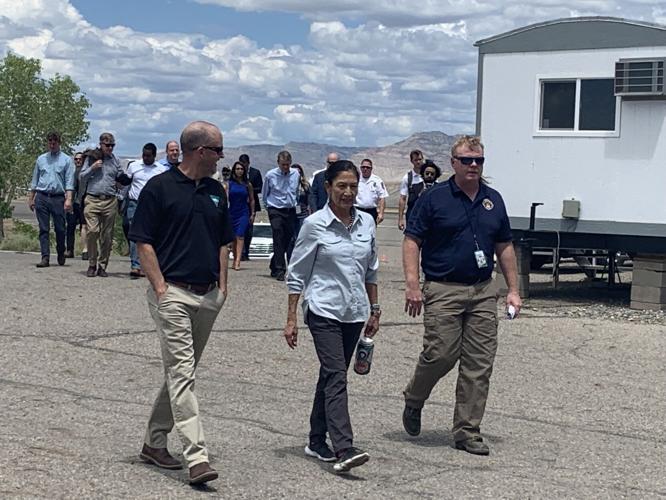 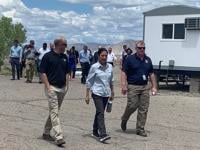 Update: the US Senate voted 50 to 49 Tuesday afternoon to debate the nomination of Tracy Stone-Manning to become BLM director. Both of Colorado's Democratic senators voted with the majority.

The three Republicans in Colorado's U.S. House delegation — Reps. Lauren Boebert of Silt, Ken Buck of Windsor and Doug Lamborn of Colorado Springs — are calling for the U.S. Senate to delay its confirmation vote on Tracy Stone-Manning, the Biden administration's pick to lead the Bureau of Land Management, until there's a commitment to keep the BLM national office in Grand Junction.

The Biden administration is reconsidering the decision made by the Trump administration in 2019 to move the BLM headquarters from Washington, D.C., to Grand Junction. According to the Associated Press, then-Assistant Secretary of the Interior Joseph Balash said in a July 17, 2019, conference call with reporters Tuesday that the moves could save at least $50 million and up to $100 million over 20 years because office space is usually cheaper in the West than in Washington, and cost-of-living differentials for federal employees are lower. They also claimed decision-making would improve, given that the employees would be close to the lands they manage.

At the time, most of the 10,000 BLM employees were already working in 11 Western state offices, including at the Lakewood Federal Center and in another office in Grand Junction. About half of the agency's senior-level executives were in Washington, and the plan was that the bureau director would be headquartered in Grand Junction.

William Perry Pendley, previously a Colorado resident who was interim director of the BLM during the Trump administration but whose name was never put forward for confirmation by the Senate, never moved to Grand Junction.

Top US land manager may stay in Washington

Western politicians, including Gov. Jared Polis when he was in Congress, have supported moving the BLM out West.

Last week, Interior Secretary Deb Haaland spent three days in Colorado, including Friday in Grand Junction, where she visited with BLM employees. Polis, Sens. Michael Bennet and John Hickenlooper, both Denver Democrats; and U.S. Rep. Joe Neguse, D-Lafayette, and Boebert all advocated for keeping the BLM national office in its Horizon Drive offices. On Friday, Boebert praised the bipartisan support from Colorado's Congressional delegation for keeping the office where it is.

Haaland said that her first priority "is to avoid doing any more harm to the BLM's dedicated employees. We owe them that."

She also noted that many BLM employees faced significant upheaval in the move. Current employees are struggling to implement the bureau's mission, given the more than 80 vacancies in the Grand Junction headquarters, Haaland said. Out of 328 positions prior to the move, 287 employees chose to retire or go work somewhere else, and only three actually relocated to Grand Junction, despite claims that at least 27 jobs in Grand Junction would result from the move.

Government Executive magazine reported last month that even some of those who accepted relocation to Grand Junction are now looking for jobs in Washington.

Tuesday, in a meeting of the Senate Energy and Natural Resources Committee, Hickenlooper spoke with Haaland about the future of the BLM headquarters. Hickenlooper had invited Haaland to Grand Junction during her January confirmation hearings.

“You saw and heard clearly the long-term value that having a Western presence holds for the BLM, by making sure that the employees are close to the land they manage. And I think you heard clearly the meaning that has, the importance of that to the local community,” Hickenlooper told Haaland during the hearing. “That presence is a shared value and of real importance.”

Haaland responded that she enjoyed the visit. "I was thrilled to have opportunities to have those meetings. We met with the staff, both in person and remotely at the BLM headquarters...My takeaways are that we need to come to a decision fairly soon. It's important for folks to know and understand what their task at hand is."

She also pointed out that she got more comments from staff through email by the time she got back to Washington, and that she's looking at those comments and assessing them.

Hickenlooper replied that there was a lot of discussion about how poorly the move was handled, and that processes enacted "seemed to create unhappiness" and were designed to get BLM employees to leave the agency and make it less functional.

"That has nothing to do with Grand Junction" and the appreciation the community has developed for the BLM, he added.

In a Tuesday news release directed to Bennet and Hickenlooper, Boebert said that “If the junior senator from Michigan can hold up eight Department of Defense nominations to secure a victory for his state, then one of Colorado’s two U.S. Senators can hold up the BLM Director nomination to secure a victory for Colorado. Senators Hickenlooper and Bennet have the power to stand up for Colorado and leverage the Biden administration into keeping the Bureau of Land Management’s headquarters and existing personnel spots in Grand Junction."

Sen. Gary Peters, D-MI, had placed a hold on the Secretary of the Air Force nominee plus nine others, tied to a request for an F-35 training base in Michigan. He didn't get what he wanted but lifted the holds on Monday.

"I’ve appreciated their efforts and working with them on this bicameral and bipartisan effort. But based on comments from Secretary Haaland last week, the fate of the Bureau of Land Management headquarters in Colorado now rests on the shoulders of John Hickenlooper and Michael Bennet. My hope is they will put Colorado first.” Haaland made no such comments in her public remarks on Friday.

Lamborn said that “Before confirming any director, we must have assurances from the Biden Administration that they will keep the Bureau of Land Management in Grand Junction, where they can better serve the communities they support. Land management decisions are best made by the people who have an innate understanding of the issues that affect these communities.”

Buck noted that the desire to keep the headquarters in Grand Junction is bipartisan within the delegation. "Senators Bennet and Hickenlooper have been strong advocates for this, and I hope they place a hold on Stone-Manning’s nomination in order to keep the Bureau of Land Management’s headquarters there.”

Bennet's office issued a statement in response Tuesday. "Last weekend, Congresswoman Boebert, Senator Hickenlooper, Grand Junction community leaders and I had a productive and collaborative meeting with Secretary Haaland. Together, we made a strong case to keep the BLM in Grand Junction. I am grateful that Secretary Haaland prioritized meeting with the community and listened intently. Over the last four years, BLM has experienced chaos and dysfunction and it has come at great cost to Colorado. With drought and wildfire devastating communities across the West, we cannot waste any more time without a Senate confirmed BLM director."

Last week, the Senate Committee on Energy and Natural Resources, of which Hickenlooper is a member, voted 10-10 to advance Stone-Manning's confirmation to the full Senate. A tie vote means the nomination moves forward. Republican critics have pointed to a 1989 letter then-graduate student Stone-Manning sent to the U.S. Forest Service, warning them of tree-spiking in the Clearwater National Forest in Idaho. Stone-Manning told the Senate committee she was not involved in the tree-spiking incident, which was echoed by the two men convicted in the incident.

The Biden administration has stood by her nomination. While no date has yet been set for a Senate vote, which is likely to be strictly along party lines and will need Vice President Kamala Harris' vote to break the tie and confirm the nomination. The Senate is scheduled to vote on a "discharge petition" later Tuesday to bring the nomination to the floor, and which is tied to the committee vote, and then Senate Majority leader Chuck Schumer will bring up a cloture motion. The vote could take place as early as the end of this week.

This story has been updated to add Sen. Bennet's statement.