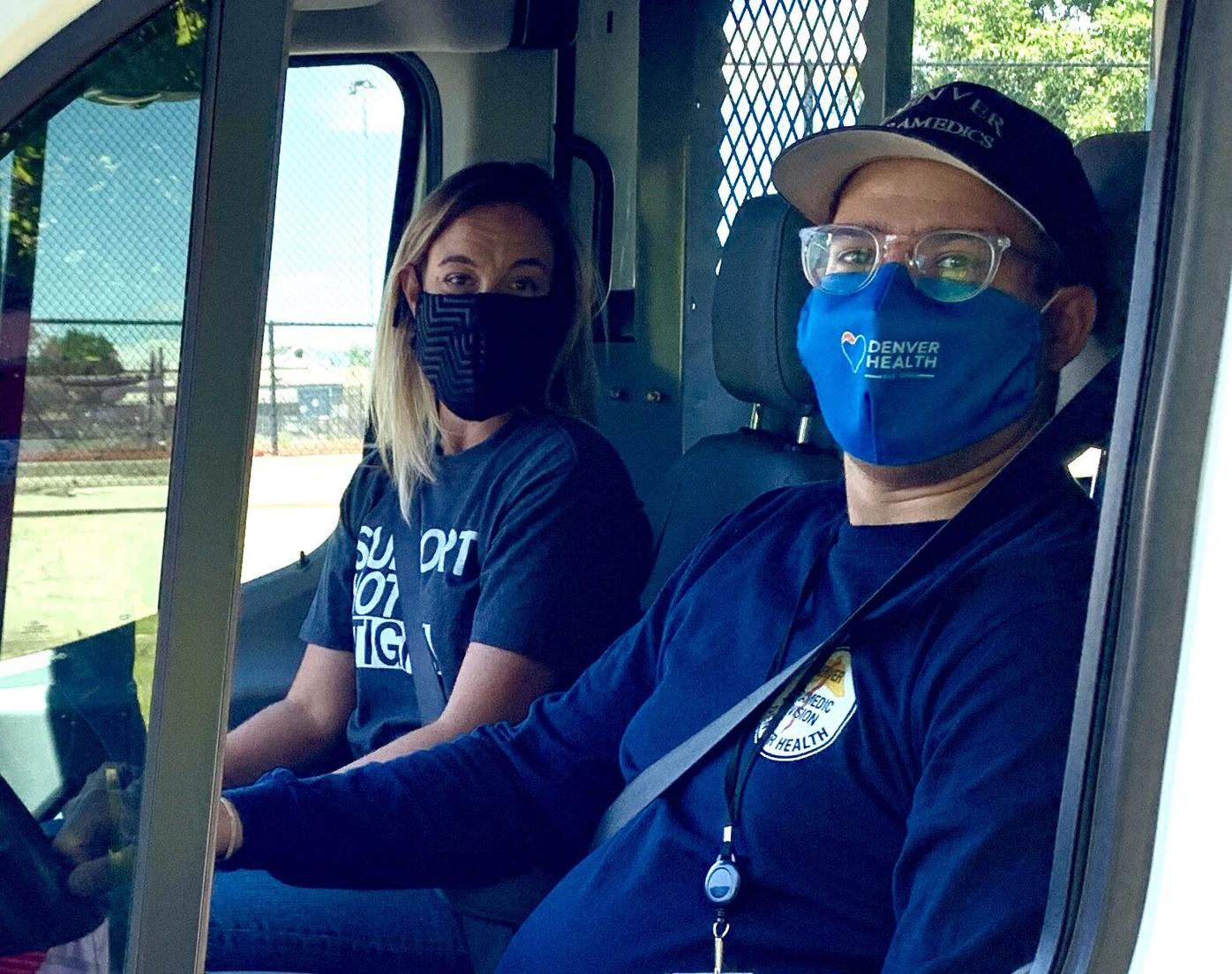 Carleigh Sailon, a clinician with the Mental Health Center of Denver, and Dustin Yancy, a Denver Health paramedic, work as responders for the Support Team Assisted Response program. STAR provides an alternative to police responses to low-level, nonviolent situations, and responders can connect people with long-term crisis services. 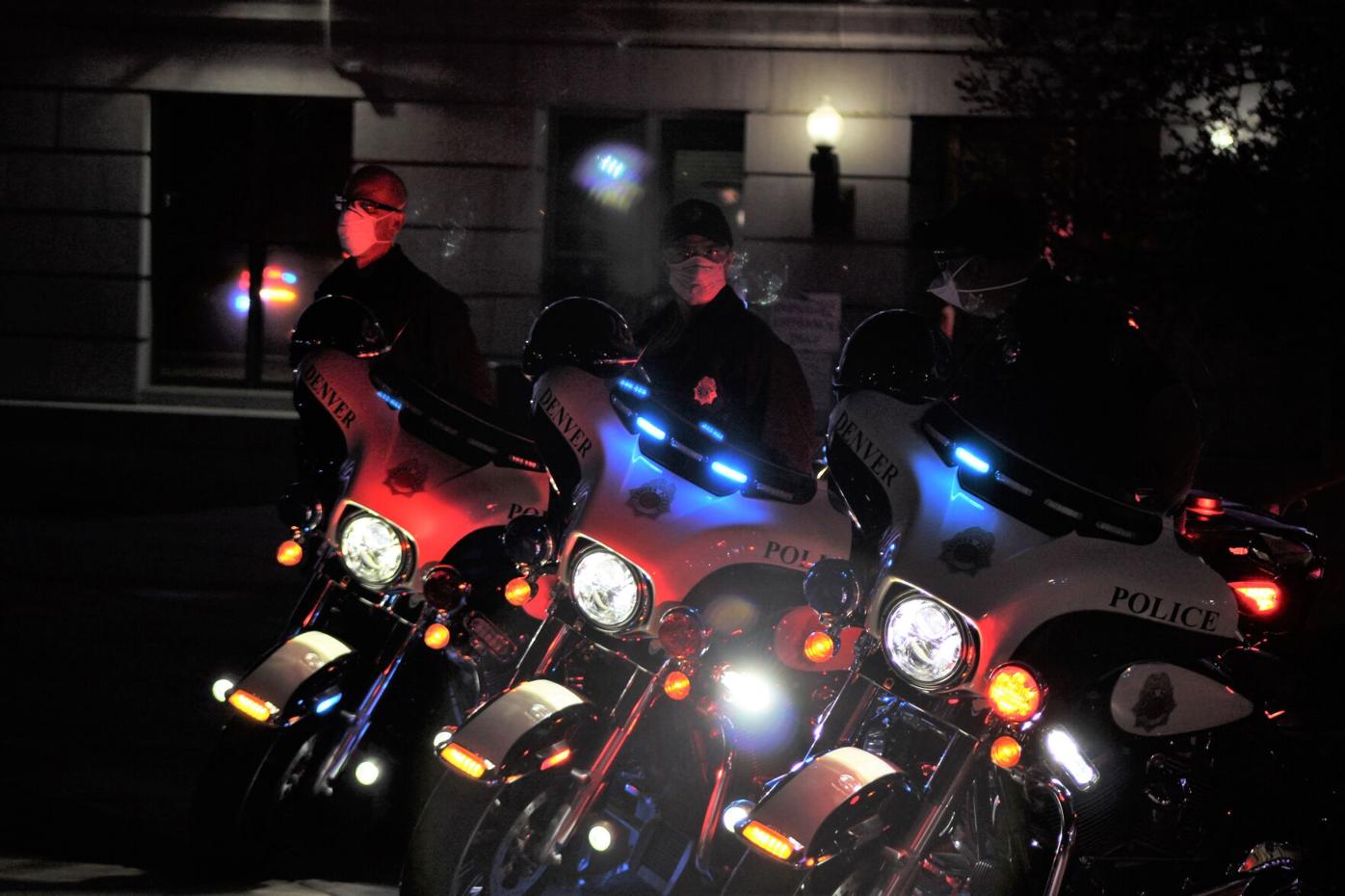 Officers in the Denver Police Department positioned in front of the Denver City and County Building during the April 9 press conference.

Carleigh Sailon, a clinician with the Mental Health Center of Denver, and Dustin Yancy, a Denver Health paramedic, work as responders for the Support Team Assisted Response program. STAR provides an alternative to police responses to low-level, nonviolent situations, and responders can connect people with long-term crisis services.

Officers in the Denver Police Department positioned in front of the Denver City and County Building during the April 9 press conference.

The task force created to make recommendations for overhauling policing and public safety in Denver wants the city to use about $55 million in federal money from the American Rescue Plan Act to fund six of its core priorities.

The task force released 112 recommendations in May. Many of these focus on public safety initiatives that reduce the roles of traditional law enforcement and address historical harms that policing and the criminal legal system may cause communities of color and people living in poverty.

The funding recommendations are “a good road map for utilizing funds that doesn’t involve giving officers more guns, more bullets and more bodies on the streets,” said Dr. Robert Davis, the head of the task force.

Denver will receive $308 million total from the American Rescue Plan Act. The city received $154 million in July, and the second installment will come in 2022.

The task force’s investment recommendations include:

“Each of these investments exactly fit into the mission of the ARP as they simultaneously increase access to public health resources and economic recovery for people most disparately impacted by the pandemic,” says a news release sent Wednesday.

15 months into Denver's STAR program, no calls directed to civilian-led teams have led to arrests

City Council in July approved $1 million in funding, coupled with a request for $1.4 million from the Caring for Denver Foundation, to help expand the STAR program’s operations to seven days a week and respond to calls citywide.

The STAR program pairs paramedics with mental health professionals as response teams for low-level, nonviolent situations instead of sending police officers. The program has garnered widespread support in Denver since it launched in June 2020, and according to a recent presentation to City Council, none of the more than 1,600 calls STAR has responded to have led to arrests or involved a public safety risk that required police.

The program is a complement to – though separate from – the city’s established co-responder program that pairs police officers with mental health clinicians to respond to calls involving people who suffer from mental illness or substance use issues.

“Within the context of additional investment, I don’t think there is a challenge about what to do with the money [for STAR]; how to use the money to serve the public, because the City and County of Denver has demonstrated a sophistication about co-responder programs,” said Dr. Marjorie Lewis, a licensed behavioral health professional who serves as a liaison between the task force and City Council.

A spokesperson for Mayor Michael Hancock said the city will set a process for determining how to spend the second round of American Rescue Plan Act funding closer to when Denver receives the second half of the money in 2022. It likely will include community input for how to use the money, said Mike Strott in an email.

“We welcome any recommendations from the community and community organizations on how to use this funding to support and sustain our recovery from this pandemic,” he said.

Davis recognizes the American Rescue Plan money provides only a temporary funding mechanism, but he believes it would be a valuable stopgap to make time for the city to rethink how it funds public safety long term.

“This buys us time to begin to figure out how to readjust our budget to prioritize those things that are most important,” Davis said.

How many games will the Broncos win during the 2021 season?