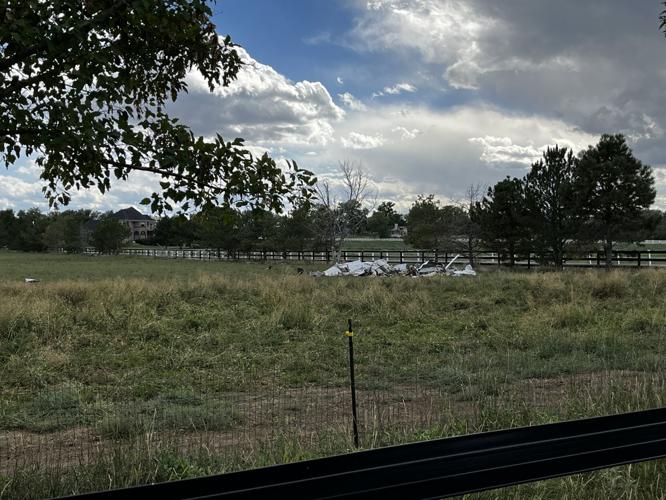 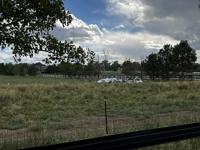 Wreckage of an airplane that crashed south of Longmont. 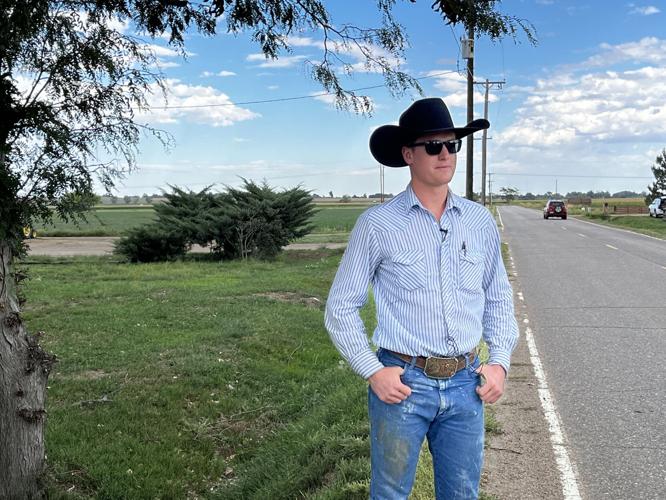 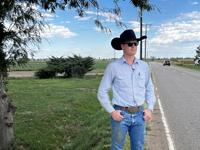 Zane Bishop stands near Niwot Road near where a plane crashed. 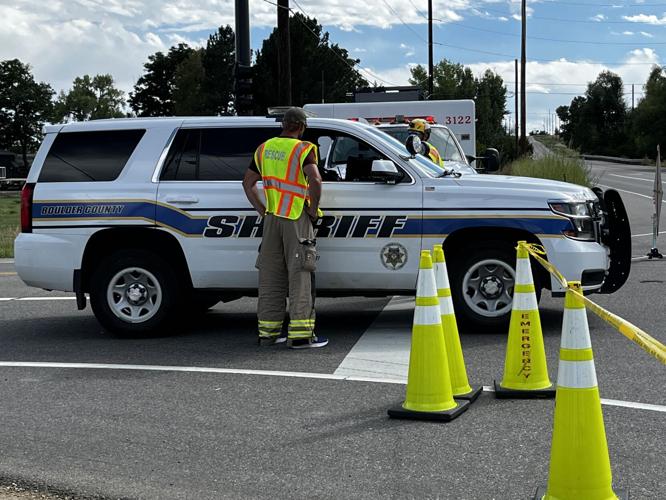 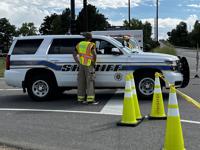 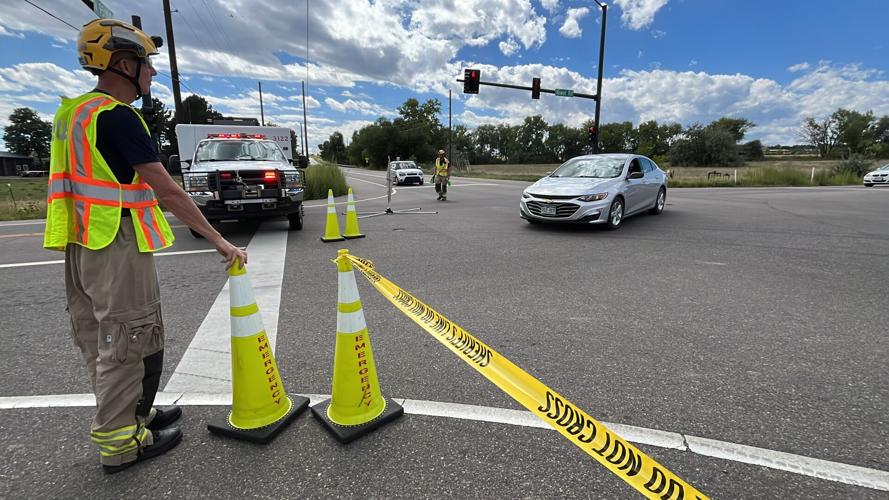 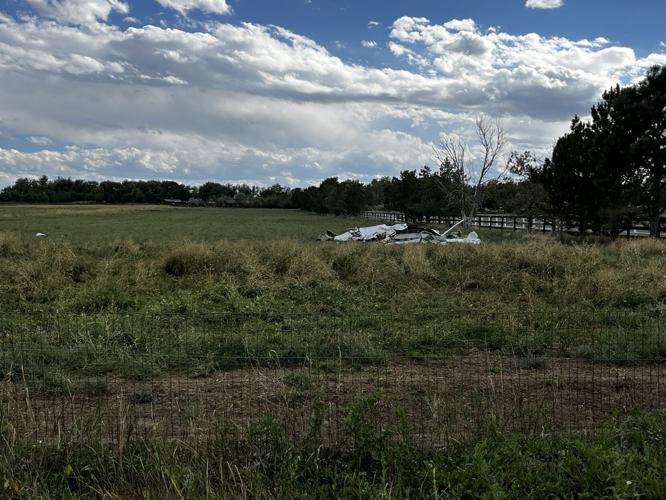 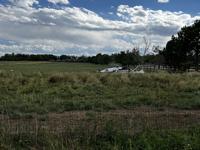 The wreckage of one of the aircraft that crashed. 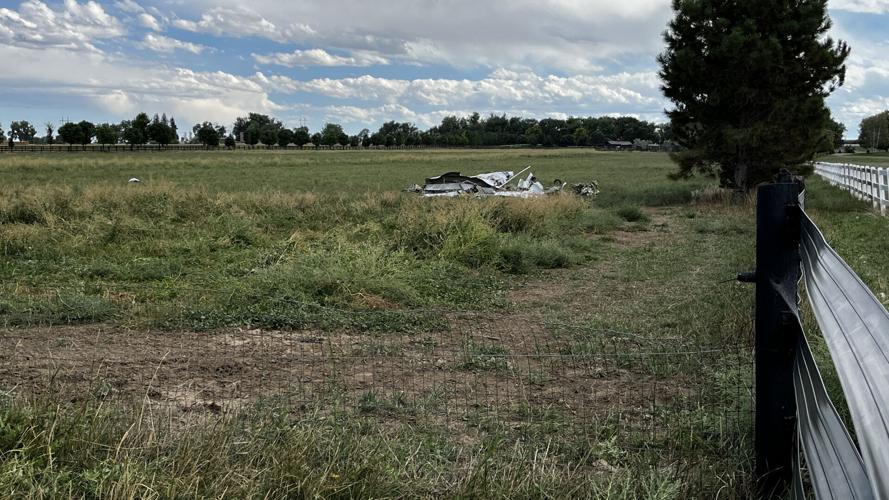 More wreckage of an airplane that crashed near Longmont. 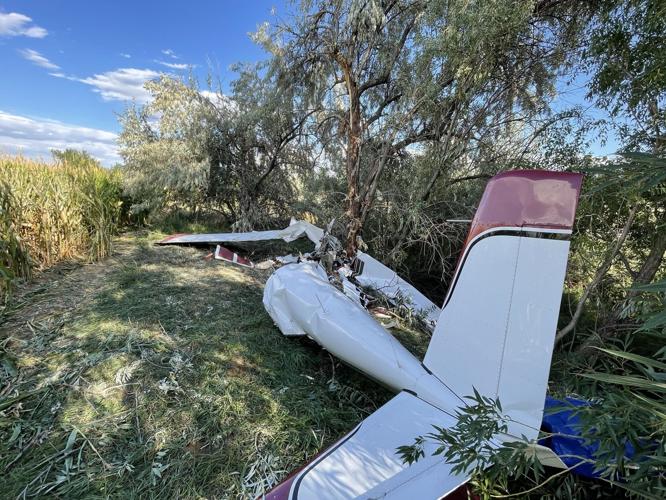 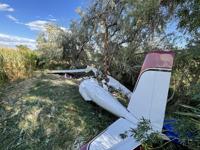 The wreckage of the Sonex aircraft near the Falk family's property. 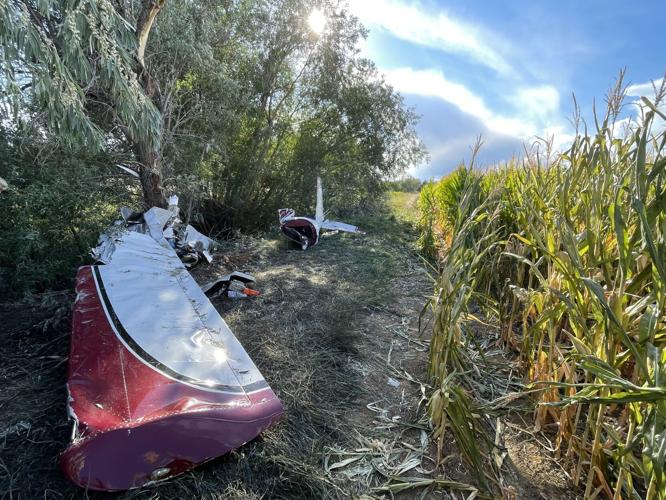 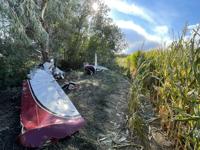 The wing of the Sonex aircraft that crashed near Longmont

Wreckage of an airplane that crashed south of Longmont.

Zane Bishop stands near Niwot Road near where a plane crashed.

The wreckage of one of the aircraft that crashed.

More wreckage of an airplane that crashed near Longmont.

The wreckage of the Sonex aircraft near the Falk family's property.

The wing of the Sonex aircraft that crashed near Longmont

Witnesses said they heard and felt the impact of two small planes as they crashed outside of Longmont.

The three occupants of the planes died as a result of the accident. The National Transportation Safety Board confirmed the aircrafts collided while in mid air just before 9 a.m. and then struck the ground in a rural area about two miles south of Longmont. The names of the victims were not released as of Saturday night.

The two planes involved were a Cessna 172 and a Sonex Xenos. Given the type of aircraft involved the NTSB said they will be taking a close look at the sight-lines available to each pilot. They suspect the midair collision may be the result of the Cessna making a turn and losing track of the second airplane, causing the collision.

"The Cessna made a 360 degree left turn and then began right turn toward the east and about that time the two flight tracks of the aircraft merged, and then both aircraft descended rapidly until impacting a rural area," Mike Folkerts, the NTSB air safety investigator in charge of the investigation, said.

The Cessna has a high wing, that is a wing mounted over the head of the pilot. When a high winged airplane turns, the pilot's vision is blocked because the wing rolls down. While the NTSB doesn't know for sure, Folkerts said they will be investigating the possibility the Cessna lost visual contact with the Sonex aircraft resulting in the collision.

Folkerts said neither plane was equipped with collision avoidance systems, noting they were not required by the Federal Aviation Administration to have such a system in the airspace. The weather "was very good," and visibility was 10 miles with light winds.

"These aircraft did not have a black box. We got the flight data that the Cessna aircraft was transmitting from what's known as ADSB data, automatic dependent surveillance data," Folkerts said. "And that data is what we use to get the flight path for the Cessna 172. The Sonex also had a transponder. So they're both producing data that gave us their accurate flight paths."

Boulder County resident Susan Falk lives near where one of the aircraft crashed and said it fell in a ditch covered by trees. The plane was so concealed that emergency workers could not find it from the ground. A helicopter was called in to assist in the search.

"We heard the noise but didn’t think anything of it since we live on a farm and farming equipment makes a lot of noise," Falk said. "Then the emergency vehicles started to show up."

At first Falk thought the noise was a traffic accident, calling the intersection at Niwot Road and north 95th Street "crazy." But from her property, Falk and her family could see the tail of the Xenos, confirming that the incident was a plane crash.

While first responders were looking for the second plane, Falk said she saw a lot of emergency vehicles stage in the parking lot of the nearby Rocky Mountain Christian Academy.

"We've lived here for 25 years and in that time the only thing we've had to deal with is the occasional hot air balloon landing in our cornfield," she said.

Those controlled landings are a far cry from what happened today. The Falk family extends their deep condolences to families of the three victims of today’s crash.

The area near the crash isn't very densely populated. There are a few houses, but for the most part the land is mostly fields with crops or horses. Zane Bishop, who lives off Niwot road between U.S. 287 and north 95th Street, was working in a nearby field when accident happened.

"When it hit we didn't even realize what it was until we got up here," Bishop said. "I talked to my girlfriend and she's like 'I just saw two planes crash.'"

Claire Brown, Bishop's girlfriend, said watching the accident left her feeling shaky. Brown knew, just by seeing the impacts that nobody would walk away from the wrecks.

"I couldn’t believe that I had witnessed it honestly," she said. "I knew, seeing the planes go down at those speeds, nobody could survive."

Brown didn't witness the collision but said she heard a loud crash up above, which caused her to look up. The planes were "pretty close," but not in contact with one another. Brown said the planes seemed to be under control at first, but then one dipped a wing and began to spiral down into the ground.

She also reported seeing some debris fall from the aircraft as they fell. Brown said she watched the plane closer to Niwot Road.

"I saw it go down. I didn’t see it crash but I heard it," she said. "Then I made a phone call to friend who was closer, just to make sure I wasn’t going crazy."

Her friend said he heard and felt the same things Brown did, confirming for her that she "definitely just saw a plane crash."

Mike Folkerts of the NTSB says the preliminary report on the crash will be released within two weeks of the accident. A more in depth report might take up to 18 months to be released. All reports on this accident will be released on NTSB.gov.

Folkerts also said any witnesses with information on the crash should send their statements to witness@ntsb.gov.

Officials from the Boulder County Sheriff's Office have confirmed that three people are dead, after two small planes collided in mid-air near Niwot on Saturday.