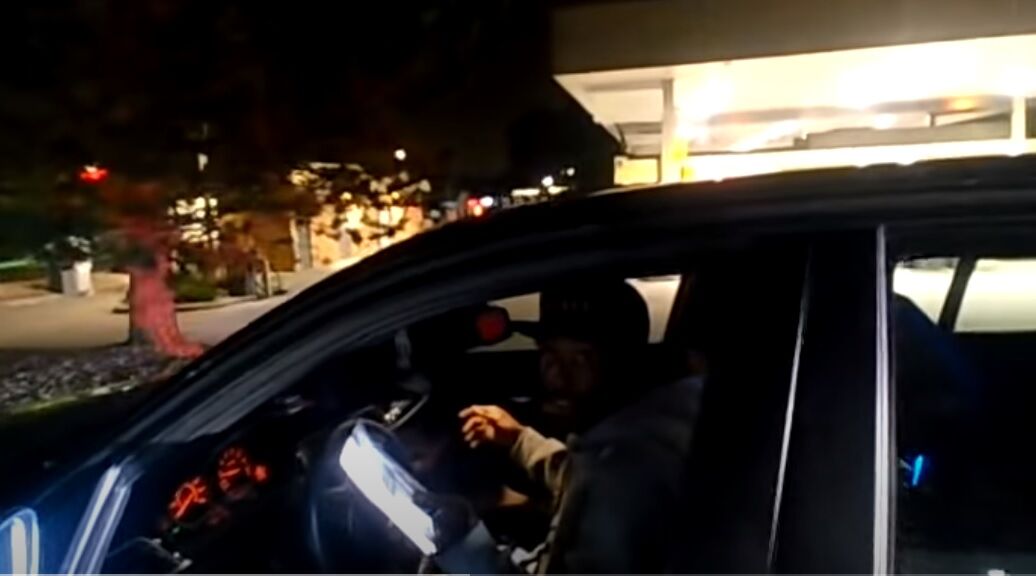 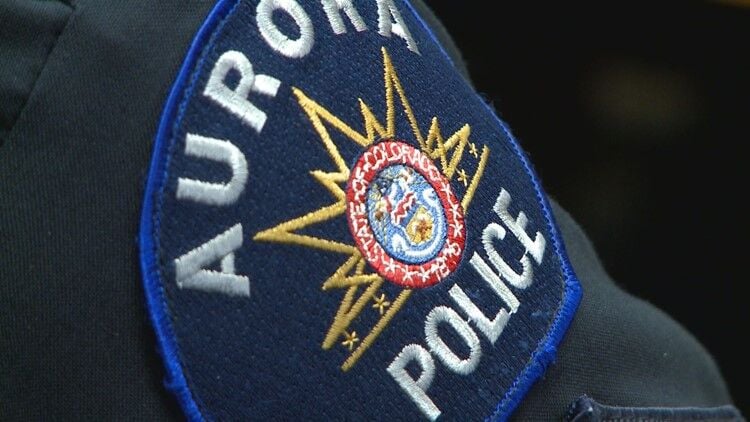 The footage from the camera worn by officer G. Nestor was released Thursday, more than four months after the May 15 traffic stop.

According to a statement from the police department, an internal investigation into the incident was opened after Chief Vanessa Wilson reviewed the tape.

"Chief Wilson recognizes the video is troubling to watch irrespective of the contextual circumstances, which is why, out of an abundance of caution, she made the decision to initiate a full investigation," read a release from the department.

Nestor is on paid administrative leave, according to the department.

The traffic stop occurred at 12:18 a.m. after a driver identified as Preston Nunn, "came into the officers' lane, nearly striking them" while they were conducting a separate stop on East Iliff Avenue near South Buckley Road.

About 30 seconds into the seven-minute video shows Nestor asking Nunn why he pulled him over and asked "What's the law in Colorado when an emergency lights on?"

Just as Nunn is about to respond, Nestor interrupts and says, "Slow down and get over. You actually came into a lane." Nunn replies in an irritated tone, "Did I not have my blinker on?" Nestor then requests his driver's license and registration and says he is going to tow his vehicle.

Footage shows the 25-year-old Black man apologizing for his previous comments and telling the officer, "You're absolutely right," while he begins to dig in his pants for what he says is his drivers license.

At this point, Nestor asks Nunn what he's digging for and points what appears to be a firearm in his direction. He then commands Nunn to "Stop digging, put your hands on your (expletive) face now" and calls for backup.

In the video, Nestor continues yelling at Nunn and a passenger — described as his girlfriend — to put their hands on their face. Nunn is seen with his hands on his face and yells, "I was reaching for my wallet."

Nunn's girlfriend pleads with him to comply with the officers' demands. At this time, Nestor tells the dispatcher, "There is no compliance right now," as Nunn is shown with his hands on his face.

Another officer can be heard yelling "Get down" and Nestor echoes his command. During this time, you cannot see Nunn; however, two officers are shown sprinting toward him and one officer tackles Nunn, while he says, "Cause I got my license."

At least three officers, including Nestor, then tussle with Nunn, who is heard saying, "I got my license and registration." Officers command Nunn to give them his hands and he says no, which leads Nestor to pull out and use his electroshock weapon.

Nunn continues to yell in distress, "I got my license and registration and I'm suing all y'all. You have no right."

Footage shows once Nunn is in handcuffs, Nestor confirms they need medical attention and is seen walking around three or four other officers and taking several deep breaths.

Nestor and the other officers acknowledge Nunn is bleeding from his nose and has a cut on his head. Nunn continues to say, "This is so crazy. I didn't do anything wrong."

After Nunn asked officers why they were aggressive with him, Nestor can be heard saying, "You just about got shot."

Nunn yells, "You should've shot me then!" Where Nunn replies, "I know, I'm glad I didn't."

The incident was previously reviewed by the Force Review Board and determined Nestor should receive additional training on de-escalation, communication and other tactical skills, according to the statement.

Nunn was cited for several charges in the incident including obstructing, resisting arrest, having an open container, failure to obey an order and failure to yield right of way to an emergency vehicle, according to the department.

Members of two unions representing Aurora police officers have signaled they don’t have confidence in their chief’s leadership, according to r…