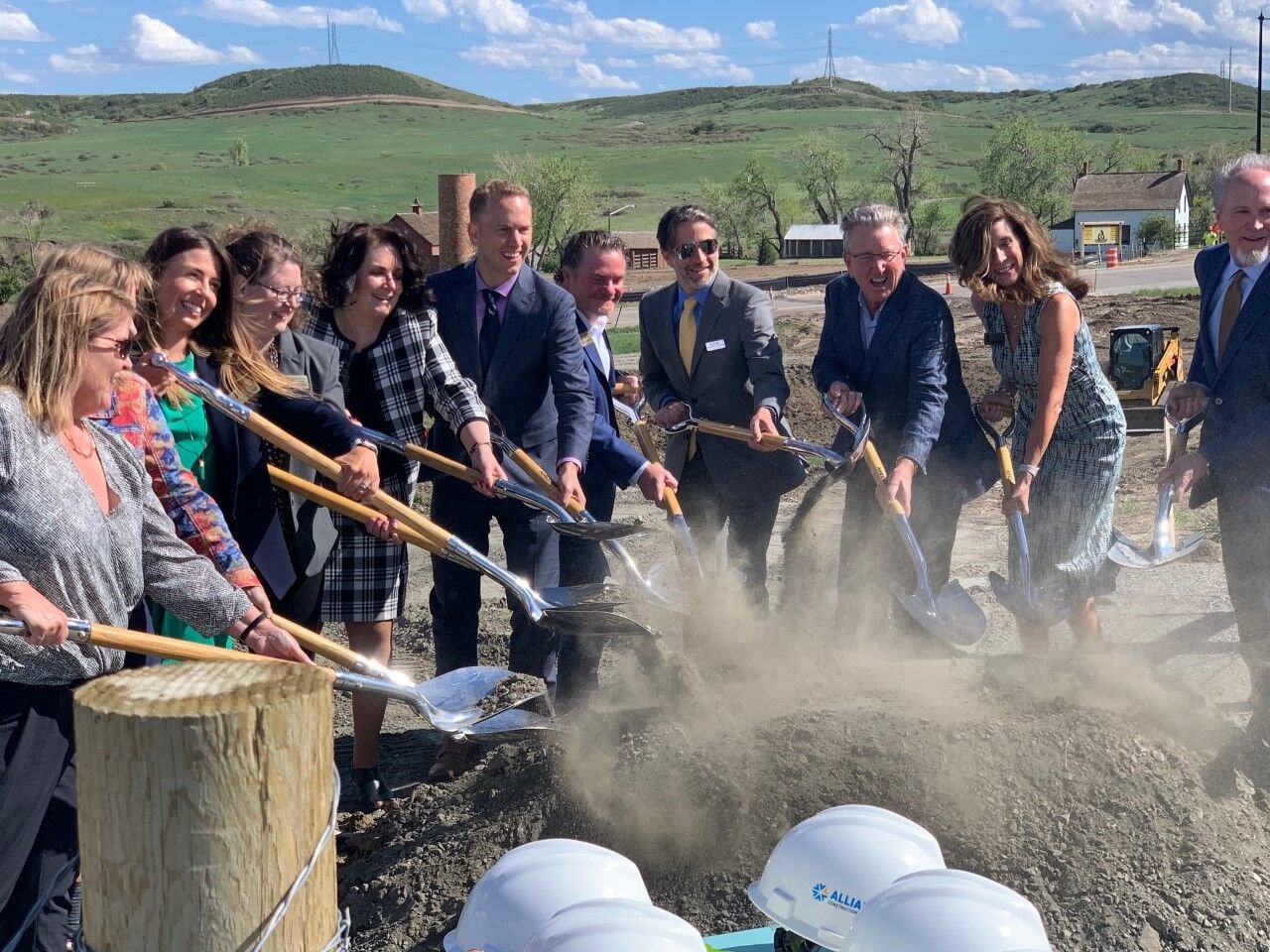 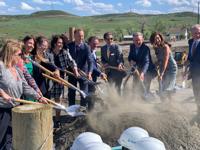 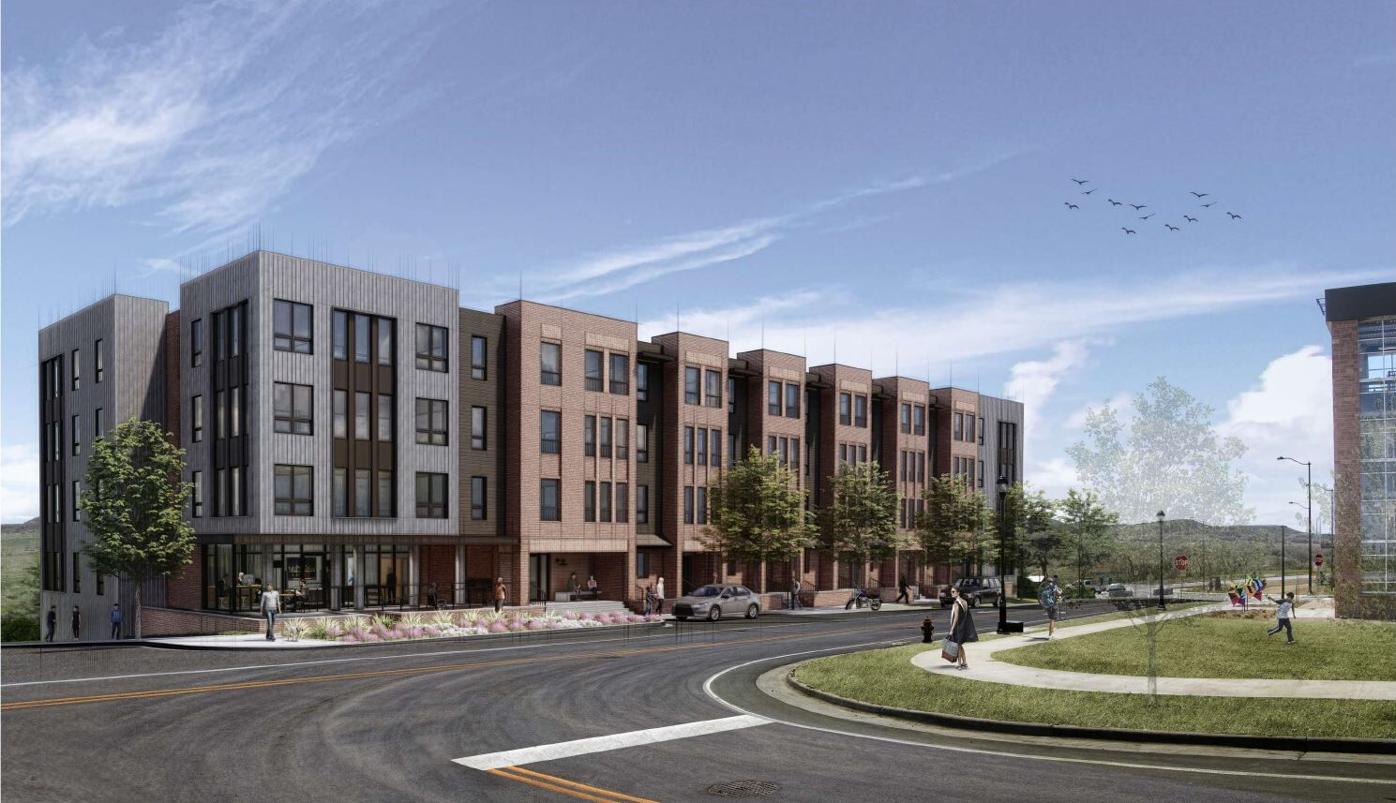 A rendering of the affordable apartment complex in the Ridgegate development in Lone Tree, adjacent to RTD's Ridgegate light rail statation.

A rendering of the affordable apartment complex in the Ridgegate development in Lone Tree, adjacent to RTD's Ridgegate light rail statation.

Most who know metro Denver know “affordable housing” and “Lone Tree” have rarely appeared in the same sentence together.

Koelbel and Company and Coventry Development Corp. changed that Tuesday as officials broke ground for a 67-unit multifamily property that will be the first affordable housing project in Lone Tree.

It’s east of the Regional Transportation District’s Ridgegate Station, on the southeast corner of Interstate 25 and Ridgegate Parkway.

It's also the first apartments being built on the east side of I-25 in Ridgegate, but not the last as construction has begun in earnest there.

With the “beep beep” of bulldozers and earthmovers east of the project site -- getting ready for new single-family residential homes -- elected officials and company representatives celebrated the development, which is expected to welcome residents in 15 months.

“The seed of an idea for affordable housing was planted 21 years ago for Ridgegate,” said Keith Simon, executive vice president and director of development for Coventry.

“That’s when we presented our vision. The detailed plans for development on the east side came three years ago. We’re going to do a minimum of 350 units. … It’s an essential element for sustainability and growth.”

Coventry is the master developer. Simon credited RTD for extending the light rail down to Ridgegate.

“Everyone likes to talk about T.O.D. -- transit-oriented development,” Simon said. “I would talk D.O.T -- development oriented transit. We painted a vision for RTD about this compact community that would need transit accessible to support it.”

Lone Tree Mayor Jackie Millet added: “We could not have asked for a better project to come to Lone Tree. Our vision to complete the community is housing for everyone. It’s an important piece of that overall puzzle.”

“The two complaints I hear most from residents are traffic and the cost of housing,” Millet said. “You all confronted both as you walked in today.”

“We are thrilled we have the opportunity to bring to market much-needed affordable housing opportunities to residents in this high-need area of Lone Tree,” said Carl Koelbel, chief operating officer.

Koelbel applied for, and received, a highly competitive Colorado Housing and Finance Authority award to help fund the project. Construction lending was provided by Wells Fargo.

Rents will be adjusted for tenants who qualify, from 30% to 80% of the area median income. That could be about $500 a month for a one-bedroom or about $1,300 for two-bedroom units, depending on the tenants' income.

“There’s no market risk. As we know the units will be 100% occupied and there will probably be 30 to 40 people on a waiting list,” Koelbel said.

The city of Lone Tree supported the construction by waiving the building permit fee, he said.

Alliance Construction is the general contractor for the development, which will include a fitness center, community room and onsite leasing.

It also has one parking space per unit, as opposed to one per bedroom as most multifamily developments not near transit would have.

“This is an important day for Lone Tree,” Koelbel said. “Yes, these are the first affordable units in Lone Tree. But we know they won’t be the last.”