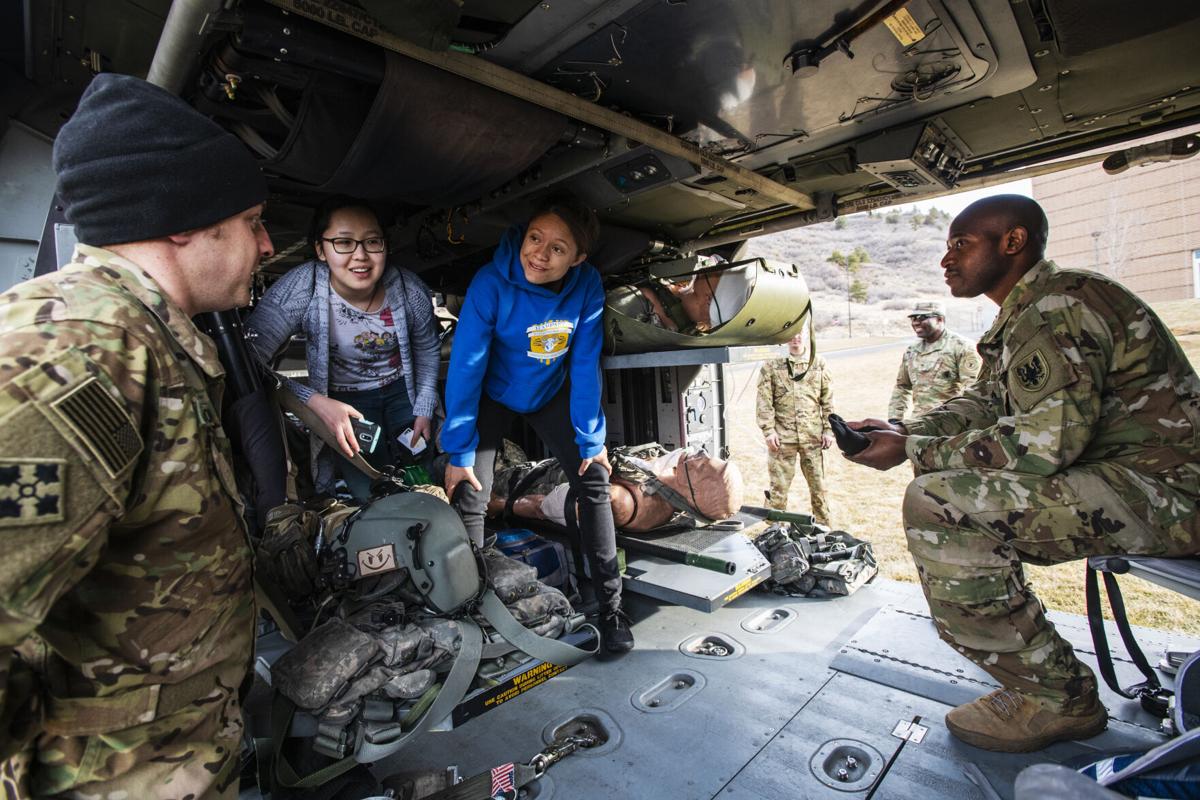 Army recruiters answer questions and talk to potential recruits and current UCCS students at the University of Colorado in Colorado Springs in 2019. (Photo by Kelsey Brunner/The Gazette) 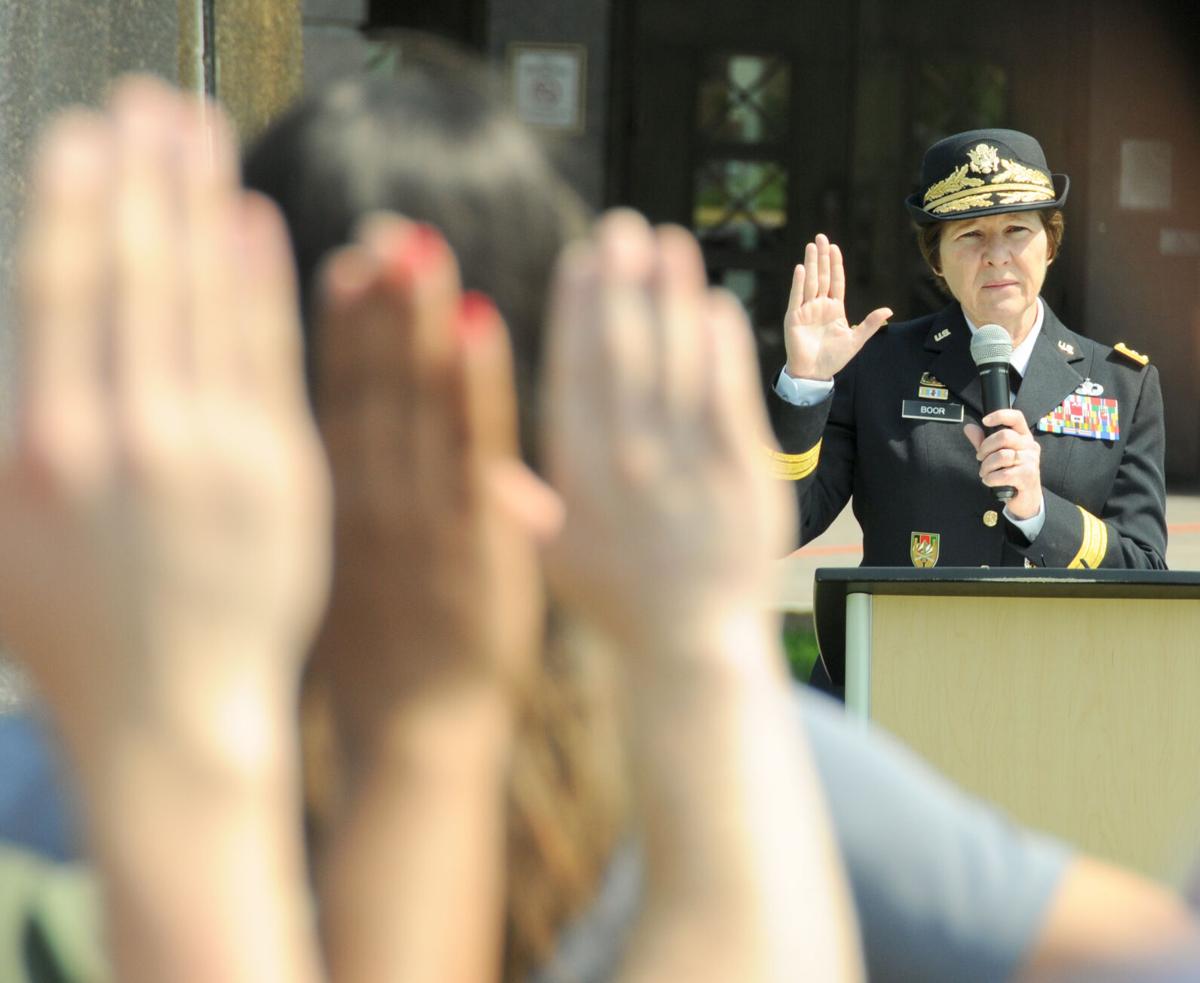 Army recruiters answer questions and talk to potential recruits and current UCCS students at the University of Colorado in Colorado Springs in 2019. (Photo by Kelsey Brunner/The Gazette)

The military has long complained that more than 70% of the nation’s youth aren't fit for military service because they are overweight, undereducated and have criminal records.

Now, with online schooling, fewer sports and no recess, all those issues have been exacerbated, said retired Maj. Gen. Mason Whitney, former head of the Colorado National Guard.

Whitney is a member of the Mission Readiness group that is pushing for better nutrition, more exercise and learning opportunities for children as a way to boost national security.

"Coronavirus has been a huge hit for everybody," said Whitney, who led Colorado's Guard for seven years before retiring in 2007.

One of the biggest impacts, he said, is that kids aren't getting regular access to school food programs and are instead relying on cheap, sugar-filled fallbacks and calorie-heavy fast foods.

"The fact that they don't have access to the kinds of nutritious food they need to get, that creates a situation for us because of the bad economy right now," he said. "That's a big piece of it."

Mission Readiness, which includes a galaxy of retired generals and admirals, has pushed for a decade to help children get more exercise, more healthy food and better choices that keep them in the classroom and out of handcuffs.

Whitney said having overweight, undereducated children with thick criminal records poses a serious problem for national security, because fewer American youth will be able to serve once they turn 18.

Kids raised in Colorado have a tiny leg up, despite coming from a place long known as America's fittest state. Despite all those healthy adults, just 30 percent of Colorado teens meet military induction standards, compared to 29 percent nationwide.

The military in recent years has pledged to keep its tough recruiting standards for physical fitness, mental acuity and criminal behavior, despite failing to meet all Pentagon goals for bringing in new troops.

The reason for those tough goals was demonstrated in the mid-2000s, when the Army dropped standards to fill its ranks at the height of wars in Iraq and Afghanistan. When standards fell, misconduct, drug use and mental health issues in the ranks rose quickly, Army studies have shown.

But with pandemic-driven online learning keeping more Colorado kids on their couches and social distancing scuttling physical activity from gym class to team sports, Whitney and others fear that the military could face a recruiting crisis.

"If we don't pay attention to these things, we will wind up with fewer and fewer of our young people eligible for military service," he said.

Whitney wants parents to step up where schools cannot amid coronavirus, monitoring behavior and studies while making sure children are properly fed and get plenty of exercise and sleep.

"We want kids to stay in school, stay fit and stay out of trouble," he said.

That's toughest for a group of children the military is most likely to offer a path to the middle class.

Children raised in poverty are more likely to struggle to meet military standards, and, with pandemic-driven unemployment hitting poor families the hardest, the situation is likely to worsen, Whitney warned.

The military pulls recruits out of poverty: An Army private 1st class with two years in uniform knocks down a compensation package nearing $50,000 along with benefits that will cover a college education.

The National Guard, Whitney said, comes with less money for new part-time, but other big benefits.

"It is an opportunity for kids to get free tuition to a state school, get their college degree and go on to do something better," Whitney said.

But if they can't get past the recruiter, that opportunity is lost.

"It is something we have to pay attention to," Whitney said. "If we don't start working on the programs right now, we're going to wind up with a real readiness crisis."