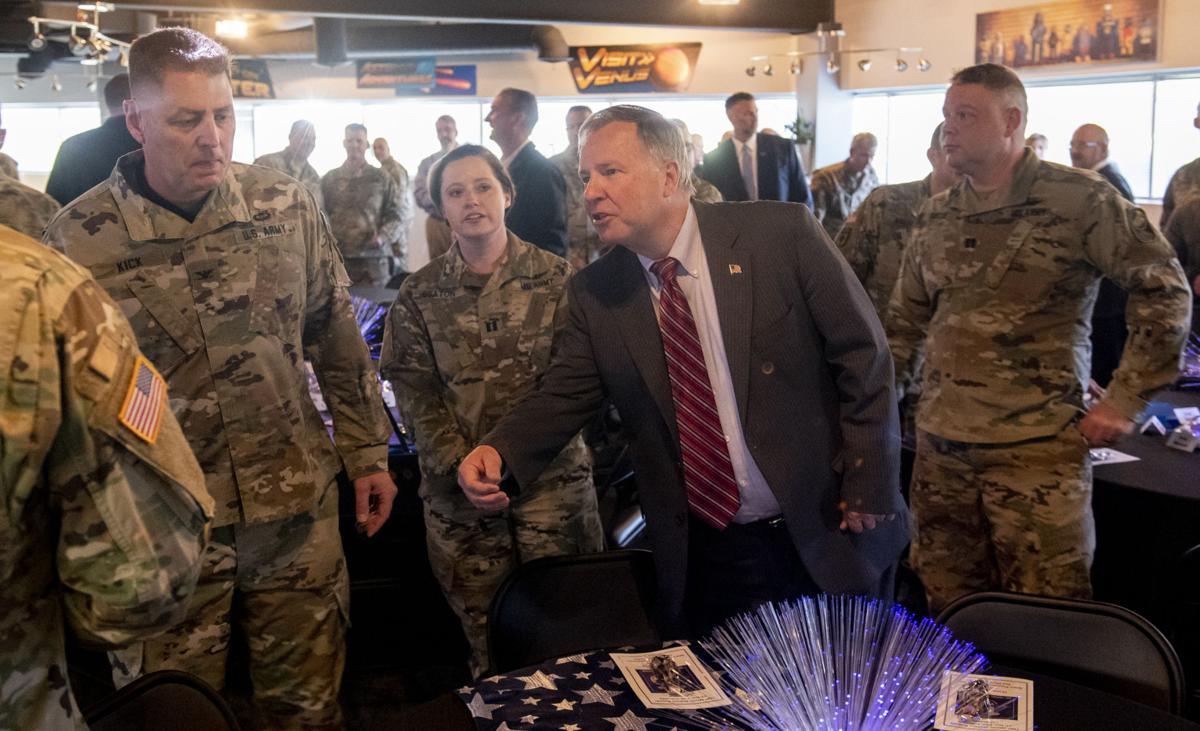 Republican U.S. Rep. Doug Lamborn reaches to shake hands with the members of the 100th Missile Defense Brigade as they celebrated the unit’s 15th anniversary at the Space Foundation Headquarters and Discovery Center in October 2018 in Colorado Springs. 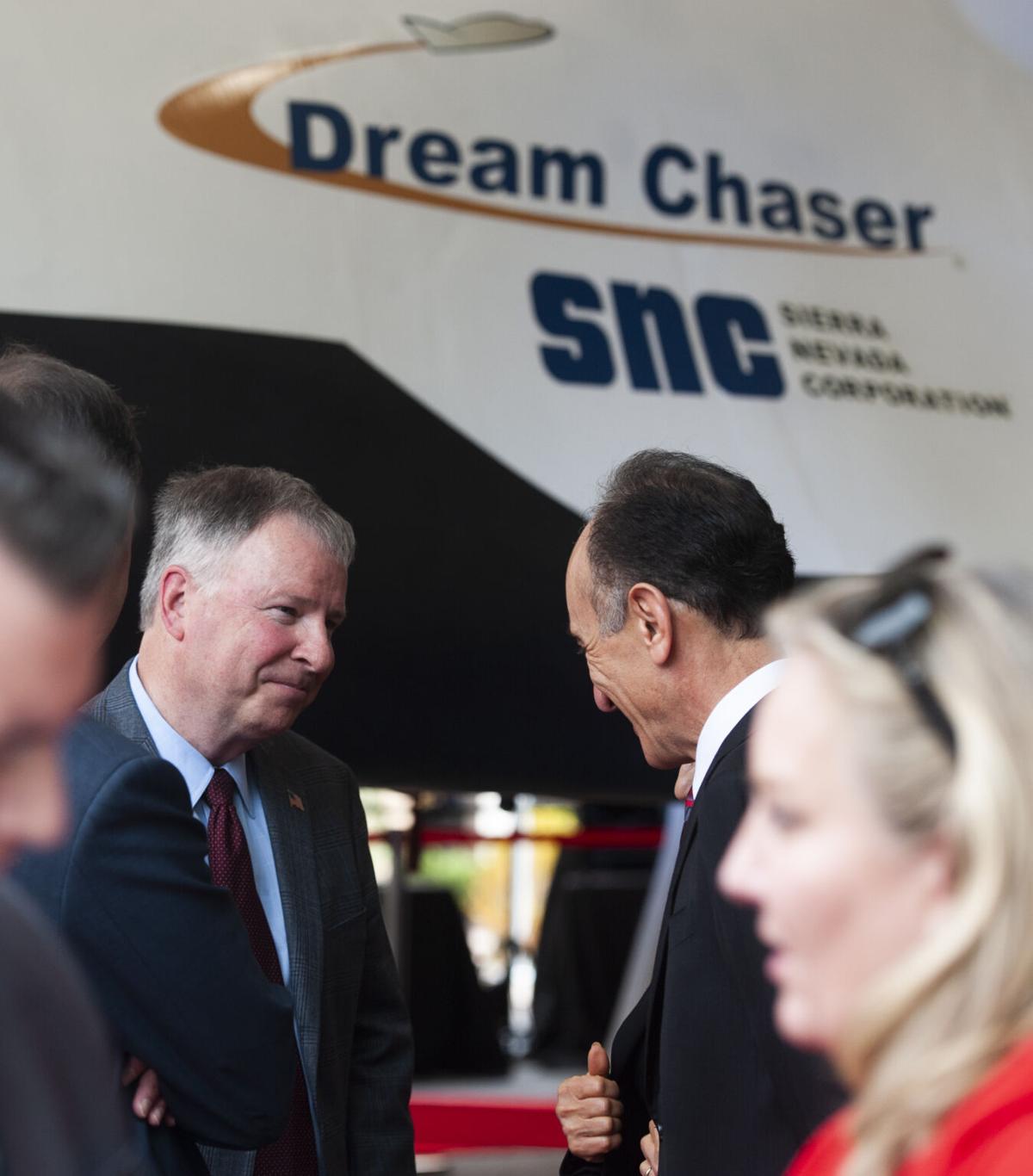 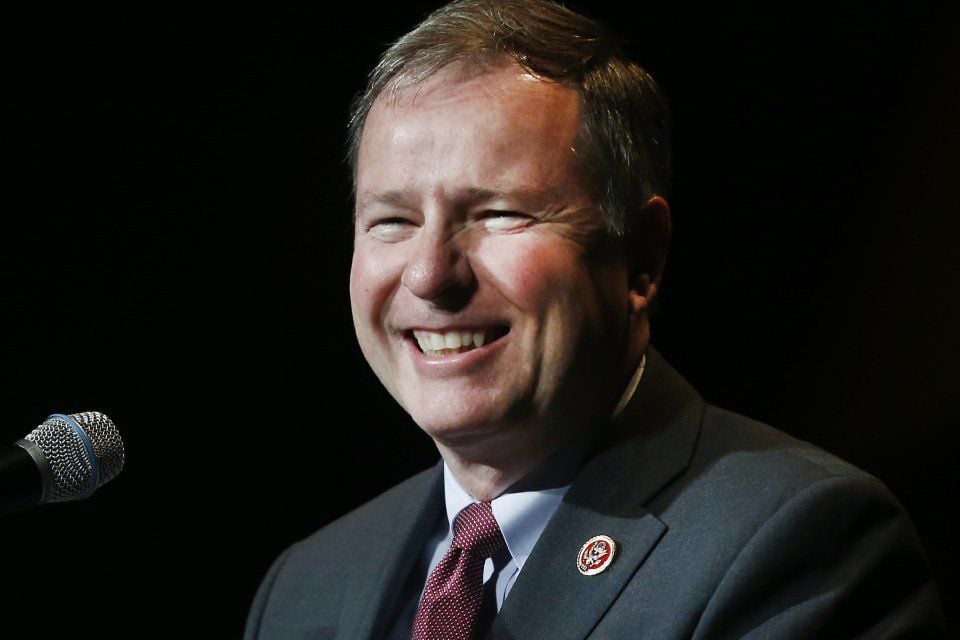 Republican U.S. Rep. Doug Lamborn reaches to shake hands with the members of the 100th Missile Defense Brigade as they celebrated the unit’s 15th anniversary at the Space Foundation Headquarters and Discovery Center in October 2018 in Colorado Springs.

The winds of politics whipped through Congress and the White House this month, but Colorado Springs Republican U.S. Rep. Doug Lamborn stayed on a steady course.

Reelected with more than 55 percent of the vote, Lamborn climbed the House Armed Services Committee ladder by several rungs, becoming the No. 4 Republican on the panel and likely landing him a key subcommittee post. Lamborn has been gunning to become the top Republican on the panel overseeing space, missile defense and nuclear weapons.

Getting to the Strategic Forces Subcommittee has required years of work for Lamborn, who founded the House’s caucuses on space and missile defense along the way.

“Because of my seniority, I can create opportunities that would not otherwise be there,”’ Lamborn said. “I will have a seat at the table.”

One thing is clear: Pressure is building to cut the Pentagon’s budget. With the national debt piling up at an alarming rate and a Democrat coming to the White House, some Senate Republicans have returned to fiscal conservatism that took a four-year hiatus under President Donald Trump.

With $2 billion a day in Defense Department spending, the Pentagon is the most attractive target for budget cuts, representing more than half of the federal government’s discretionary budget.

Lamborn said Colorado Springs is well-positioned amid all the talk of belt-tightening. That’s because one area that’s likely to grow rather than shrink, even in austere budget times, is the new Space Force.

While the Army has the biggest footprint in Colorado Springs with more than 25,000 troops, military space makes up the bulk of defense contracting across the state.

Rocket makers and satellite builders, along with companies offering direct support to the Space Force on Schriever and Buckley Air Force bases, account for the vast majority of Colorado’s $15 billion aerospace economy.

“It makes it that much more critical that we are well positioned and recognized to keep that funding,’ Lamborn said.

Colorado is the provisional home of the command that oversees military operations in space  amid a nationwide competition to house it. But tighter budgets mean the money to move it, including billions of dollars in construction money on top of other costs, is drying up quickly.

If the Air Force is pinching pennies, U.S. Space Command will stay put.

And if Lamborn lands on the subcommittee overseeing space, he'll gain more leverage that could cement Colorado’s role in the future.

Now, Lamborn is looking for help. Colorado hasn’t had a seat on the Senate Armed Services Committee in more than a decade. He wants Sen. Michael Bennet or the newly elected John Hickenlooper to change that.