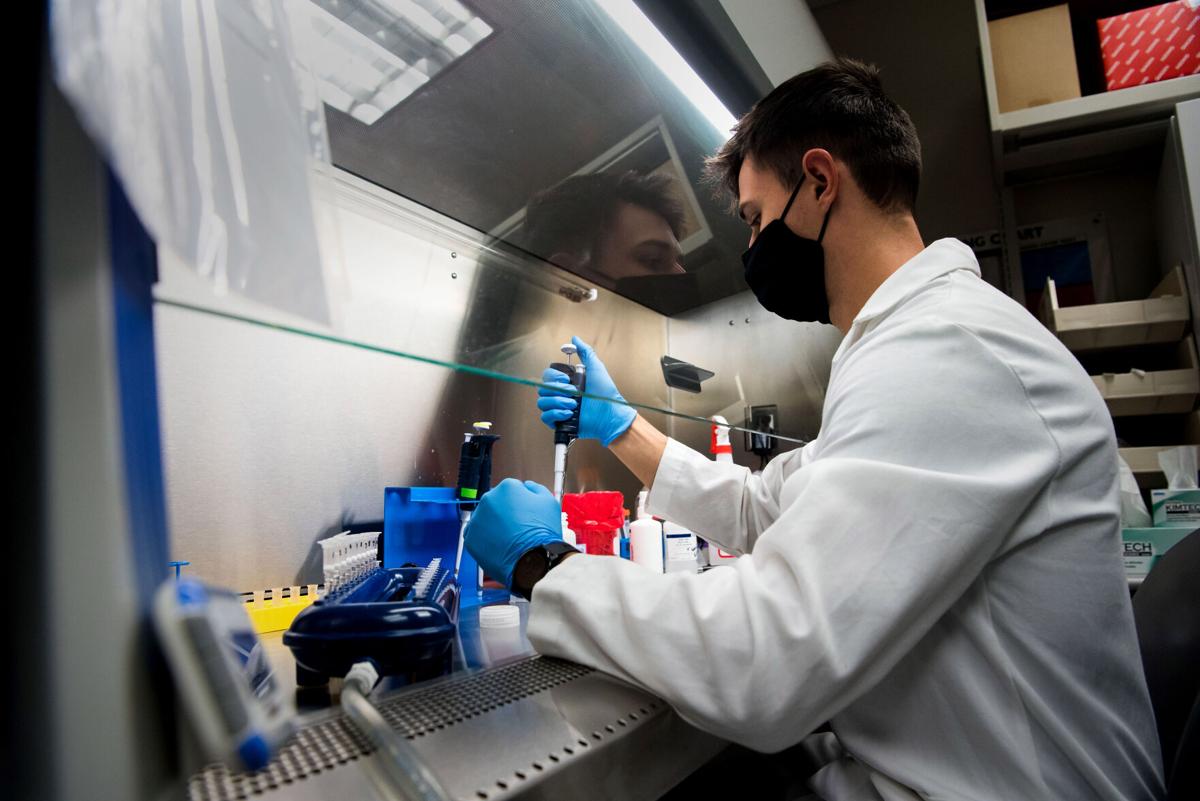 The Air Force Academy runs as many as 200 coronavirus tests a day as part of an effort to quell the pandemic. 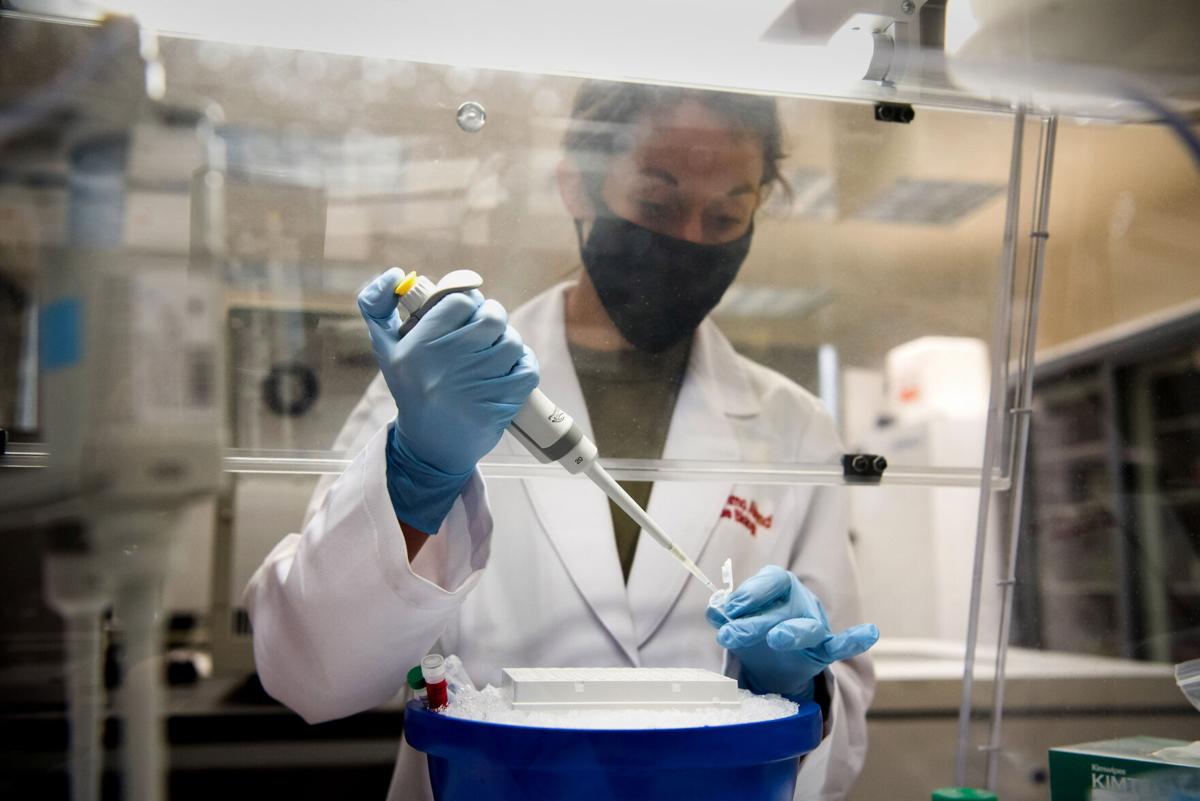 Samples of coronavirus are tested in academy laboratories that are usually used to teach science classes. 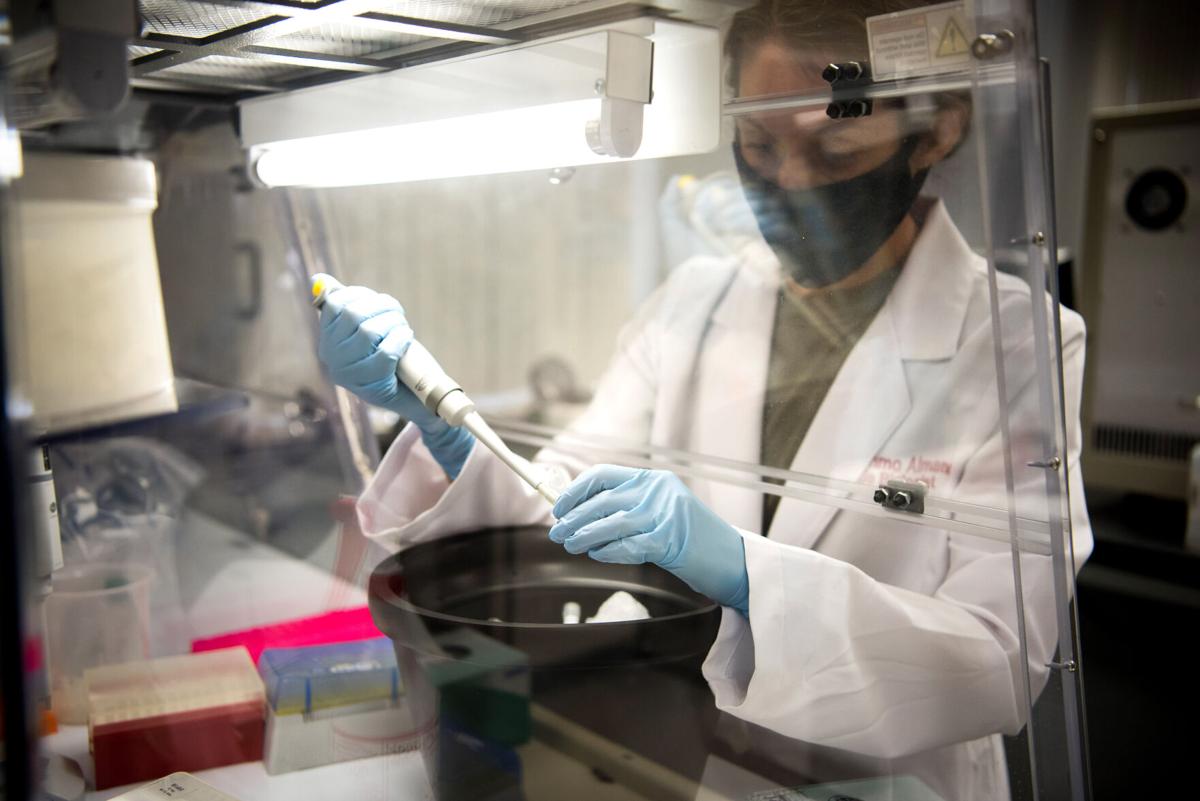 The Air Force Academy runs as many as 200 coronavirus tests a day as part of an effort to quell the pandemic.

Samples of coronavirus are tested in academy laboratories that are usually used to teach science classes.

Coronavirus in most places is seen as a health problem, with physicians racing to treat the sick as researchers wrestle with finding a vaccine to halt its spread.

But the Air Force Academy has attacked the virus with a new weapon: mathematics.

A team of mathematicians and science experts has broken the spread of the virus into a series of equations that have helped leaders determine who gets tested, how often tests are run and how well social distancing and other measures limit outbreaks.

And in a victory for accountants, scientists and engineers everywhere, the math geeks are winning.

“It turns out that there are a set of differential equations that govern the spread of diseases,” explained Col. Doug Wickert, head of aeronautics at the academy and leader of the Pandemic Math Team, the Special Forces-style academic squad that's tackling the virus.

Solving those problems in favor of the academy means the final answer is a fraction, one that denotes that every person at the school who contracts coronavirus spreads it to less than one person. With as many as 200 nasal swabs a day, batch tests run in the school’s laboratories, it appears the homegrown solution is passing the test so far.

The academy will forever remember March 13, 2020, when leaders decided to upend the school year and send most cadets home in a bid to slow the spread of the virus. That’s also the day that drove the formation of Wickert’s team.

The academy is well-positioned to use math and science expertise to take on the virus. Known for its four-year grueling curriculum, the academy draws some of the nation’s smartest college students and runs them through a program that’s focused on learning by doing. Professors at the school run the nation’s most well-regarded undergraduate research programs by harnessing the faculty’s brain power and the creativity of the cadets.

The school’s biology and chemistry departments had the skills needed to identify coronavirus samples and leaders there focused on how to best run the tests.

The math wizards hunted around for the right equation, finding one model at the University of Washington and modifying it to fit the military school.

“All the math modeling was easy," Wickert said. "If it weren’t for the biologists doing the testing, it would be a bunch of numbers.”

But testing is a persistent problem in the world of the coronavirus. Results from traditional testing can take days or worse. Tests have been in short supply and the demand for the chemicals involved, called reagents, is sky-high.

"We do about 800 tests a week spread over the course of four days," explained Lt. Col. Erin Almand, who is spending long hours in the lab running the tests.

Groups of 200 cadets, faculty and staff are pulled in for nasal swabs. But those swabs are carefully grouped together.

"Instead of doing 200 individual tests we do about 25 tests," Almand said.

If a positive result pops up, eight people are sent for medical checks and more precise testing. If the result is negative, all eight are in the clear.

But just doing a bunch of tests wouldn't get the desired result.

The tests must be carefully targeted, yet random enough to give the school protection.

"We try to pick a random sample taking some of the information we have about the cadet wing," said Lt. Col. Chris Cullenbine, who generates the lists of testing subjects.

Understanding the academy is a key component of what makes the math work. Algorithms examine which cadets share classrooms and dorm rooms. A social map of the academy has been developed that combines the art of contact tracing with the skills airmen use to track enemies on the battlefield.

There are some basic assumptions involved: If a cadet has the virus, whoever is sharing their dorm room is probably sick, too.

"By not picking roommates we get more information for free," Cullenbine said.

The academy has studied outbreaks on Navy ships to come up with ideas. They also took a hard look at a messy problem the school faced last November: the norovirus outbreak that felled much of the cadet wing.

It's not just the academy's officers who are taking part in the battle.

Cadets have lined up to help. At Air Force, most of the science that takes place relies on cadets to run the experiments, and coronavirus is little different.

Before and after classes and during breaks during the day, cadets are helping out in the labs. "There are 20 cadets helping us now," Almand said.

The academy staff is pitching in, too, with a dozen chemists and microbiologists running the tests.

Making sure all that work has any impact means stopping the path of infection.

The academy has cleared out whole dormitory floors to house those afflicted with the virus in quarantine. The school rented hotel rooms around northern Colorado Springs to house healthy cadets so there would be extra room to care for the sick.

But like most young people, all but a few of those who contract it show little sign of illness.

That's why the testing is so important in stopping the spread — most of those who could sicken others don't know they are infected.

And, so far, the testing is changing the math.

The Pentagon has demanded regular briefings and the Air Force is rolling out similar programs around the world to slow the virus at its bases. The academy is answering questions for the West Wing and city halls all over the country.

What the math wizards and scientists found may be the kind of answer America needs.

The academy's transmission rate is a fraction. The military won't release the exact fraction or say how many cadets have been sickened. But a fraction is a significant number here.

If the spread rate is a whole number, take two for example, the disease is growing. At a two, the number of infected people would double, and double again. It's the kind of number the word pandemic was built for.

But the fraction is something different. It means the virus is burning out, without new victims to infect.

In academy terms, it's a fizzle number and the happy result of a fizzle equation.

"The fizzle equation gives you the number of tests you have to do to ensure an outbreak fizzles before it gets going," Wickert explained.

Suicides rose in 2019 across the military, and the Pentagon has sounded a familiar theme: Leaders don’t know why.