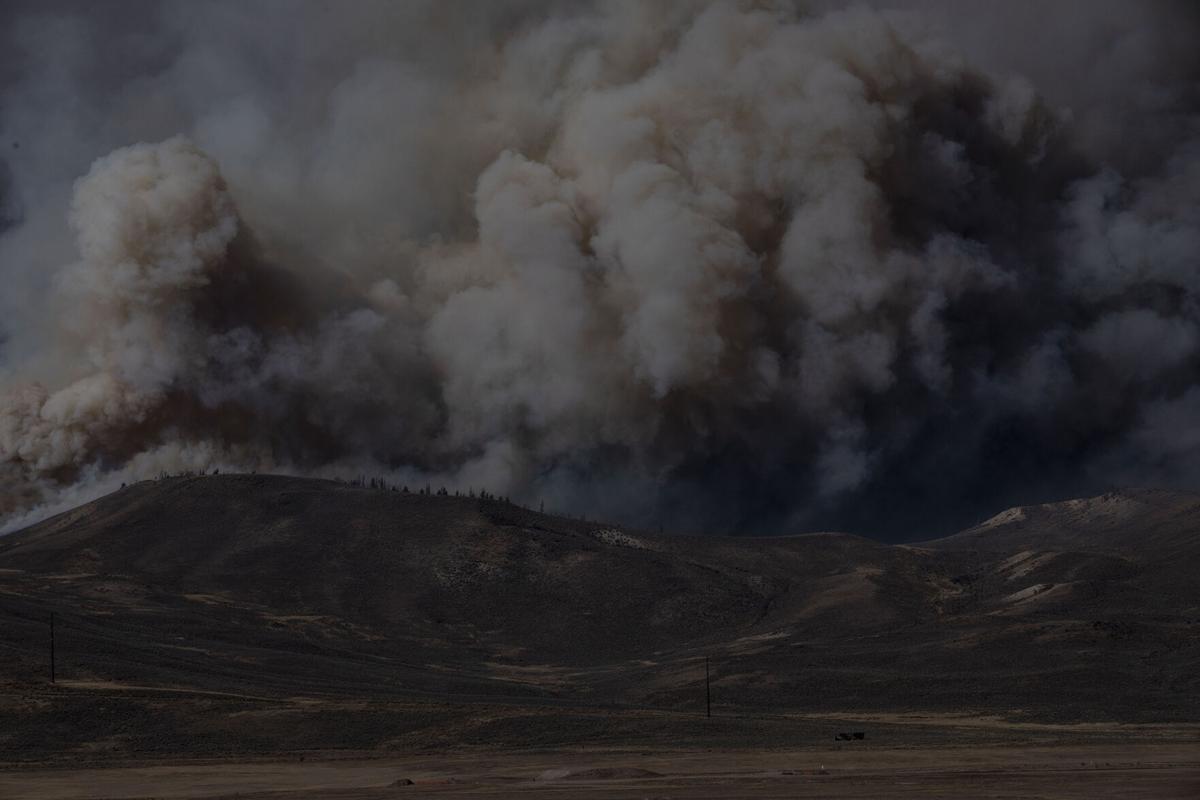 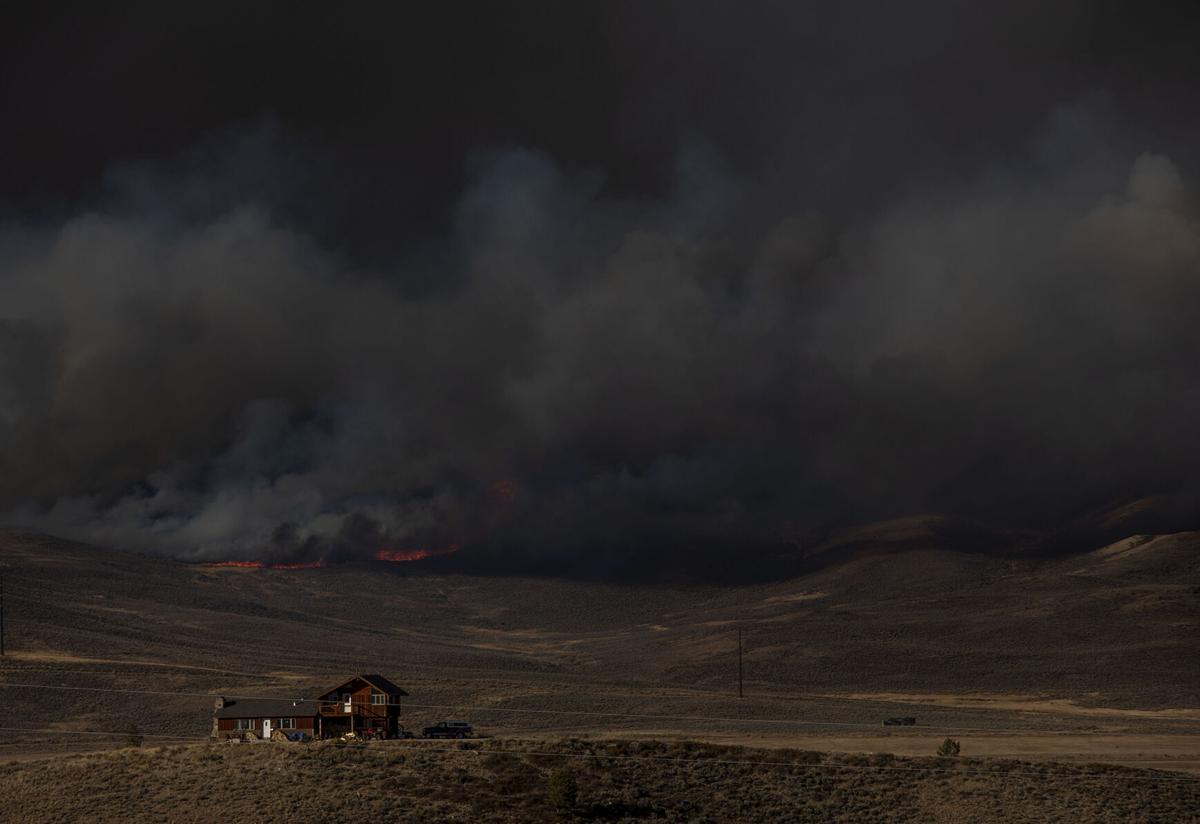 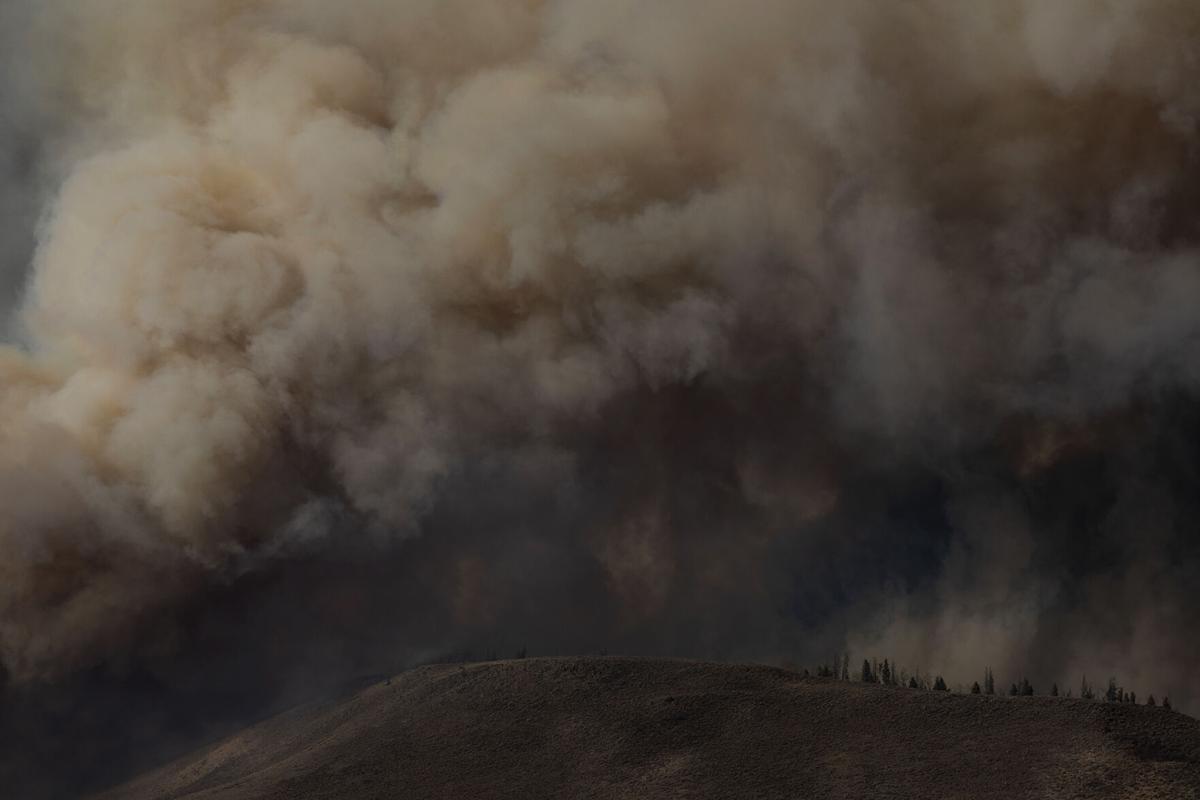 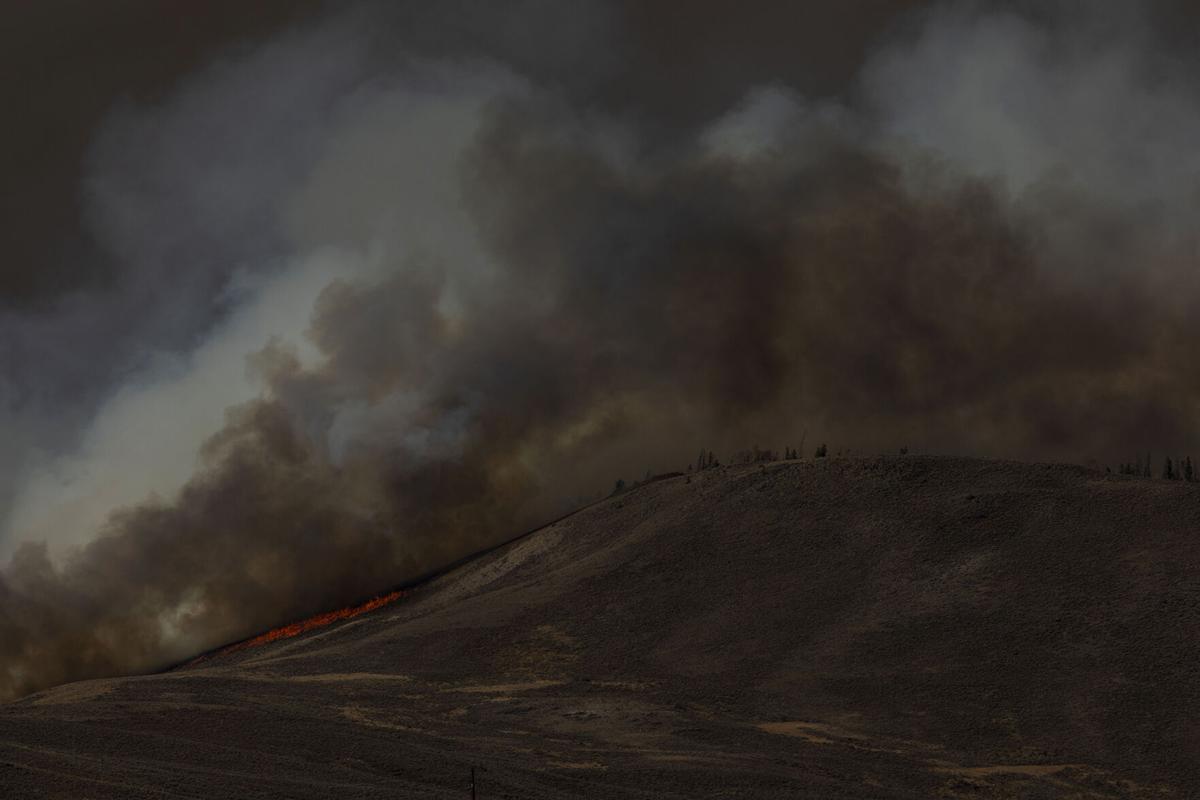 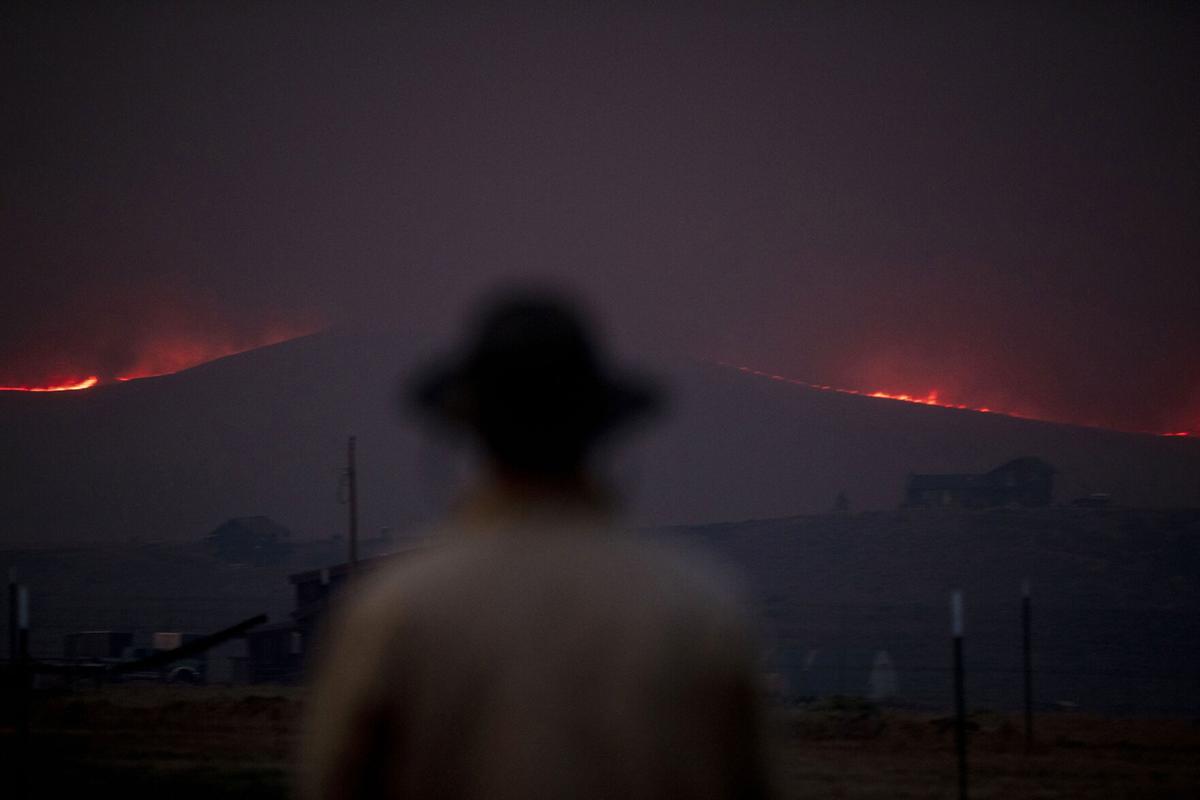 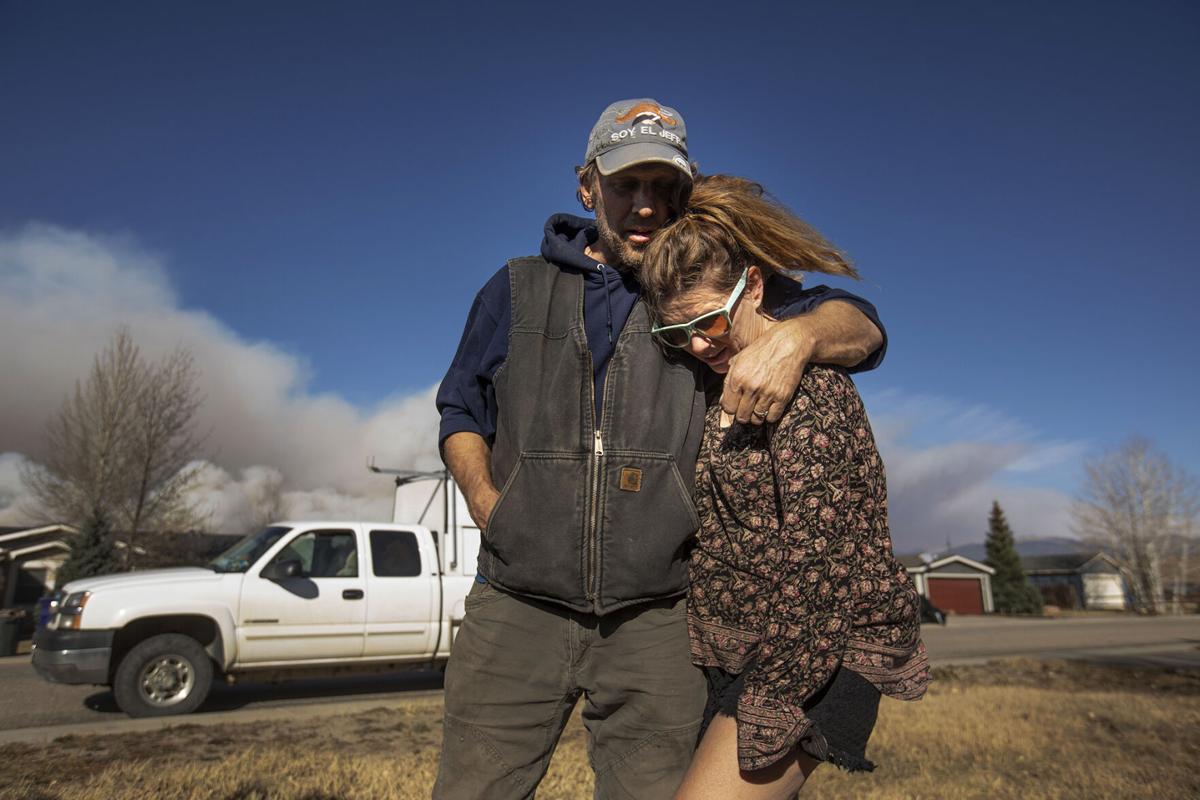 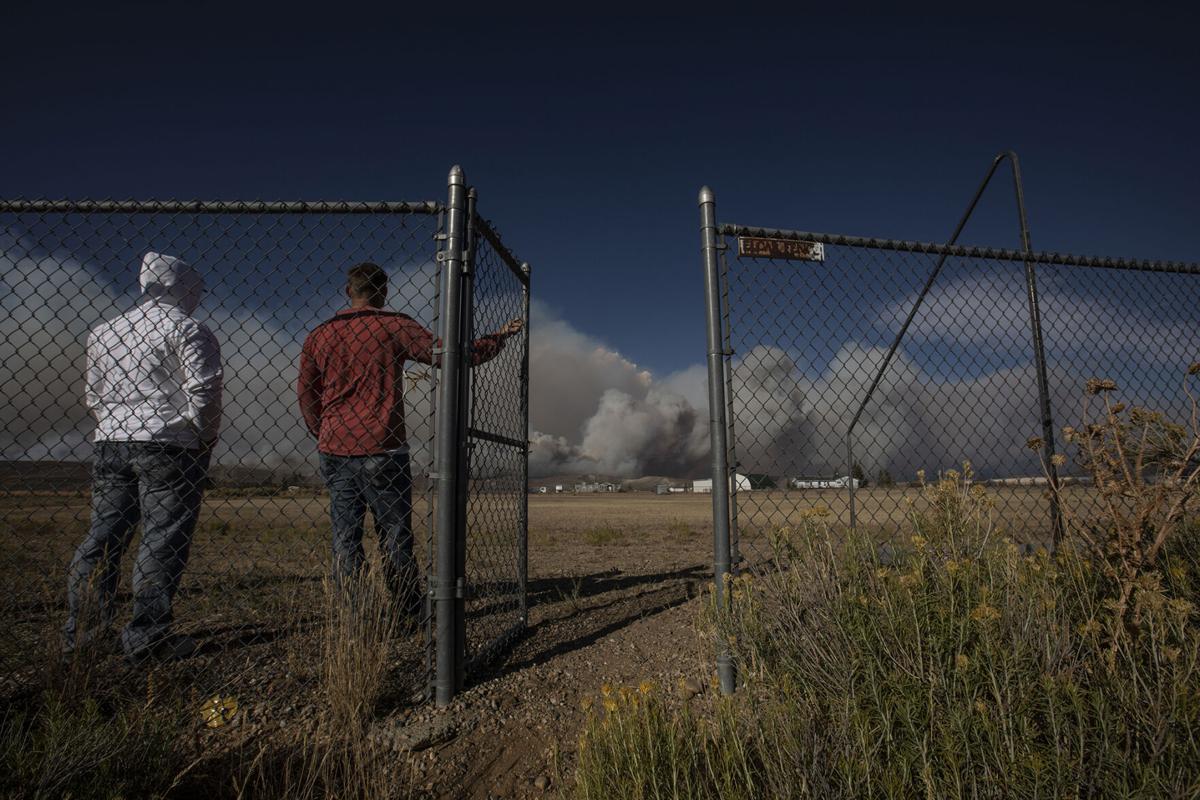 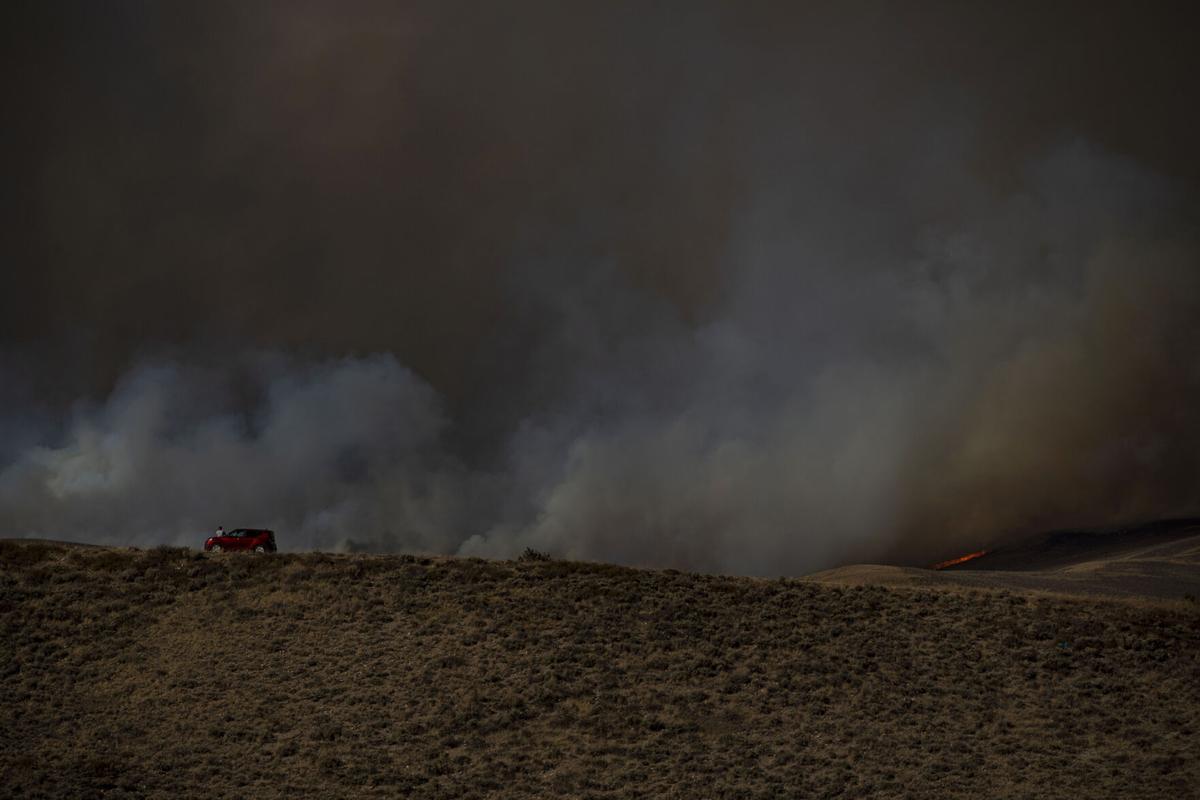 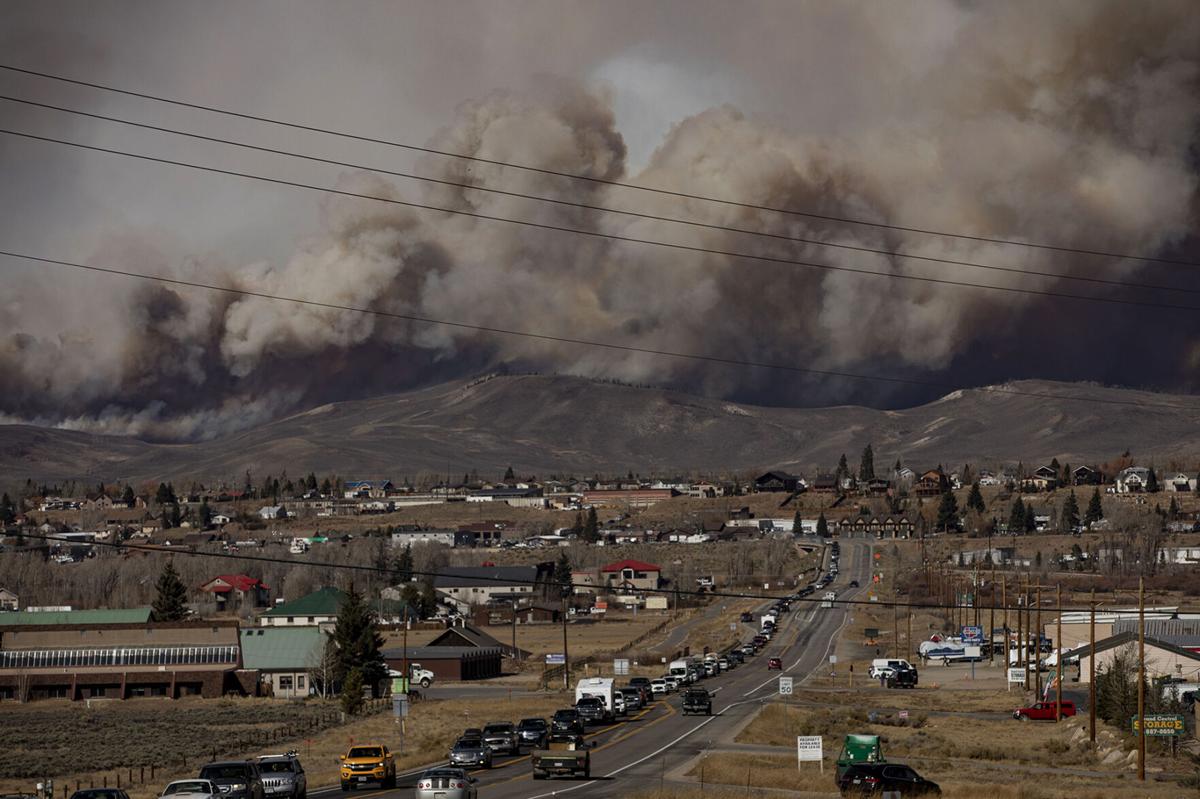 GRANBY -- Thomas Job fell in love with the town of Granby while enrolled at a culinary arts school in Denver in 2013.

After graduation, Job moved to the town that is nearly two hours northwest of Denver after accepting a job as a chef in Kremmling. But on Wednesday evening, as Job began packing up his belongings and extra food for his white and black 6-year-old English mastiff, Rose, he realized the true severity of the fire.

"Since the (East Troublesome fire) began exploding last night, I feel like I've been having a continuous anxiety attack," Job said. "I slept maybe four hours last night, because I was glued to Facebook and constantly refreshing the emergency service page."

In little more than a day, the East Troublesome fire grew by at least 150,000 acres and is now the second-largest fire in the state's history. An estimated 170,000 acres have been burned, Noel Livingston, the incident commander, said in a press conference Thursday evening.

On Thursday, the city of Granby was listed as a pre-evacuation town, which kept many residents and travelers at the Inn at Silver Creek on their toes.

Ryan Morrow, a Castile Pines resident and owner of Morrow Flooring, has been working on three new houses near Granby for the last six weeks. He said that as the fire has progressed, his crew has kept an eye on the situation. By Wednesday night, they knew the situation was turning tragic.

"We watched (the flames) break the ridge last night, and I've never seen anything like it. At one point it looked like lava was flowing down the hill," Morrow said. "(Around noon Thursday) we saw what looked like grass on fire, so we called off the job"

"No work is worth it, so I told my guys to leave."

The Inn at Silver Creek is home to over 150 condominiums as well as around 100 hotel rooms. Last night, prior to the evacuation orders, the hotel had only 12 reservations, but by 9 p.m. they were fully sold out, said Rachel Purcell, a front desk worker.

And while Purcell felt obligated to show a happy face to every customer and resident at the Inn at Silver Creek, she was screaming on the inside.

"Luckily, I've worked in this little space for 10 years now, so everyone here is like my family, but I've been a nervous wreck and I've cried in private."

Weather conditions look to be more favorable for firefighters Thursday night into Friday. Wind speeds are expected to drop to around 15 to 20 mph, said Paul Schlatter, a meteorologist at the National Weather Service in Boulder.

Looking into the weekend, Saturday has the possibility to be another disastrous day, but some snow on Sunday could be a huge relief.

"Saturday could be another active day for the fire, just because it's going to be much windier and still really warm and dry," Schlatter said.

"The relief finally comes late Saturday after dark with a cold front. Very actually cold temperatures with highs and lows in the 20s to low 30s and several inches of snow from Sunday to Monday."

As the blaze continues to expand, the Colorado Department of Transportation has urged travelers to stay away from Colorado's high country.

“Limiting as much travel as possible over the coming days will help the state focus resources where they are most needed," CDOT Executive Director Shoshana Lew said in a news release.

"Every spun-out car and crash will require attention to get roads cleared again, and avoidable traffic makes it harder for first responders and evacuees to get where they need to go. Staying off the road when you can is a small way we can all (help) our fellow Coloradans during this hard time.”

As of 7:30 p.m. Thursday, Granby remained under a pre-evacuation order, which left Job and Purcell questioning what happens next.

"If we have to car camp, we'll do it. If I have to drive all the way down to Denver to say with family, I'll do it, but I'm not looking forward to the long ride," Job said.

"It's a bummer, but yeah, something like this is always in the back of your head. It's like there could be an avalanche or there could be paths closing in the winter, it's just part of living in the high country, and it's scary, but it's something you know can happen.

"If it rips through our community ... I hope I can stick around Grand County, but if worse comes to worse, I'll move back to Michigan."

The East Troublesome fire more than lived up to its name, growing by more than 140,000 acres in the past two days to become the second largest wildfire in state history and forcing thousands more residents to hurriedly flee their homes, authorities said.