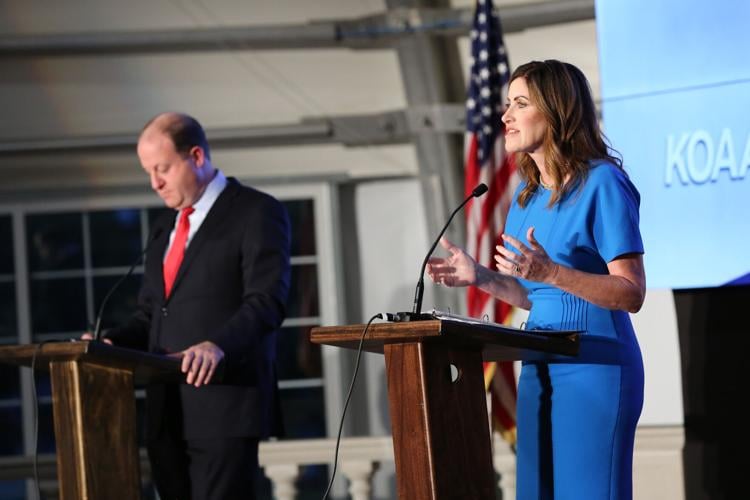 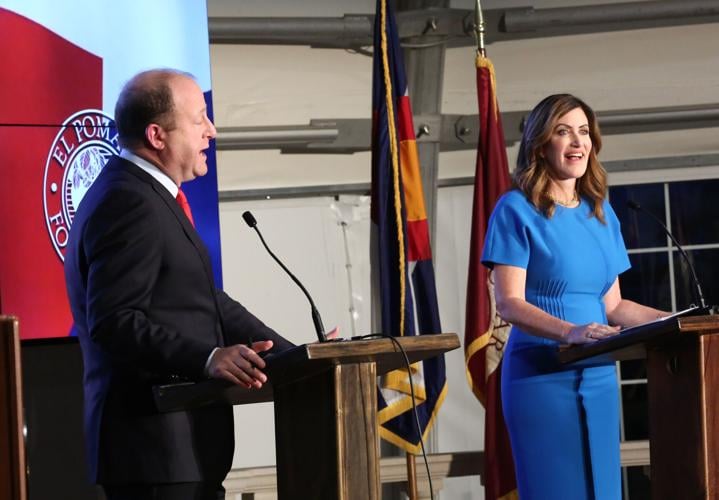 Few debates end with a clear and concise winner. Sunday provided an exception in Colorado Springs, where Republican gubernatorial candidate Heidi Ganahl won a decisive victory against Gov. Jared Polis in a debate sponsored by The Gazette, The Denver Gazette, Colorado Politics, KOAA News 5 and the El Pomar Foundation’s Forum for Civic Advancement.

Ganahl, an indisputable underdog, convinced much of the audience she’s “a mom on a mission” to fix a litany of problems. She blamed the governor for supporting criminal justice reforms that caused Colorado’s soaring crime rate.

“Public safety? He’s had four years. He wants another term to fix the problems he has created,” Ganahl said.

A moderator asked Polis if he had gone too far with criminal justice reform.

“Crime is up in Republican states, it’s up in Democratic states, and some of the top states in the nation,” Polis said.

The answer fell flat because few states have seen anything like Colorado’s record-setting crime surge. We lead the country in car thefts, bank robberies and porch piracy. We have among the highest rates of increases in fentanyl deaths. Denver has the second-highest rape incidence among all major cities. Colorado leads the country in cocaine use. Murders are rising. The list goes on.

“Jared’s bad policies are killing our kids," Ganahl said. "…Since Jared decriminalized fentanyl, more people in Colorado have died of drug overdoses than we lost in 20 years of war in Afghanistan.”

Polis took credit for tuition-free preschool and kindergarten, which he emphasized at the opening of the debate. He lowered health care costs for Coloradans who buy insurance on the state’s healthcare exchange. He capped the price of insulin. Polis deserves credit for all of that.

Polis talked about saving money for Coloradans. Ganahl fired back, explaining that Colorado leads the country in inflation. She characterized the governor’s early return of constitutionally mandated tax refunds as a campaign stunt.

The U.S. Congress Joint Economic Committee found this summer “inflation is imposing the greatest monthly costs on families” in Colorado, where households will pay $11,249 more this year for basics than in 2021. The refunds Polis campaigns on were $750 for single filers and $1,500 for couples.

Ganahl tied the state’s disproportionate inflation to Polis adding 4,000 state employees and growing state government by 23%. She linked inflation to a 27% increase in the closure of small businesses during the first half of 2022. Colorado has a substantial increase in government-funded incomes chasing supplies of private-sector goods, services and commodities that are not keeping up.

Both candidates have stated their desire to eliminate Colorado’s income tax. Ganahl promises to achieve the goal within eight years. Polis balked.

“There is no way for my opponent to implement her tax scheme without slashing funding for schools, slashing funds for law enforcement and forcing local governments to raise property taxes,” Polis said.

“His plan would cost $46 more a gallon in gas if he goes to a carbon tax,” Ganahl said.

Ganahl blamed Polis for rising energy prices, saying he has “devastated” oil and gas production by imposing a hostile regulatory environment that runs producers out of the state.

In closing, Ganahl slammed Polis for a record he can’t run on.

“This is an election, not an auction. You can’t buy our votes with $24 million in fake TV ads telling us everything is just fine. You can’t run from this terrible record,” Ganahl said, eliciting applause.

Ganahl’s “mom on a mission” to unseat Polis is a mighty high goal. If she can sell it in the next three weeks, she could prove miracles true.

Debate claim: Did Polis 'fire' women who chose not get a COVID vaccine?

The record shows that Gov. Jared Polis favored a vaccine mandate on health care workers at the height of the pandemic, and reports at the time said several who refused – it's not clear how many exactly – were fired or forced to leave their jobs.