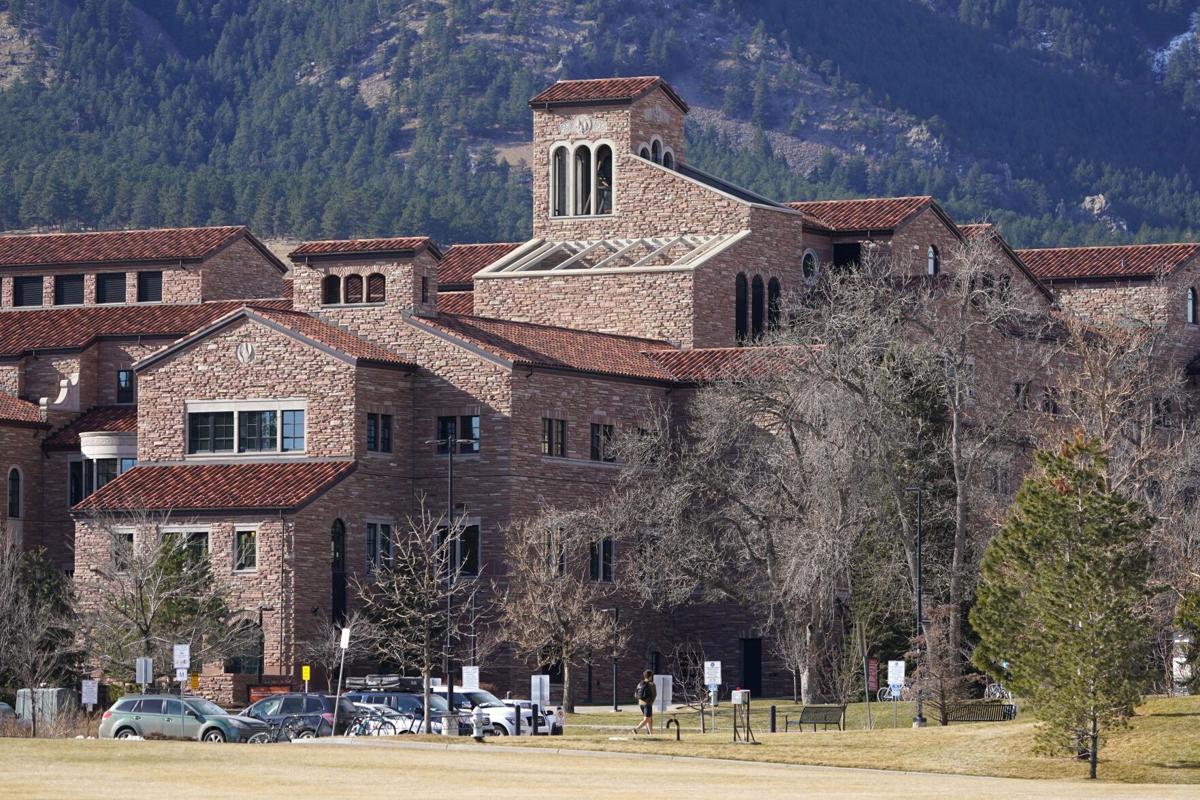 The campus of the University of Colorado in Boulder. 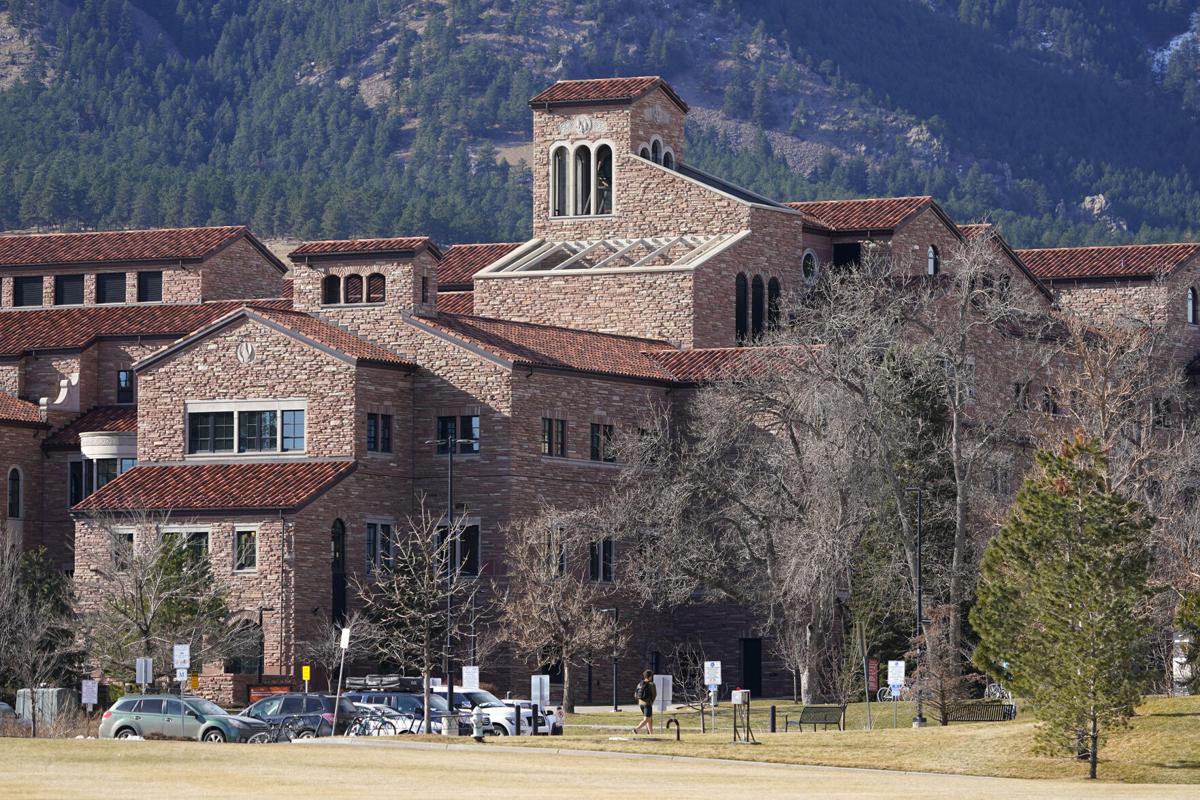 A lone student walks amid the buildings on the campus of the University of Colorado in Boulder.

The campus of the University of Colorado in Boulder.

A lone student walks amid the buildings on the campus of the University of Colorado in Boulder.

A modern surge in racism flourishes in higher academe. The general public must see this and demand a course correction before paying tuition.

Racism involves an irrational focus on one or more aspects of an individual or group's color, language, accent, ethnicity, regional origin, or other immutable traits not relevant to character, talent, and actions. A racist advocates decisions based on race.

All racism should seem irrational to reasonable and compassionate individuals. Politicians demonize opponents by calling them racist. This would have no damaging effect in a predominantly racist, irrational country. "He's a racist" works as a weapon only if the audience frowns on racism.

EDITORIAL: New hope for the old normal at Colorado schools

Because racism is so repugnant and destructive to the collective welfare of society, the public should applaud the University of Colorado for ostensibly opposing racism. If only it were true.

CU has an official "Antiracist Creed" published on the website of the Ethnic Studies Department. It reads like this:

"...I agree to: Be accountable for intentional and unintentional racist comments and behaviours (SIC) I make and/or witness. Take full responsibility to learn why my comments and/or behaviours are racist and be willing to repair the damage/impact I caused; all while educating myself and growing to dismantle my prejudiced/racist behaviors and thinking. I agree to acknowledge that phrases such as 'tolerating differences' and 'recognizing differences' perpetuate racial inequities where BIPOC (Black, Indigenous, and People of Color) experiences are socially constructed as 'differences.' Such phrases deny the historic and intentionally systemic forms of racism that white supremacy subjects BIPOC people to..."

If this were an actual anti-racism statement, it would include: "I view critical race theory as institutional racism with a fancy name."

Despite CU's self-professed abhorrence of racism (perhaps the lady doth protest too much), the university teaches it with zeal. The School of Education "is committed to building a critical mass of BIPOC (Black, Indigenous, and People of Color) faculty, staff, and students, to transform the culture of the School of Education." Toward this goal, that department and others plan to "expand" instruction of "Critical Race Theory."

It sounds like a righteous venture into the teaching of diversity, multiculturalism, anti-racism, and tolerance. It is not.

As explained by Christopher Rufo — a four-time PBS filmmaker and executive director of the Documentary Film Foundation — "critical race theory is fast becoming America's new institutional orthodoxy" even though "most Americans have never heard of it."

Rufo, writing in the Hillsdale College publication Imprimis, rightly summarizes how Marxism failed in the United States because it required class warfare among workers and industrialists. That division stalled because workers in the West comprise a flourishing and comfortable middle class that has no appetite for waging a self-destructive battle with corporations that support their lifestyles.

Without warring economic factions, hard-left revolutionaries learned racial strife could replace economic envy in the effort to destroy capitalism. Through racial division, the far left could undo a system that rewards merit and accomplishment. A new order will allocate wealth and stature on a basis of group identities (tribalism) determined mostly by physical features (think Rwanda's Hutu and Tutsi divide).

UCLA Law Professor Cheryl Harris uses critical race theory to advocate the seizure of private property for redistribution on a basis of race. Too many white people own homes, so let's give them by force to "people of color" (they used to say "colored people").

Critical race theorist Ibram Kendi, of Boston University, wants a federal Department of Antiracism to control the speech of public figures identified by the agency as insufficiently antiracist. If that sounds far-fetched, don't forget Kennedy. A university that emphasizes critical race theory censured him for "failure of leadership with respect to diversity, equity and inclusion."

Critical race theorists see America's most fundamental constitutional values — free speech, freedom of religion, gun rights, property rights, equal protection, and more — as racist. They denounce equality and equal protection, which allow individuals the freedom to pursue life, liberty, and happiness. Instead, they want "equity" — the equal distribution of wealth based on group characteristics without regard for individual choices and contributions. In their world, a young drive-thru clerk of the right color might have the same house, car, and income as a Level-1 trauma physician. To the racist, race matters more than anything else.

Capitalism sees only green. Racism, by stark contrast, devalues an individual's God-given qualities, efforts, and accomplishments by putting an emphasis on skin. To know this fact is to understand critical race theory — the hottest new subject in academia, where nearly all-white faculties treat minorities like chattel for a left-wing revolution.