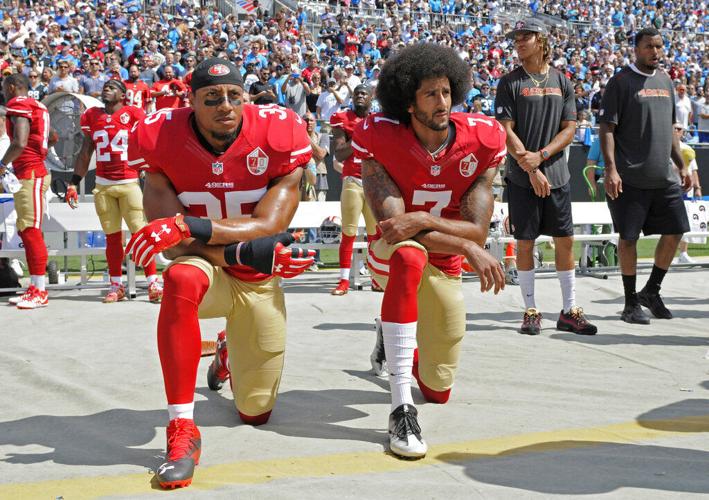 FILE — In this Sept. 18, 2016, file photo, San Francisco 49ers’ Colin Kaepernick (7) and Eric Reid (35) kneel during the national anthem before an NFL football game against the Carolina Panthers, in Charlotte, N.C. 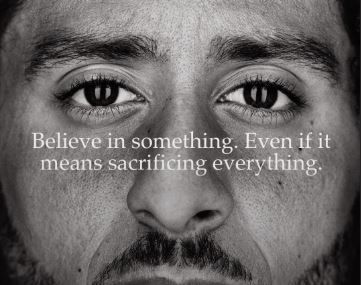 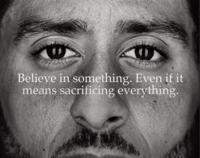 FILE — In this Sept. 18, 2016, file photo, San Francisco 49ers’ Colin Kaepernick (7) and Eric Reid (35) kneel during the national anthem before an NFL football game against the Carolina Panthers, in Charlotte, N.C.

Former NFL quarterback Colin Kaepernick has made millions by taking a knee and starting a trend. He no longer has to play football to get rich, and he has no real interest in doing so. If he does not play, he is perceived as a martyr — a man who tweets “believe in something, even if it means sacrificing everything.”

Kaepernick wants us to believe he cannot play football because he opposes police brutality against Black suspects and stands against slavery, an institution his country ended with a civil war and a formal proclamation in 1862.

Last year, Kaepernick staged a media event in which he would ostensibly show the world how well prepared he was to return to the NFL after having no contract since 2016. At the last moment, he snubbed the NFL and the media by moving the “workout” from the Atlanta Falcons practice facility to a high school field 60 miles away. Even the media’s best efforts at spin could not undo the fact Kaepernick sabotaged his feigned attempt at a comeback.

Kaepernick has no good reason to play in the NFL. Without risking broken bones and concussions, Nike pays him millions each year to sell shoes by playing the role of a social justice martyr. His kneeling to the flag caught on with a majority of professional athletes after bystanders caught cell phone footage of a white cop in Minneapolis killing Black defendant George Floyd by kneeling on his neck for most of nine minutes.

Nearly all Americans are saddened and outraged by the killing of Floyd and others unjustly abused or killed by law enforcement. Nearly all Americans oppose slavery. This country won a war to end it in the 1860s and has fought and won scores of civil rights battles in the ensuing 160 years.

We should assume Kaepernick hates slavery, especially after he showed up at his self-destroyed made-for-TV workout in a shirt honoring Kunta Kinte — a slave in Alex Haley’s 1976 bestselling novel and hit TV series “Roots.” The book and series did well because American audiences abhor slavery and injustice and generally stand with every social justice issue Kaepernick advocates.

Because Kaepernick opposes police brutality, slavery, and other injustices associated with race and ethnicity, the Robert F. Kennedy Human Rights Organization plans to give him one of the five 2020 RFK Ripple of Hope Awards. The award honors those who have “demonstrated a commitment to social change.”

Though no one should oppose a stand against social justice based on race, religion, creed, national origin, gender, or sexual orientation, serious social justice defenders should scrutinize anyone singled out for a social justice award.

If Kaepernick really opposes racial injustice and slavery, he will become a true martyr by parting ways with Nike and making a sincere effort to return to football. By hiring a self-styled civil rights crusader to help sell shoes, a man supposedly punished for his opposition to racial injustice, Nike successfully distracts consumers from the business it is in.

The Nike business model: Like so many others selling goods to US consumers, Nike profits off of the forced labor of slaves on a massive scale. If Kaepernick lives and sacrifices personally for the cause of social justice, he should not take money earned on the backs of slaves who are tortured and abused each and every day — not in the 1800s, but today.

Chinese communists have captured and locked up more than one million Uyghurs in concentration camps because of their ethnicity and religious beliefs. The government forces abortions and sterilizations on Uyghur women. Drone footage shows the brutal conditions of slave camps, in which the government handcuffs, blindfolds, and herds Uyghurs into train cars as human chattel.

The Australian Strategic Policy Institute published a recent report titled “Uyghurs for sale” that linked 83 global brands —most notably Nike — with slave labor in China. Nike stands out because it uses Kaepernick to profess company values that stand firmly against human rights atrocities. Perhaps the lady doth protest too much.

In a rambling statement attesting to the company's desire for better "work" conditions, Nike promises to "increase respect for human rights and to accelerate positive impact in the countries where we and our suppliers operate." That must bring great comfort to abused slaves making sneakers because of their ethnicity and beliefs.

Kaepernick’s kneeling for justice has majorities of professional baseball and basketball coaches, players, and referees following his lead in opposing racial and social injustice. They mean well but have been misled. Most are wearing shoes made for them by slaves. If they are serious about kneeling for equality, they will wear products made in return for just compensation in countries with civilized labor laws.

If they are serious, they will demand Nike and Kaepernick stop profiting from slaves while professing social justice.