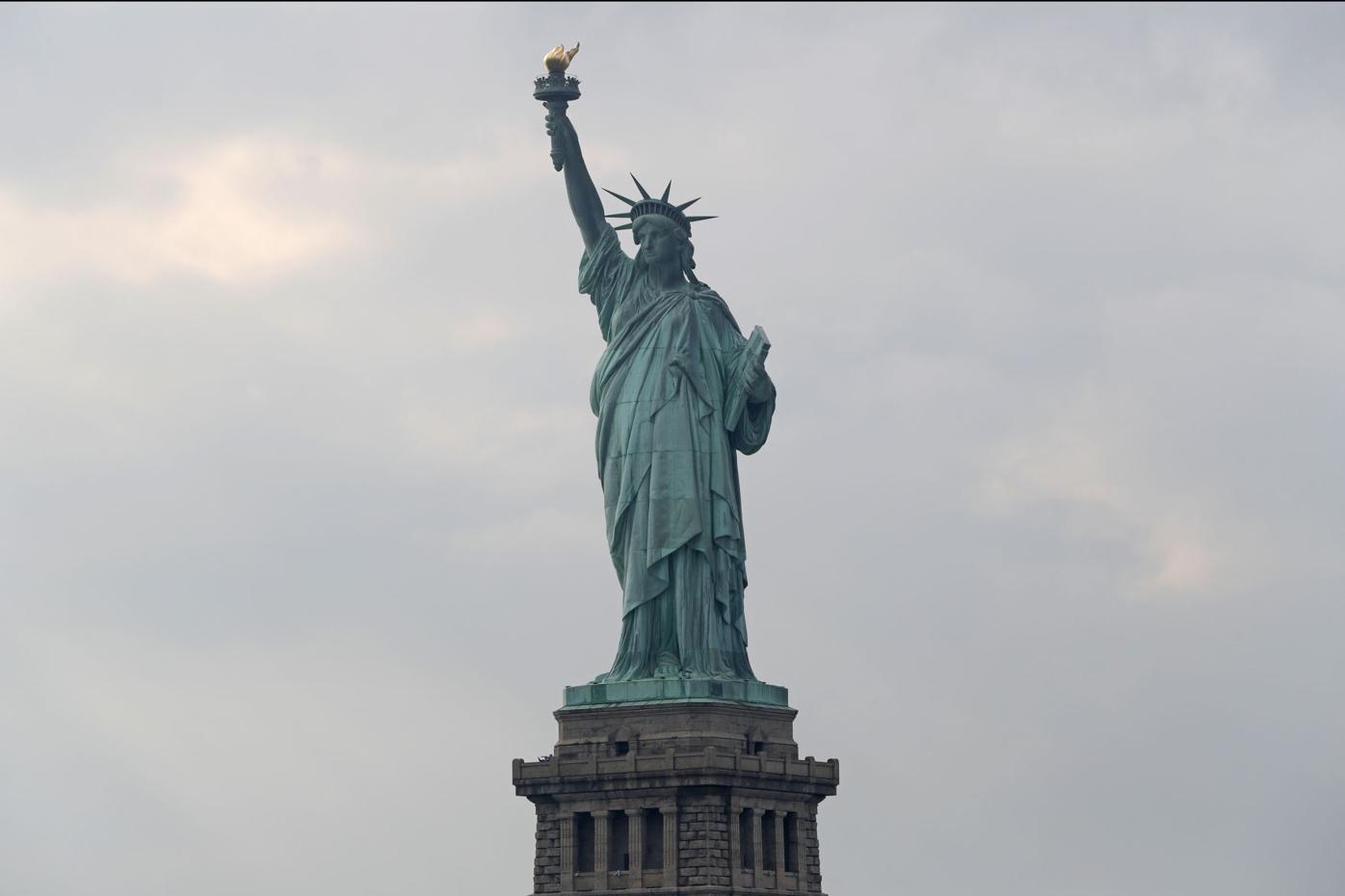 The Statue of Liberty is shown in New York. 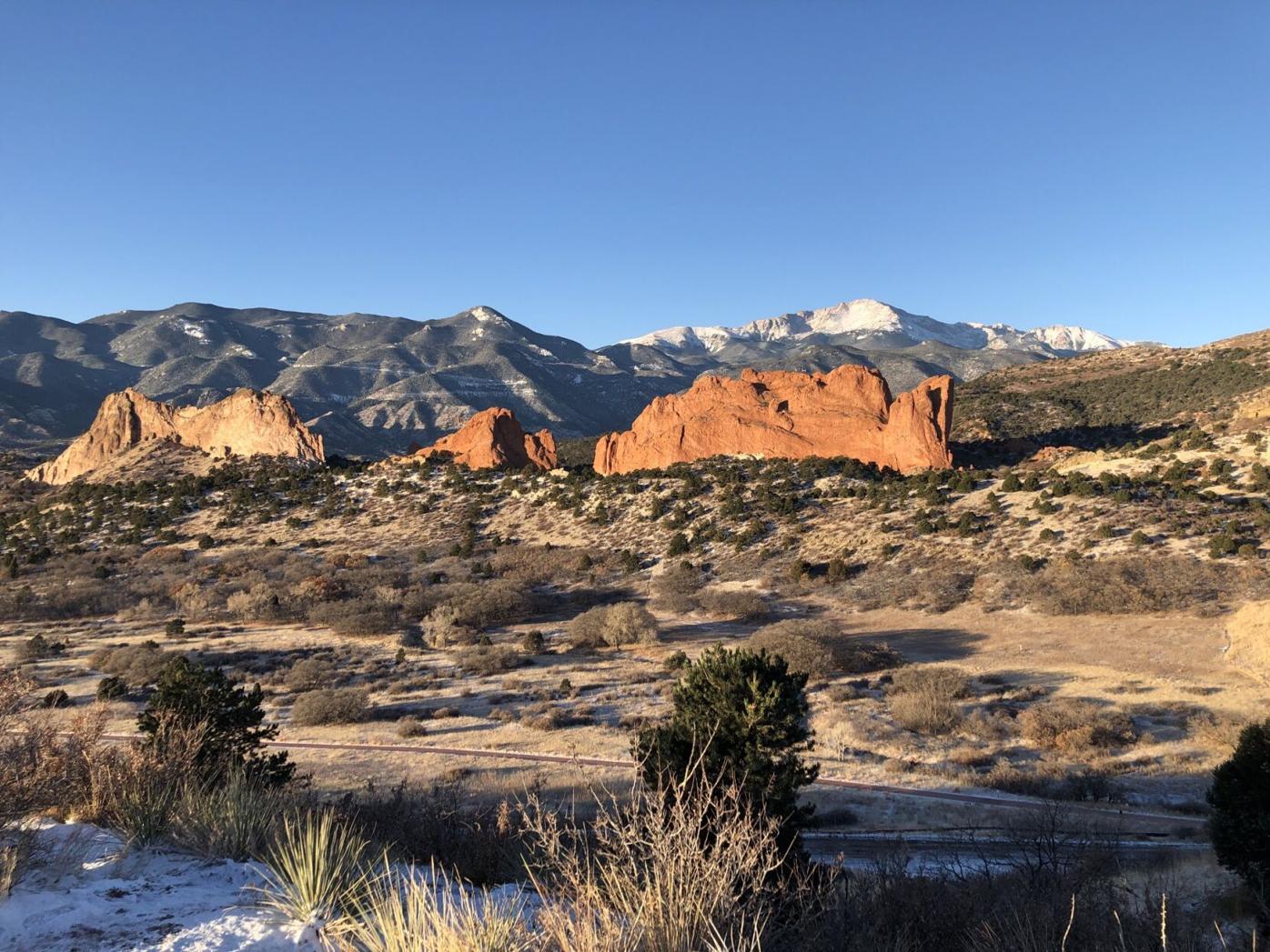 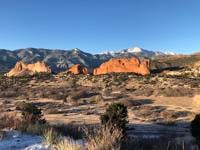 Colorado Springs woke up on Thanksgiving 2021 to a little snow on Pikes Peak.

The Statue of Liberty is shown in New York.

Colorado Springs woke up on Thanksgiving 2021 to a little snow on Pikes Peak.

This year’s Thanksgiving comes as giving thanks seems awkward. By unvetted outward appearances, the United States can seem like a hellhole of racial division and economic disparity. As Americans gather for the feast that kicks off a holiday season of Christmas, Hanukkah, Las Posadas, winter solstice, Kwanzaa, and more, we must acknowledge what we should not be thankful for:

• Thousands of Americans and allies remain trapped in Afghanistan.

• China, Nigeria, Egypt, Syria and other major countries are escalating racial and sectarian oppression and slavery.

• Airline cancellations, largely due to labor shortages, stand to leave friends and relatives waiting in airports instead of joining family gatherings.

• Mentally ill and substance-addicted people will spend the holidays in tents and boxes on cold city sidewalks.

• Soaring prices for gasoline and food will make for too many lean celebrations and the absence of friends and relatives unable to travel.

• Survivors of those killed in the nationwide crime wave will mourn empty seats at the table.

• Nearly all families and individuals begin Thanksgiving with the loss of friends, colleagues, and relatives who comprise the nearly 800,000 Americans killed by COVID.

• The United States is reverting to dependence on energy from hostile nations that abuse minorities.

• American racists persist in trying to reverse generations of progress toward unity by labeling individuals as “oppressed” and “oppressors” on a basis of race.

• The opioid crisis continues killing people who should be gathered to celebrate life.

Anyone could easily devise a longer and more depressing list of horrible details in this era of lost lives and hardship. Yet, those so fortunate to live on U.S. soil have more reasons to give thanks than to bemoan what is wrong.

Although we saw a spike in global poverty that correlates with the pandemic, the growth of capitalism around the world continues reducing poverty. The 2021 estimate of 698 million living in extreme poverty, roughly 9% of the world’s population, compares with 1.1 billion — a whopping 16% of global population — in 2010.

As racists cling to old and new forms of academic racism cloaked in pseudo-scholarly phrases, recent elections indicate parents of all ethnic and genetic backgrounds are standing up for inclusion and diversity and saying “no” to division.

Members of the LGBTQ community — who were too long on the margins of society — are finding increasing acceptance at family gatherings, in politics and in the rest of the culture.

As Americans see the images of a growing humanitarian crisis at their southern border, they should acknowledge that our country remains so stupendously wealthy, generous, and diverse that individuals and families from other countries want desperately to live and work here.

Although COVID continues to spread, the power of capitalist innovation has new vaccines saving lives. The same innovative spirit that created vaccines has led to monoclonal antibody immunotherapy, which saves the lives of COVID patients.

Although Americans look back on a year of race riots unseen since the 1960s, our country has made enormous progress toward the goal of freedom and justice envisioned by the men and women who founded the country. Census data show fewer than 19% of Black Americans live in poverty. The number should be zero, but it is half the rate of the mid-1960s.

As of 2019, more than 26% of Black Americans had earned four-year college degrees. That compares to 4% in the 1960s. Before the COVID pandemic shut down much of the economy, Black unemployment had reached an all-time low of 5.5% — a dramatic decrease from about 17% just 10 years ago.

We should give thanks that our justice system works. A week after it acquitted a teenager who killed two white convicts in self-defense, it convicted three southern white racists — Travis McMichael, Gregory McMichael, and William “Roddie” Bryan — of lynching Ahmaud Arbery, a Black man who peacefully jogged through their neighborhood as they chased him down and killed him. The racists will likely die in prison.

All demographics have achieved progress in the U.S. since the first Thanksgiving celebrations in the 17th century. Some of the most dramatic improvements — such as the Civil Rights Act of 1964 — have come during the lifetimes of Americans living today. This year’s 117th Congress includes 54 Black representatives, 44 Hispanics, 19 Asian Americans, and five Native Americans. That compares with five congressional minorities in 1962.

Despite the efforts of radicalized activists to portray this country as a bastion of hatred and racial strife, we have much to celebrate. The United States has a long way to go toward perfection, but the facts reveal a country that has made steady progress for 245 years toward reducing poverty, injustice and disease while increasing outcomes and opportunities for all.

Today, as we celebrate unity and an abundance of food, we should hope and pray that all the world will achieve the ever-improving American standard of freedom, justice, prosperity and health.