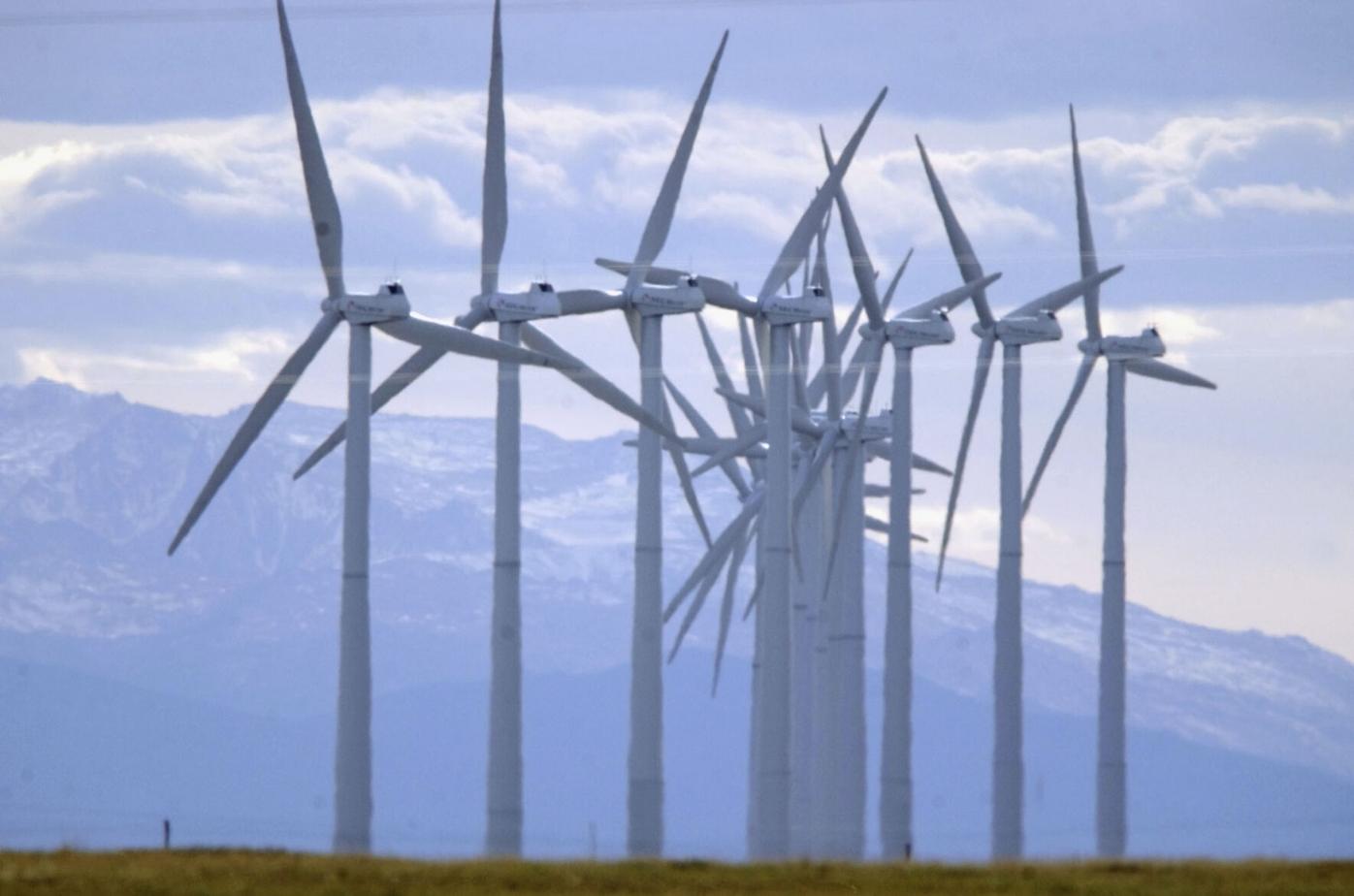 Turbines blow in the wind at an Xcel Energy wind farm located on the border of Colorado and Wyoming south of Cheyenne. (AP Photo/David Zalubowski, File) 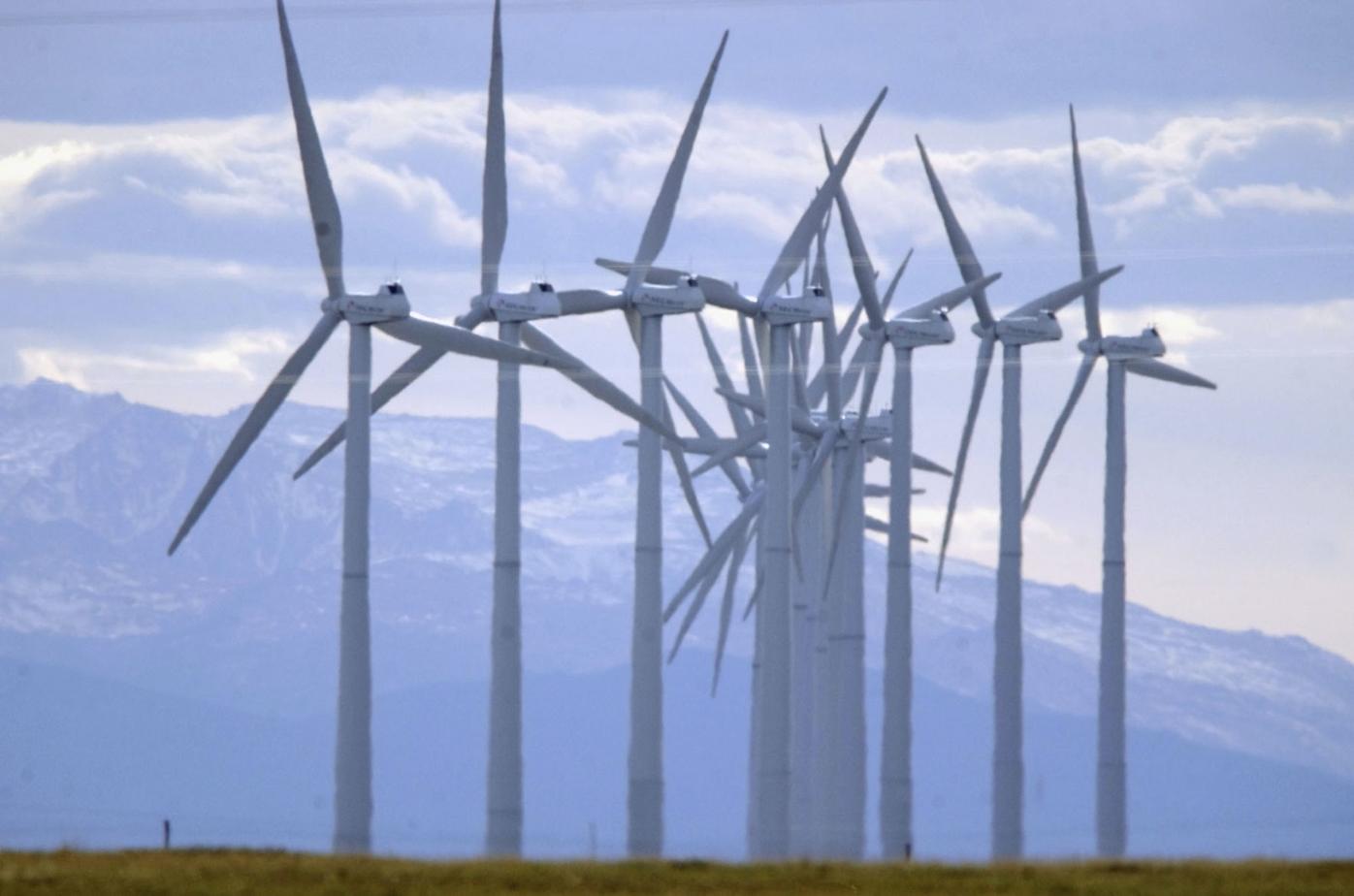 Turbines blow in the wind at an Xcel Energy wind farm on the Colorado-Wyoming border south of Cheyenne.

Turbines blow in the wind at an Xcel Energy wind farm located on the border of Colorado and Wyoming south of Cheyenne. (AP Photo/David Zalubowski, File)

Turbines blow in the wind at an Xcel Energy wind farm on the Colorado-Wyoming border south of Cheyenne.

Coloradans are facing steep rate hikes in their utility bills in coming months. Although there’s blame enough to go around, a news report last week by our affiliate Colorado Politics makes clear the biggest factor is the spiraling price of natural gas on the global energy market. Gas supply has remained flat amid surging demand worldwide. So, of course, its price has soared.

As a result, the large public utilities that serve most Coloradans — using natural gas to generate much of their electricity nowadays, as well as supplying gas for home heating — are passing its rising price on to the consumer. As a result, some Colorado consumers will pay as much as 50% more for their utility bills than they did last winter.

Yet, as Colorado Politics’ in-depth report also explains, an overemphasis on renewable energy sources that aren’t ready to bear the full load of the world’s energy needs seems to be driving the sudden demand for natural gas — and driving up utility rates.

The advanced economies of western Europe have made the arguable strategic error of curtailing domestic natural gas production as they go all in for renewables like wind and solar power. Observers have pointed out that continental Europe as well as the United Kingdom went through an unusually windless summer, hampering generation of wind power. That has been followed by colder-than-normal winters across Europe and Asia. So, they have been buying up gas as they ramp up their gas-fired power plants.

Adding to the demand for natural gas has been the reboot of a global economy that had been idled by the pandemic.

Meanwhile, much closer to home in Colorado, the green-energy devotees who wield the levers of political power in the executive and legislative branches of government have continued to curb the state’s natural gas producers in the hope of advancing wind and solar power. That has mirrored the Biden administration’s federal policy clamping down on natural gas exploration and production.

The ardent advocates of a fast track to a renewables-only energy portfolio for Colorado and the nation coyly contend that natural gas price “volatility” makes all the more of a case for the headlong rush to renewables alone. (That’s even though, as yet, the industry lacks adequate battery technology to store the energy generated by wind and solar power.)

What the green diehards fail to acknowledge is that a premature commitment to renewables — only to have to revert to natural gas and coal in a crunch — is playing a pivotal role in the volatility of the market for traditional fossil fuels.

It all makes the case anew for maintaining a more balanced energy policy that accommodates a move viable mix of energy sources, both traditional as well as renewable. That includes nuclear power. Wind and solar power have tremendous potential; natural gas is reliable and abundant, especially in Colorado.

Shutting down either end of the energy spectrum is likely to stress the other and play havoc with the energy market. Undermining Colorado’s oil and gas industry in particular would cripple a cornerstone of our entire state economy.

And that’s not to mention what it does to our state’s utility ratepayers.