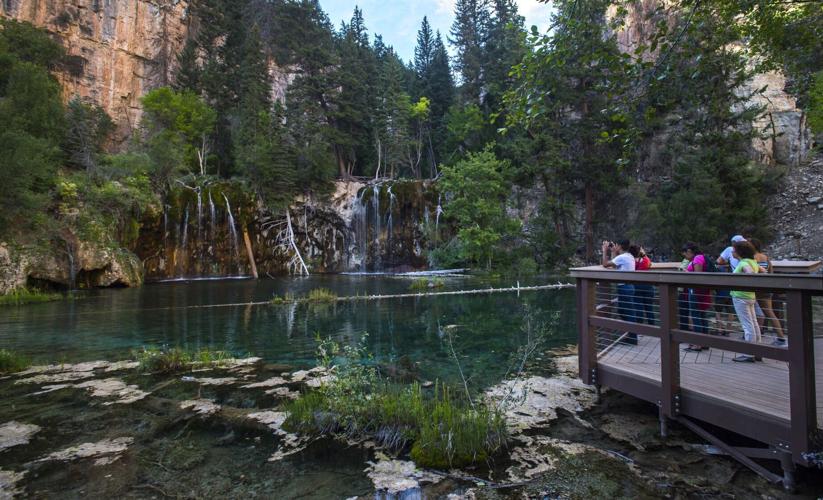 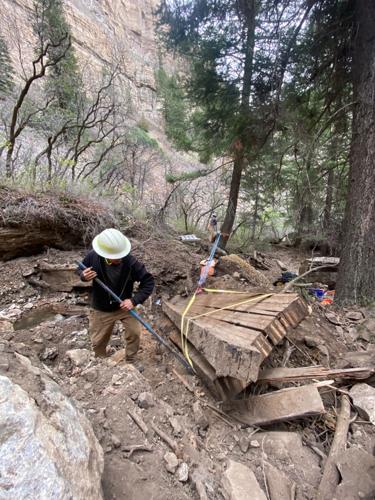 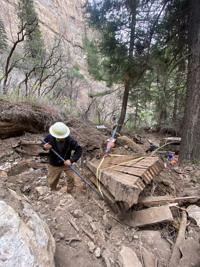 Hard-working crews are to thank for Hanging Lake Trail being ready to reopen this summer. Bridges have been repaired and debris cleared from a 2020 wildfire. 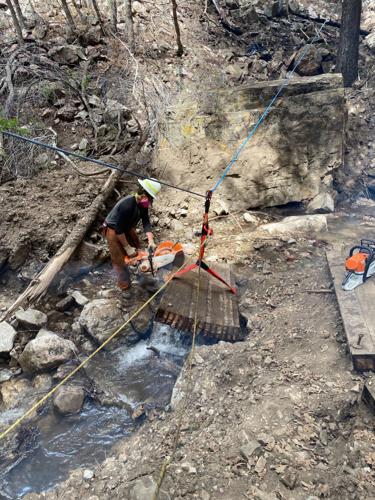 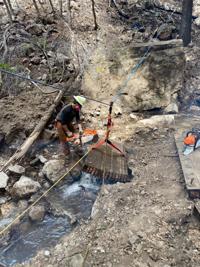 Hard-working crews are to thank for Hanging Lake Trail being ready to reopen this summer. Bridges have been repaired and debris cleared from a 2020 wildfire.

Colorado's beloved Hanging Lake Trail will reopen this summer after nearly a year being closed in the wake of a wildfire and mudslides. The plan is to return hikers to the trail June 25, according to David Boyd, White River National Forest public affairs officer. (Video courtesy Summit to Se…

Colorado's beloved Hanging Lake Trail will reopen this summer after nearly a year closed in the wake of a wildfire and ensuing, damaging mudslides.

Bridges have been repaired and debris cleared along the route through Glenwood Canyon, ending at the iconic, cascade-fed pool.

The plan is to return hikers to the trail June 25, said David Boyd, White River National Forest public affairs officer. Reservations that started in 2019 will be available again Monday, starting at 10 a.m. at visitglenwood.com. Per person slots will be $12.

The trail closed late last summer, amid rains and wreckage that persisted in the steep terrain left barren by 2020's Grizzly Creek fire. Initially, officials expressed doubt that the trail would reopen in 2022.

"Hanging Lake is a community treasure," Glenwood Springs Mayor Jonathan Godes said in a news release, "and we are so grateful that area residents and guests will be able to access it this summer so soon after last year's debris flows. We heard from across the state how important Hanging Lake is to Colorado."

Wednesday's announcement came with a word of caution.

"We still have an increased risk of flooding, debris flow, trees falling, rocks coming down," Boyd told The Gazette. "Any time you're in an area around where a wildfire has burned, that risk is increased."

He said that risk is part of why managers are not offering shuttle rides to the trailhead, as were debuted with the reservation system in 2019. Hikers will have to drive themselves to the parking lot.

In the case of thunderstorms and hazardous conditions in the canyon, "it's easier to get people out if they're in their own vehicles," Boyd said.

The news release noted the trail "may be closed with short notice depending on weather conditions following Colorado Department of Transportation protocol." Up-to-date trail status is expected to be posted on visitglenwood.com.

He said 615 permits will still be issued per day, unchanged from 2019. The recommendation, as ever, is to book a slot sooner than later.

"We expect high demand and a lot of interest, for sure," Boyd said.

Near Colorado Springs, motorsport enthusiasts get their thrills at park built just for them

With a $2.28 million grant from Great Outdoors Colorado, the goal is to design and build a trail "that won't have the same sorts of potential impacts from Mother Nature," Boyd explained. It is an ongoing initiative that figures to last several years, he said.

Also ongoing is a study to determine the still-mysterious source of Hanging Lake's waterfall.

Officials have suspected an entry from above the canyon, where water travels down and exits the limestone walls. Interest in finding that has heightened with concerns of the burn scar threatening future flows.

"There still could be impacts to Hanging Lake from sedimentation," Boyd said. "But we haven't really seen that yet."

Denver’s forecast calls for a mostly sunny day Thursday with highs in the 90s and some wind with gusts up to 28 mph, according to the National…